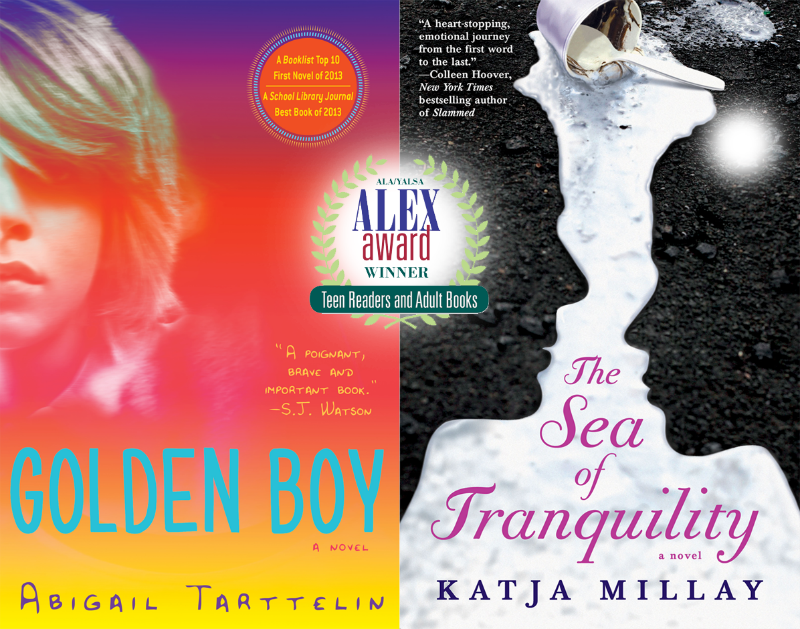 Congratulations to Atria’s ALA Winners!!

Each year, 10 books are awarded the Alex Award by the American Library Association to books written for adults that have special appeal to young adults, ages 12 through 18.  This year, Atria has 2 out of the 10 Alex Award winners: Golden Boy by Abigail Tarttelin, one of London’s 25 under 25 most influential people, and The Sea of Tranquility by Katja Millay, highly acclaimed Atria Indie Author.  Read more about these exceptional books below.

To celebrate, Atria is offering a pair of the winning books to give away to one lucky follower! 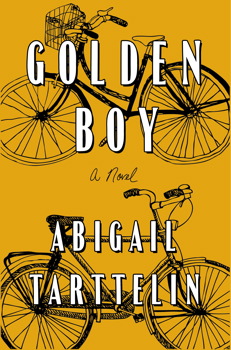 Max Walker is a golden boy. Attractive, intelligent, and athletic, he’s the perfect son, the perfect friend, and the perfect crush for the girls in his school. He’s even really nice to his little brother. Karen, Max’s mother, is determined to maintain the façade of effortless excellence she has constructed through the years, but now that the boys are getting older, she worries that the façade might soon begin to crumble. Adding to the tension, her husband Steve has chosen this moment to stand for election to Parliament. The spotlight of the media is about to encircle their lives.

The Walkers are hiding something, you see. Max is special. Max is different. Max is intersex. When an enigmatic childhood friend named Hunter steps out of his past and abuses his trust in the worst possible way, Max is forced to consider the nature of his well-kept secret. Why won’t his parents talk about it? What else are they hiding from Max about his condition and from each other? The deeper Max goes, the more questions emerge about where it all leaves him and what his future holds, especially now that he’s starting to fall head over heels for someone for the first time in his life. Will his friends accept him if he is no longer the Golden Boy? Will anyone ever want him—desire him—once they know? And the biggest one of all, the question he has to look inside himself to answer: Who is Max Walker, really?

Written by twenty-six-year-old rising star Abigail Tarttelin, Golden Boy is a novel you’ll read in one sitting but will never forget; at once a riveting tale of a family in crisis, a fascinating exploration of identity, and a coming-of-age story like no other.

The Sea of Tranquility ~ Katja Millay 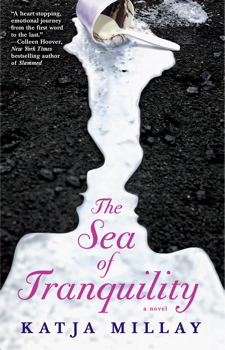 I live in a world without magic or miracles. A place where there are no clairvoyants or shapeshifters, no angels or superhuman boys to save you. A place where people die and music disintegrates and things suck. I am pressed so hard against the earth by the weight of reality that some days I wonder how I am still able to lift my feet to walk.

Former piano prodigy Nastya Kashnikov wants two things: to get through high school without anyone learning about her past and to make the boy who took everything from her—her identity, her spirit, her will to live—pay.

Josh Bennett’s story is no secret: every person he loves has been taken from his life until, at seventeen years old, there is no one left. Now all he wants is be left alone and people allow it because when your name is synonymous with death, everyone tends to give you your space.

Everyone except Nastya, the mysterious new girl at school who starts showing up and won’t go away until she’s insinuated herself into every aspect of his life. But the more he gets to know her, the more of an enigma she becomes. As their relationship intensifies and the unanswered questions begin to pile up, he starts to wonder if he will ever learn the secrets she’s been hiding—or if he even wants to.

The Sea of Tranquility is a rich, intense, and brilliantly imagined story about a lonely boy, an emotionally fragile girl, and the miracle of second chances.

I’m super excited to say that Golden Boy has won a 2014 American Library Association ALEX Award for Best Adult Books For Teen Readers! Thank you ALA!

Writing wise, Golden Boy is out in paperback this year (2014) and my first book Flick is going to be released in 2015 in special edition paperback. And then I’m working on the third!

I also write for a bunch of magazines and am Books Editor for Phoenix Magazine. In 2013, I was thrilled to be named one of London Evening Standard’s “25 Under 25” (just days before I turned 26).

I’m available and happy to Skype or FaceTime with reading groups, schools and book clubs – just send me a message either on Goodreads or via my website!

Thanks for stopping by! <3

Katja Millay grew up in Florida and graduated with a degree in film & television production from Tisch School of the Arts at New York University. She has worked as a television producer and a film studies and screenwriting teacher. The Sea of Tranquility is her first book.

One response to “Book Promos & Giveaway: The Sea of Tranquility by Katja Millay and Golden Boy by Abigail Tarttelin”