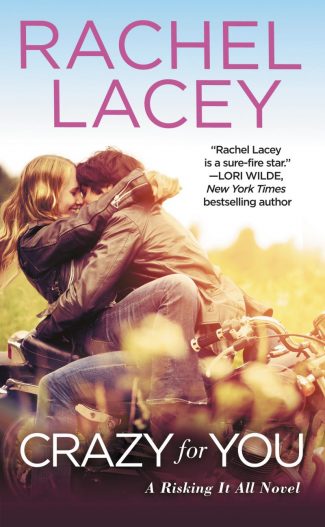 The second book in Rachel Lacey's irresistible contemporary romance series about three foster brothers who return to their hometown to open an extreme sports business, perfect for fans of Kristan Higgins, Rachel Gibson, and Jill Shalvis!

She's taking a walk on his wild side...

Emma Rush scan't remember a time when she didn't have a thing for Ryan Blake. Haven's resident bad boy is just so freakin' hot-with tattoos, a motorcycle, and enough rough-around-the-edges sexiness to melt all her self-control. Now that Emma's over being a "good girl," she needs a little help being naughty... and she knows just where to start.

Before Emma's brother enlisted in the military, he made Ryan promise that he would protect her from everything--including himself. When her brother doesn't come home, Ryan needs to turn his screwed-up life around to honor his pledge. But he knows he's still not the right kind of guy for someone as sweet as Emma. Only he can't stop wanting to be with her. Wanting her. Falling in love with a good girl may be the craziest risk this bad boy can take...

Series: Risking It All #2 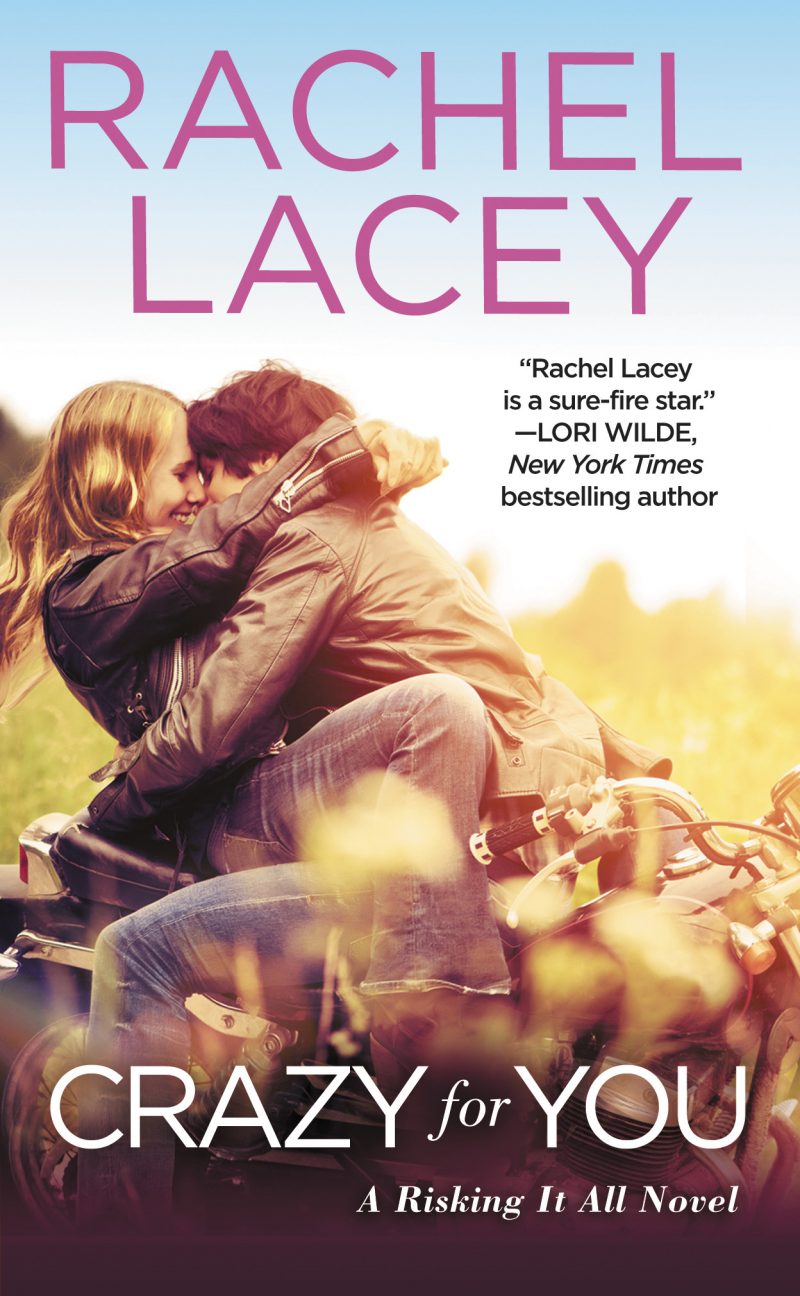 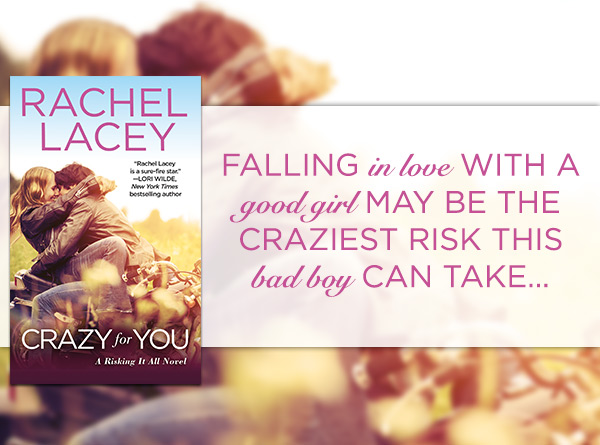 Ryan Blake held a bottle of Maker’s 46 in his right hand, a tumbler in his left. With a flick of his wrist, he tossed the bottle. It flipped once before landing back in his grip, top down, ready to pour. He filled the tumbler, set a napkin on the bar, and placed it in front of the brunette on the other side. “Bourbon, neat.”

“You’re good.” She picked up the glass and tipped it in his direction. “Not what I was expecting in this little bar in the middle of nowhere.”

“I try,” he said with the friendly, semi-flirtatious smile he always used on single ladies seated at his bar. She wasn’t wrong. The usual clientele at The Drunken Bear had little use for fancy liquor or bartending tricks, but the trio in front of him were tourists looking for a good time, and he’d see that they had one.

“That’s right.” He shifted backward so that her hand slipped to the countertop. He encouraged flirting—it led to better tips and made the night more interesting—but this chick was getting a bit too friendly, considering the diamond band on her left ring finger. “This one was for spreading my wings. Thought I’d fly far away, and yet, here I am back in Haven.”

“You’re from here then?” one of the other women asked, shamelessly ogling the tattoos on his arms while giving him an eyeful of cleavage.

“Born and raised. Moved around a lot, but I can’t seem to shake this place. It’s in my blood.” Once upon a time, he’d been hell bent on getting as far away from this sleepy North Carolina mountain town as possible. Spent the better part of a decade drifting from place to place, taking with him only what he could carry on his bike. Funny how things came full circle. He picked up an empty pilsner glass another patron had left behind.

He turned at the familiar voice to find Emma Rush stand- ing there, one hip propped against the bar, and he damn near dropped the glass. Emma’s trademark ponytail and jog- ging pants were nowhere in sight. Tonight, her blond hair cascaded over her shoulders in shiny waves, her blue eyes sparkled at him from behind a tasteful—yet sexy—amount of makeup, and her red top was tucked into a pair of jeans that fit her like a glove.

He swallowed past the sudden dry- ness in his throat. “Hey, Em. What brings you out tonight?” “Girls’ night,” she said with a smile, gesturing to her friend Mandy, who stood by the door talking on her cell phone. Emma slid onto an empty barstool. “I wasn’t expecting to see you.”

“I’m still here a few nights a week.” His new business venture—Off-the-Grid Adventures, an extreme outdoor sporting facility he’d opened with his good buddies Ethan Hunter and Mark Dalton six months ago—was finally bringing in enough income that he soon wouldn’t need to bartend to pay his rent. “What can I get you?”

“Untapped amber ale, please.” She watched while he filled a frosted mug. “Thanks.”

She lifted the mug to her lips and took a long drink. “Damn, that’s good,” she said with a happy sigh, setting it on the bar.

“Always been more of a pilsner guy myself.” He tried not to stare as she licked froth from her upper lip.

“Hi, Ryan.” Mandy stepped up to the bar beside Emma. He leaned back, tearing his gaze from Emma’s lips.

Emma turned to her friend with a smile. “Ready to get a table?”

“We will.” With a wave, Emma walked off after her friend, and damn, those jeans cupped her ass like perfection. No doubt about it, Emma looked hot tonight. And his thoughts were way out of line. He’d promised Derek he’d look out for his little sister, not drool all over her.

“Your girlfriend?” the brunette at the bar asked, eyebrows raised as she sipped her bourbon.

Ryan cleared his throat and dragged his eyes away from Emma. “Just a friend.”

“Mm-hmm.” The brunette gave him a look that said she didn’t believe him.

He turned to check on his patrons at the other end of the bar, but his attention was once again diverted by Emma— or rather, the preppy-looking businessman she was talking to now. Ryan couldn’t make out their conversation, but the guy wore an irritatingly smug smile, and Emma didn’t look at all happy to have bumped into him.

Ryan moved down the bar, chatting and pouring drinks as he went, all the while keeping an eye on Emma. She was deep in conversation with the businessman, although the guy seemed to be doing most of the talking. Emma smiled and nodded. She glanced up and met Ryan’s gaze, rolling her eyes at him with a smile while her companion kept on talking.

Next thing Ryan knew, the guy had slung an arm around her shoulders, gesturing wildly with his free hand while Emma subtly edged away from him.

Ryan was around the bar and across the room before he’d even realized what he was doing. “Everything okay over here?”

Emma shrugged out from under the guy’s arm, but her smile wasn’t nearly as warm or genuine as the one she’d given Ryan a few moments ago. “Yep.”

“We’re fine,” Obnoxious Dude answered. “Who are you?”

“Ryan Blake. And you are?” “Tristan Farrell.”

“Tristan and I are… old friends,” Emma said.

By old friends, Ryan assumed she meant former flames. And since she clearly wasn’t enjoying his company, it was time for Tristan to leave. Ryan crossed his arms over his chest and stared him down, waiting for the loser to get the message. It didn’t take long.

Tristan backed up, his eyes darting toward the front door. “Well, it was great seeing you, Emma. Take care.”

“You, too.” She watched as Tristan left the bar then turned to Ryan. “Forgot how much I dislike that guy.”

Her eyes rounded. “No! Just talking my ear off, really. Sorry to distract you from your duties at the bar.”

“No problem.” Keeping an eye on his patrons was part of the job, although he was probably feeling more protective of Emma right now than the situation called for.

“Right, well . . . looks like my table is ready.” She waved over her shoulder as she walked away.

Ryan headed back behind the bar, turning his attention to the trio of tourists and their mostly empty cocktails. “Any of you ladies ready for a fresh drink?”

As it turned out, they all were. While he mixed their cock- tails, he allowed his gaze to roam over to Emma’s table. She was deep in conversation with her friends Gabby, Carly, and Mandy, all of whom he knew, none of whom made his gut tighten the way it did every time he looked at Emma tonight.

He had no idea where this had come from, but he had to get over it, pronto. Emma wasn’t interested in a player like him, and even if she were, she was off limits. He’d made a promise to her brother when Derek went off to war, and Ryan had no intention of breaking it. 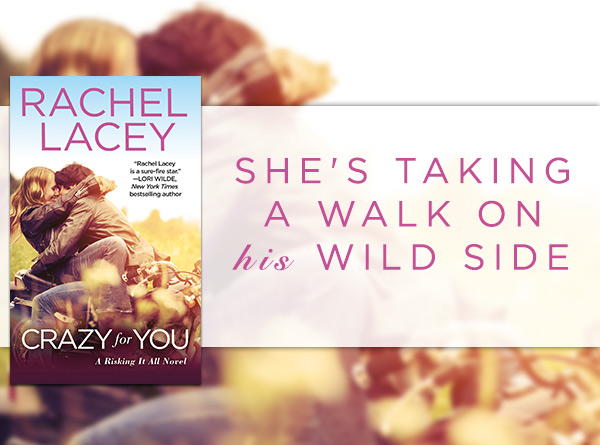 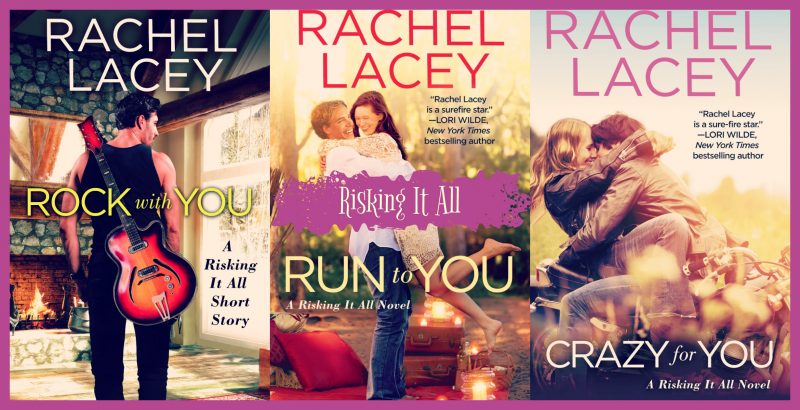 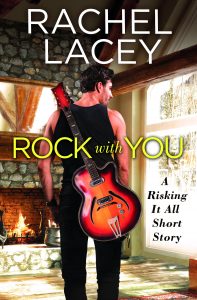 Sweet as sugar, sexy as sin…

Carly Taylor is pretty sure she’s dreaming. It’s not possible that Sam Weiss – rock star god and sexy hotness personified – is actually in her bakery. This sort of thing never happens in the too-small town of Haven. Or to her. And being stranded in a secluded mountain cabin with the deliciously decadent Sam during an ice storm? This is definitely not Carly’s real life…

Now there’s just the two of them, a roaring fire, lots of food and drink, and a sizzling attraction – one that just might make Carly do the unexpected. For one night, she’ll live the fantasy. For one night, nothing else matters… not her struggling business, not her lonely life, not Sam’s bad-boy reputation. But sometimes one night can turn one crazy, beautiful dream into something real. 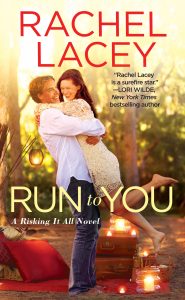 Moments after meeting the most gorgeous guy ever, Gabby Winters promptly gets stung by a zillion yellowjackets and falls-not gracefully-into a stream. Yup, Ethan Hunter is trouble with a capital “hot,” and Gabby definitely needs to keep her distance. Except in the small town of Haven, there’s nowhere to hide from Ethan’s sexy, infectious grin… and all the residents are conspiring against her.

At the center of the town’s matchmaking is Ethan’s grandmother, who’s convinced their relationship is a done deal. Rather than break her heart, Gabby and Ethan find themselves cornered into pretending to be falling in love. The problem: there’s serious sizzling attraction between them. And if this charade continues, they won’t fool just the entire town – they might fool themselves too…

Rachel Lacey is a contemporary romance author and semi-reformed travel junkie. She’s been climbed by a monkey on a mountain in Japan, gone scuba diving on the Great Barrier Reef, and camped out overnight in New York City for a chance to be an extra in a movie. These days, the majority of her adventures take place on the pages of the books she writes. She lives in warm and sunny North Carolina with her husband, son, and a variety of rescue pets.