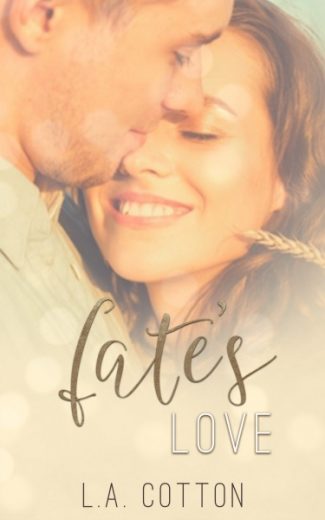 When you meet that one person in the world meant for you... you should hold onto them.

When 17-year-old Livy meets Ethan, she can’t deny their inexplicable connection. Lost in his dark, intense eyes and smile-to-die-for, Livy never thought she would feel like this. It almost makes her want to break her childhood vow, but Livy knows happily ever after is just an illusion, and despite her heart wanting Ethan, her head is telling her to stick with the plan. The one that doesn’t include falling in love. Period.

Eight years later, Livy finds herself back in her hometown. After the way she left things, the last time they were together, Livy is anxious about seeing Ethan again. It shouldn’t come as a shock to discover he has finally moved on—but it hurts. A lot. Accepting that she will never get the chance to put things right isn’t easy, but it’s not until life comes crashing down around her that Livy realizes what she could’ve had. Left broken, alone, and depressed, only one person can pull her out—the guy she thought she'd pushed away one too many times.

Livy has finally realized that you can’t fight fate… Some things are just meant to be. Is this finally her time to get it right, or has Livy missed her last chance with Ethan? 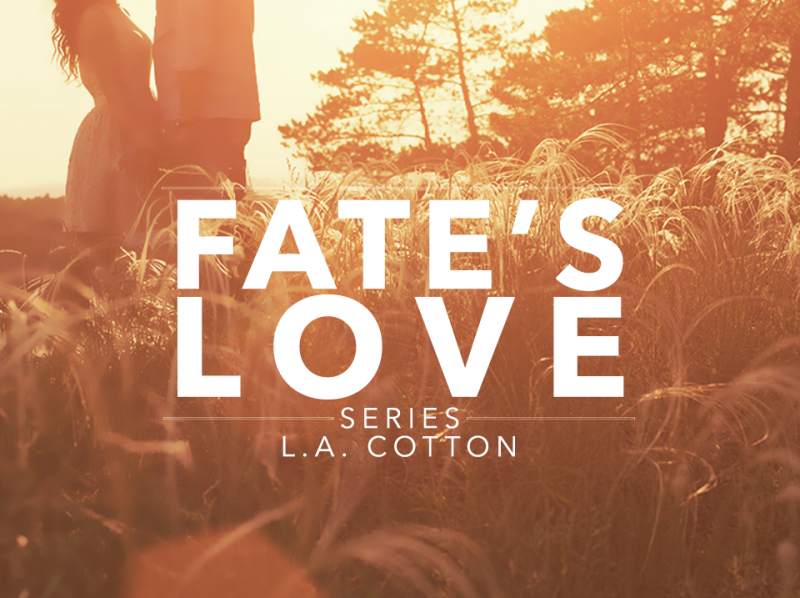 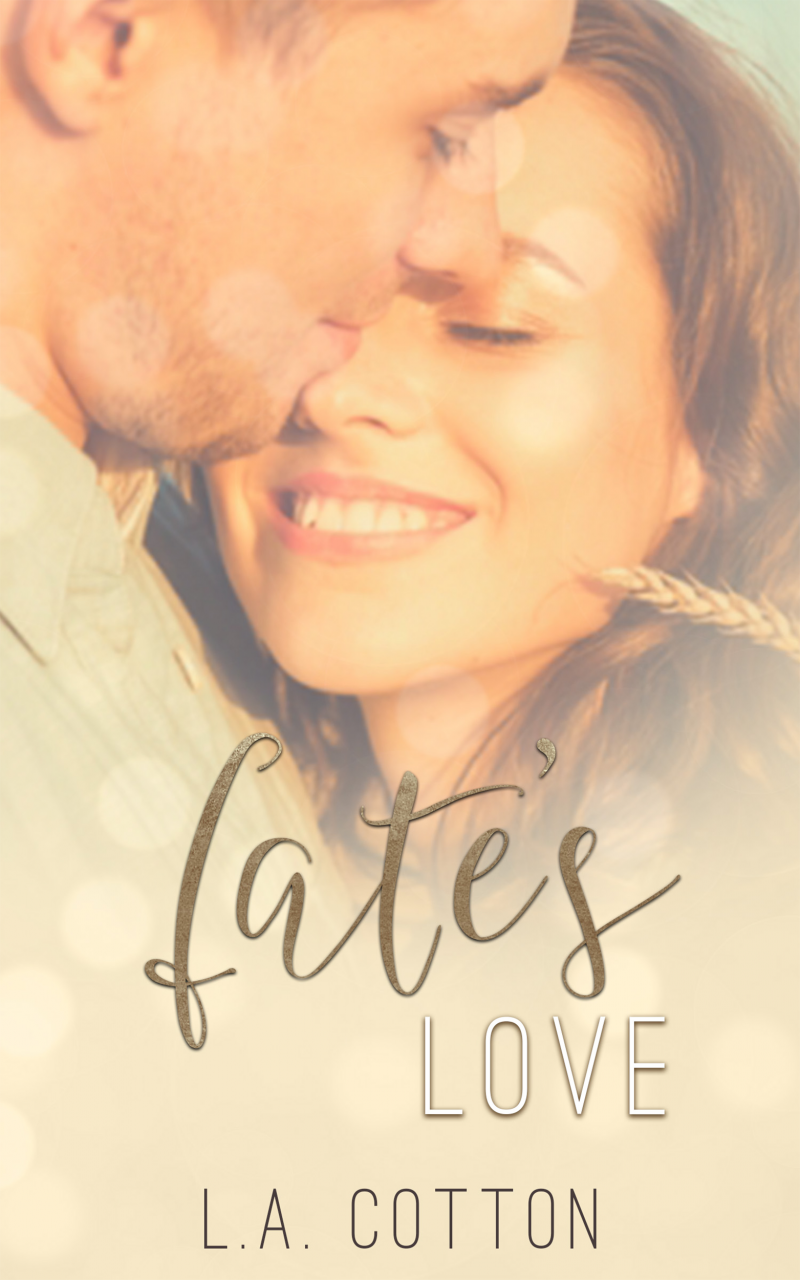 “What are you looking at?”

At the sound of his voice, tingles spread over my skin and I inhaled a deep breath to calm my racing pulse. I turned to face Ethan. My brain was screaming he came, but I said, “Just watching Sharn and Amber.”

His eyes followed my finger as I pointed them out, widening when he found them. I laughed. Of course, he would have that kind of reaction. He was only human, after all. A hot-blooded guy.

“Wow. Umm, they sure seem to be having fun. Why aren’t you out there with them?”

He looked into my eyes with such reverence I felt myself blush, right down to my toes. “Liv, you are the most beautiful girl in here. You could stand out there as still as a statue, and you’d still look good.”

My world stopped. Before I knew what was happening, he wrapped his hand around mine and yanked me up to him. I stumbled into his arms, and he caught me.

“I’m about to dance with the most beautiful girl here.” He guided us through the crowd into the middle of the dance floor.

My whole body hummed with nervous energy, as Ethan pulled me into his arms. His eyes watched me as if I held the answers to the world. But all I could think was that Ethan wanted to dance—with me. He’d called me the most beautiful girl in the room. The music slowed and Tim McGraw started to serenade the couples dancing around us. Ethan swayed us to the music, his eyes never leaving mine. I was completely and utterly entranced by him.

The black tailored dinner suit molded to his body with perfection. It made his eyes look even darker than usual, like pools of black ink. His lapels revealed a crisp white shirt and teal tie. I gasped, looking from his tie to my dress and back again.

It was impossible… And yet so right. 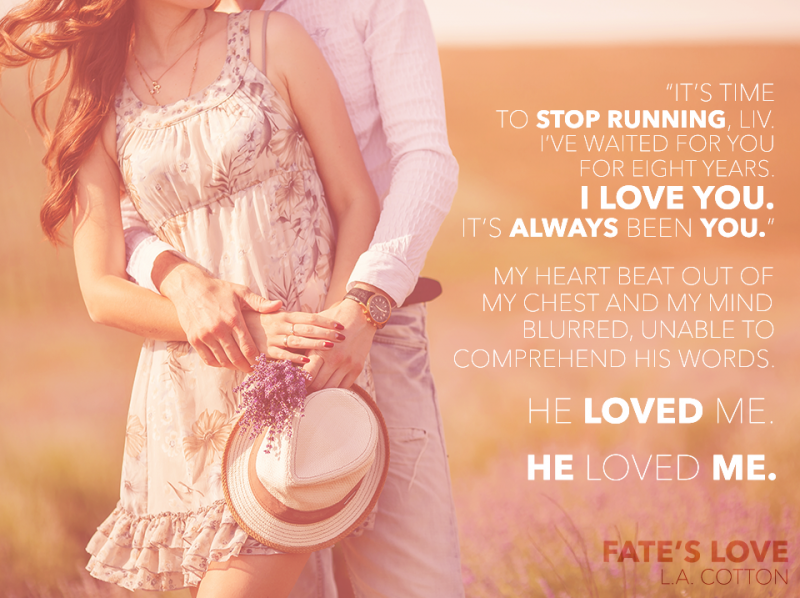 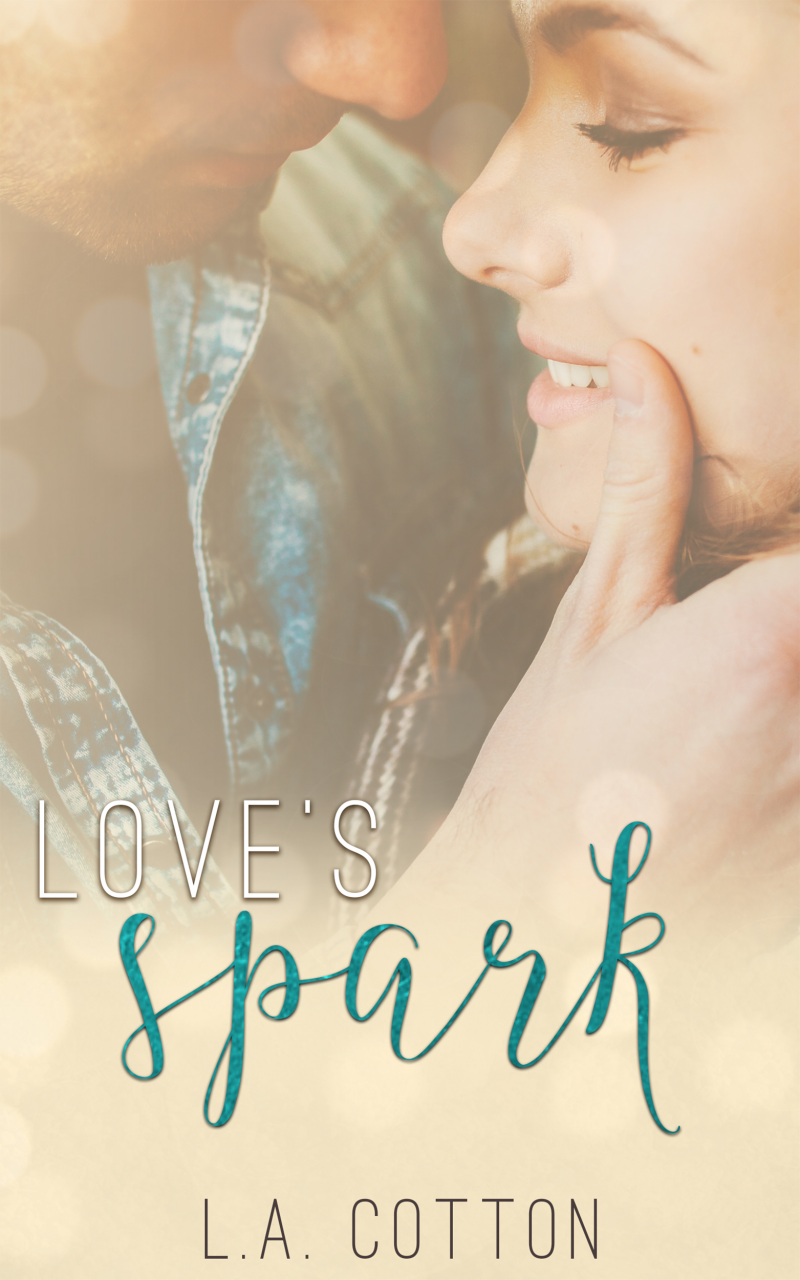 Twenty-four year old Sharn Macer has spent the last six years looking for love….for that spark. She’s failing miserably. After a life changing break up forces her back to her broken home, and into a string of dating disasters, Sharn decides it’s time to hang up her heels and take a break from guys.

She didn’t expect to find the spark… with the quiet guy from her past.

Keefer Smith likes to keep to himself, always has and probably always will. He doesn’t have time to date, not when he’s constantly worrying about what state he’ll find his father in. Lucky for him, he does have one thing going for him; baseball.

He didn’t expect to want more… with the girl he once watched from afar.

Back in high school, Sharn would never have looked twice at someone like him, and Keefer would’ve never stood a chance with someone like her. But six years is a long time, and when they find themselves placed in charge of seventeen ninth graders they soon realize they might not be as different as they think. The chemistry is right, even if the timing is all wrong.

Sparks will fly, but will they spark love? 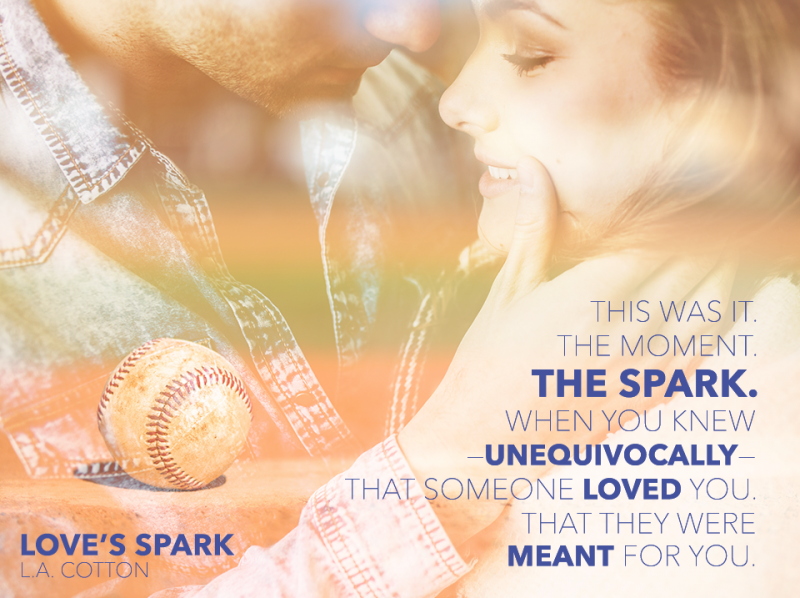 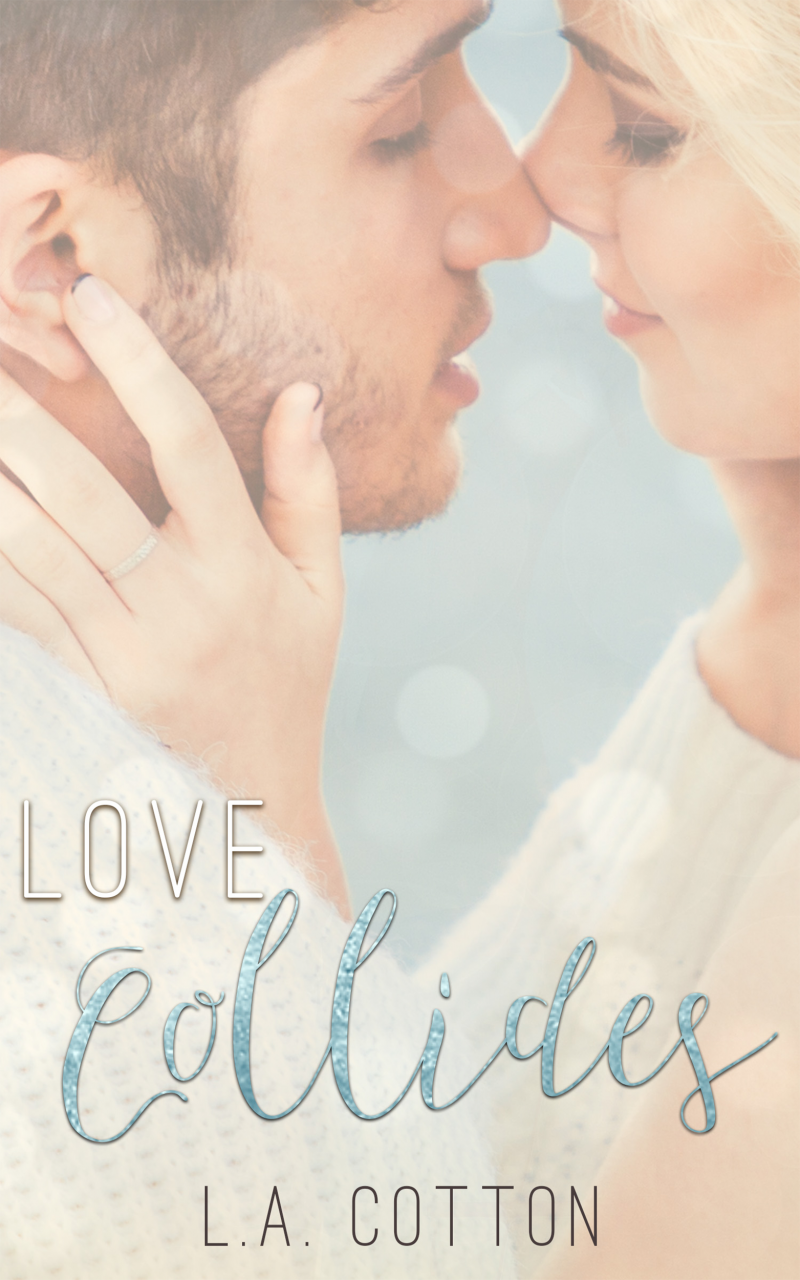 Staci Jameson is independent to a fault. But after growing up in the shadow of an overprotective family, and being let down by the only person that promised to always be there for her, Staci locked away her heart and vowed only to rely on herself.

Until a tall dark and sexy-as-sin player reawakens something inside of her.

Kade Ford knows what some people will do in the name of love, and it isn’t all hearts and flowers. It’s the reason he isn’t looking to settle down. Ever. Instead, he plays the field and never gets too close.

Until a tiny blonde firecracker barrels her way into his life and leaves him wanting more.

What starts as a one-night stand turned friends-with-benefits arrangement begins to blur into something neither of them saw coming—or wanted. And when secrets from their pasts catch up with them, the very thing that they are both running from might just be the thing that they need most. Will Staci and Kade turn to each other or will they let their pasts define their future? 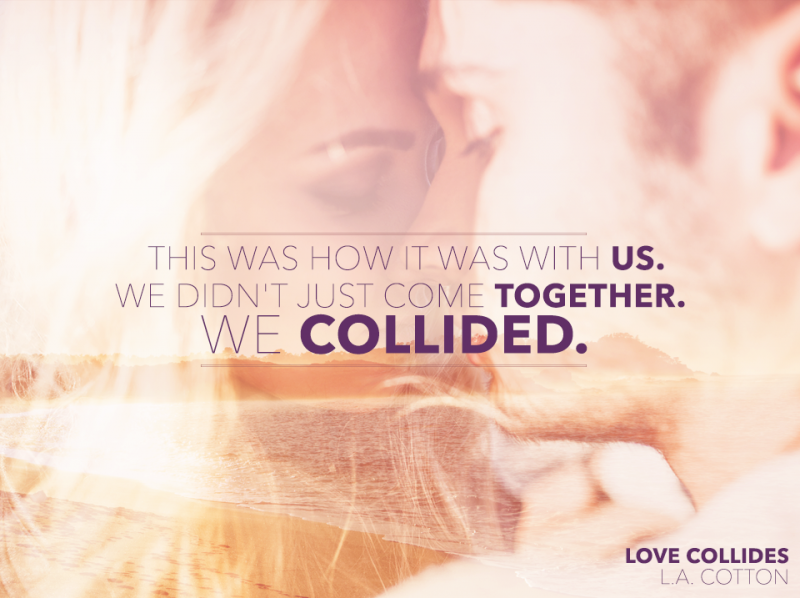 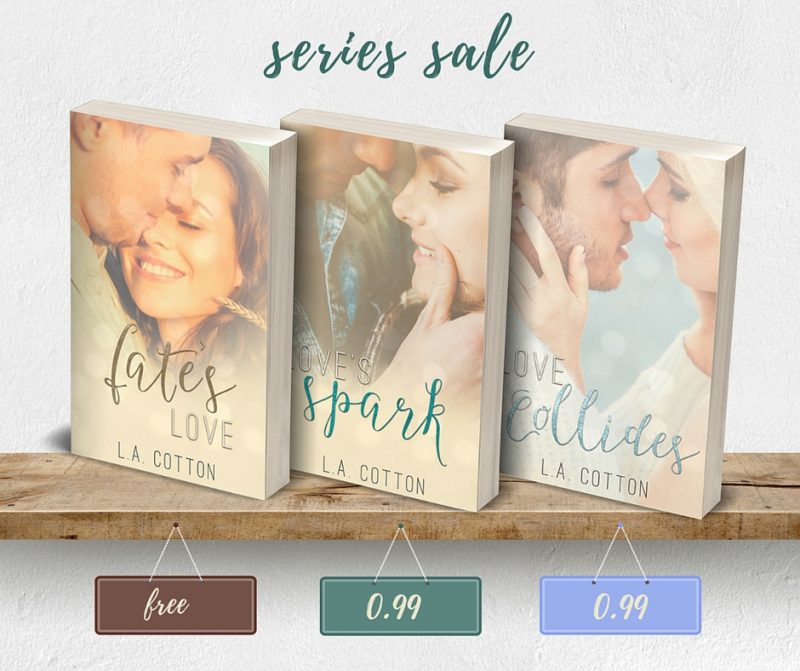