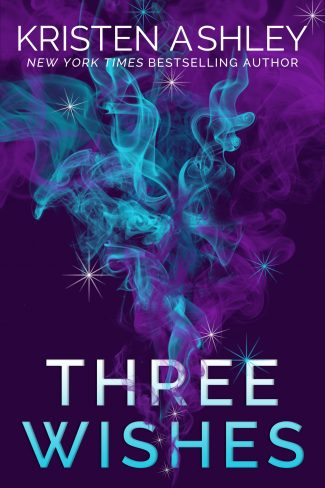 When Lily Jacobs was born, she inherited Fazire – a genie. Her family had three wishes and they’d only ever used one so Fazire was stuck in the human world. This worked since he’d become a member of the family anyway.

Even with a genie, Lily's young life wasn’t perfect. To escape the kids making her miserable at school, Lily buried herself in romance novels. One day, when the teasing was just too much, she used one of her wishes. She told Fazire she wanted to find a man like in her books and she made the most complicated wish Fazire had ever heard. Her wished-for man had to be impossibly handsome, virile, fierce, rugged and ruthless (amongst a dozen other things).

He also had to think she was beautiful and he had to love her more than anything in the world.

Nathaniel McAllister wasn’t born to a life where there were such things as genies granting wishes. His life was filled with drugs, crime and neglect. He was running errands for a gangster before he was in his teens and, even though life and hard work led him to wealth and respectability, he always knew, deep down, he was dirty. When Nate met Lily he knew he was no good for her but as virile, fierce, rugged and ruthless as he was, Nate was no match for the pull of sweet, innocent Lily.

Unfortunately, Lily’s wish included that she and her hero go through trials and tribulations to test their love. And Fazire wasn’t only a good genie, he loved Lily – so he gave her exactly what she wanted. 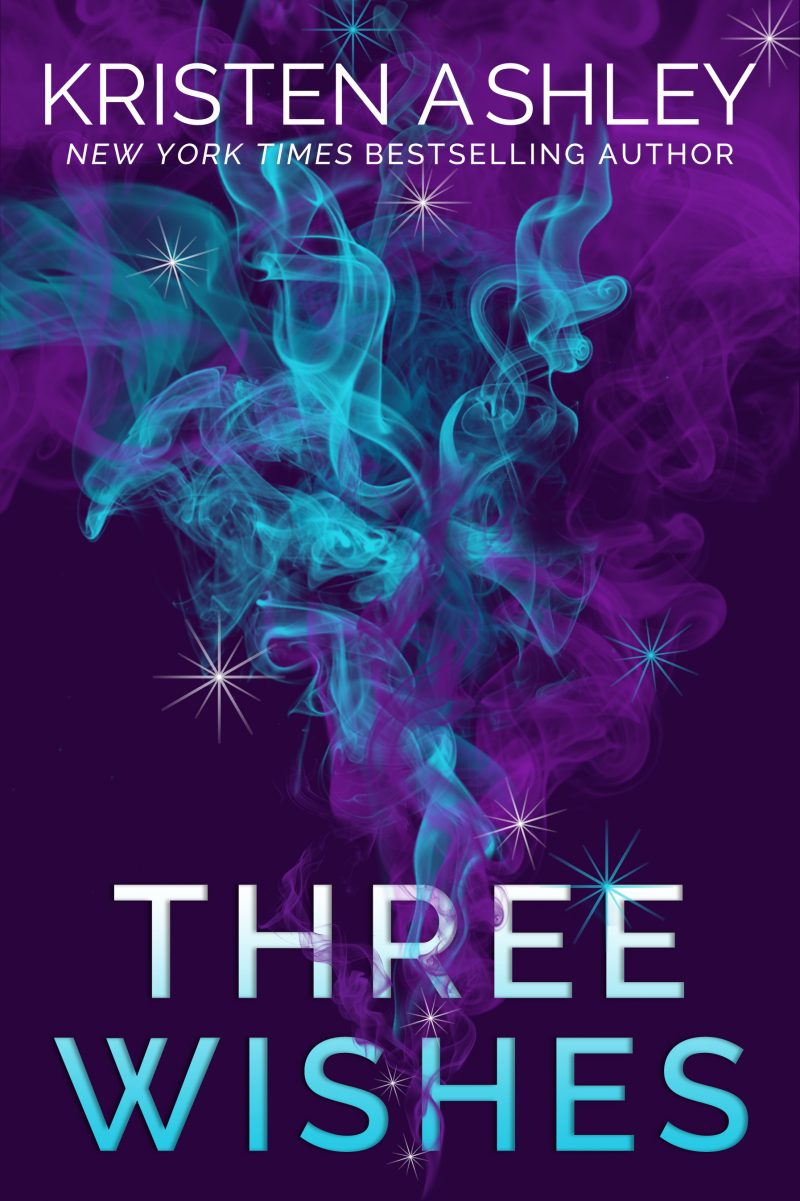 And that’s not all!

Three Wishes  is being re-released in eBook form with beautiful, new formatting! So make a wish, grab your copy, and prepare to fall in love all over again! 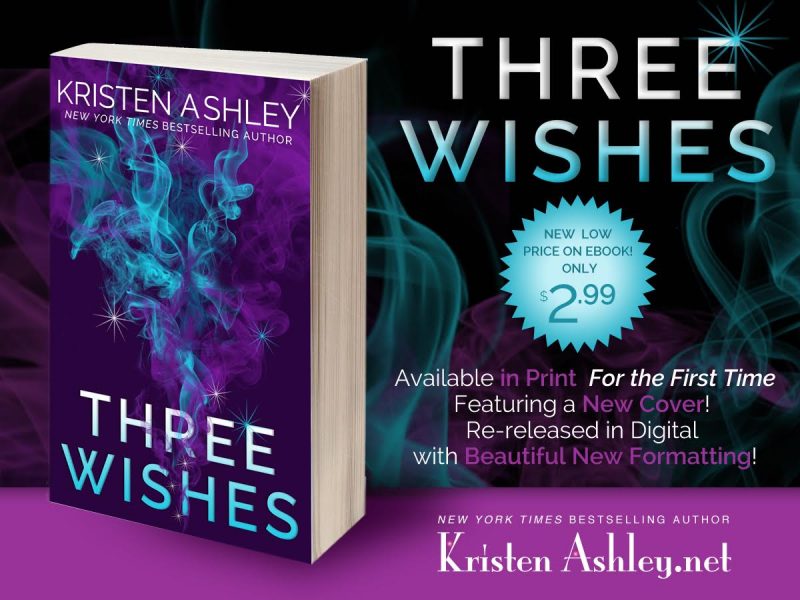 Nate didn’t know what he wanted but whatever it was, it certainly was not Georgia.

He was saved from answering Victor when he spied a youth wearing a gray hooded sweatshirt, the hood worn up even though it was a warm day. The boy was slouching down the pavement, head bowed, hands in the front pocket of the sweatshirt, his head swinging this way and that, looking for his mark.

Nate’s eyes narrowed as he watched the youth, and Victor started to get into the Rolls. Then, as expected, the boy darted toward his target and Nate heard a woman’s outraged cry.

He watched the boy snatch the woman’s purse, his body tensing for action.

And then his eyes moved to the woman and uncharacteristically, he froze.

Nate vaguely registered she was an American tourist. Nate also absently noticed that no one moved to assist.

In that brief moment in time, Nate was too busy drinking in the vision that was her, he himself didn’t move a muscle.

She was tall, incredibly tall.

She had the most unusual colored hair. Hair that he knew from vast experience living in a house with Laura and Danielle for years came through a supremely talented and expensive stylist’s hands.

And she had an exquisite face, flawless skin and a bearing that was extraordinary. She had been given a wide berth around her even on the crowded pavement. Not because she was screaming her head off but instead because she was majestic, radiant, elegant…

In a stupor from simply looking at her, the boy with her purse charged right by Nate.

Not in a stupor, she realized no one was going to help her, gave up screaming and charged right after the boy.

At the noise, Victor turned away from the car and Nate shifted to watch in astonishment as she deftly and agilely dodged the crowd, her long legs a match for the short boy. Then Nate watched in stunned surprise as she jumped onto the thief’s back with a graceful leap.

Everyone stared in shock but no one lifted a finger except a few started to take photographs.

“Give me back my purse, you thug!” she shouted.

Wrapping her long legs around her prey, one arm around his neck, she slapped him around the head with the other hand.

The thief staggered back then he staggered with intent and slammed her against the side of the building. Her head snapped back and cracked against the stone so loudly Nate could hear it from where he stood twenty paces away.

At the sound Nate jerked out of his stupor and forged forward.