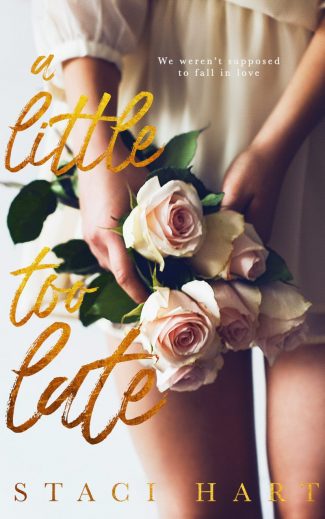 I wasn't supposed to fall in love with the nanny.

When my wife left, she took the illusion of happiness with her, and I've been caught in a free fall ever since. For nine long months, I've been fighting to figure out how to be a single dad, how to be alone.

When Hannah walked through the door, I took my first breath since I'd found myself on my own. She slipped into our lives effortlessly, showing me what I've been missing all these years. Because Hannah made me smile when I thought I'd packed the notion of happiness away with my wedding album.

She was only supposed to be the nanny, but she's so much more.

The day my wife left should have been the worst day of my life, but it wasn't. It was when Hannah walked away, taking my heart with her.

Title: A Little Too Late 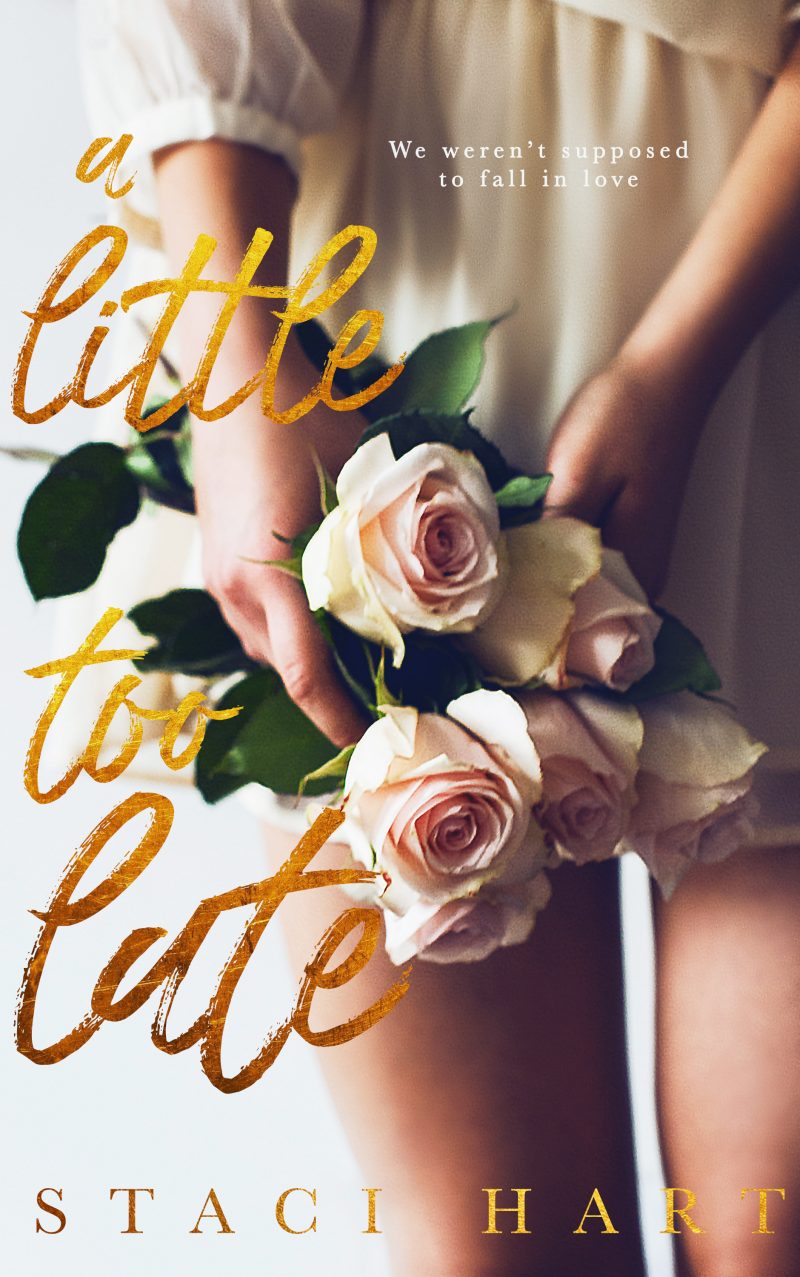 A Little Too Late, an all-new romantic standalone from Staci Hart is coming October 24th! 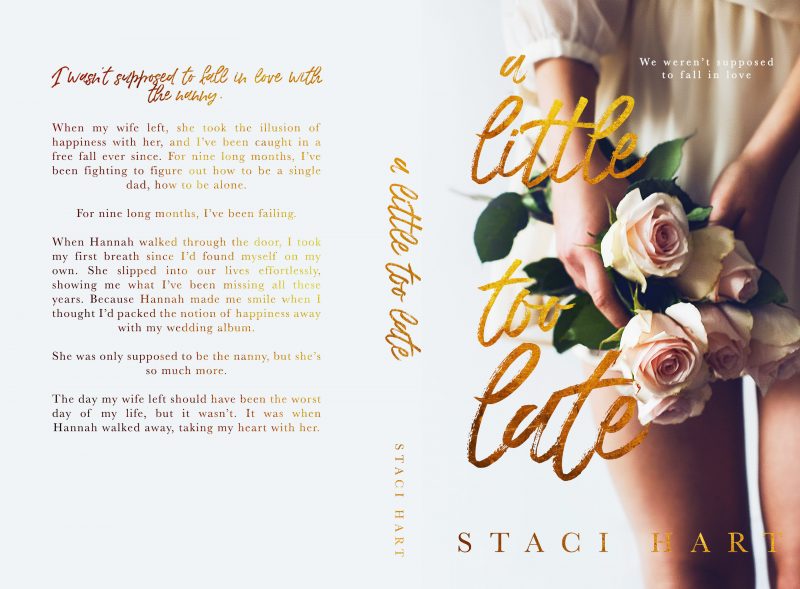