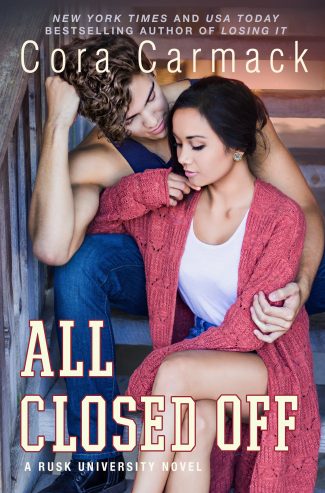 Maybe something terrible happened to her that she can’t even remember. And maybe it drives her crazy when her friends treat her like she’s on the verge of breaking because of it. Maybe it feels even worse when they do what she asks and pretend that it never happened at all. And maybe she’s been getting harassing emails and messages for months from people who don’t even know her, but hate her all the same.

But none of that matters because she’s just fine.

For Ryan Blake, Stella was always that girl. Vibrant and hilarious and beautiful. He wanted her as his best friend. His more than friends. His everything and anything that she would give him. Which these days is a whole lot of nothing. She gets angry when he’s there. Angry when he’s not there. Angry when he tries to talk and when he doesn’t.

When Stella devises an unconventional art project for one of her classes all about exploring intimacy—between both friends and strangers—Ryan finds himself stepping in as guinea pig after one of her subjects bails. What was supposed to be an objective and artistic look at emotion and secrets and sex suddenly becomes much more personal. When he hits it off with another girl from the project, Stella will have to decide if she’s willing to do more than make art about intimacy. To keep him, she’ll have to open up and let herself be the one thing she swore she’d never be again. 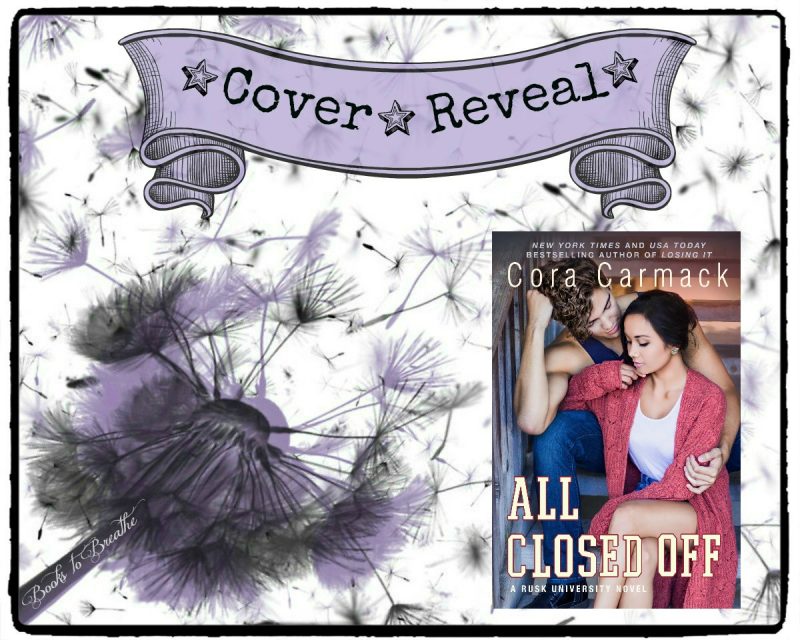 Title: All Closed Off 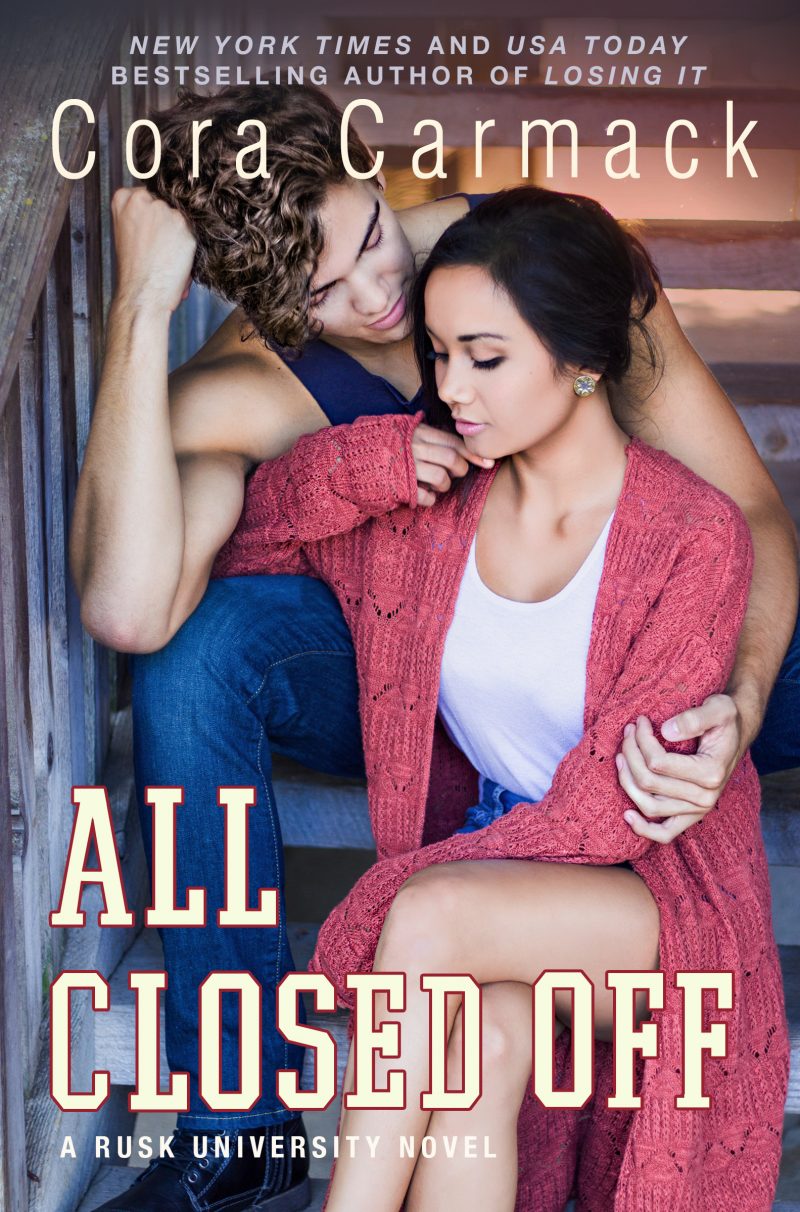 From New York Times bestselling author Cora Carmack, comes the highly anticipated fourth standalone title in her Rusk University Series, All Closed Off! A passionate story and journey, get ready to be mesmerized with Stella’s story! All Closed Off is coming your way May 1, 2017! 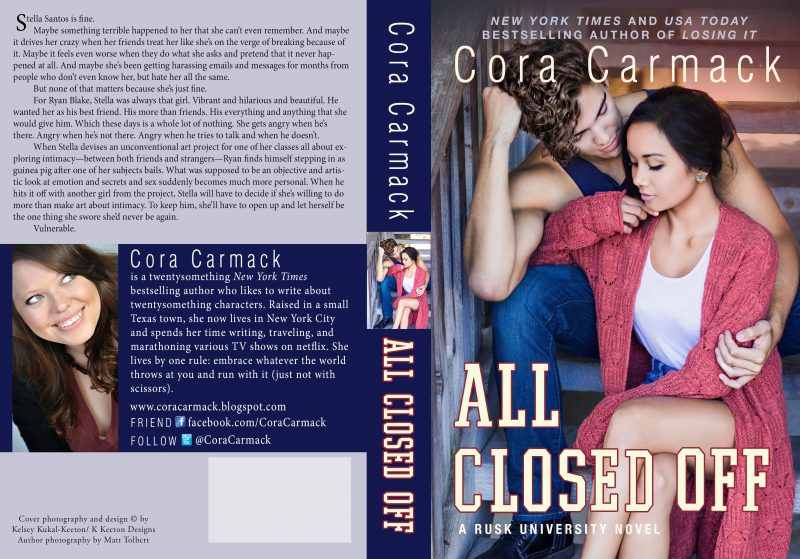 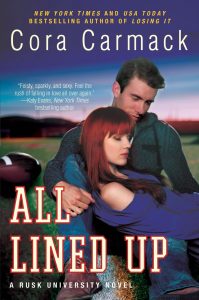 New York Times and USA Today bestselling author Cora Carmack  follows up her trio of hits—Losing It, Faking It, and Finding It—with this thrilling first novel in an explosive series bursting with the Texas flavor, edge, and steamy romance of Friday Night Lights. 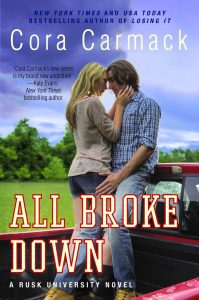 In this second book in New York Times and USA Today bestselling author Cora Carmack’s New Adult, Texas-set Rusk University series, which began with All Lined Up, a young woman discovers that you can’t only fight for what you believe in… sometimes you have to fight for what you love. 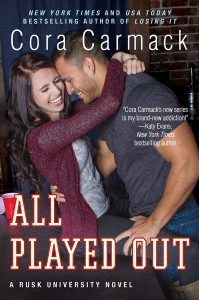 In the third book in New York Times and USA Today bestselling author Cora Carmack’s Rusk University series, a good girl is about to find out what happens when she creates the ultimate college bucket list and she sets her sights on a jock.

First person in her family to go to college? CHECK.

On track to graduate early? CHECK.

Social life? …yeah, about that…

So Nell does what a smart, dedicated girl like herself does best. She makes a “to do” list of normal college activities.

Rusk University wide receiver Mateo Torres practically wrote the playbook for normal college living. When he’s not on the field, he excels at partying, girls, and more partying. As long as he keeps things light and easy, it’s impossible to get hurt… again. But something about the quiet, shy, sexy-as-hell Nell gets under his skin, and when he learns about her list, he makes it his mission to help her complete it.

Torres is the definition of confident (And sexy. And wild), and he opens up a side of Nell that she’s never known.  But as they begin to check off each crazy, exciting, normal item, Nell finds that her frivolous list leads to something more serious than she bargained for. And while Torres is used to taking risks on the field, he has to decide if he’s willing to take the chance when it’s more than just a game.