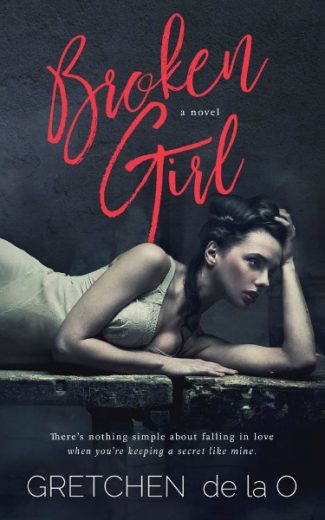 My name is Rose Newton, and I sell my body on the streets of San Francisco. I’m what you call society's dirty little secret. On the outside, I'm in control, the woman who makes her own rules and gives nothing away for free. Inside, I’m broken and numb. Torn and shattered by my past, my life is nothing more than the lost fragments of what's left of me.

Shane West represents everything that’s foreign to me. He’s brave, kind, funny, gorgeous and persistent. When fate brings us face to face, an undeniable attraction blazes between us. He becomes the constant I've never had and the only man I'll ever trust.

There is nothing simple about falling in love when you're keeping a secret like mine. 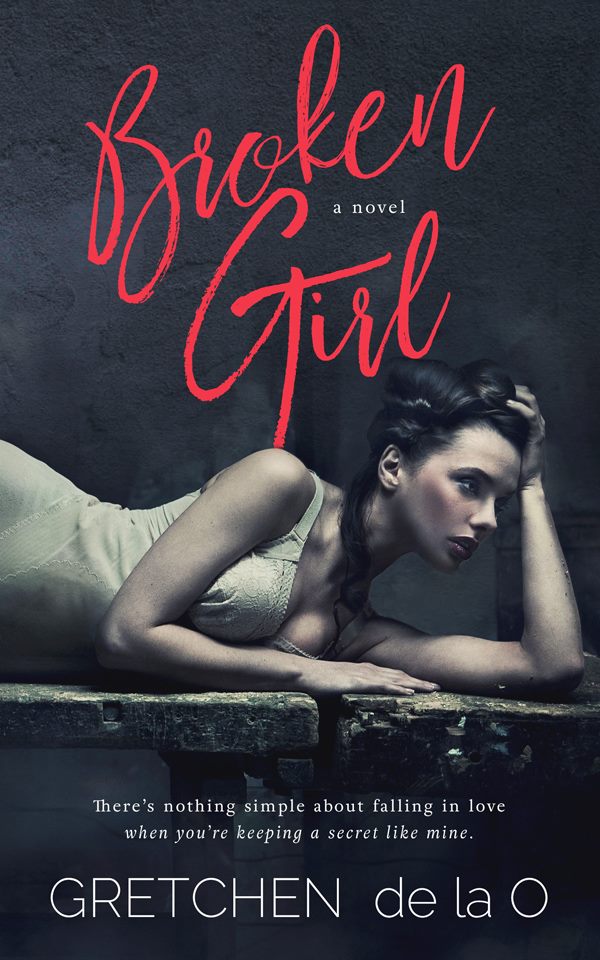 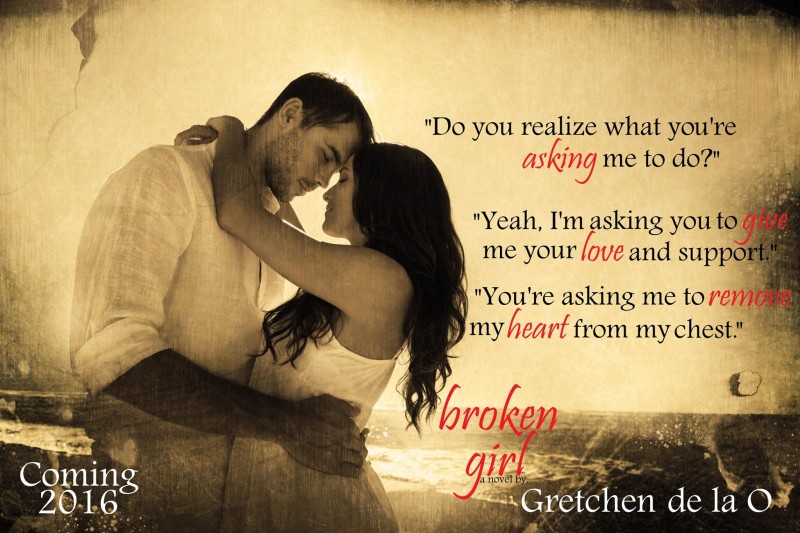 Time is bending my trust, breaking me before he brushes the back of his fingers against my lips. His touch startles me at first, but tracing his fingers on the outside curve of my lower lip soothes me.

“What if I can’t trust?” I ask in a hushed whisper.

“You can,” he answers, dragging his fingers along the outline of my jaw and down across my collarbone.

“What if it’s not in me?” I ask, still blindfolded and feet tangle in the sheet.

“You have everything you’ll ever need, right here.” he answers rubbing the tips of his fingers in circles between my breasts. My heart reaches for his touch as it leaps and crashes against my chest.

“You don’t understand, Mister, I need to have a sense of control.”

“Rosebud, control is an illusion, it’s a decision to trust a certain outcome. All you have to do is trust me and you’ll have all the control you need.”

I want his words to soothe me, and his calm, direct voice to caress the strength within me cowering at letting go of my scars. I want to trust him. I crave to taste the freedom he wants to give me. I want him to save me from a future tucked under cracked sidewalks, cold gutters and from ever having to fuck another man for a penance. I try and convince myself that he wants to keep me off the streets. 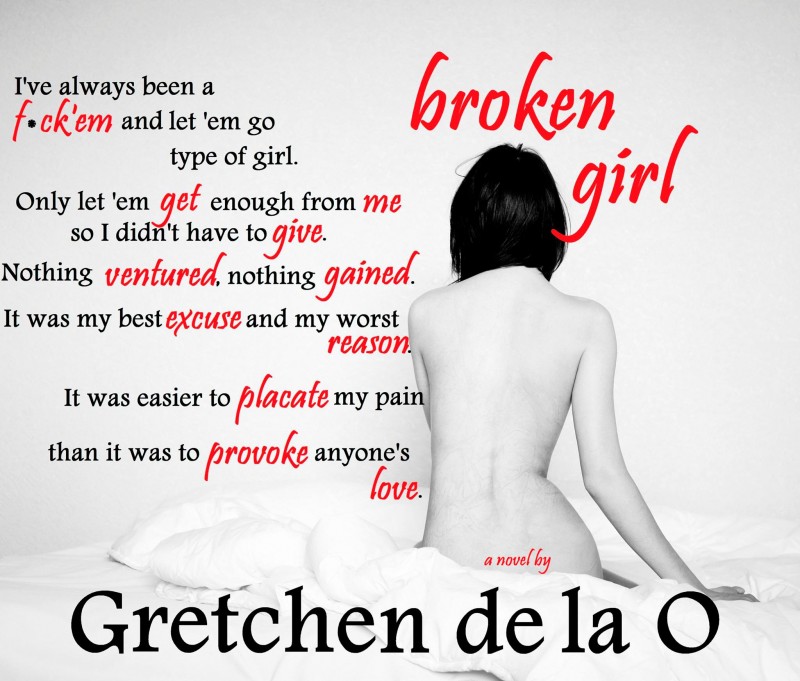 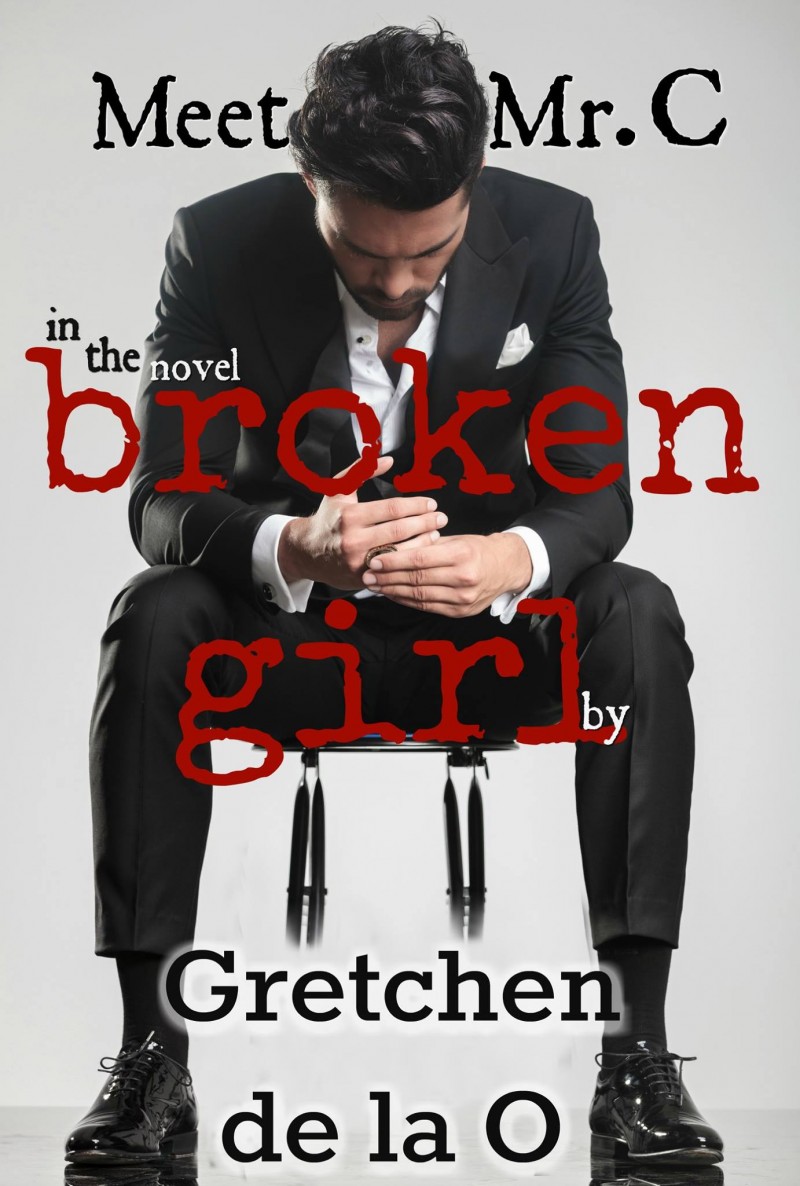 “You have no idea what I want. Maybe I need you to ache for me. Maybe I want to watch you twist in your own flawless skin until you can’t take it anymore and you beg me to f*ck you.” 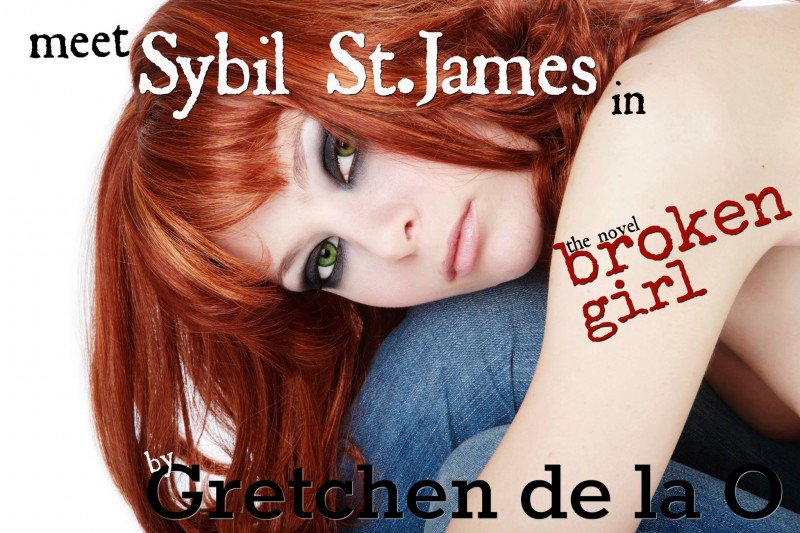 “Rose, we’re heading downtown, you in?” Sybil said as she poked her head into the room. Her fire-engine-red-broom-bristle hair swayed across her face. Her ocher vamp style eyes narrowed exaggerating her thick black eyeliner and clumpy mascara. She didn’t wait for my answer before she released a smile that would turn anyone into a paying customer. 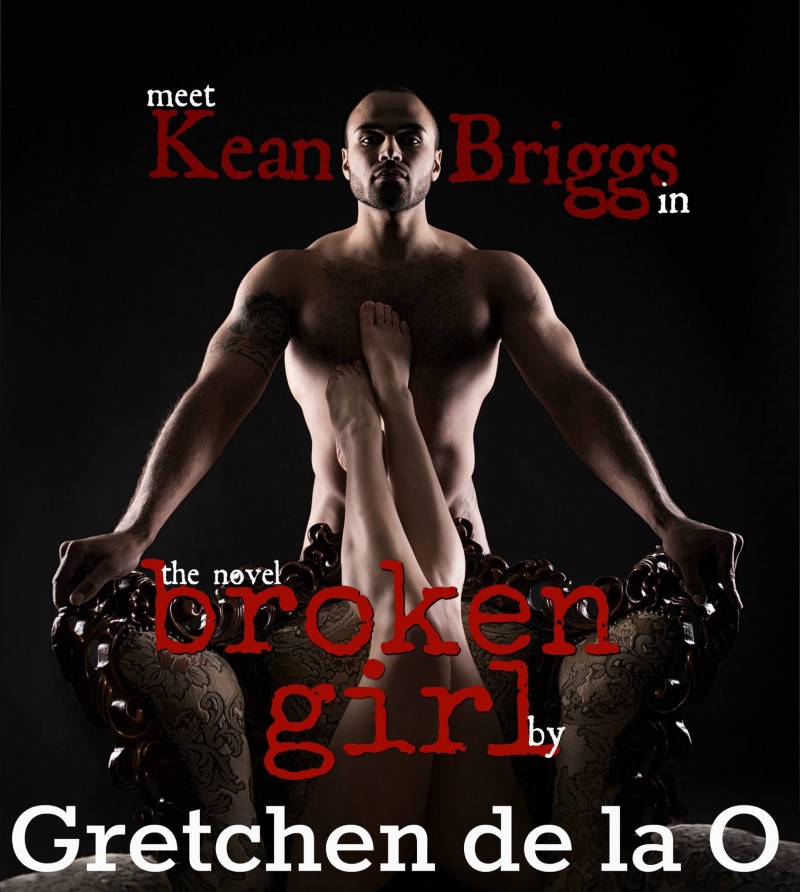 He watched me open the door, and I noticed he was still sitting there after I looked back right before the door shut behind me. I knew he’d sit there until I texted him. That’s just how Briggs’ was. The eyes that kept me safe, Kean Briggs seemed to have my back even when I didn’t know about it. Broken by his past, just like me, we connected instantly the first time we met. It didn’t matter who we were, everyone at one point or another has been broken, and you could either sweep up the pieces and throw them away, or find some crazy glue. But through our unspoken words; his—the injustice of war and mine—the hidden marks of abusive parents, we found a safe haven in each other’s company. Briggs has never gone into details about the war, or the appalling things he saw; maybe he didn’t because he wanted to protect me. Maybe someday he’d open up about it. All I knew at that moment was I couldn’t have been happier to have him in my corner. 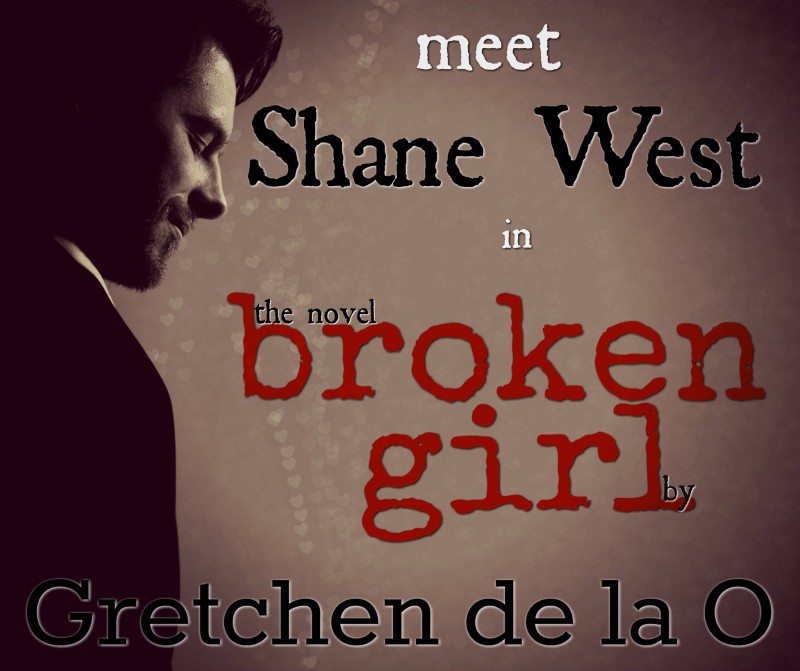 “Truthfully, Shane had just moved way too fast for me. I felt him and how he got under my skin. The way he’d find ways to touch me, when he looked at me, or even acted around me. It wasn’t just at the laundromat, either, but anytime we talked on the phone or met at restaurants. He had become too comfortable for me, a habit I ached for. I knew this would lead me to nothing but pain.” 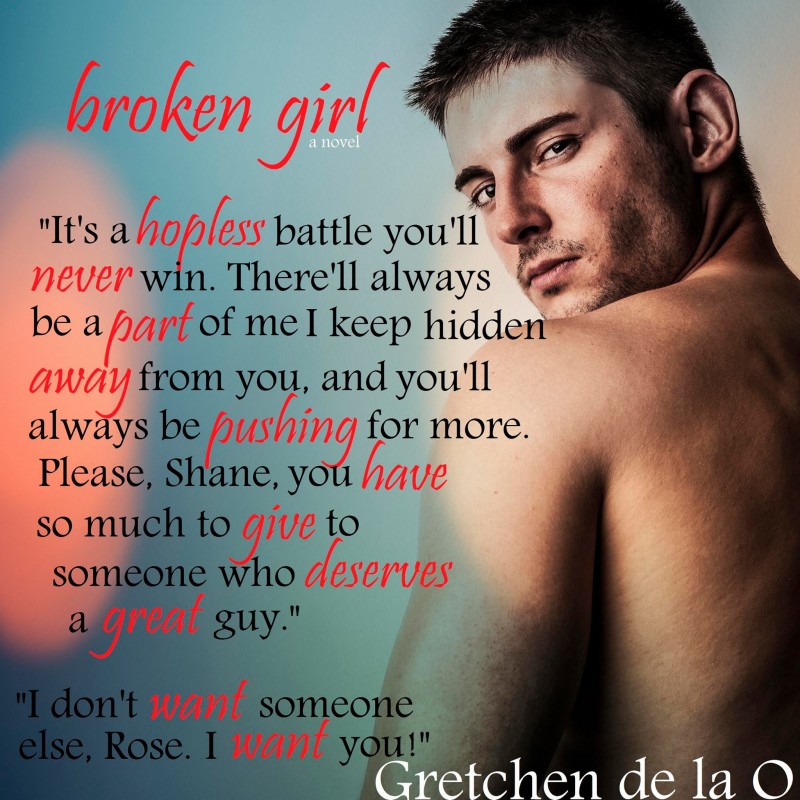 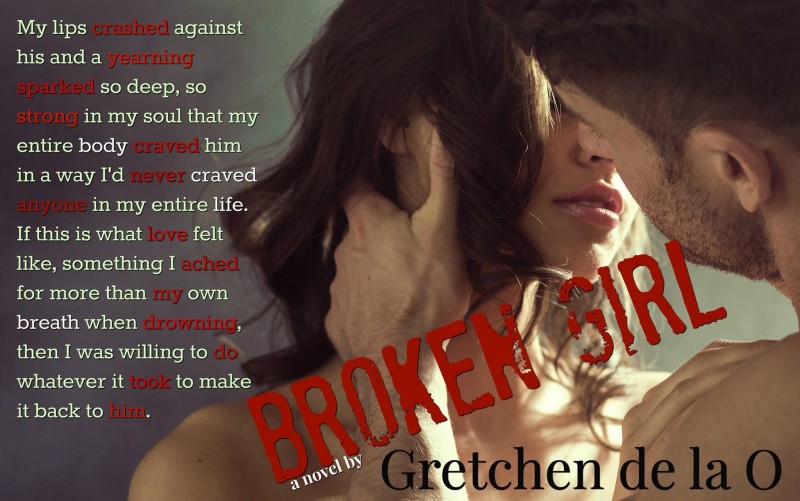 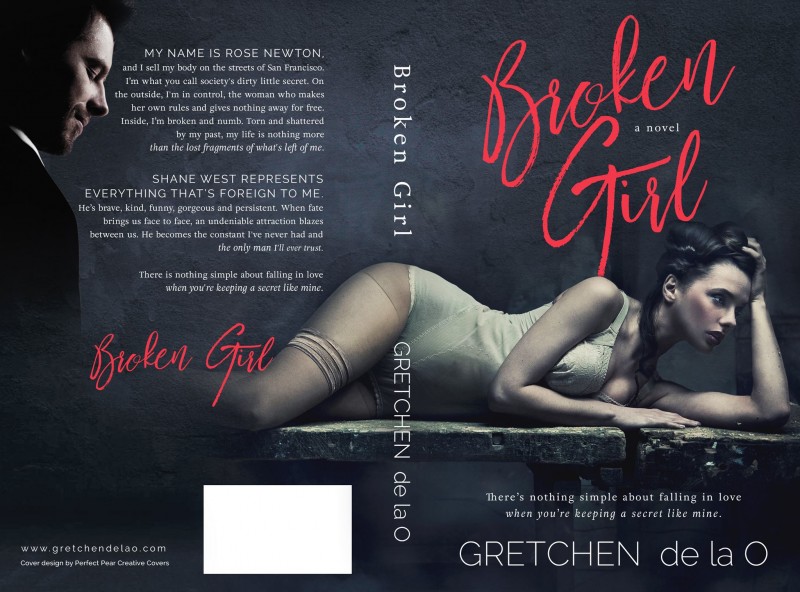 Gretchen de la O, is the mother of three amazing young men, the wife of Mr. Big O, and the writer of romantically unique stories. A proclaimed positive energy infuser by people who know her, when Gretchen isn’t writing, parenting or teaching children computers, you will find her talking to people about discovering their creative process. Gretchen is a firm believer that anything is possible if you set your mind to it; and what you expect out of life, always finds a way of showing up. Want to be inspired, follow her inspirational posts on her Facebook page.

Gretchen released her first novel, Almost Eighteen in September of 2011, the first in a three book new adult student/teacher romance, The Wilson Mooney Series. In November of 2012, she followed with book two, Eighteen at Last, and concluded the series with Beyond Eighteen in October, 2013. Her Fourth novel, PROTOTYPE, a romantic suspense, first book in the Possession Series was released in October 2014. BROKEN GIRL, Gretchen’s fifth novel, is a standalone contemporary romance slated to be released April 29th, 2016.