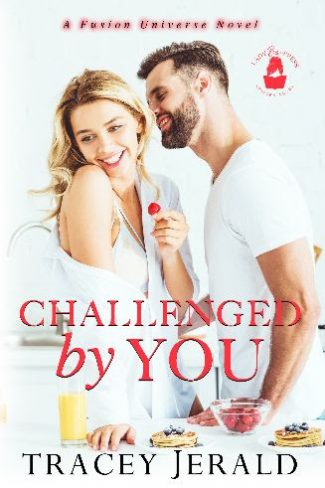 For single-mother Trina Paxton, moving back to New York feels like a major setback. Although she’s throwing herself into creating sweet delicacies with a twist at Seduction New York, nothing about her life is settled.

And it’s made infinitely worse when a bad review puts her job on the line.

Food critic Jonas Rice is infuriated when his review is accidentally switched. He personally goes down to assure the restaurant a retraction will be printed only to walk in on Trina being thrown out.

Jonas finds Trina so he can personally apologize. What he doesn’t expect is to find himself face-to-face with a stubborn-as-hell, knockout who provokes him on every level.

By the end of their first conversation, she’s daring him to lead her life for one month. Much to her surprise, he accepts with one major caveat — she agrees to being
interviewed.

In the end, will Trina be able to accept life isn’t always about rising to a challenge? Will she be able to find there’s joy in finding compromise — both in the kitchen and in Jonas’ eyes. 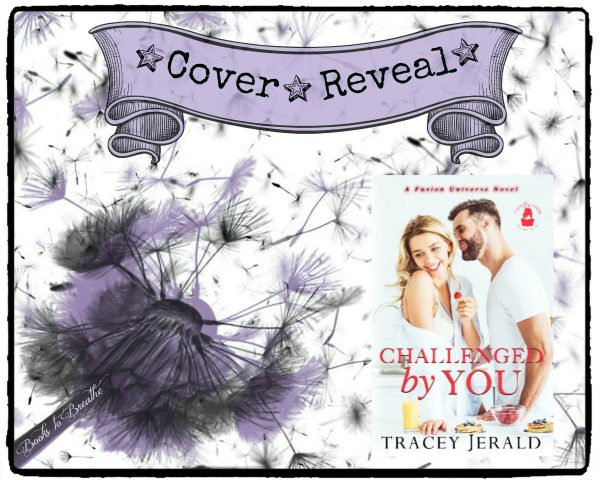 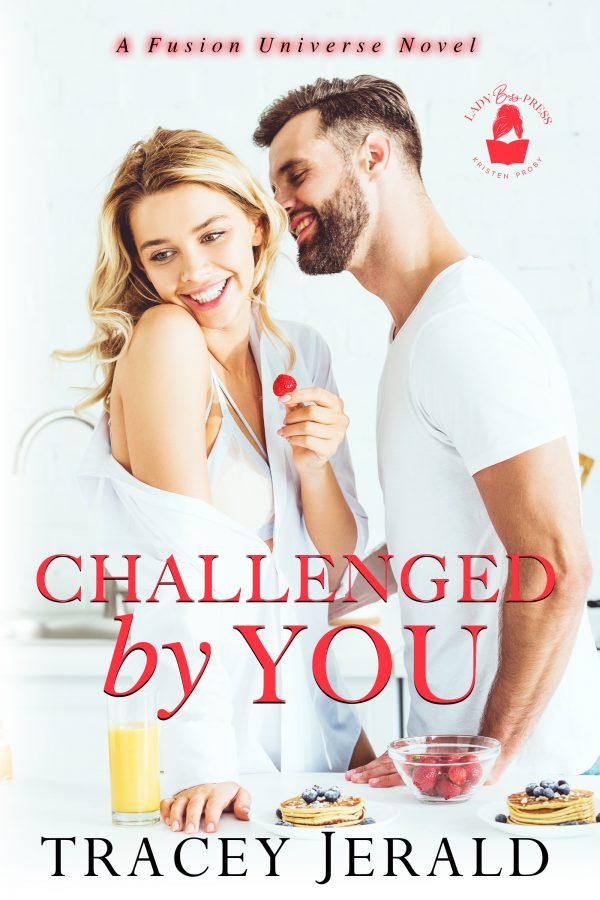 I don’t know about Trina, but throughout the day, I’ve been hard-pressed not to drag her against me to finish what started in her kitchen last night. The overwhelming desire to press my lips against hers is overriding my senses for everything—including food. And every piece of food I tried from the different vendors was bland when compared to the contentment on her face. How am I supposed to do my job when the chicken verde wrap from García’s had about the same impact as the hunk of frozen banana forced into my mouth by an overeager toddler? After all, I lost all sense of flavor when I glanced up from Annie’s cherubic face into Trina’s laughing one.

Watching the smile blossom across Trina’s lips brought me the greatest pleasure over anything I could have eaten. I could write columns about that, I muse. Stepping closer, I repeat, “Let me help you. Where are your keys, Trina?”

“In my front pocket. If I lift Annie a little, then you should be able to see the…”

My hand drops to her hip. Is it my imagination, or does her breath—which was fine carrying forty pounds of children two blocks—begin to struggle? Due to my position, there’s no bags and children between us when I pluck the keys from her jeans. The jangling noise seems to echo loudly in the hallway that’s empty except for us. “Which one goes where?” I ask, confused with the brightly printed keys.

Turning, I say drolly, “Let’s just hope a master cracksman doesn’t follow you home,” as I unlock her door and swing it open.

“There’s not much to take.” Trina shrugs as she passes by.

Just as she does, I reach out with the hand to still her. “Things don’t mean a damn. It’s the people who live here I’m really beginning to like. So, do me a favor.” I slip the key ring into her back pocket, my hand lingering for just a moment over the curve of her ass. I’m gratified when her breath catches. “Don’t share that system with just anyone.”

“Oh-okay. Let me just…I’ll just…” I’ve always had a love of words, but I think I found something I might enjoy just as much—a newfound appreciation for making Trina lose hers. Taking a deep breath, she manages to string together a couple of complete sentences. “Let me put the kids down. Then I’ll put away the groceries if you don’t mind leaving them in the kitchen. Help yourself to anything you find in the fridge.”

“I think I can handle what’s in these unless you have a problem with me poking around a bit.” I lift my wrist.

Trina blushes. “I don’t want to put you to work, Jonas. It’s enough you carried them for me.”

I step forward and run a finger down her cheek. Her eyes dilate wildly. Before she can retreat, I use that same finger to touch the silky hair on both Chris and Annie’s heads. “Get your children down, Trina. Groceries can wait.” And so can I. “They can’t.”

“Right.” Without another glance my way, she heads down the short hall to the bedroom and closes the door.

I turn into the kitchen and slide the bags off my wrist. Rubbing the indents left behind from holding them too long, I begin pulling out the plastic-wrapped fruits and veggies, leaving them on the small kitchen table. And my mind drifts to the other room.

She’s such a dichotomy: brilliant chef, strong and caring mother, loyal friend, and a sassy woman who’s beginning to distract me when I work—something no one’s ever been able to do before. “What am I supposed to do about you?” I crush the folded bag in my hands.

“I don’t know. I’m having the same problem myself.” Her voice washes over me. If my feet weren’t braced apart, I suspect the sound of it might have me falling flat into Chris’s bananas.

“I’m not used to feeling like this,” she admits quietly as she approaches me. My head drops. As she gets closer, I notice she’s shucked off her shoes and socks. Likely why I didn’t hear her approach on the parquet floors, I note absurdly.

“Like what?” My voice is gruff, even to my own ears. Dropping the empty bag on top of the pile of neatly stacked food, I inhale the scent of something I’ve craved like nothing else before. Or, I worry, nothing I might after.

“Worthy. Wanted. When you haven’t felt desire for a man in this long, it’s disconcerting.” In the kitchen, there’s only a trace of light filtering in from the living room, so her face is cast in shadows, but I hear the vulnerability in her voice.

“If I were to ask you on a date, right now, what would you say?” I demand.

“It’s not that simple, Jonas. I have to worry about who watches the kids and…”

“If it was just you, Trina. What would you say?”

“But it’s not just me. It’s never going to be just me. Don’t you understand that?” You could hear a pin drop between us. If I listen hard enough, I’m certain I could hear the rise and fall of her children’s chests as they sleep peacefully in a room down the hall.

I move forward until she’s leaning against the entryway of the kitchen and living room. “Trina?”

“Jonas.” My name comes out as a rasp. It’s sexier than hell.

“I know all about your responsibilities. I happen to find them incredibly appealing because they’re a part of you.”

“What are you saying?”

“That unless you tell me you don’t want this, I’m going to kiss you.” I snag Trina’s wrist and lift it to my lips.

“Are you sure this is a good idea? What about the review?” Her voice quavers even as she squares those shoulders that carry the burden of so much.

“Fuck everything else,” I growl as I step in between her legs. Her chest bumps against mine as she makes room for my body against hers. “We’re going into this with eyes wide open. And the first time I kiss you, I want yours to be.” I begin to lower my head. I get a glimpse of her darting her tongue out over bottom lip, and it’s like adding that extra dash of flavor before our lips collide.

And the minute they do, I know I’ll never write another five-star review ever again because the taste of this woman has ruined every other flavor in the world. 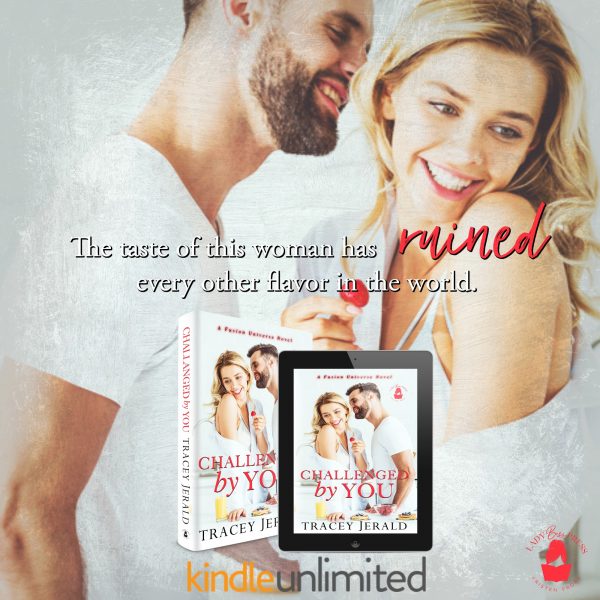 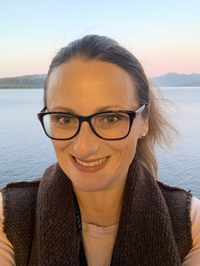