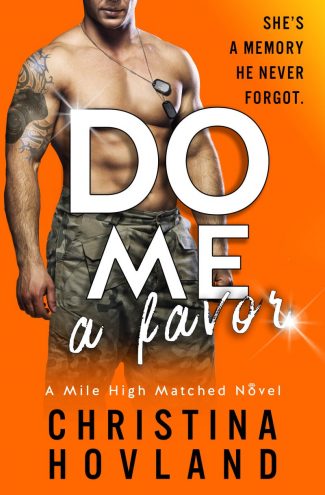 Some days things just click. Today is not that day.

Love is a battlefield, and divorce attorney Sadie Howard is entrenched on the frontlines. She thought she might have met the right man once, but he was a career military guy who got shipped overseas and left her heart on the tarmac. These days, the only commitment Sadie wants is the one she's made to her Denver law practice.

Combat photographer Roman Dvornakov is back. Fresh out of the U.S. Army, he’s using family connections to snap photos at a few weddings while he builds his civilian photography practice. After all he’s captured on film, a few posed wedding shots should be a cakewalk. Seeing so much death through the camera lens, he’s now ready to build something worth living for. A thriving photography business, definitely. But he’s certain his new mission also includes Sadie, the girl who slipped away.

Sadie isn’t convinced, and she's not willing to open her heart anytime soon. Besides, she’s got a high-profile divorce case taking up all her attention. Winning the case for her client will make or break her practice. So what if it's a custody dispute over a ridiculously expensive fish tank? When Roman discovers the soon-to-be divorced couple are still in love, he and his slightly-nutty grandmother, Babushka, are determined to convince them to cancel the proceedings. He’s not camera shy when it comes to matters of the heart, but interfering with Sadie's clients could wreck her career and any chance they'll ever have together...

Warning: Read only if you love a strong heroine, an alpha hero with a heart of gold, family meddling, and a guaranteed HEA. If laughing so hard that those around you as if you are okay is your thing, then this book is for you.

Title: Do Me A Favor 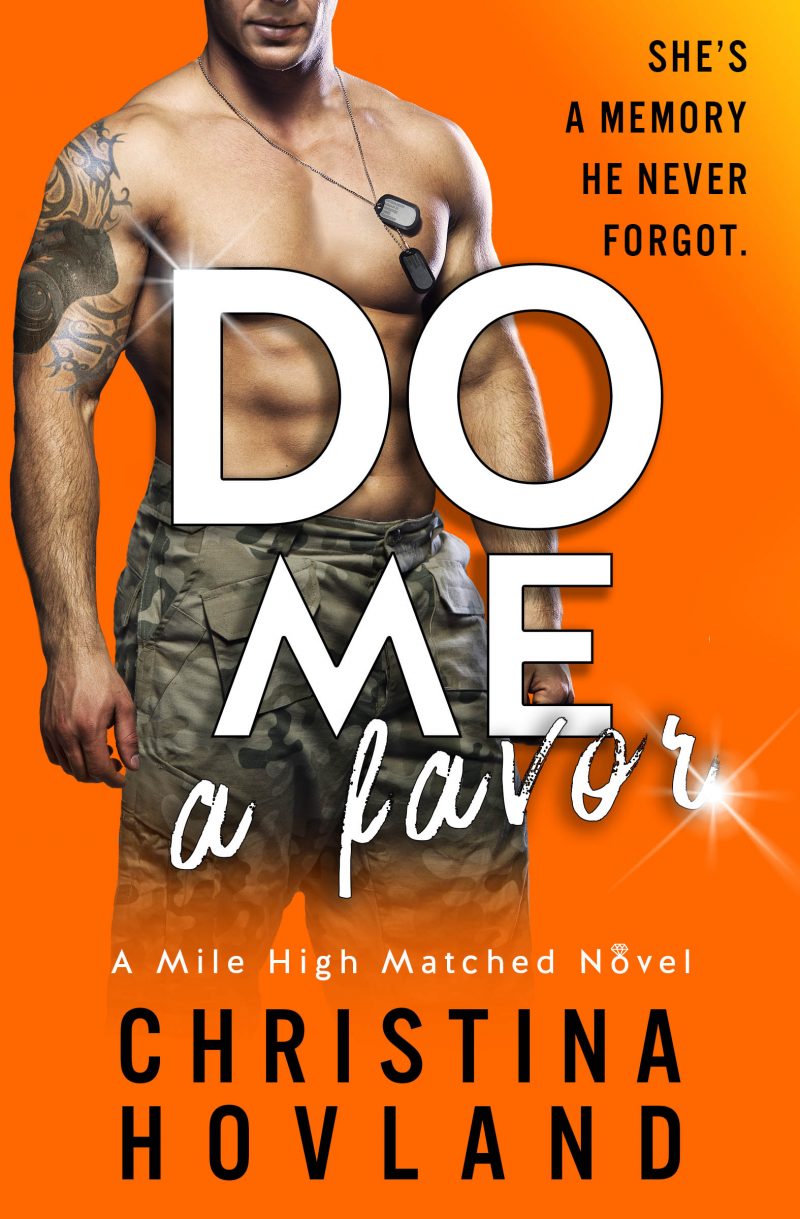 Going Down on One Knee 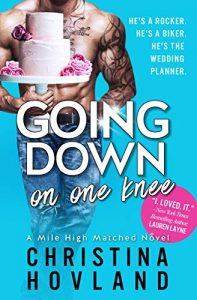 That’s a lie. Sure, she’s got the lucrative job. She’s got the posh apartment. But her sister nabbed Velma’s Mr. Right. There has to be a man out there for Velma. Hopefully, one who’s hunky, wears pressed suits, and has a diversified financial portfolio. He’ll be exactly like, well… her sister’s new fiancé.

Badass biker Brek Montgomery blazes a trail across the country, managing Dimefront, one of the biggest rock bands of his generation. With the band on hiatus, Brek rolls into Denver to pay a quick visit to his family and friends. But when Brek’s sister suddenly gets put on bed rest, she convinces Brek to take over her wedding planning business for the duration of her pregnancy.

Staying in Denver and dealing with bridezillas was not what Brek had in mind when he passed through town, but there is one particular maid-of-honor who might make his stay worthwhile.

Velma finds herself strangely attracted to the man planning her sister’s wedding. Problem is, he ticks none of the boxes on her well-crafted list. Brek is rough around the edges, he cusses, and doesn’t even have a 401(k). But trying something crazy might get her out of the rut of her dating life–so long as she lays down boundaries up front and sticks to her plan…

Going Down on One Knee is book one of the Mile High Matched series. If you love a hunky, tattooed wedding planner this book is for you. Buy now for a fun, opposites attract romance! 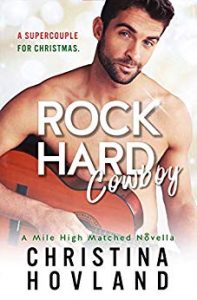 A supercouple for Christmas.

Rock ‘n’ roll cowboy Tucker McKay’s muse has left the building. Returning to his roots at his Colorado ranch might be the inspiration he needs, and he’s done everything he can to ensure his reputation shines for his eventual return to the public eye, should his muse show up again. Ready to leave town, he’s not prepared for the paparazzi frenzy after a starlet falls face down on his lap at L.A.’s trendiest new night club.

America’s Sweetheart, Mackenzie Bennett’s career is on the rocks after a few lackluster movies damaged her studio appeal. She needs something to change, and fast. What she does not need is the firestorm that ensues after an ill-fated spill is caught on camera. Spending Christmas in Colorado with the man she publicly embarrassed is her only option to turn around the bad press.

While a fake relationship might drum up the publicity needed to save both of their careers, a small-town family Christmas may be just what they both need to figure out what truly matters… 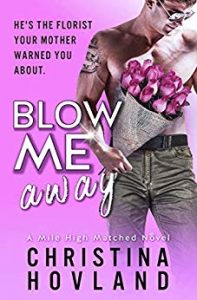 It’s all fun and games until somebody falls in love…

Jase Dvornakov has always loved women, 80’s hair band music, and things that go boom. He used to disarm bombs in the Navy, but he’s back in Denver after a mission overseas went sideways and destroyed his future, including his marriage. Now he arranges flowers in his family’s floral business because flowers don’t explode.

Cookie-baker extraordinaire, Heather Reese, has had one too many rounds of heartache, so she’s sworn off men and prefers to spend her evenings binge-watching game shows. Plus her no-men rule gives her time to focus on her dream come true–Heather’s Cookie Co.–her very own bake shop with an underground following for naughty shaped treats. She refuses to be interested in the hot-shot florist across the street. He is trouble with a capital T. Sexy trouble, but still, a hook-up with Jase is a hard nope.

Desperate to avoid his family’s incessant matchmaking, a fake breakup with the beautiful Heather is just what the florist ordered. If his family believes Heather decimated his heart, they’ll leave him alone. Heather isn’t so keen on the idea, but Jase is determined to make it worth her while. When a pretend breakup becomes the real romance neither was expecting, together they’ll have to decide if it’s finally time to light the fuse on love…

Take It Off the Menu 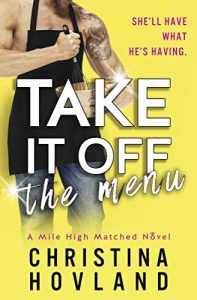 Saying “I Do” has never been such a mess.

Marlee Medford just got dumped. Yes, things have become ho-hum in her longtime relationship, but she was two days away from walking down the aisle with the man she thought was her forever when he called it off. Convincing herself that they’d be able to reignite their spark once the wedding craziness settled? That was easy. Suddenly finding herself without a fiancé? Not so much. Marlee needs to regain control of her life, and a weekend away with her friends is a solid first step.

One of Denver’s best up-and-coming chefs, perpetual bachelor Eli Howard, isn’t into serious relationships—especially the kind that ends in marriage. As if to prove his point that they aren’t worth the trouble, the wedding he was supposed to be catering just fell apart. Feeling oddly protective of the jilted bride—his little sister’s best friend—his weekend plans now involve a trip to Sin City with her group of friends. But it looks like he had a bit too much fun in Vegas when he wakes up married…wedding night included.

Marlee’s attempts at getting her life back together are failing miserably. Her ex-fiancé is taking the house, her chihuahua is intent on a love affair with Eli’s sneakers, and she’s now accidentally hitched to the guy who can’t even say the word marriage. With their quickie annulment denied, Eli and Marlee just have to hang tight until the divorce goes through. It’s just a little divorce amongst friends, what’s the worst that could happen?

Christina Hovland lives her own version of a fairy tale—an artisan chocolatier by day and romance writer by night. Born in Colorado, Christina received a degree in journalism from Colorado State University. Before opening her chocolate company, Christina’s career spanned from the television newsroom to managing an award-winning public relations firm. She’s a recovering overachiever and perfectionist with a love of cupcakes and dinner she doesn’t have to cook herself. A 2017 Golden Heart® finalist, she lives in Colorado with her first-boyfriend-turned-husband, four children, and the sweetest dog around.