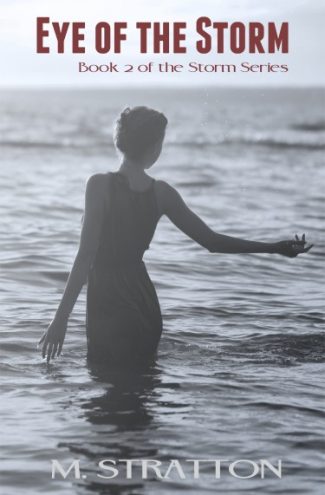 Evie Taylor loves her life in Boston, running her bookstore and café, but an accident has made it so she needs to return home to take care of her grandmother. With extra time on her hands, she decides to start looking for the monster that haunts her best friend’s nightmares. A chain of events starts no one could see coming.

When the last person she ever expects shows up and rings her grandmother’s doorbell she finds herself in the middle of danger. Bound together in a common mission, they’ll search the world looking for answers. But can they find them in time or will they end up paying the ultimate price?

As the storm rages around them, they find each other, and the calm in the Eye of the Storm. 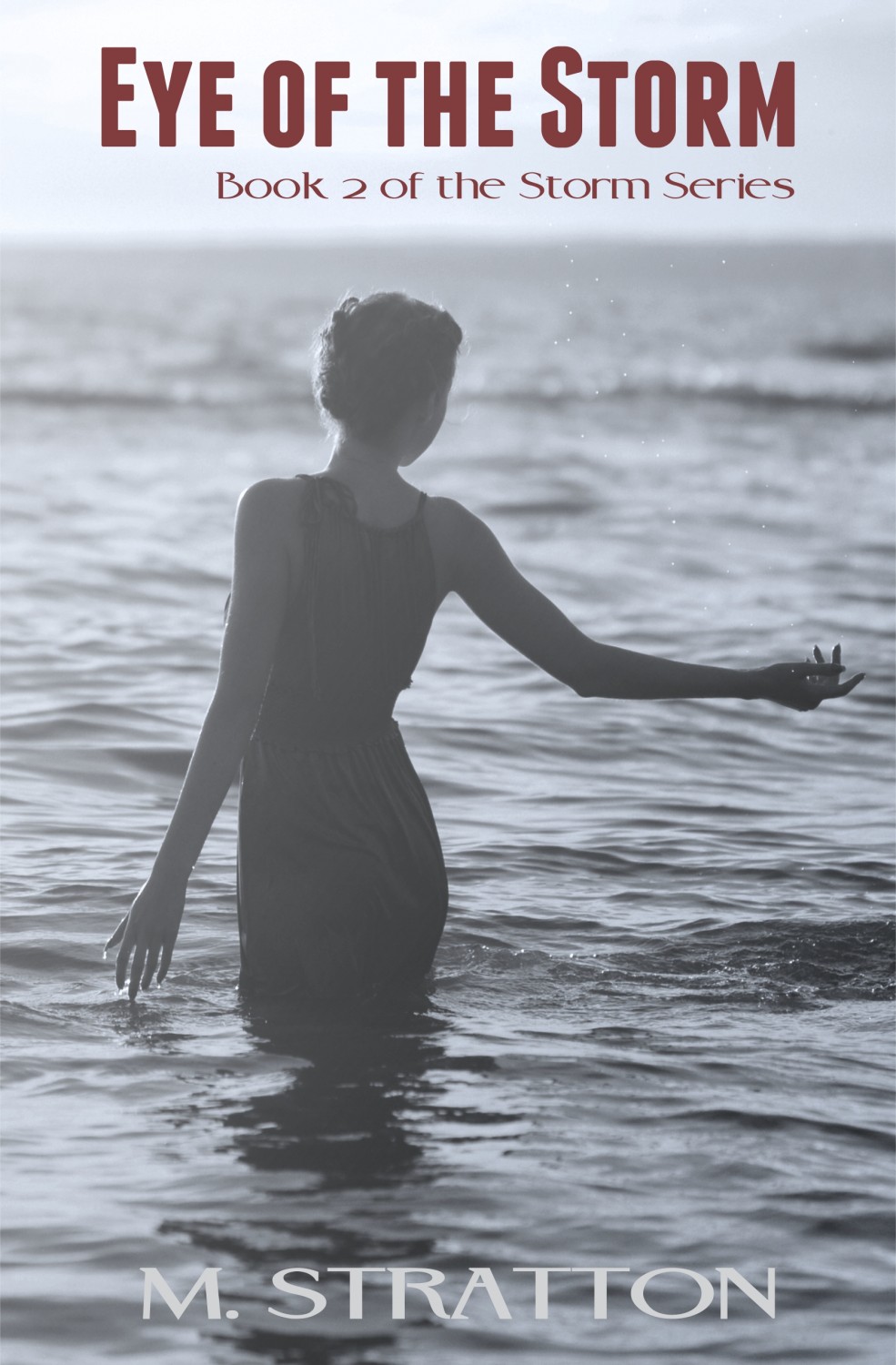 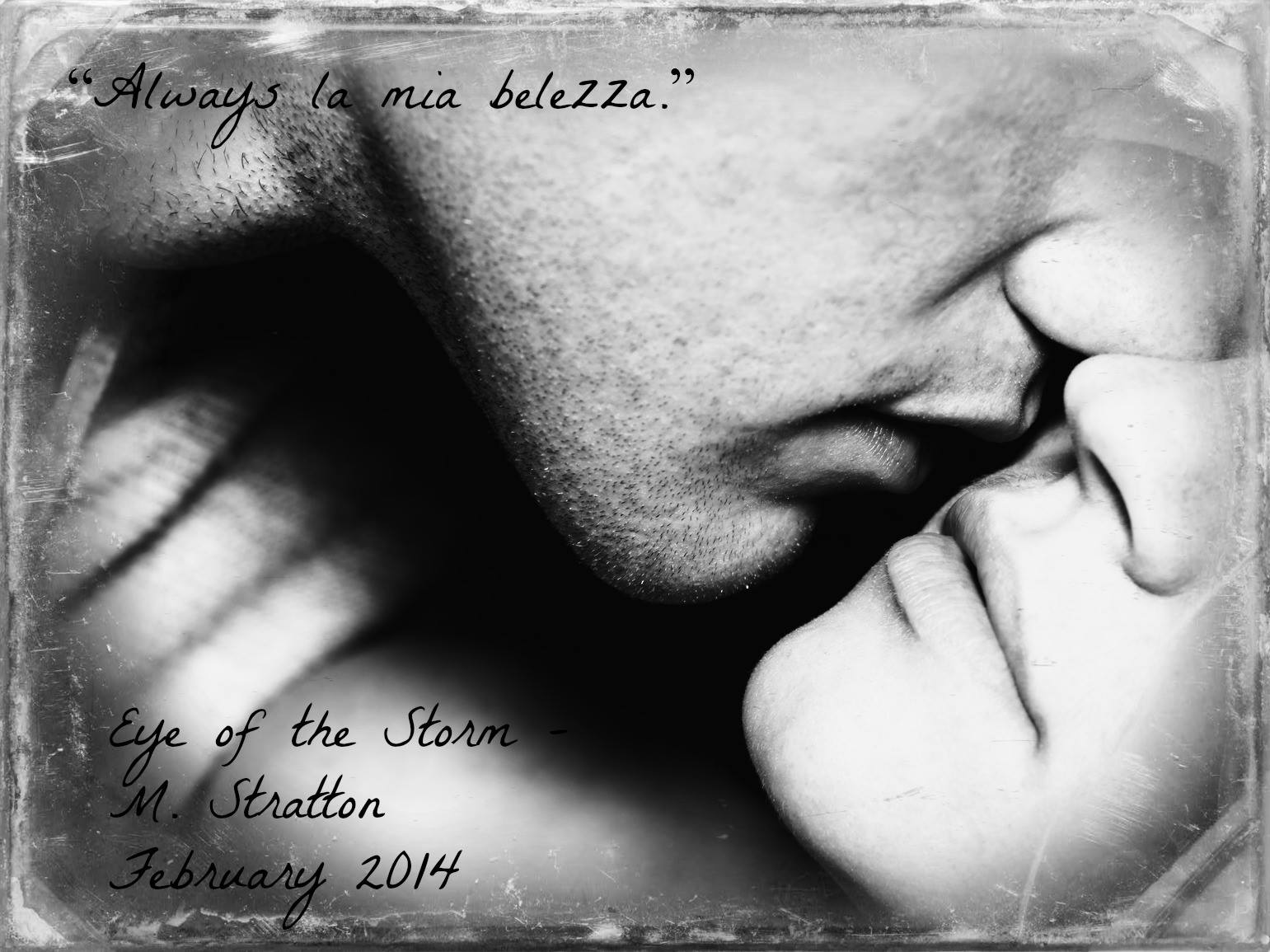 Jeremy Ellison laid back in the bed staring up at the ceiling listening to the gossip show coming from the other room. Right now, he hated his life. He knew it was temporary, but he couldn’t wait for a change to come. A change he was going to make.

He was formulating his plan. He’d spent considerable time and money keeping track of everybody while staying hidden. He knew Anthony Maldono as well as he knew himself and he knew what Anthony would do next. It was almost time to put his plan in motion. He wasn’t done ruining Anthony’s life. It was time to step it up.

After nine long months of watching the authorities run around trying to find him and Anthony being made a free man, it was time to start moving. It made his blood pump that he was finally going to be able to do something. He looked into the other room where the woman he had to depend on was shoving fist after fist of popcorn in her mouth. He wanted to get up and stick a knife in her gut. He hated her. He wanted her dead. But he had to wait since he had a plan. A plan that would increase the stakes in the game he was planning.

Evie Taylor sighed and sat down hard in the chair. She tossed the dusting rag on the table, tilted her head back and closed her eyes. She was bored and longed to get back to Boston to run her bookstore and café. The past nine months she’d spent two extended stays back home. Once for Lexi and now for her grandmother. She’d heard from Jesse and everything was running fine but she missed the weekly shipments coming in and setting up new displays. Not to mention getting to sample new desserts from the café. She loved helping someone who loved to read find a new author. In fact, she’d set up a whole section of the book store for indie authors. It was opening up a whole new world to regular customers.

She looked around her grandmother’s living room. Knickknacks as far as the eye could see. She hated dusting. But that was a testament to how bored she was.She’d come home to Ipswich, Massachusetts when her best friend, Lexi Hanson, had been attacked. She remembered the fear that coursed through her veins when she got the phone call. The drive had been a blur. In the weeks that followed, she hadn’t been able to leave her. It brought back all of the memories of Lexi’s first attack. But her friend completely amazed her. She was so strong and she’d come so far.

Evie sighed, remembering Lexi and Noah’s perfect wedding on the beach just a few weeks ago. Now she was back again, taking care of her grandmother who’d broken her arm partying with one of the male guests in a hotel room. She shivered thinking about what they’d been doing that could have gotten her grandmother’s arm broken, knew at the very least that it hadn’t been pretty since her grandmother had been naked when the paramedics arrived.

“Evie honey, do you want something for lunch?” Evelyne Stone called from the kitchen.

Evie sighed and hefted herself up out of the chair and walked into the kitchen to put her hands on her hips. “Grandma, why am I here if you insist on doing everything yourself?”

Evelyne tsked. “Now honey, you know I need you, but there are some things I can do myself. Besides I need to get my wing back in working order, sooner rather than later with the girl’s cruise coming up in a month. There are going to be men that need taming.” She tried to wave her arm around, almost knocking over the pitcher of iced tea on the counter.

Evie rushed over and caught it, giving her grandmother a look. “Can you please take it down a notch? You aren’t fifty anymore.”

“Pah! Come on honey, lighten up. I know you’ve got it in you. Maybe you should go with us. I know there will be some young hot guys there.”

“And how do you know this?”

“Because we signed up for a party cruise. Average age is twenty-four. I know that’s a bit young for you, but hey, you can still have fun. I know you can.”

Evie closed her eyes and mentally prepared herself for the call from the cruise company to come pick up the Troublesome Trio from somewhere. Although now that Lexi was married to Noah, he might have better connections and be able to get them home quicker than commercial flights. Something to bring up to them when they got back from their honeymoon.

A knock sounded at the door. “Hold that thought.” Evie went to answer the door, absently trying to push back the hair that had escaped her ponytail. They’d rented out the cottage on the back of her grandmother’s property and the tenant was due to show up today.

She could see the shadow of a tall built man through the frosted glass. Evie had hoped the renter would be a family to distract her grandmother so she might get some rest and not chase around after some man.

Evie opened the door and looked up—right into the face that haunted her best friend’s nightmares.

1. She loves the movie Twister… she can say all the lines along with the actors. She will also use those lines in real life as often as possible.

2. Halloween is her favorite holiday. She starts planning months in advance. She has more Halloween decorations than Christmas.

3. She once made up a monologue about her love of chocolate chip cookie dough for her high school drama class.

4. There are times she thinks she is so funny she has tears running down her face while laughing at herself.

5. M. can play the clarinet but is in awe of anyone who can play the guitar, piano or drums, pretty much anything where your hands have to do two different things at the same time.

6. Cary Grant is her favorite actor. When she was in high school after Cary Grant died one of the cable stations ran a marathon, she watched his movies from 6 in the morning all day and night until 4 AM the next day.

7. Reading has always been an escape for her. She can devour a book in hours. When she moved in with her husband she literally donated over 1,000 books and saved over 1,000 for herself. She can reread books over and over again if she loves them. There are some that she has reread about once a year for the past 20 years.

8. She eloped after knowing her husband for only two months in 2006. They are still married over seven years later. 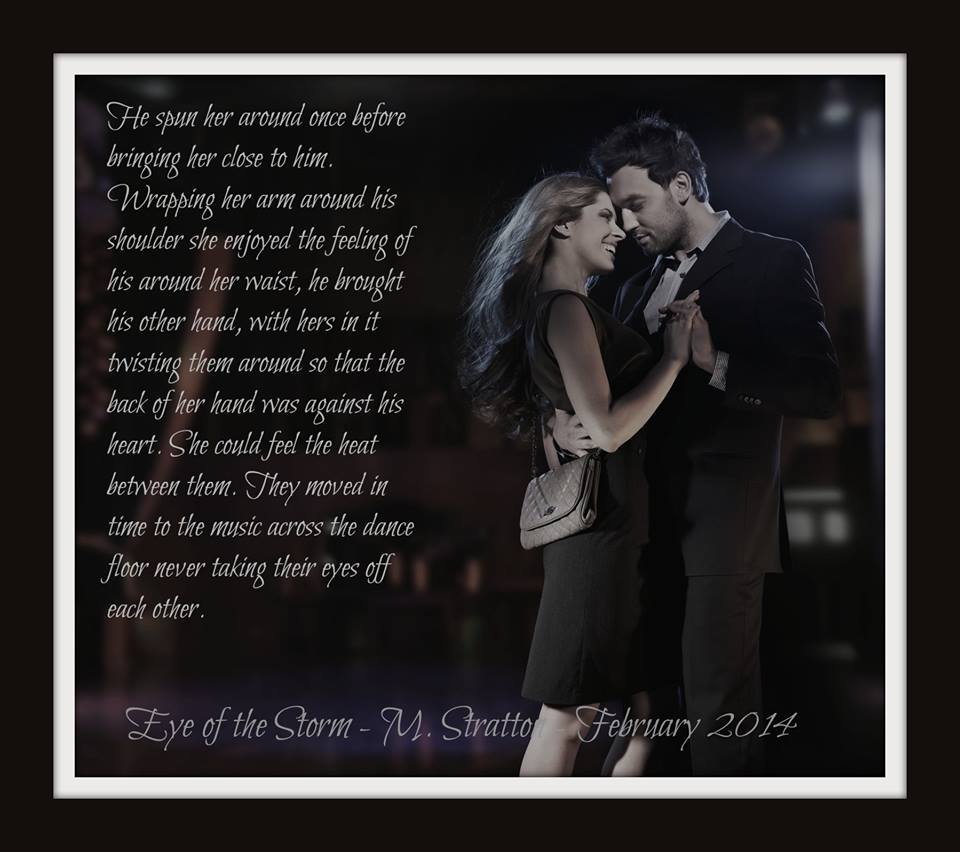 Other Books by M. Stratton

Alexia “Lexi” Hanson moved across country and rebuilt her life after the attack that could have destroyed her. She enjoys her simple life in the beach cottage. Life was complete in her eyes.

Noah Matthews is Rock & Roll’s hottest star and on top of the world. After years without a break he finds the solitude he craves at his beach house. Enjoying his early morning coffee Noah was surprised to watch his neighbor sneak into his garden and start crawling around.

They never saw what was coming that fateful morning. Someone else was watching them. Someone who thought she belonged to him and would stop at nothing to have her.

Lives are changed forever when they meet amongst the blooms in his garden. Even when things seem darkest, there is always light After the Storm. 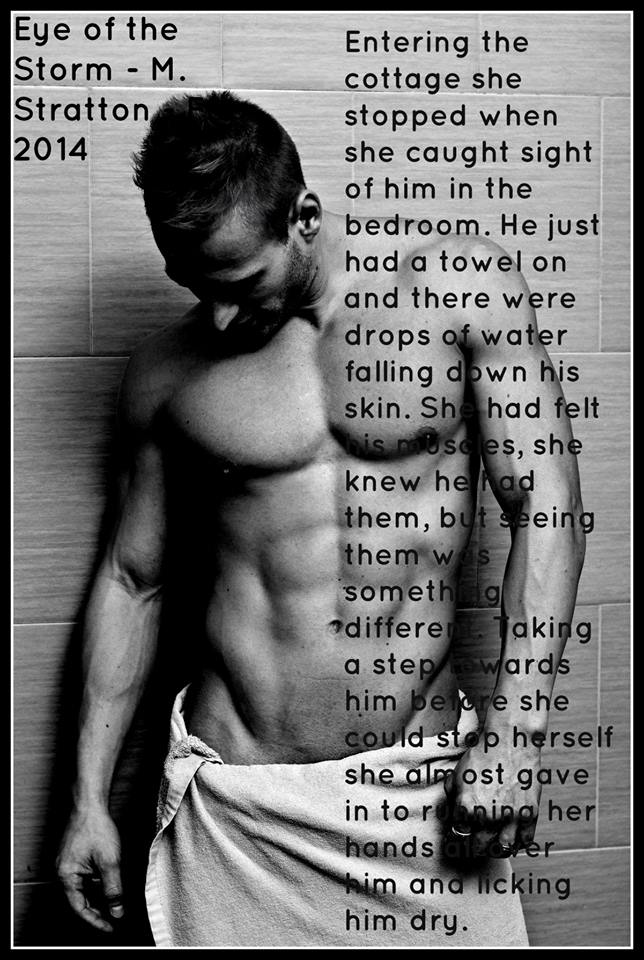 M. Stratton is an International Amazon bestselling author in the romantic suspense and mystery suspense categories for her debut novel After the Storm. She is a self-proclaimed dork that loves to make people laugh and can trip over nothing. Her inner rock star is always on stage performing to a sold out crowd but is quiet and shy on the outside.

She lives with her husband and son in Arizona, which is a big difference from where she grew up north of Chicago Illinois. As an only child she learned to tell herself stories to make the long winters go by quicker while dreaming of summer vacations. Now as an adult she still makes up stories to pass the time, but now she writes them down to share with other people.

When not writing you can find M. watching football (Go Bears!), NASCAR, or classic movies, watching her husband and father restore classic cars, and seeing who can be sillier, her or her son, and of course reading.