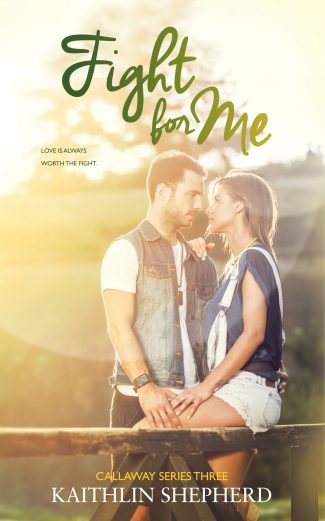 The responsible brother, John Callaway, spends most of his days locked away in his office, crunching numbers and placing orders. When a mysterious brunette rolls into town, he is immediately drawn to her. For a year, John has worked hard at earning her trust, hoping one day she’ll lower her walls enough to let him in.

Finally finding a home in Montana, Abby Johnson is the happiest she’s ever been working at the diner and spending time with the one person who’s shown her that good men exist. When her past catches up with her, Abby will have to trust the man she’s grown to care for to keep her safe, or she’ll risk losing everything.

Will her secret push John away or will Abby realize that love is always worth fighting for? 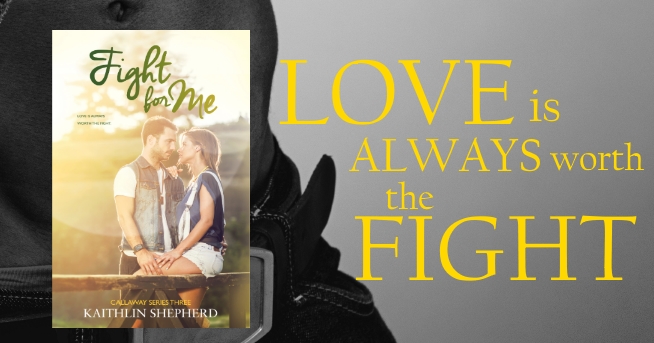 Title: Fight for Me 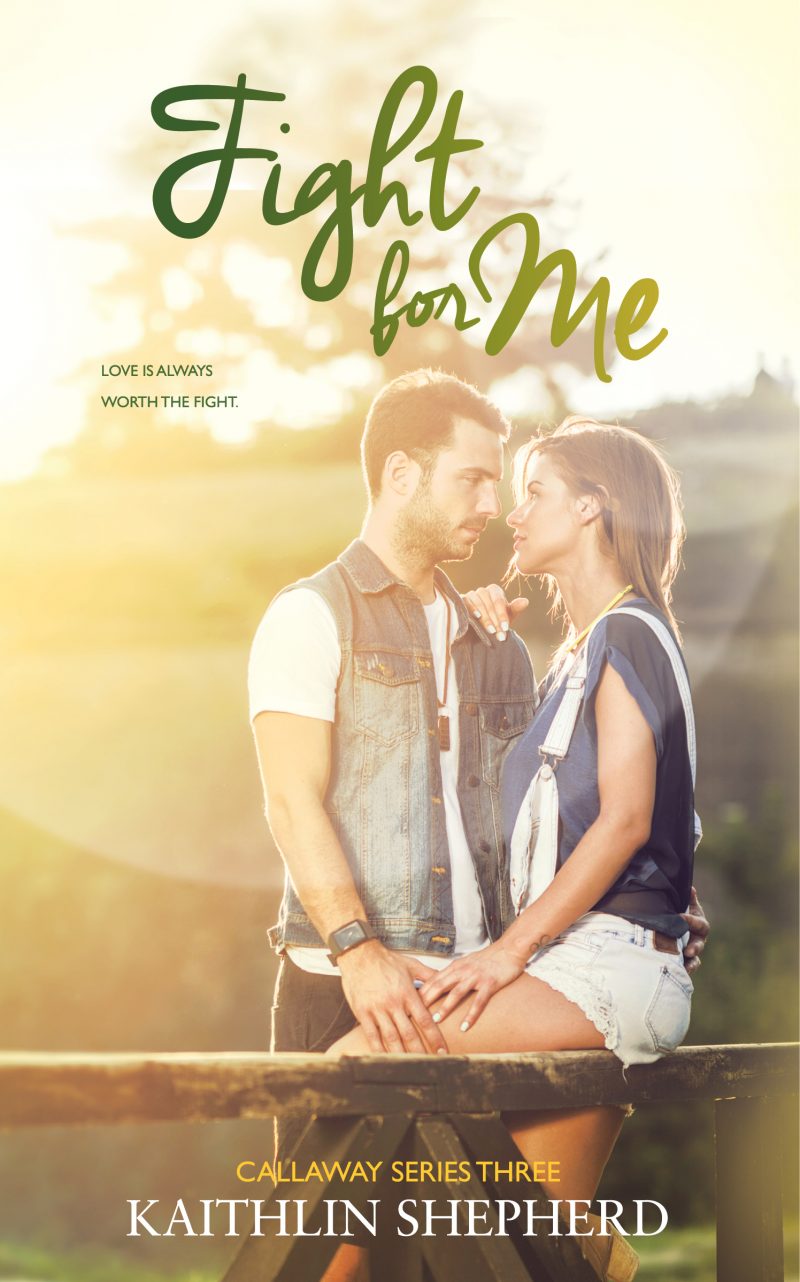 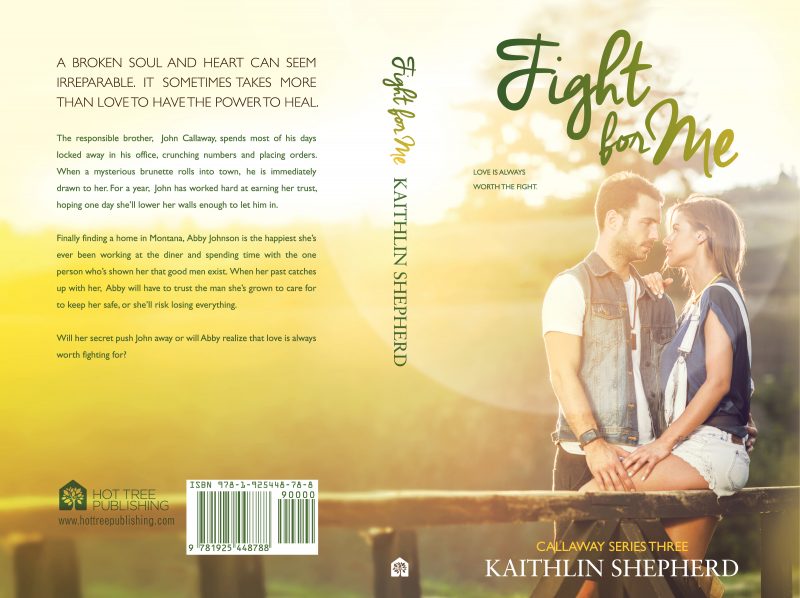 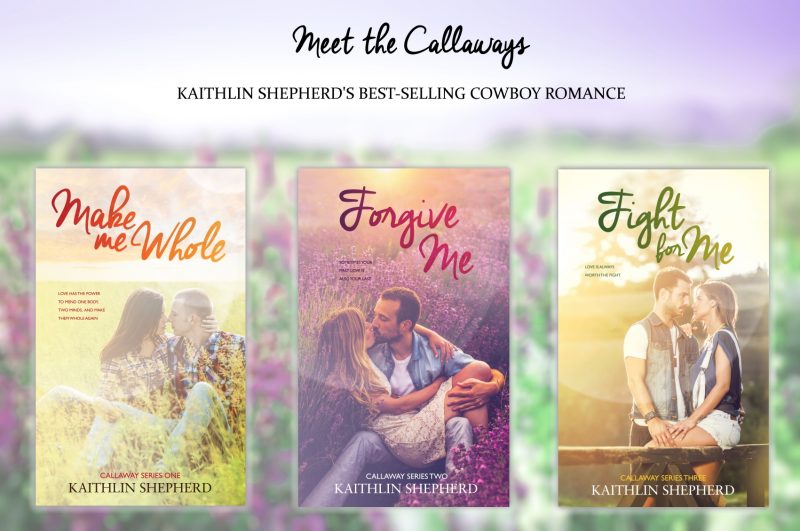 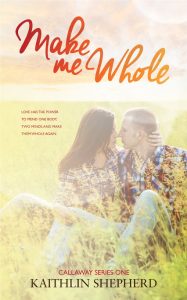 Take the journey with the oldest Callaway brother as he finds and fights for true love.

Having survived the unimaginable, Jamie Caldwell finds herself at a crossroads. Her only chance at a full recovery sends her to Montana. Anxious but determined, Jamie is resolute on her mission to break free from her past, leading her into the care of Cole Callaway. Instantly, everything changes. Jamie knows the cowboy has the ability to help her fight her demons, but opening up to him also gives him the power she’s just not ready to relinquish.

Returning from Afghanistan a different man, Cole Callaway is damaged. His new mission leads him to supporting wounded veterans and helping them get back some of what they’ve lost. With his own demons to battle, every day is a trial, but the moment Jamie Calwell walks into his life, his focus and aim changes. Cole faces the biggest challenge of his life: making Jamie stay in Montana, and if he has his way, in his bed. 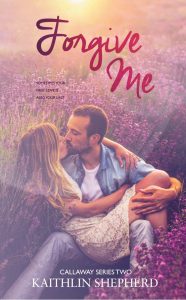 Sometimes your first love is also your last.

Andrew Callaway doesn’t do love — not since Amanda broke his heart and left him in a cloud of dust. Devoting himself to the family ranch, he’s determined to be the man his dad would be proud of, minus the one-night stands and stream of mistakes. Five years after watching her drive away, his first love is back. Andrew finds himself wanting more than meaningless easy conquests, a lot more.

Following her dream of becoming a chef, Amanda Watkins left Montana with a beat-up pickup truck and a broken heart. Five years after watching Andrew fade away in her rear-view mirror, she’s back and is dead set on avoiding the man she still dreams about. When she’s hired to cater for a Callaway celebration, sparks fly and old emotions run hot. If she thought the boy she knew was dangerous, she’s about to find out that the man he became is lethal.

Blame is a dangerous game to play, but forgiveness takes courage that may just prove too difficult to reach.

Kaithlin Shepherd was born and raised in Canada where she learned to figure skate and where she crafted a love affair with coffee. Growing up in a household filled by strong headed women, she learned early on that life is what you make it. Creating a world away from her own day to day, she loves the feeling of creating a universe where her fans can forget about everything in their life. She loves writing alpha men characters and she doesn’t shy away from turning up the heat with scorching hot sex scenes.

Cover Reveal: Long Shot (Under the Covers #3) by Kayti McGee