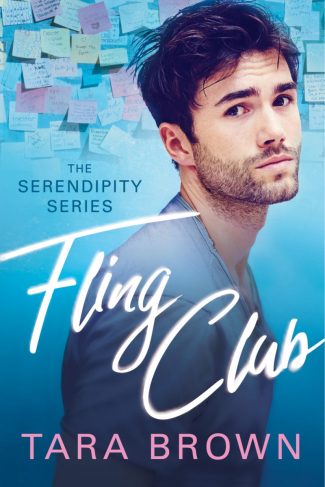 It’s revenge—sweet and hot—in the first book of this sexy and wickedly funny series by international bestselling author Tara Brown.

For the young, rich, and beautiful, summertime in the Hamptons means one thing: Fling Club. Only this time, Cherry Kennedy won’t be selecting a boy for a fleeting romance. Nope, this season, Cherry is out for revenge. Her target? The Fling Club founder and society darling who slept with Cherry’s now-very-ex-boyfriend. And all Cherry needs is the perfect guy for her plan …

Ashley Jardine can’t afford to refuse. He scored almost a full ride to MIT. But that almost still costs a lot. And this is so much money for a little game of revenge and a chance—albeit short—to live the high life. Here, rich girls rule the shore, and everyone has a role to play. Only nothing in the job description warned Ashley that the redhead who’s running the scheme would be so crazy. And cute. Or that he wouldn’t be able to stop thinking about her.

Now, everything is going according to plan—until an unexpected attraction raises the stakes. It’s enough to turn the perfect payback into absolute heartbreak. 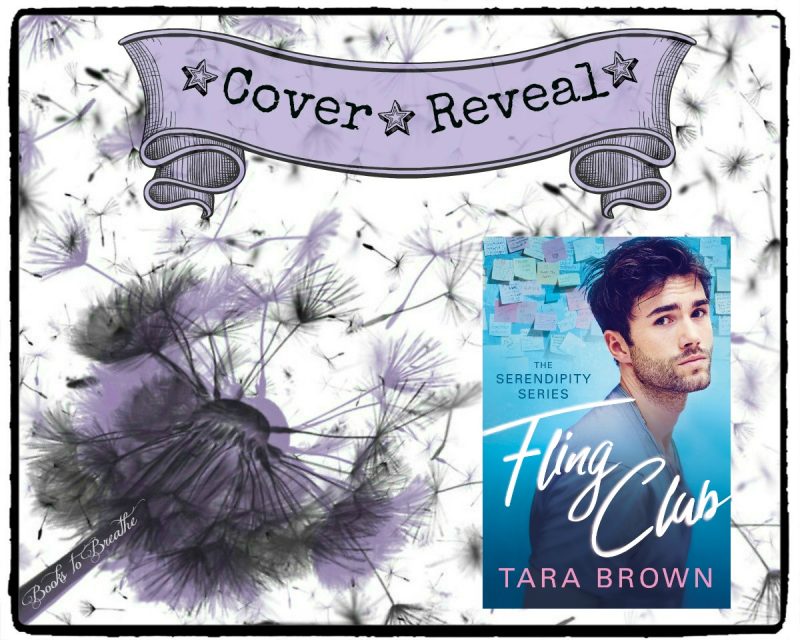 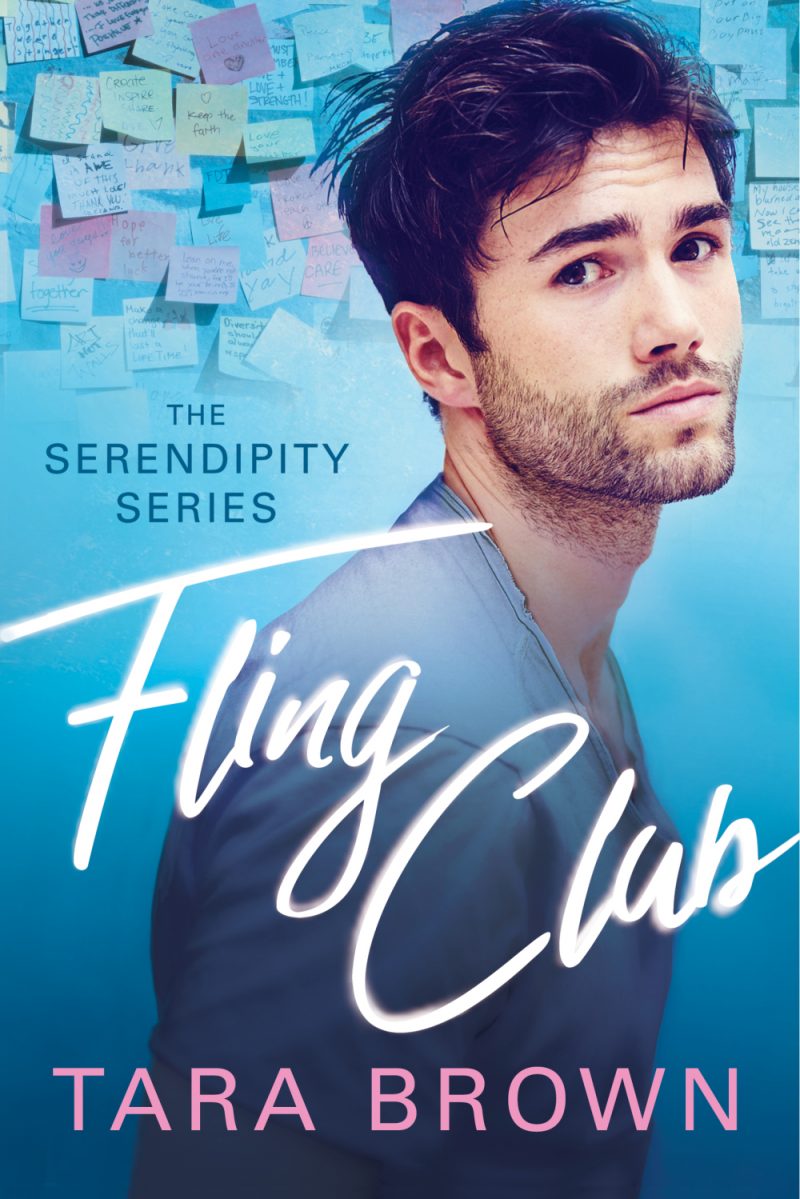 A week later, I stared at the boxes, contemplating how long it would take for the movers to load them up and hoping I still had a few hours before Andy arrived with our chauffeur. I needed to run to the coffee shop with my laptop and post the help-wanted ad my little sister, Ella, had insisted our plot required.

Pacing, I tapped my finger against my lip, finalizing what the ad would say. Ella hadn’t given me all the details, but she assured me what she had in the works would ruin both Cait and Griffin. And she was merciless when it came to the upper crust. She was merciless period. It helped that she hated Cait, the mean girls, elitist attitudes, conformity, and being born with a silver spoon. Anarchy was her ultimate goal.

My phone vibrated on the counter behind me, no doubt another message from Griffin.

My cold and concise breakup text hadn’t been well received. I wasn’t sure what Griffin would say or think, being dumped by text after six months, and so soon after I’d said “I love you” back. But I didn’t care.

From what I could tell, he was crushed, devastated even, that this end had come out of nowhere. He was legitimately surprised that I could possibly not want him. Considering I broke up with him the day after I caught him cheating, I really thought he’d be capable of putting two and two together. I wondered if he didn’t suspect that, just maybe, I’d discovered that he was sleeping with my “friend.”

Apparently he was not as bright as I’d ever given him credit for.

No, instead he acted like he was the one who had been wronged.

Frankly, from the moment I sent the breakup text, I forced myself not to care what he thought or how he felt.

Growing up in a world where arranged marriages were still a thing, I’d promised myself I wouldn’t ever be that girlfriend, fiancée, or wife. The one who quietly looked the other way. The one who pretended things were perfect, smoothed her dress and her hair and all the wrinkles on her face. The one who lied to her reflection when she whispered that it was just sex; it meant nothing. A common problem when business was the focus of the joining families, and not love. No, growing up I knew I was surrounded by many self-important men who used sex as a reward for success or a way to blow off steam, or even as a rebellious act against the system they kept perpetuating.

I also was never going to be like my father, suffering through a loveless marriage for the sake of appearances.

“Cherry?” A voice I knew called from the hallway to the open door of my apartment. “Are you ready or what?”

“Andy?” I scowled, unsure why he was here so soon. He wasn’t supposed to be here for hours.

“No, your conscience has started sounding like me.” Andy lifted an impatient eyebrow as he got to the door of my apartment. “We’ve been waiting for ten minutes. I texted you before we left Harvard. I got finished early. Hans is downstairs with the car. Let’s go.”

“I didn’t realize you were coming so soon—I missed the text. You guys go on ahead. I’ll take the train.” I winced, not wanting him to know why I was staying behind. “I’m not done packing up.”

“Looks like you’re done. Or is it that you’re not ready to leave here, being so close to Boston?” Andy’s eyes narrowed. “Have you gone to see him? Or agreed to see him? Christ, you’re not taking him back, are you?”

“Why? What’s going on?” He stepped closer, coming into the foyer of the apartment and closing the door. “Don’t lie.” He knew me too well. “What’s that look in your eyes? Something’s wrong.”

“Nothing.” I swatted at him.

“Spill, now, or you won’t leave the apartment alive.” He used the bossy tone I didn’t enjoy.

“Cherry,” he warned, lowering his voice even more.

“Really, it’s nothing. I’m just going to take your advice is all.” I didn’t know how else to say it.

“Which advice? Some of it’s pretty bad.” He tilted his head skeptically.

“The uh—revenge advice.” My words became a near whisper.

“Oh, that advice.” He cringed. “That was bad advice. Ignore that. Did you try cake? We can go get some cake now and eat it in the car on the way home.”

“No. God, I don’t want cake. Dessert doesn’t solve everything. It’s like you want me to get fat.”

“Who are you, and what have you done with my sister?” he said seriously.

“Shut up.” I stepped back as he reached for my arm. “I’m going to take Cait down, Andy. She’s done ruling over my life and everyone else’s.”

“How do you propose doing that?” he asked dubiously.

“I’m going to make her break all the rules of Fling Club. Publicly. I’m going to humiliate her and ruin the stupid club altogether.” I whispered, not even wanting the walls to hear this. “I’m thinking about finding a scholarship student from a community college and paying him to date her for the summer while he pretends to be a wealthy European. And then, I’ll be able to prove that she’s a fraud and a bully. I just need to slip down to the café and use the Wi-Fi to post the ad.”

“Genius!” He burst out laughing and clapping. “Genius! I love it. When do we start?”

“Well, Ella pointed out that Cait always goes for guys who show an interest in me. She takes them every summer. It’s part of the sick little game we all play as the cost of being popular and liked by Cait: pretend to have interest in a guy, Cait takes him, then go for the one you actually want. Griffin was the first one she didn’t go after publicly, but she betrayed me behind my back. It wasn’t a game this time, though. He’s my boyfriend—was my boyfriend. Not some fling. Anyway, all I have to do is make the guy I choose hit on me in front of her—”

“Seriously, Cherry,” he interrupted, “this is the best idea you’ve ever had.” A wide grin cracked across his face as he beamed at me. “But forget the community college; go for the gold on this one. Nothing pisses the rich elite off more than MIT. We’ll go there. Find some middle-class nerd and make him the handsome prince for the summer.” He started to laugh. “Oh, God, this is good. I always thought you had some sharp edges in you; I’m glad to see they’re finally poking out.”

“Well, ugh … it was actually Ella’s idea,” I offered weakly, wishing I could take credit for it.

“Right.” He said it like that made more sense. “I guess I should have known. She has the darkest soul of anyone we know.”

“That’s assuming Cait has a soul at all.” He chuckled again. “When did you talk to Ella?”

“On the train after I talked to you. I called and asked what would be the one thing that would ruin Cait Landry. She instantly went for the Fling Club.”

“Come on. I’ll make up an excuse for Hans to make a quick pit stop at MIT so you can post on the community Post-it board.”

“The Post-it note wall.” He said it like I should know.

“All you do is post something on the Post-it wall, and someone will answer your note. It can be anything: a bottle of wine you recommend, a rant, help wanted, or a for-sale item. Sometimes we have poetry on ours, or TAs being annoyingly passive-aggressive.” He laughed at that one, like maybe he’d left a few of those messages himself. “People can answer by either sticking a Post-it note to your original post and making a chain, or they can text the phone number or email address you’ve left behind. It’s like old-fashioned communication in an era overburdened by technology.”

“That sounds weird and archaic.”

“Look at you, using big-girl words! Well done.” He nudged me. “It is archaic—that’s the point. It’s ironic. But I think your best bet is to advertise the position there. It’ll be simple. You write the note and leave an email address; that way you don’t have to keep coming back to Boston to check the wall for a chain of responses. They’ll email you, we’ll set up some interviews, and Bob’s your uncle.”

I couldn’t let her win. Not this time. Griffin wasn’t the first boy Cait had stolen from me. He was just the first one I cared about. “I can do this.” I mustered fake strength and pretended I was like Ella, that I didn’t care what anyone else thought or did.

“It’s going to be easier than you think. Trust me. You have me, and you have Ella.” He sat back, plotting so loud I could almost hear it. “And that’s as good as making a deal with the devil. You need to find some of that savage redhead strength all the other gingers have.” He laughed at his own joke.

It wasn’t easy being calm, even in my own head, but by the time we got to MIT, I’d come to terms with the fact that Cait was going down.

My brother was brilliant and strangely good at acting. He was going to make a killer lawyer and an excellent coconspirator this summer.

My sister was an evil genius hell-bent on destroying the hierarchy that we were created and raised by.

And I was considered the good girl. No one would ever see this coming. Not from me at least.

Who knew that plotting Cait’s demise would be the thing that brought my siblings together in such a way?

Suddenly I felt strong and confident. I slipped my sunglasses on, realizing that I needed to not be recognized.

Tara Brown is an award winning, international bestselling author who writes contemporary and paranormal romance novels but also fantasy and dystopian novels with a smidgen of romance.