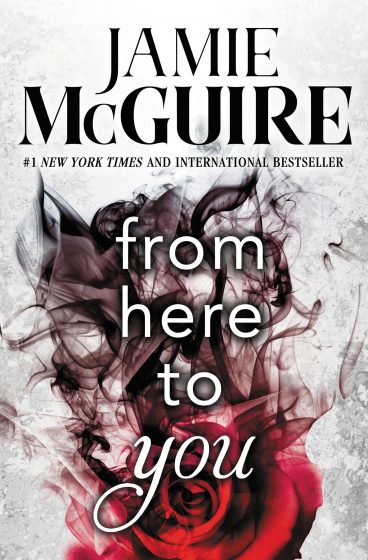 As Darby Dixon sits in a tiny Texas church bathroom on her wedding day holding a positive pregnancy test, she realizes that of all the bad decisions she's made in her life, marrying her abusive fiancé would be the worst. She's never been able to stand up for herself, but she'll sure as hell stand up for her baby. With just the cash she has on hand, she runs to get a bus ticket to the farthest place she can afford. Between her sheer grit and pageant-queen smile, she lands a job as a front desk clerk at the Colorado Springs Hotel. It's not a glamorous life, but she and her baby are all that matters.

A former Marine, Scott "Trex" Trexler has worked in the most dangerous, corrupt, war-torn places on earth. Now he finally has a chance to return to the last place he'd felt at peace--Colorado Springs, Colorado, to take a new job with the Cheyenne Mountain Complex, a top-secret military installation buried deep within the granite.

The moment Trex walks into the inn, Darby knows he's dangerous. There's no way she wants to get involved with another man who seems to be keeping way too many secrets. As charming and devastatingly gorgeous as Trex is, he clearly isn't telling her everything. But as wildfires rage on the mountain and Darby's ex-fiancé shows he isn't so willing to let her go, both she and Trex are soon to find out that what you don't know absolutely can hurt you. 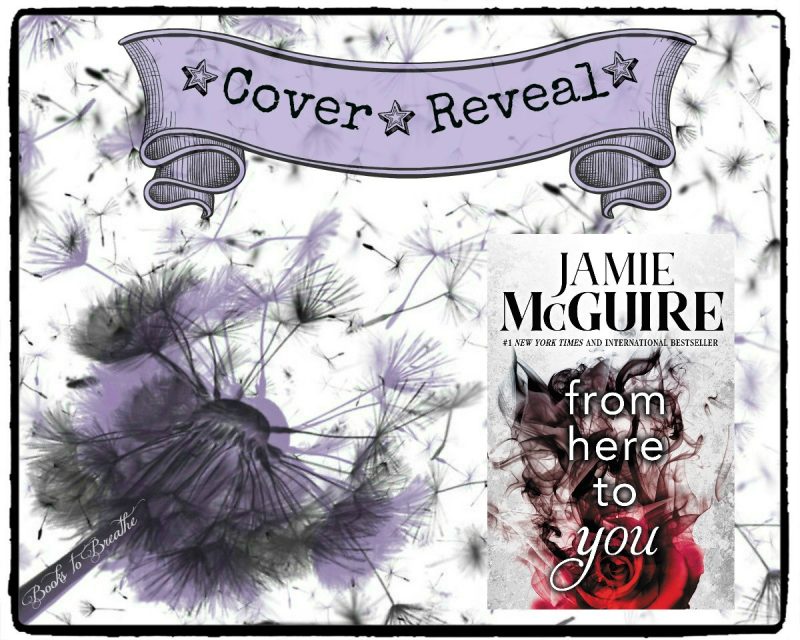 Title: From Here to You 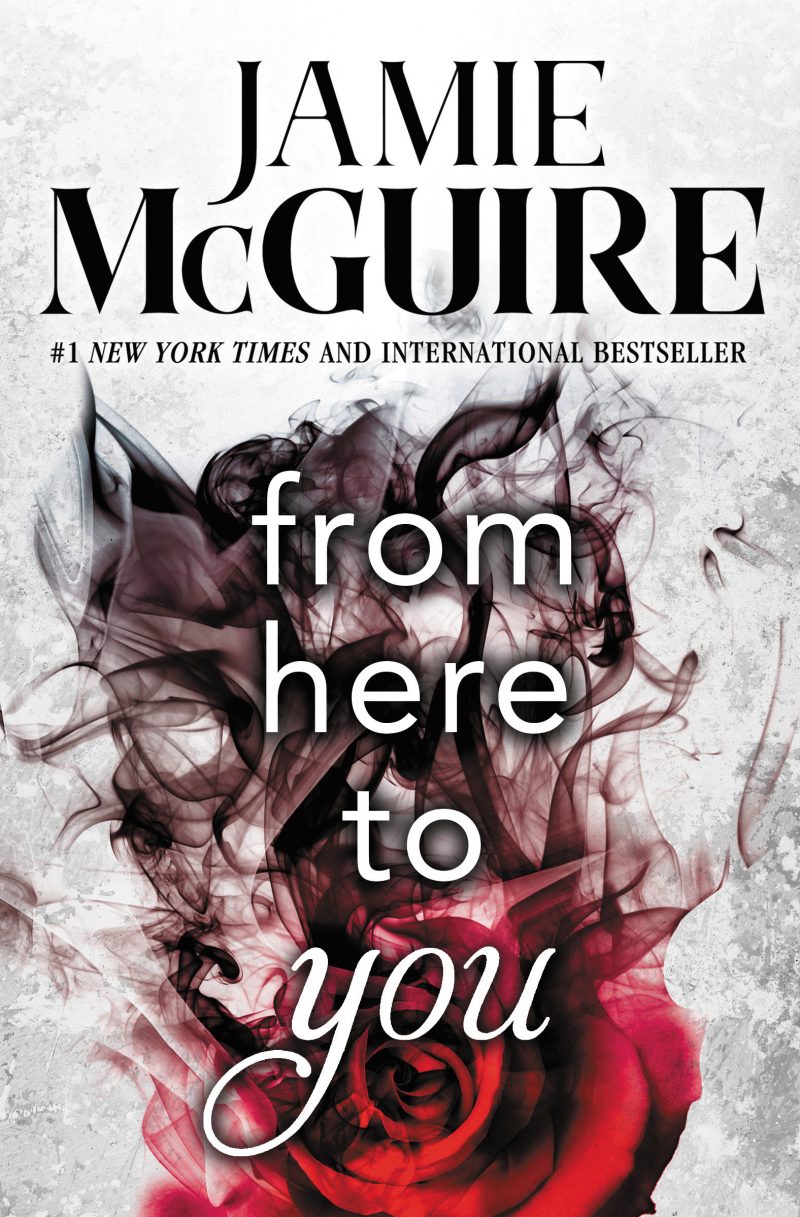 The cold porcelain of the toilet felt like ice against my bare backside as I sat hunched over the white, billowing taffeta and tulle of my wedding dress. The faucet was running, nearly drowning out the sound of my soon-to-be sister-in-law and maid of honor, Stacy, pounding on the door. I pinched each end of the white stick between my fingers, watching as the second pink line darkened before my eyes.

The back restroom of the First Free Will Baptist Church in Fort Hood, Texas, could barely fit the toilet and sink, but suddenly there were two people inside the tiny room, and the walls were moving in closer by the second.

“Darby?” Stacy called again. “You’re not getting sick, are you? Shawn won’t wanna have to deal with throw-up on his wedding night.”

“For better or worse, remember?” my bridesmaid Carly said. I didn’t have to see her to know she was annoyed with Stacy.

My sister-in-law was a female version of her brother. Blunt, snarky, and generally grumpy, and that was before she was comfortable enough to show the extent of her cruelty.

I closed my eyes, holding the stick to my chest. Mascara thickened the tears puddled high on my cheeks. Shawn and I had met almost exactly a year before, just a few months after he’d been stationed at Fort Hood. Remembering the way I felt when he walked into Legend’s Pub was what had helped me forget how bad the fighting could get, the times he’d pushed me to the floor, shoved me against a wall, choked me, or slapped my face, to that almost-quiet moment in the church. Shawn had gotten so good at groveling, I’d agreed to marry him after the last desperate apology and promise to change. I clasped the pregnancy test tighter. I couldn’t afford bad decisions anymore. They no longer affected just me.

My right hand gripped the stick as I picked my cell phone off the sink counter and tapped the display with trembling fingers. Mama picked up after one ring. She’d moved to Baton Rouge just after I turned eighteen, exactly two years after the accident. I was the only person she disliked more than Shawn.

“Mama,” I chuckled nervously. “Have I ever asked you for anything?”

She sighed. “Frank’s family is visiting, and I’ve got things to do. If you don’t need anything, why’d you call?”

“The um, the wedding is in a few minutes. I wish you were here.” The only sound on the other end of the line was her breathing, and I imagined the lines around her lips from smoking since she was fifteen deepening as she refused to speak. I held the back of my hand that held the pregnancy test against my forehead. “How is Frank?”

“He’s still off work. His back, you know. He moved in last month. Why?”

“Oh,” I said, thinking about her two-bedroom apartment and how crowded it would be.

“Yep, got a divorce.” She blew into the phone, and I remembered sitting deep in my chair as a child, avoiding the low-lying haze of cigarette smoke always present when Mama was home. That was no place to raise a baby. She was right. The phone call was a waste of time.

“I should probably, um…”

I pressed End, and stood, placing the stick on the counter next to my phone. The faucet squeaked when I turned the knob. The cold water felt so good running over my fingers, freeing, as if I weren’t stuck in the tiny bathroom trying to figure out how to leave with Shawn’s baby growing inside of me. I thought about my options, and as grateful as I was to have them, the thought of walking into a clinic was too much. So was being tethered to Shawn for the rest of my life, the bond of a child more secure than any wedding ceremony.

The suds slid off my skin and down the drain. The reflection in the mirror caught my attention, and I froze. Most days I didn’t recognize myself, but the fear and hopelessness had made a home in my eyes. My tears had pulled black lines down my cheeks. Honey-blond waves had escaped from my bun, poking out from beneath my veil and framing my mess of a face, the same one that had won Miss East Texas just four years before. I wasn’t sure I remembered how to smile like that anymore. That girl was gone.

In less than twenty minutes, Shawn would be standing at the end of the center aisle, waiting for me to promise in front of his family and half the base that I would love and obey. No one would know about the child I was carrying, and even if they did, they had no clue that the added stress would only make Shawn’s already short temper even more frightening.

I reached for a paper towel and used it to wipe away the bright red lipstick from my lips.

I swiped the stick off the sink and opened the door, letting Carly slide through. Between my dress, me, the toilet, and the sink, I wasn’t sure how Carly could fit inside, but like all things—she made it work.

“Jesus, she is obnoxious,” Carly hissed. “Are you sure you want to attach yourself to that for life?” When I didn’t answer, she blanched. “Oh, God. You don’t.”

“Oh, shit,” she said, clearly not worried about swearing in a church. Her sweet, Southern drawl barely made it a cuss word. “To tell her you’re backing out? Is she coming to get you?”

I shook my head and stared at myself in the mirror. “No one’s coming to get me.” My voice sounded as broken as I felt.

Carly fussed with my hair. “Listen, if you want to do this, we’ll fix your face and you’ll look beautiful.” Recognition flickered in her eyes. “Darby…stop me if I’m out of line, but, honey, my car is right outside the side door. I’ll grab your things when no one is looking, and I’ll take you wherever you want.”

Carly didn’t say anything she didn’t mean. She was a stunning blond Southern belle with glistening green eyes, a tan year-round, enough bleach on her hair to do ten loads of laundry, and shimmery everything. She made a killing selling makeup, and her parties were more like women’s empowerment retreats. She’d tried talking me out of marrying Shawn as soon as she’d found out we were engaged. She’d also hosted our engagement party.

“No one would wonder why, Darby. We all know what happens at your house. You can walk away from this guilt-free.”

Stacy began pounding on the door again, my entire body jerking in reaction.

Carly licked her handkerchief and wiped the skin beneath my eyes. “If this is what you want, I’ll go get you some of my lipstick, because you need a little color. If it’s not, I’m going to get my keys, and I’ll be waiting for you outside.”

A few minutes after Carly left, my heart was pounding, my hands sweating. Even though freedom was just down the hall and through the door, I’d never been so terrified in my life. The stick was slipping out of my sweaty hand, but I clenched my fingers, refusing to leave it behind. Shawn didn’t need more reason to come after me.

As promised, Carly was sitting in her Lexus. I climbed into the passenger seat, my wedding dress spilling over the console onto her side.

She grabbed my hand. “Where do you wanna go?”

I looked at the wristlet on my lap and nodded. “I have two hundred dollars. Think that’s enough?”

“Don’t you worry about that.” We backed away from the church and pulled out into the street.

I turned up the radio, trying to drown out the sound of the many voices warning me of the consequences that would come with leaving Shawn. He’d warned me dozens of times what would happen to me if I left him. Sometimes, by the look in his eyes, I was sure he didn’t even want me, he just couldn’t stand the thought of me with someone else. More nights than I could count, I’d lie awake to listen for sounds of an impending attack.

Carly turned down the volume and then grabbed my hand and squeezed. “You’re doing the right thing. It’s only going to get better from here.” 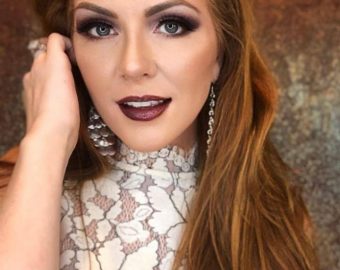 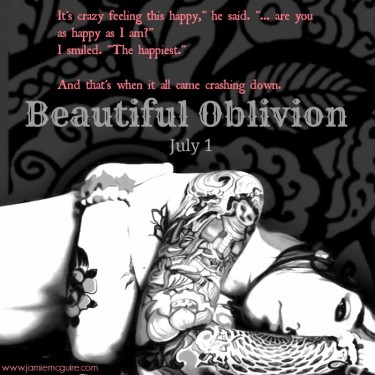