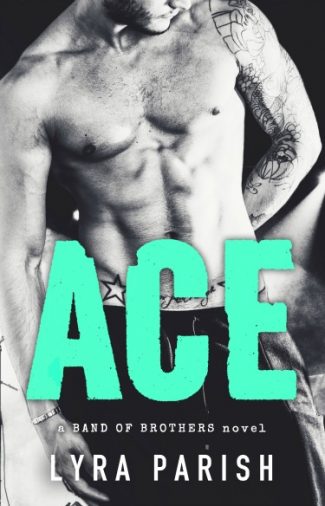 The Band of Brothers novels are full length and will follow each brother in the band. They can be read together or separately.

Ace, a Band of Brothers novel by Lyra Parish 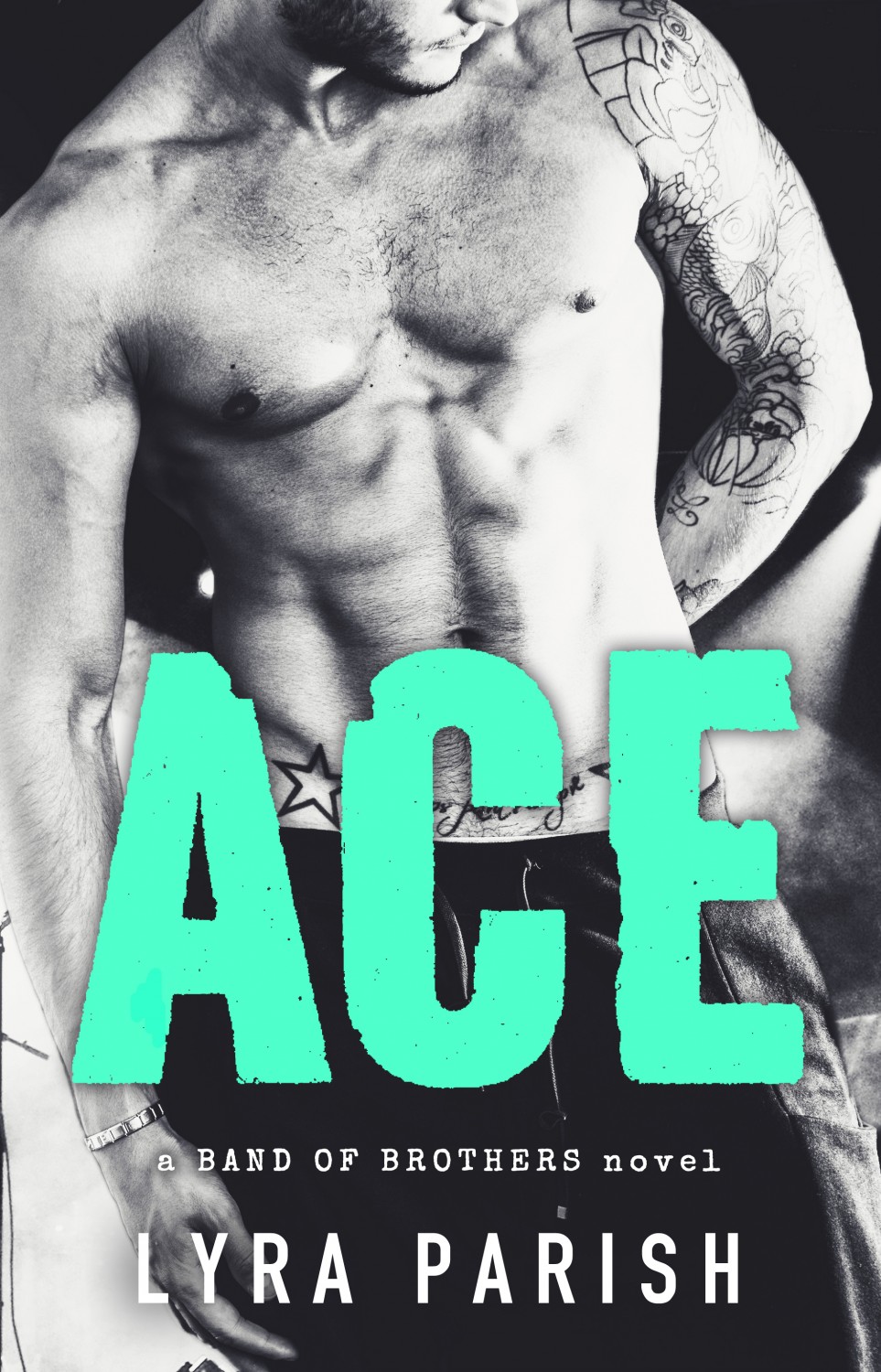 Disclaimer: this is subject to change.

Tonight I would fuck the blonde in the front row. The set was nearing the end and I could feel her gaze peeling off every piece of my clothing. I liked when a woman knew what she wanted.

Blue and green lights flashed over the stage then washed across the crowd. When we made eye contact again, her tongue traced the outside of her plump bottom lip and at that moment I knew she was DTF. Her being down to fuck made this so much easier but then again, being the lead singer of the Band of Brothers made panties magically melt. I’d be her fantasy for the night.

This tour wasn’t like the others because this time everyone wanted a piece of us as if our success happened overnight. But we earned every fucking opportunity we had. I would say given but that’s bullshit. My brothers and I worked hard for every small and large success we had because that’s our nature. We were raised to not take shit for granted and to work hard. Being assholes just came naturally but we knew to give respect where respect was due.

Each show from Florida to California, all the way to New York was sold out and that felt incredible.

The drums beat on as I screamed out the next few lyrics. “I won’t let the world decide. I’ll die before that happens.” The drums stopped and the distortion was cut leaving a melodic strum of Nicolas’s guitar.

The lights faded when walked off stage leaving the crowd to themselves. Ian, Nicolas, and Liam had huge smiles covering their faces as they chugged the water the technicians handed us. This would never get old. Moments like this were the ones we lived and worked for. Once the chanting and clapping started, the four of us walked back onstage and gave the fans what they wanted, an encore.

Green and yellow lights flashed over the crowd and smoke hovered at the bottom of the stage. We played three more songs and the people sang and swayed to the lyrics and music. Some jumped up and down, feeling the full beat of the drums while others banged their heads. The feeling of having thousands of people chanting my words would never become real. More often than not, I felt like I was in a dream, one that I never wanted to wake from.

During the last song, I pointed to the blonde who continued to visually rip my clothes off with every little blink she took. By the way she was dressed in a tight pink shirt and little bitty skirt, I knew she wanted to be seen. She could have possibly had this night planned from the beginning. Randomly, I chose a few others from the crowd to join us, to dance in front of our audience, to feel the temporary power. It was something I did every show, every tour. It was a habit of sorts.

Security helped the girls climb on the stage and they shook their asses in those little pieces of material that were supposed to be skirts. It always made women feel special when they were with the band, and I loved giving them just a little taste.

A person doesn’t fully understand performing live until they have had the opportunity to look out past the stage lights and see the people. Before the song ended, the technicians led the girls’ side stage as cannons of confetti shot from the floor. Different colored pieces of paper glittered everywhere. When the final song ended, my brothers and I walked side stage where girls anxiously waited us. I smiled, popping an eyebrow at my chosen woman for the night, and she instantly came to me. I wrapped my arm around her shoulder and hers hung on my waist. My brothers stopped in the green room with the other girls, but Blondie and I walked to the bus.

Sign up to receive an advanced review copy of Ace. These will be only be sent to kindle addresses. Several random people will receive them close to release date. 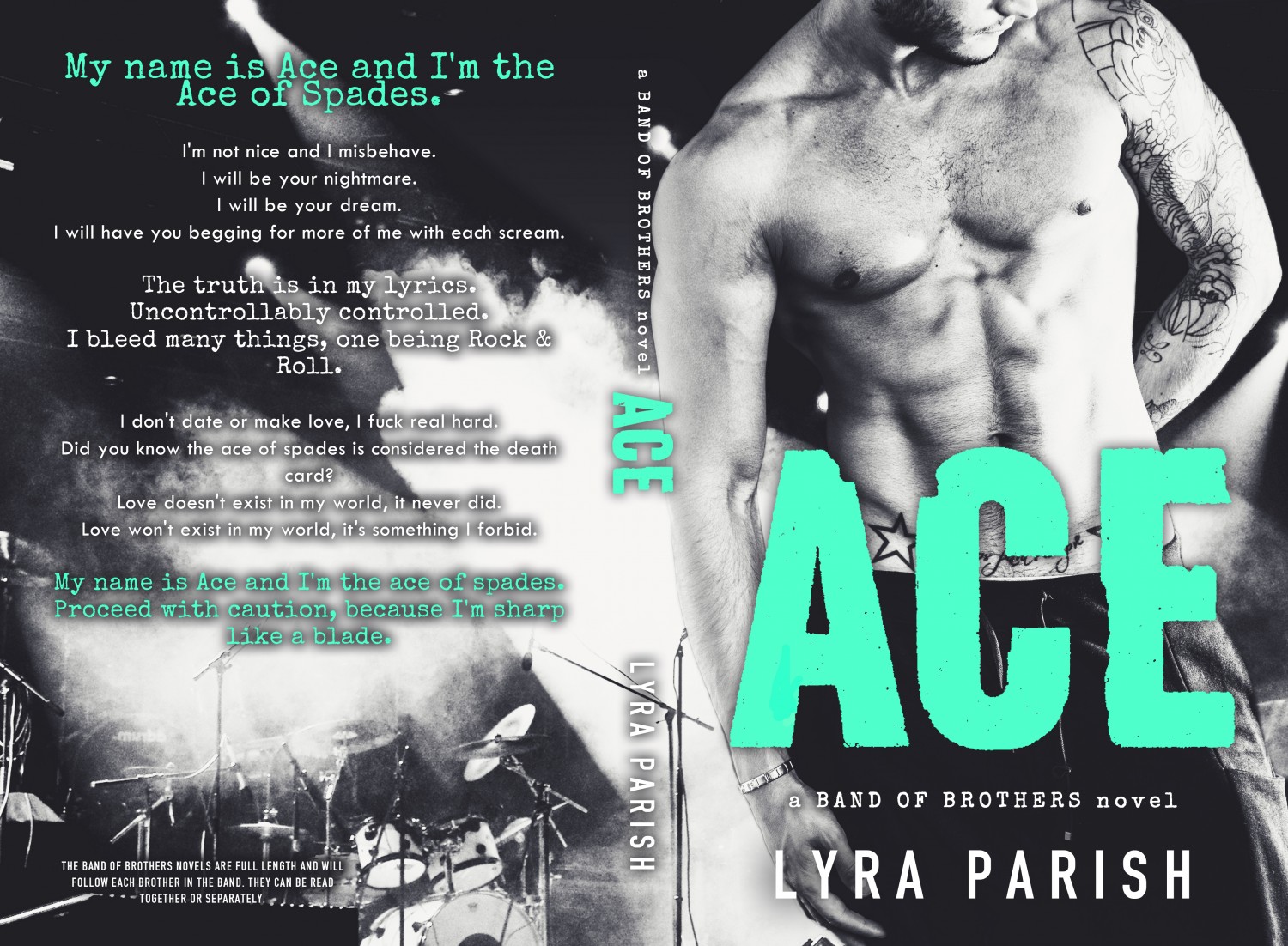 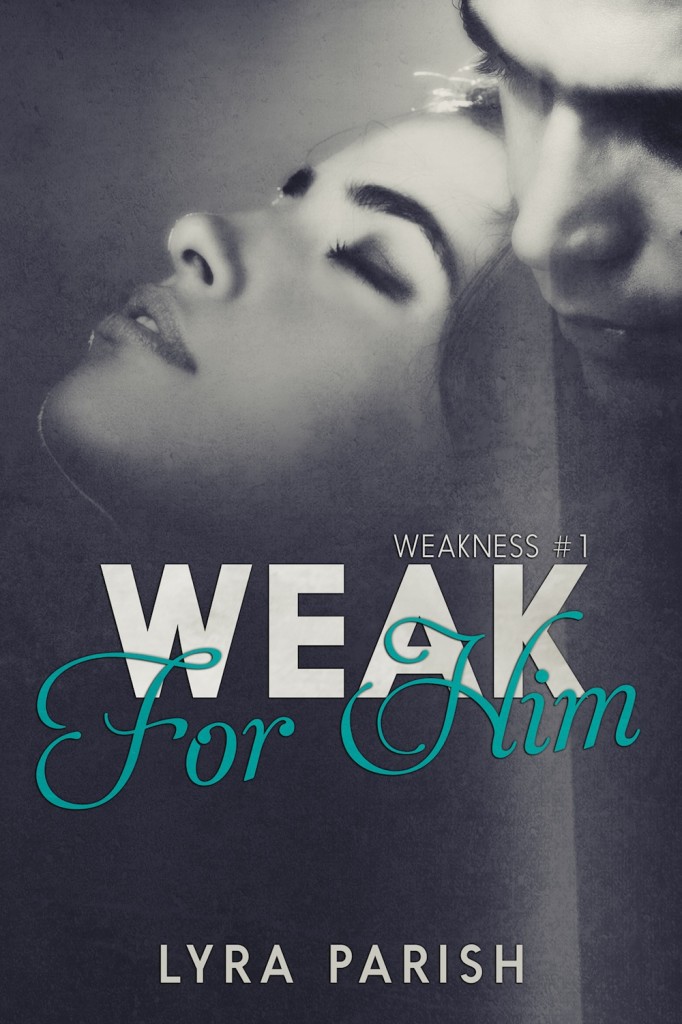