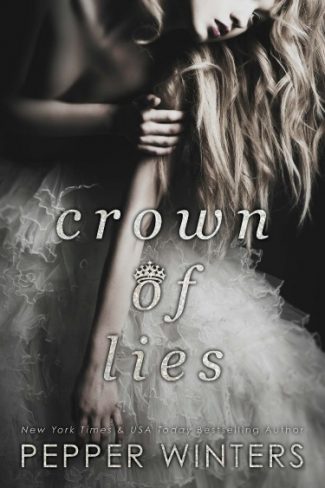 “I met the man I wanted. But then he vanished and a new man claimed me instead. My father approved, my colleagues congratulated, and behind closed doors, I was bedded by a master.”

Noelle Charlston lived a fairy-tale life: a doting father, a powerful job, and a future blessed with financial security.

Noelle’s freedom was no longer hers. It belonged to the stranger her father believed was the perfect match. The stranger who pulled his lies over everyone he touched.

The lies he spins, the truth he hides, the mystery he webs—it’s all enough to slowly erode the woman she’d been and turn her into something else.

Until her past collides with her present.

And it’s her turn to lie.

To everyone... including herself. 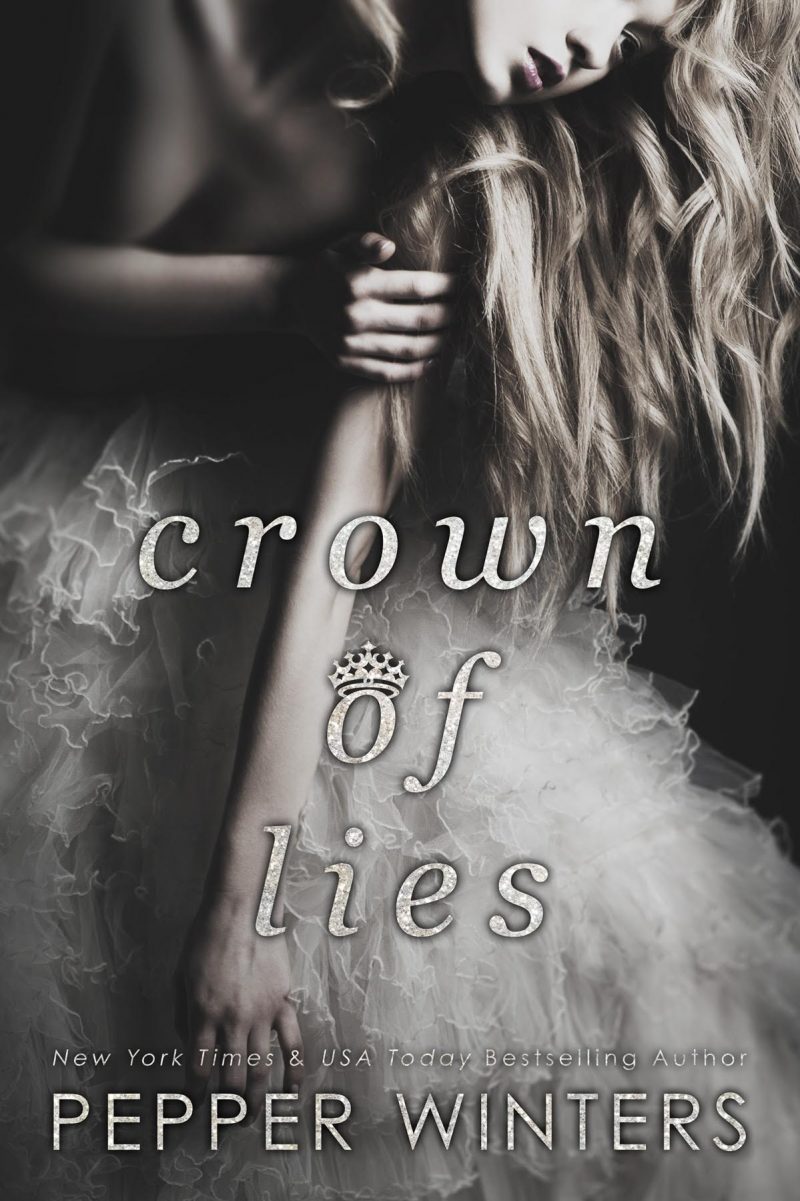 “You must be Chloe.”

“I am.” The girl who tormented me in high school simpered, tossing her chestnut hair like a high-strung pony. Her green dress complimented the tan she said she’d earned from the Caribbean last week. Her gaze sank into Penn as if he were some prize to be won. A prize she’d very much like to taste.

Penn pulled me into his side, running his hand erotically up and down my arm. “And I believe you know my partner Elle.”

“Wait, partner?” She blinked. “I thought she was with Greg.” Finally her eyes left Penn and locked on mine. “You got two men now, Ding Dong Bell? A little greedy don’t you think?” Her giggle sounded forced and fake.

I wanted to sink into the ground and never reappear.

I waited for Penn to mock the nickname, just like Greg had. But he stood cold and primitive, a velvet purr falling from his mouth. “She only has one. Believe me, all she needs is me.”

I opened my mouth to reply but Penn squeezed me, keeping me silent. His arm was a hot band controlling me and making me wet in equal measure.

The other girls from school slowly looked up from their conversations, paying attention while trying to appear uninterested.

They didn’t fool me or Penn as he smiled his signature sexy smirk and grabbed my chin. His lips planted on mine in a brutal kiss, bruising me, consuming me as his tongue took liberties and his power stole all my remaining breath.

He made me stupid.

He made me proud.

The instant I lost the tension in my spine, he let me go—almost as if he’d kissed me deliberately to keep me out of my head and in my body with him.

“Are you going to tell them the good news, or shall I?” His authoritative tone blended with a dark flirt.

I blinked. “Tell them what?”

I was one step behind. I couldn’t catch up. I’d never been that way before. I’d always been the boss, leading. I didn’t know if I liked being the follower.

“Tell them you’ve decided to let me own you.”

“Wait, what?” Chloe’s mouth hung open. “What does that mean?”

I shook my head, rubbing the sudden goosebumps on my arms. Penn said we were playing a game. And yet I didn’t know the rules or what was expected.

He answered for me again. “We met a few days ago and it was love at first sight.” He dragged me close, his eyes black. “It took some convincing but Elle has agreed to give me a chance.” He glanced at Chloe, filling his handsome face with ardent satisfaction. “She said yes.”

“Yes to what?” Frankie appeared, eyeing Penn from his black shoes to his five o’ clock shadow.

“Yes to marrying me.”

The world screeched to a halt.

I flinched, trying to tear myself from Penn’s embrace.

He held me tighter, his fingers sinking like keys into my arms, turning a lock, keeping me bound to him and useless.

Whoa, this was too much. Too fast. Too scary. Too far out of my comfort zone.

Yes to marrying him?

I never agreed to that.

And now it’s time to say no.

I tore myself from his embrace, my body shaking. “Stop. That’s not true. Don’t spread such lies.” I stared helplessly at Chloe whose face had turned snow white. “I’m so sorry. Ignore him. I don’t know what’s gotten into him. We’ve only just got together. We’re not engaged. He’s not—”

“What my fiancé here is trying to say—” Penn interrupted. “Is she’s too kind-hearted to rub her success in your face even though you do the same to her. I don’t need to hear stories of what it was like to grow up with you. I see her and I see you and I understand the shadow you made her exist in. But not anymore.”

His teeth flashed as he snarled, “I’m stealing her from you now. From all of you. She’s mine. And it’s a sad loss that you never figured out what an incredible creature you had under your noses the entire time.”

“That includes you.” Penn pointed at him. “I don’t know how long you’ve known each other but you fucked up.” He laughed low. “You’ll never get her back because she’ll never be the same once I’ve had her.”

My cheeks turned into flames of hell. I ducked my chin, doing my best to hide. I wanted the club to vanish and Penn to disintegrate into dust.

Words and curses tangled to spew at him but he pulled me from the crowd, away from cringe-worthy declarations, away from high-school trolls and wanna-be boyfriends, and through the nightclub to the fresh air outside.

I managed a few gulps of oxygen before he yanked me down the alleyway between the nightclub and a restaurant and slammed me against the brick wall.

Quicksilver memories of another alleyway and another man once upon a time tried to twist my present with my past, and then it had no power as Penn’s lips crashed over mine and he kissed me.

Each swipe of his tongue blasted through my decorum, dragging alive the sexual being inside who’d never been allowed to evolve.

His right hand bunched my dress up my leg. My brain tried to split—to focus on the foot traffic only a few metres away and not on the blistering heat of his fingertips on my inner thigh.

And then nothing else mattered as his touch found my core, pushing against my underwear.

He didn’t pull back to see if I was okay with this.

He merely kissed me and fingered me over the lace.

All I wanted to do was to let go. To trust in the magic he created in my blood and allow him to be as arrogant as he wanted. To take charge.

I couldn’t let him get away with what he’d said. His lies. His verbal telling off to people I had to converse with.

He was far too brash and daredevil for my world.

His mouth kept working mine, dragging a moan deep from my lungs.

I had a second before I drowned under his powerful wave and lost myself. A second and then I would be gone and I couldn’t blame anyone but myself.

My teeth sank into his lip, not holding back as I did the only thing I could to slow things down and breathe.

He stumbled backward, holding his bottom lip where a bead of blood welled. “Fuck.”

My ribcage rose and fell. I sucked in gasps, giving in to the slight hysteria he’d caused. I held up a shaky finger. “Don’t touch me.”

My plait caught like Velcro on the bricks behind me as I shook my head. “No, you don’t.”

His eyes etched with black. “You said yes, remember?”

“Yes to a beneficial sexual relationship. Not to damn marriage!”

He chuckled. “That’s what’s got you afraid? Marriage? I have no intention of marrying you.”

I frowned. “Then why lie about it?”

“Why not?” He shrugged. “Why do other people have to know exactly what we do and who we are? Why do they have to hear our truth when they’re so fucking fake themselves?”

I hated that he had a point.

He placed a hand on the brick wall by my head, his body swaying into mine. If he touched me again, I doubted I’d have the willpower to stop him. My clit still throbbed from his touch, the echoing bands of release a phantom cry in my veins.

He lowered his head, a tight smile on his lips. “Fine.” Holding his hands up in surrender, he kept his distance but didn’t move away. “What will it take for you to let me touch you again?” His voice dropped to sand and sleet. “Because I really want to touch you again, Elle.”

I shivered, doing my best to keep my thoughts focused and not on the molten heat inside. Having him so close didn’t help. He’d been gorgeous in the club—dappled in strobes and painted in shadows—but out here; out here where the vague lights of apartments and street lamps didn’t dare enter the sanctity of the alleyway, he was cloaked in darkness.

His shoulders strained against the stitches of his suit. His forearms ropy and tanned with his cuffs pushed up. His entire body flexed as he waved a hand with feline grace, hiding the throbbing tension between us, pretending he hadn’t just fired my libido to the point of excruciation.

“I’m not answering anymore of your questions,” I hissed. “Who the hell are you? What do you want from me?”

Sighing heavily, his lips pouted, blood smeared a little to make him seem part vampire. “You already know what I want.”

“I’m someone you can be free with.”

“I don’t know what that means.”

“It means you don’t need to be afraid of me.”

I clasped my hands together, seeking comfort from myself. Fighting with a strange man—even one who’d touched and kissed me—in an empty alleyway wasn’t exactly encouraged. “I’m not afraid of you.”

He cocked his head, his throat muscles tight and tense. “Are you sure about that?”

“I’m not sure about anything anymore.”

He ran a hand through his hair, disrupting the strands into a mess. “Isn’t that the point?”

“Stop answering everything with a question.”

“Fine.” He stood tall, his legs spread with dominion. “You said yes to me. I won’t let you take that back. But I will try to ease your mind.” His face tightened as if this game had higher stakes for him than he let on. “I’ll only say this once so listen carefully. I will lie to others about us. I will paint a picture that isn’t true for people who wish to know what we do. I will curse and hurt and do whatever I damn well want, but you have my word on one thing.”

My voice carried on a hesitant whisper. “What word?”

“That I won’t lie to you. What you see from me will be the honest fucking truth. I’ll only hurt you if you want me to hurt you and I’ll protect you even while I do it. Give me yourself, let me take control, and I promise you, you’ll enjoy it.” 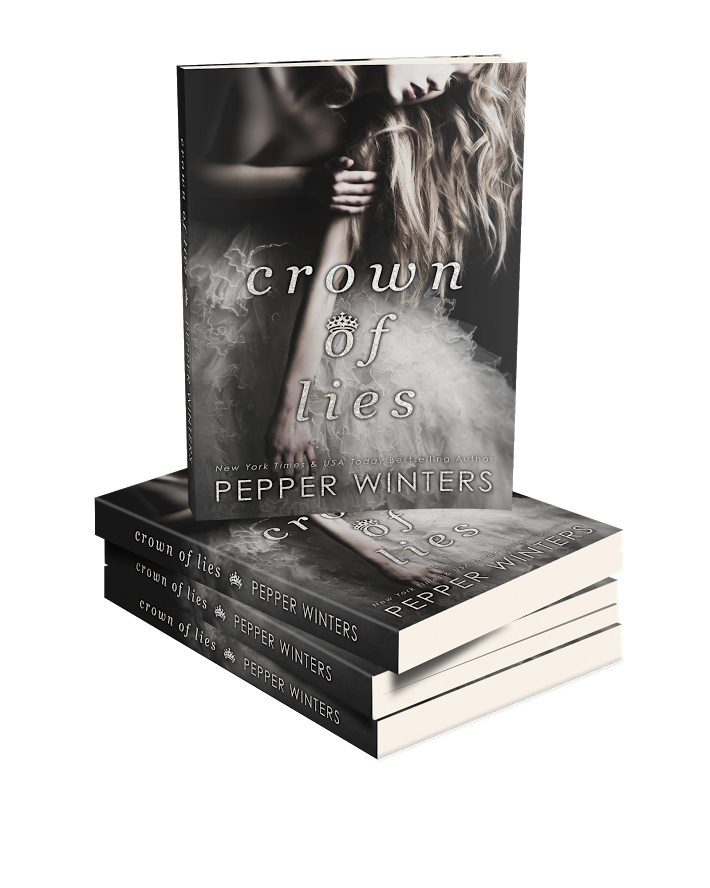 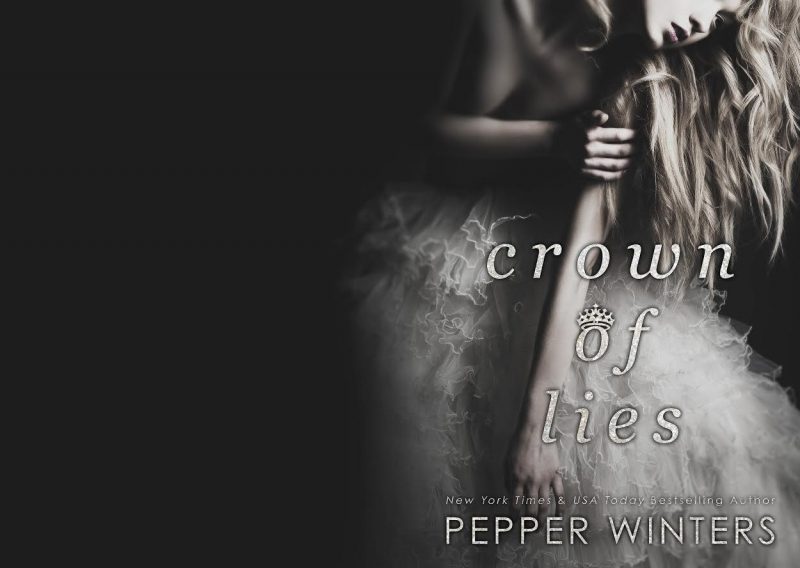