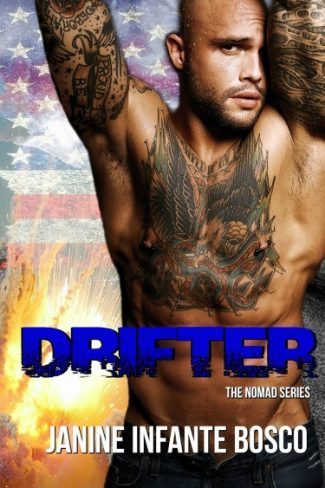 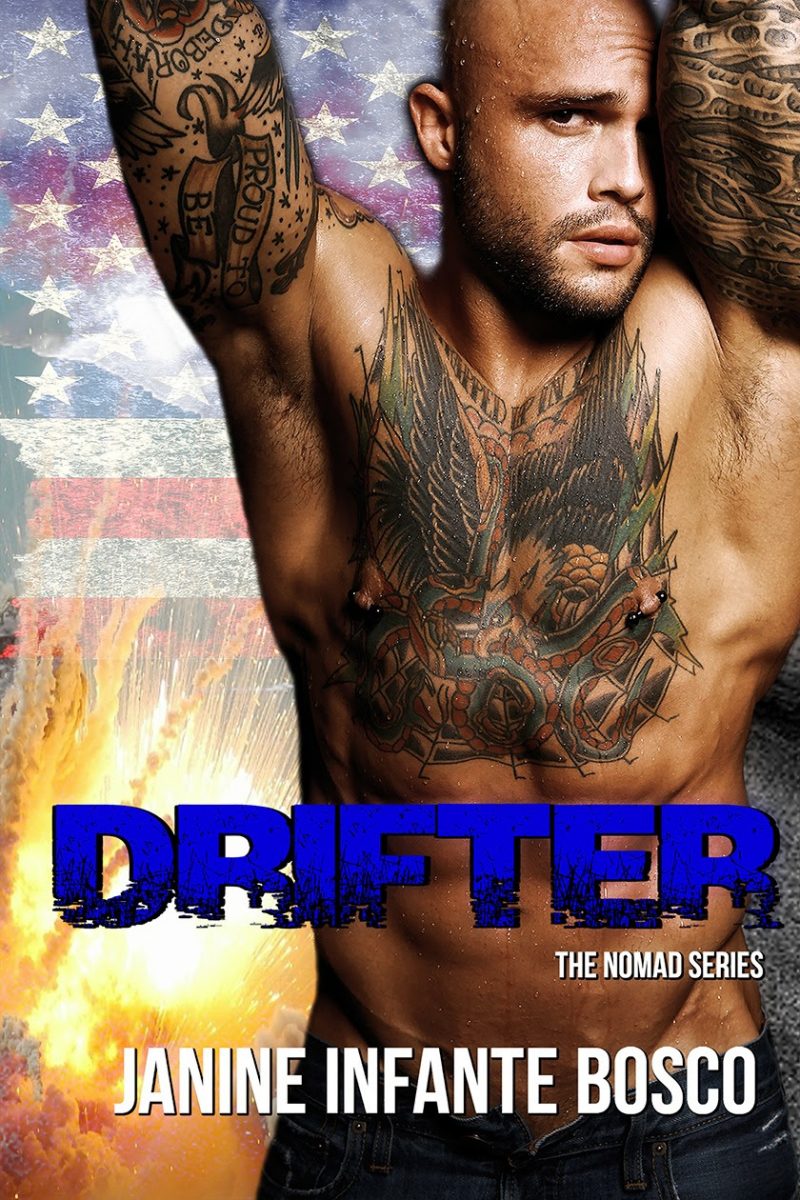 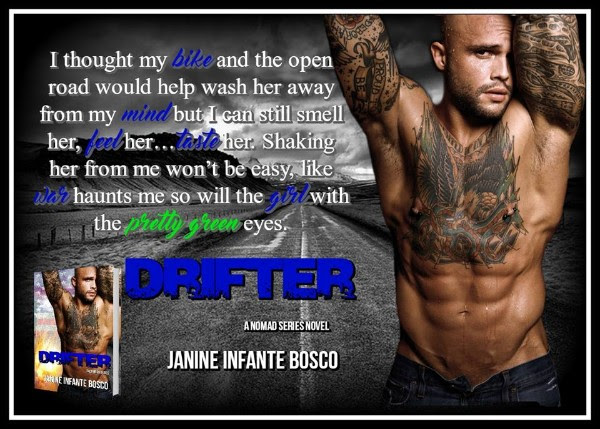 It engulfs me, provides me with a false sense of security the moment I close my eyes and drags my subconscious into the depths of sleep. But, it’s quickly ripped from me by the sound of plagued screams. A woman shouts with a foreign tongue and though I don’t understand the Afghani language I know beyond a shadow of a doubt she’s yelling for her innocent child to run, to seek shelter and for the man with the laser pointed at the child’s head not to shoot.

I am the man with the sniper rifle.

I am the man perched on a roof, with my finger firmly wrapped around the trigger.

And that bitch just sent her fucking child to play in the sand with a bomb strapped to his back.

For a moment, I want to believe she’s not playing me—that her kid isn’t a ploy in some sick terrorist plot. I ignore the sounds of my men commanding me to take my shot, insisting that time is of the essence and if I don’t do it, I’m betraying my country. I loosen my finger around the trigger and open both my eyes and watch the boy lift a handful of sand through the scope attached to my rifle. He opens his palm and spreads his fingers wide letting the grains of sand fall through them before he looks back at his mother.

She shouts more of that foreign bullshit and I wish I could get my hands on her and slice her tongue from her mouth.

It’s the final thought that crosses my mind before I pull the trigger and watch the boy fall back into the sand as my bullet pierces him between his eyes–innocent eyes that were once wide with wonder now are dull and lifeless.

Sweat beads along my brow and I can feel the bile rise up my throat as I wait. Everything around me fades as I stare at the boy in the sand. I lose myself and question my purpose, my mission, my platoon—everything. The bomb doesn’t go off and I swallow the lump lodged in my throat. I frantically peer into the scope, moving it to the right in search for the mother. I picture the Virgin Mary cradling her lifeless son that was pulled from the cross and wait for the woman dressed in black garb to do the same but she’s nowhere in sight.

Before I can divert my eyes back to the boy the blast erupts robbing me the opportunity to look into his eyes one final time because his head has been blown off his body and the fragments of him are now one with the sand he was playing with.

And this is hell.

All that’s left is the sound of my own screams vibrating through my body, deafening as it pounds my eardrums and invades my head.

It’s those very screams that pull me from my sleep night after night and why I’ve given up on getting a full night’s rest, using my bed only to fuck and even that didn’t happen too often.

I used to pound my dick into any willing pussy, never bringing them into my bed, believing I didn’t need that false sense of hope that I’m normal when I’ve got a woman wrapped around me, begging to spend the night in my arms after I’ve thoroughly fucked her—only for her to realize I’m fucked in the head when I wake her up screaming like a little bitch.

Yeah, I didn’t need that shit.

But I’ve learned my lesson and I’ve learned it the hard way. It’s the reason I’m sitting in a chair in the corner of a fucking filthy motel—waiting for the sun to rise as I stare at the battered and bruised woman in my bed, when all I want to do is climb in next to her and pull her into my arms—take away her pain and forget mine. I clench my fists and keep them pinned against the arms of the chair as I take in the dried up blood on her naturally pouty lips—lips that skimmed every inch of my body and I crave every night since.

I tear my eyes from her mouth and zero in on her closed eyes—eyes I know are pale green. Eyes once vibrant with life and mischief are now going to be full of torment and fear—when the swelling goes down and she can fucking open them again.

Her long brown hair is splayed across my pillow, matted with blood and knots from being fisted and pulled, leaving her scalp sore and just as bruised as the rest of her. I let my eyes travel the length of her, knowing the body she’s hiding behind her clothes matches her face in color and shame.

A knock sounds on my door and I tear my eyes away from the restless beauty, squirming between my sheets—wishing its pleasure that has her twisting and not torment.

Torment can’t be erased, it can’t be silenced—that shit sticks with you.

It lives inside you and destroys you, fractures your soul and rips your life to shreds.

I may have rescued her tonight but the woman in my bed is as good as dead. Her soul has been taken, chewed up and spit out by the men who attacked her—when she wakes up all she’ll know is grief.

She’ll mourn the life she had and wish the one she’s left with ends. 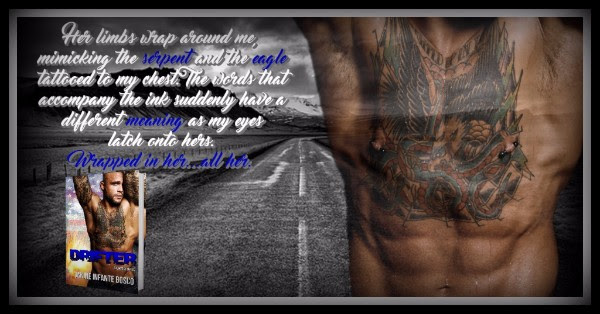 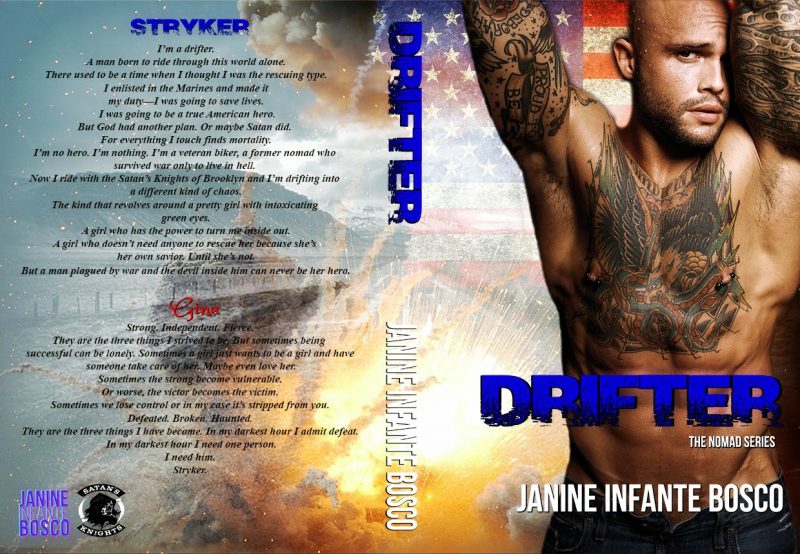