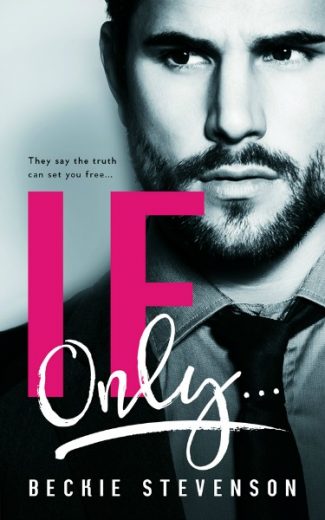 I was fifteen when I realised I was in love with Cole. He was the foster kid who wore scruffy clothes and never had any money. He was the bad boy, the fighter. The boy who took all the dares—and won. He was the boy that scared me but excited me at the same time. He was the boy I shouldn’t have wanted, but, of course, he was the one I wanted the most.

In the beginning, he was mine. And I was his.
Cole and Evie. Evie and Cole.

But then a lie was told. Lies break people. And broken people shatter into little pieces of tortured pasts and fractured futures.

And then our fairytale beginning morphed into a story of heartache and sadness, instead of happiness and hope. A story that ended with lost love, friendship, and a never-ending cycle of what ifs and if onlys.

Our ending broke me. Shattered me. Destroyed me.
When a story ends like ours did, is it any wonder I never wanted to start a new one again? 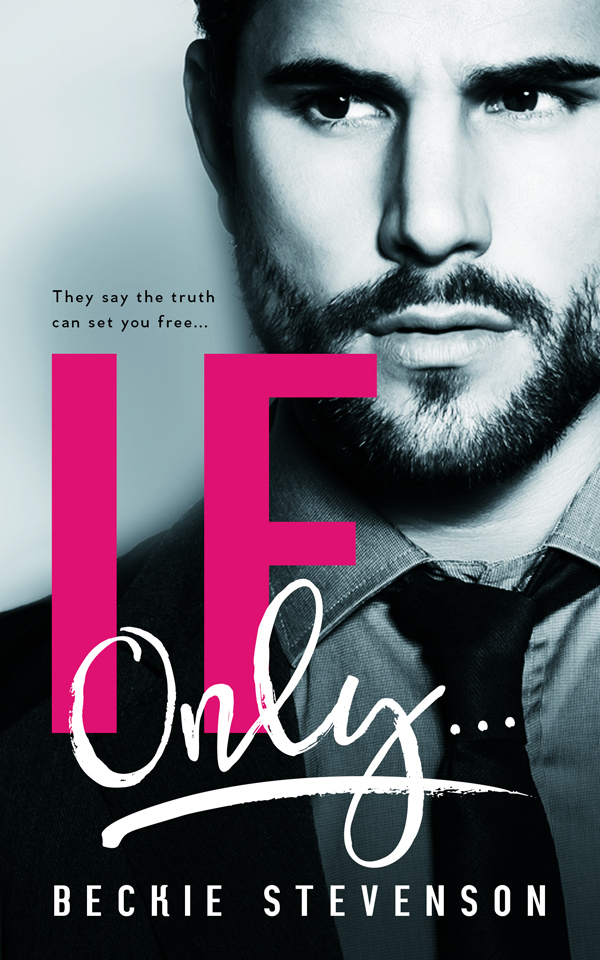 After lunch, I try and get on with my work as best as I can. I’m aware of him moving around the office, chatting with other people, doing whatever it is he does, but I ignore him…or try to, anyway. I don’t want to give him the satisfaction of knowing he’s bothering me.

I type out a few emails and begin to plan the monthly appraisal I’ve got next week when I hear him talking to Gerard just around the corner from me. I stop, trying to listen to what’s being said, but I can’t quite make out what they’re talking about. I give up and resume my writing.

“Hello, Evie,” he says, standing in front of my desk a few minutes later.

“Will you show me around, please?”

“Show yourself around,” I fire back.

“Evie,” he says again, but this time it’s louder. I look up to find a few of the guys staring at us. “Show me around. Please.”

I suck in a deep breath and then huff it out. I don’t care if he thinks I’m rude so long as he doesn’t start telling tales on me to Gerard. I slam my pencil down onto my desk and stand up. “Follow me.”

I walk into the middle of the trading floor and point towards the different desks. “Platforms,” I say. “Heads of regions,” I tell him, pointing to another desk, “and then the rest are traders. They’re split into regions, so those guys over there,” I say, indicating Lorna’s group, “trade for the European corporate clients. We split it via region, usually with the exception of a few big clients who are managed by a trader with their own portfolio.”

He nods and looks to be listening intently to me. “The toilets are along this corridor, near the lift that you came up in,” I say, walking out of the trading room and into the corridor. “All the conference rooms are located on this floor too, with the exception of the one we were in this morning.”

I pull a face when I turn around so he can’t see. This is a joke. Someone, somewhere is winding me up.

“Where do people get coffee and food from around here?”

“They go to the canteen on the ground floor or there’s a little coffee corner on the second floor,” I tell him. “Or they just go out and get something from somewhere else.”

“Show me the canteen,” he demands.

“Why are you being such a prick?” I ask, walking towards the lift.

“Because you’re being uncooperative and annoying,” he says quickly.

“You shouldn’t be here.” I press the button for the lift and lean against the wall opposite from where he’s standing, keeping him in my line of sight.

“Where should I be?” he asks, turning to look at me over his shoulder.

I let my eyes snap onto his and say, “Away.”

We travel down in the lift in complete silence while standing as far from one another as possible. It pings when we reach the ground floor, and I step out and stride away with him trailing behind me.

“Here it is,” I say, gesturing to the canteen.

“No, thanks.” I turn to leave and start walking away.

I turn around and fold my arms across my chest. “Why do I?”

“Because you haven’t given me a pass, so I can’t get through the ridiculous amount of alarmed doors you have in here.”

He grins as if this amuses him somehow.

“Something funny, Cole?” I ask.

“Yeah, actually there is,” he says as he queues up for coffee. “You.”

After the longest five minutes in history, Cole walks towards me with two coffees in his hand. “Here,” he says, pushing one towards me. “I’ve laced it with arsenic, just for you.”

I snatch it from him. “Why would you need to poison me? I’m the one that hates you!”

“Because you’re being unreasonable,” he says.

“Unreasonable? You killed my brother!” I shriek.

“Shh!” he hisses. He tugs on my arm and marches me through a door and into the stairwell. “Don’t ever say that again,” he snarls through gritted teeth.

I pull my arm out of his grip and glare at him. “Why not? It’s the truth.”

“Because I’ve done my time,” he says with a sigh. “Now I’m just trying to have a future.”

“Well, you don’t deserve to have any future when you took my brother’s away from him.”

“Evie,” he says, pinching the top of his nose. “Don’t ruin this for me, please. I’m begging you. I’m just trying to carry on. I need to try and build something for myself.”

I’m so angry I could punch him, so I look away and stare at the metal railing that wraps all the way up the stairs instead. I know he’s served his time, but it’s not enough. Not by a long shot.

“Nico wouldn’t want this,” he says quietly. “That much I know.”

Without realising what I’m doing, I slap him. It’s quick and sharp, and the noise echoes around the empty stairwell as if it’s taunting us. “Don’t you dare mention his name to me ever again. Stay away from me, Cole.” 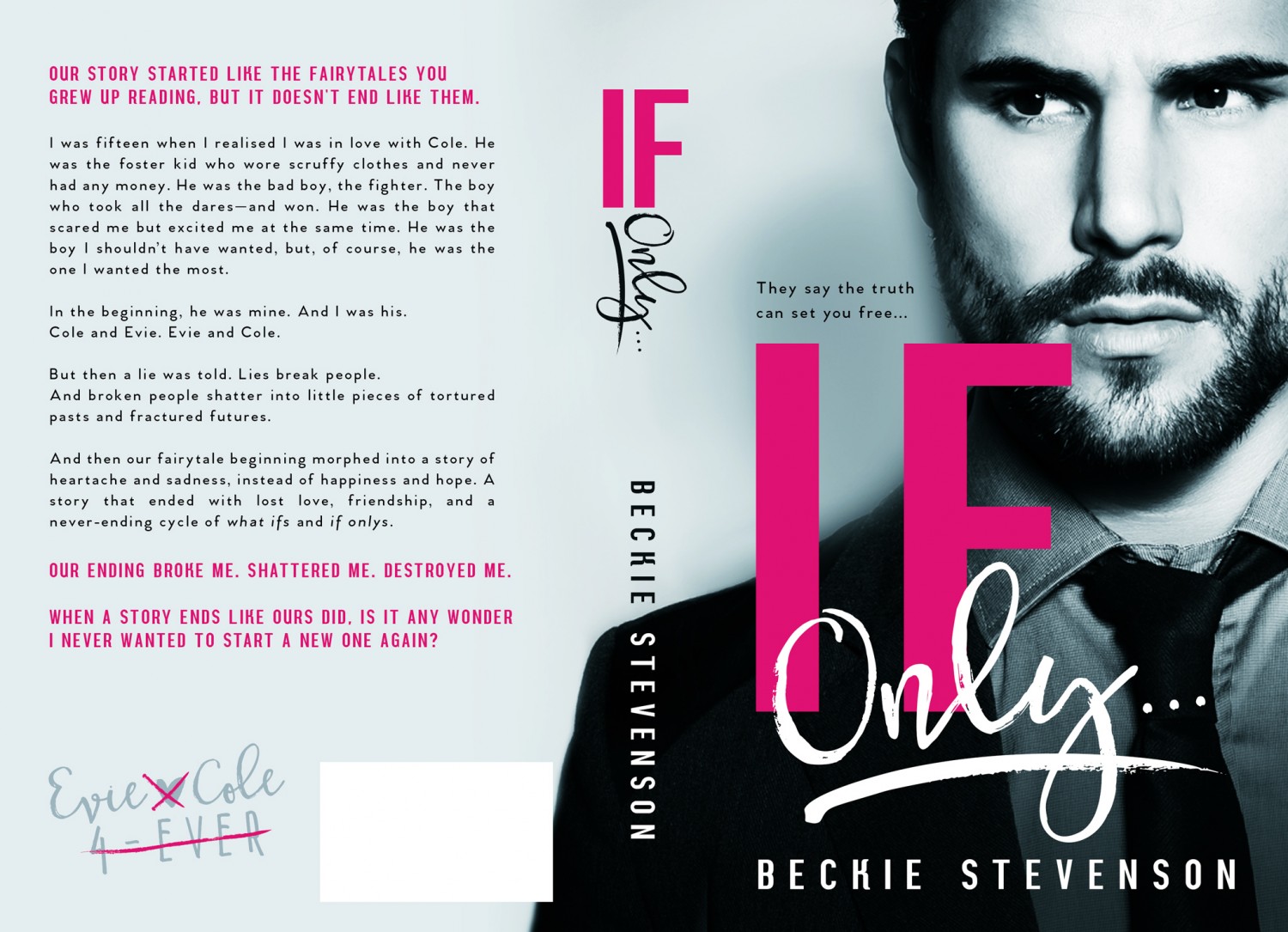