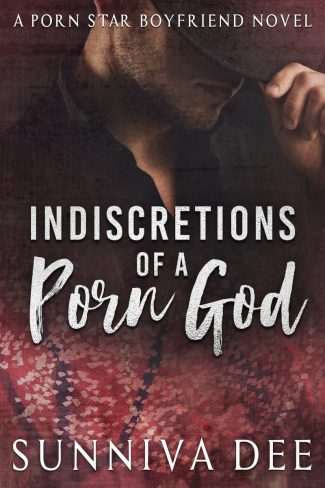 I’m not a saint. That’s not why I left the mafia.
I left because I’m god, because I need no one, and fail at nothing.

I’m Isaias Di Nascimbeni, owner of Lucid, the biggest adult entertainment studio in L.A. Son of Il Lince and second generation Italian in the U.S, I’m dirty rich and adored by highlife as well as lowlife.

Whatever I focus on turns to gold.
On the Richter’s scale of eye candy, I’m a twenty.
I’m a hunter who tests limits.
A warrior who goes shady when the law becomes dreary.

While conducting business at the St. Tatiana,
the most stunning woman I’ve ever seen enters my radar.
Isn’t it interesting that her name is Tatiana?
Isn’t it bizarre that she’s a nun?
Isn’t it wild that she’s unimpressed by me?

Isn't it fucking insane that I can’t get her out of my head?

She doesn’t acknowledge me when I return to her church.
It’s unprecedented. Unheard of. Not happening.
But the hunt is my fetish.

Novice or not, she’s only postponing the inevitable.
Beautiful Tatiana asked for this.
By the time I'm done, she’ll worship me, because now
it's game on. 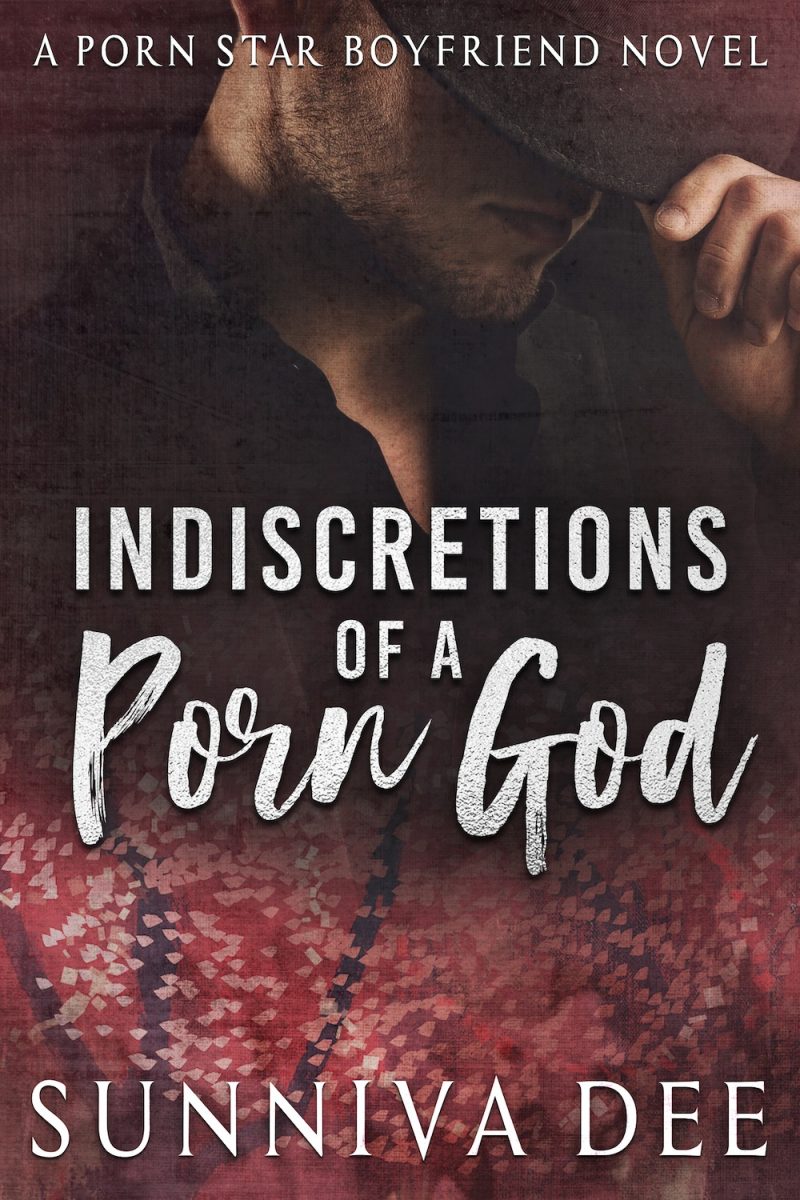 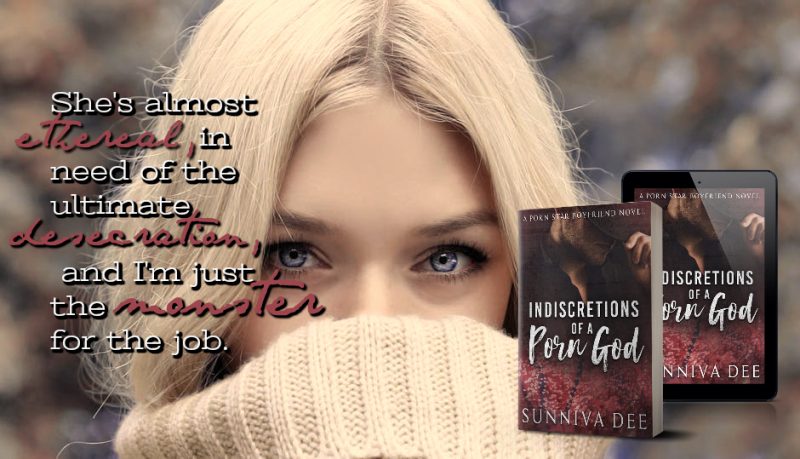 The condo is a three-story narrow affair with small rooms on all floors. On the top floor, I look into each bedroom and find the last room—the master bed—closed. I don’t knock before entering.

She’s splayed out on the bed, and the view is even sexier than I could have imagined. Despite her nun hang-up, despite the flawless business suit she wore all day, Tatiana isn’t an orderly girl; it seems she stepped right out of every item she was wearing, leaving them in a crumpled heap by the window. I picture her now, doing that with the drapes wide open like this. I stride over and close them.

At the center of the room, a modern simplistic canopy bed holds court. It’s fit for royalty, with tall mattresses on top of each other and wide enough for a foursome to pass out comfortably after a good fucking. My ice queen is breathtaking on it.

Thick duvets and a dozen pillows matched in my mother’s favorite colors, mustard yellow and rusty brown. Long sheets of silky hair fan out around Tatiana’s porcelain features. It’s like she was airborne before she flopped to her back. She appears even more ethereal than usual, so perfectly in need of the ultimate desecration. I’m just the monster for the job.

I shake my head slowly to myself; she’s damn near unreal. The smooth curves of an arm are naked, daintily spread out to a side, and she’s fully asleep, lashes fluttering inside her dream world. Hell, if she’s wearing anything at all, it’s hidden by sheets.

The beautiful Tatiana of the Valley must have misunderstood me. I bite my lip as I sit down on the edge of the bed, reaching a hand for her and stroking two rough fingers down her throat. She thought I was giving up the master bed to her. Of course I wasn’t.

The perfect arc of a thin, mahogany eyebrow lowers in sleepy confusion at my touch. Oh, she’s in for a surprise. I think I like this.

I lean toward the nightstand and switch the light on. Sluggishly, her eyes glide open. She can’t quite focus at first, but when she does, those crystal-grey stunners widen with surprise.

I grin. “If you’re to hang out with me, you need to sleep with an eye open. I run with wolves.”

“Bandits,” she counters. “You run with bandits.”

I shrug, pulling a thick strand of silk between my fingers and pulling downward. “Main thing, you can’t afford to sleep soundly, and with the door wide open at that.”

“It’d been a long twenty-four hours.”

“No matter. You forgot your drapes too. Good thing you have bodyguards.”

She huff-chuckles, squirming deliciously beneath her duvet. “Those two goons downstairs?”

“You are the wolf. I don’t see you as much defending me as eating me.”\

Oh hell yeah. “Now we’re talking. On that note…” I steady myself on my arms, biceps hardening as I lower toward her and find her throat. I give her two chaste pecks before I let my tongue out to taste her. She shivers.

“What are you doing?” That voice is soft and inviting, not at all hesitant. Interesting. Small hands slide cautiously around my back. I feel them flutter over my shoulder blades and down to my waist. Fuck yeah.

“Kissing you.” I run my nose up her throat, meeting her jaw. Then I turn her face enough to lick her lower lip. It’s freaking succulent is what it is, so I drag it in between my lips and suckle on it.

“Isaias…” For one indecisive moment, she pulls away. “You shouldn’t be here.”

I take her jaw between my thumb and index finger and make her mouth connect with mine again. Her reaction is a quiet whimper that shoots straight to my cock. Tatiana’s lips slide apart, giving access to my tongue. She tastes how she smells, like warm sugar, woman, and addiction in its purest form. Fuck, I’d do this forever.

Her chest is heaving under me by the time I draw away. I lower my forehead, touching hers with mine. I stare at her, breathing heavily as I work to control my impulses. I want to peel her free of everything in my way, rip her open, and stuff her with myself. I need it now, in this second, and I want to roar doing it.

“I beg to differ,” I manage to say instead, picking up the thread she’s already forgotten. “This is my room. But with you in it, it’s ours.”

I do it now, with less violence than my testosterone reserves dictate: I pluck the duvet off her, crumpling it at her side. She gasps but doesn’t object when I wiggle the sheet off her too, revealing so much smooth, silky, delicate flesh, I feel my throat roll in a swallow.

I sit frozen for a second, taking in the vision she is. All she’s wearing is a lingerie set that makes my mouth water. With her flawless, creamy skin, the light pink color of that transparent ensemble has me groaning. The entire bra is made of floral lace. The pattern heightens the allure of the puffy, rose-colored nipples I’m seeing for the first time.

“You’re exactly like I knew you would be,” I whisper, letting my first, full feel of her start at the top of her chest. I slide my hand downward, the sensation of her sigh shivering under me as I fill my palm with a breast.

My eyes stray down the soft outline of her ribs to the slight valley of her stomach. My ice queen’s navel becomes an upright oval as she arches her body for more of my touch.

“But this,” I murmur, sliding over the miniature ribbon decorating the top of her underwear. I run my pinkie down barely-there flowers covering the small dark triangle that tempts me below. “It’s my first time seeing nun panties, and I could never have imagined the perfection they could be.” 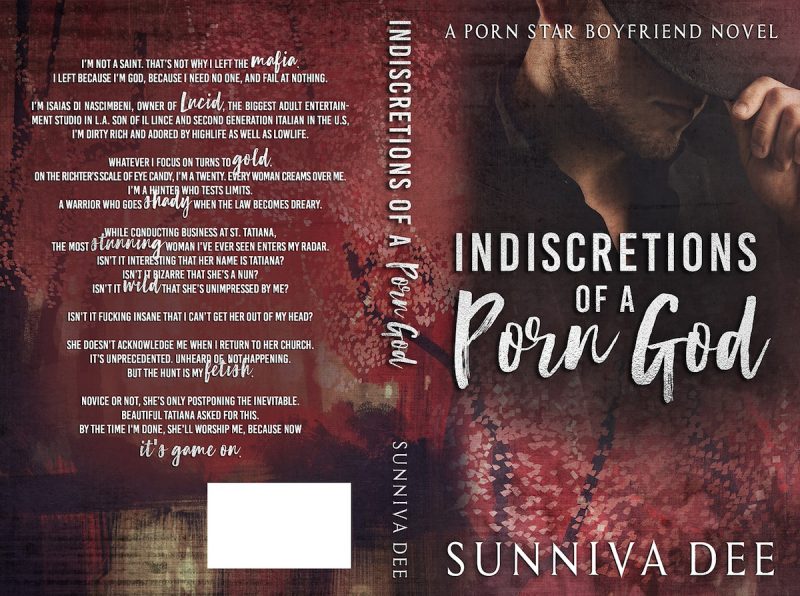 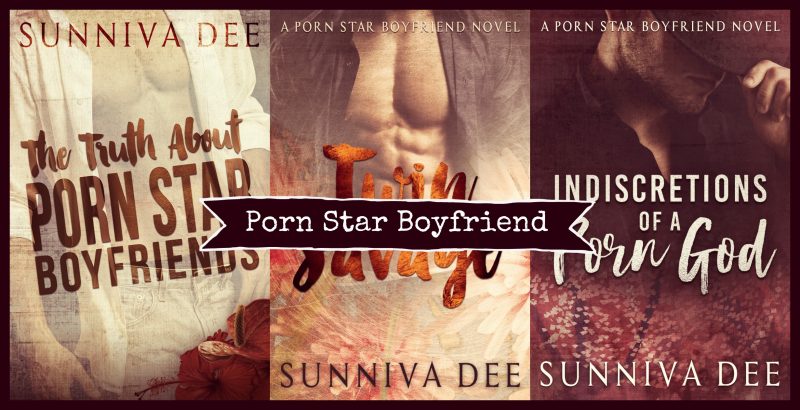 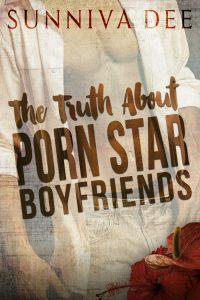 I guess I just forgot.
To ask him what he did for a living, I mean.
By the time I did, I was in—balls deep, as he’d say.
He was the perfect boyfriend.
Attentive, gorgeous, guessing my every wish and fulfilling them.
The sex was earth-shattering.
He even dealt with my crazy mom the way no one else could.
He popped the question, God, such a perfect guy.
There was just one issue:
He fucked other girls on camera for a living.
How the hell do you deal with that? 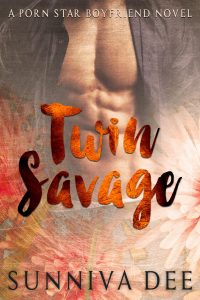 It wasn’t a problem to be the only girl in a house full of guys.
Until my fiancé died and his identical twin took over the roost.

Sweet, easygoing Julian passed, while loathsome, bossy Luka, who pays his way through med school by getting his dick wet on film, is still alive.

What kind of twisted reality is this?

Now, Luka’s on a mission to fix both of our grief.
Like I’d ever accept anything from him.
He doesn’t understand that gorgeous and sexy mean nothing if you’re a promiscuous jerk.

If only the nights didn’t destroy me.
They’re painful and long and empty,
until, on a Monday night, my insomnia attracts Diego.
That Tuesday, it attracts Lenny.
Next, it’s Marlon, James, Nathaniel,
and on Saturday, it’s Connor.

By Sunday night, I get the picture.
This is Luka doing what Luka does: solve problems with sex.
His remote-controlled comfort leaves me in our roommates’ arms six of seven nights.
On Sunday, there’s only one man left in the house.