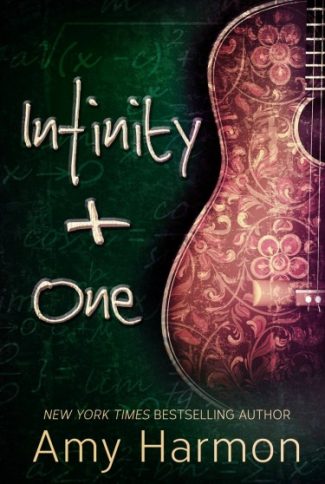 When two unlikely allies become two unwitting outlaws, will two unforgettable lovers defy unbeatable odds?Bonnie Rae Shelby is a superstar. She’s rich. She’s beautiful. She’s impossibly famous. And Bonnie Rae Shelby wants to die. Finn Clyde is a nobody. He’s broken. He’s brilliant. He’s impossibly cynical. And all he wants is a chance at life.One girl. One boy. An act of compassion. A bizarre set of circumstances. And a choice – turn your head and walk away, or reach out your hand and risk it all? With that choice, the clock starts ticking on a man with a past and a girl who can’t face the future, counting down the seconds in an adventure riddled with heartbreak and humor, misunderstanding and revelation. With the world against them, two very different people take a journey that will not only change their lives, but may cost them their lives as well.Infinity + One is a tale of shooting stars and fame and fortune, of gilded cages and iron bars, of finding a friend behind a stranger’s face, and discovering love in the oddest of places. 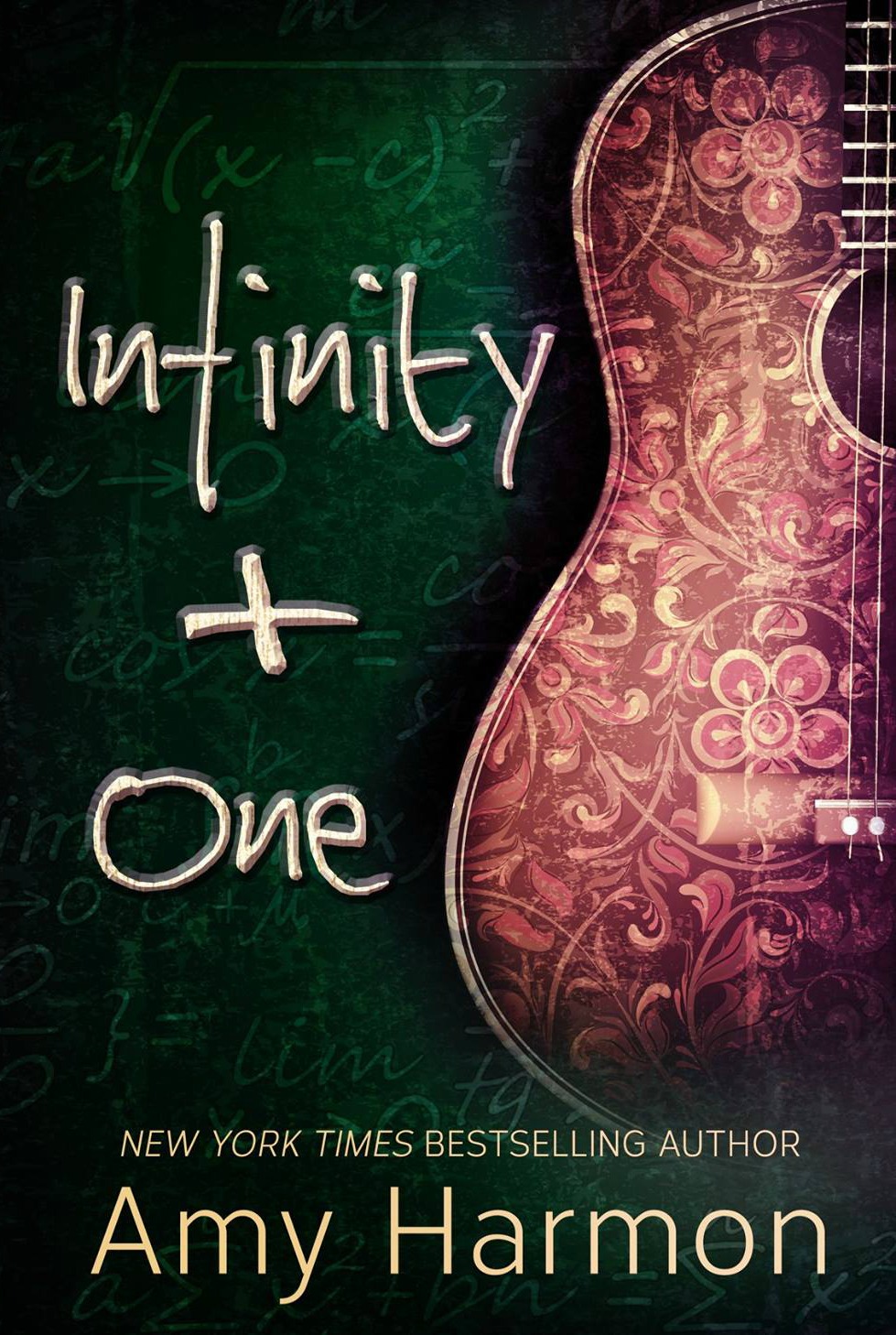 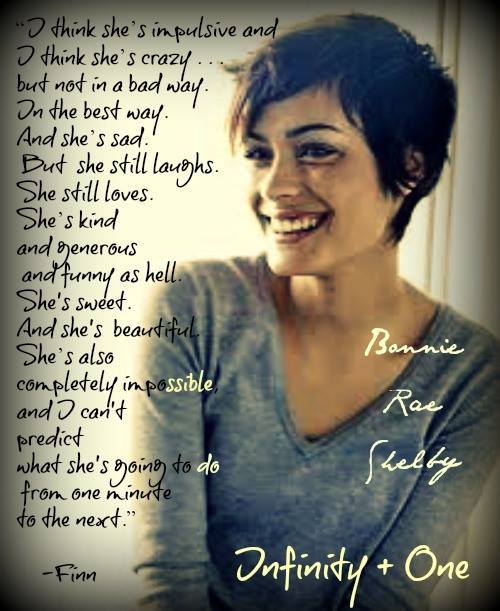 He bit back a curse and strode to his truck. Unlocking the door, he tossed his bags in the backseat, climbed in, and slammed the door. He turned the key and backed out resolutely, trying to ignore the fact that she had risen, her hands on her bags, and that her hood had slipped from her head. She didn’t move forward, didn’t call out to him to wait. She just stood there, watching him go. He shifted into drive and made it 100 feet before he let his eyes find her figure in the rear view mirror.

“Unbelievable,” Finn ground out, and slammed the wheel with the palm of his hand. He slowed to a stop. “UNBELIEVABLE!” he reprimanded himself even as he engaged the brake, pushed the door open and lurched out of the idling vehicle. Bonnie still stood with her two duffle bags in her hands, her grandma’s stolen purse on her shoulder, but now her lips were slightly parted, clearly stunned that he’d stopped.

And she wasn’t the only one. Finn felt like he was split right down the middle. The rational part of his brain, the side that ensured his survival and his sanity, was outraged, demanding that he keep driving, while the side of his brain that was connected to his heart and other parts of his body was breathing a sigh of relief that he hadn’t let her get away.

She didn’t move, as if she was sure that the moment she did he would change his mind, climb back in the Blazer, and drive away. So he walked back to her, battling with himself every step of the way. He walked until they were practically toe to toe, her dark eyes wide and lifted to his, his hands shoved into his pockets so he wouldn’t strangle her. But his pockets felt like manacles around his wrists and he yanked them free, fisting them in the front of Bonnie’s puffy pink coat and raising her up on her toes and into him until they weren’t toe to toe any longer but nose to nose. His emotions were a big tangled ball of anger, longing, and injustice all wrapped up in impatient outrage, and Finn couldn’t separate one feeling from another. So he did the only thing he could do. He kissed her.

It wasn’t a soft kiss or a sweet kiss. It was a ‘you-scared-me-and-messed-with-me-and-I’m-mad-and-relieved-and-unbelievably-frustrated’ kind of kiss. It was teeth and lips and nipping and bruising, and Finn couldn’t make himself stop, even when Bonnie’s teeth tugged at his lower lip and her hands pulled at his hair. Especially then. And when she wrapped her arms around his neck and stepped up onto his toes so that she could press herself flush against him, he decided revenge really was sweet, and enjoyed the feel of her face against his, the wet heat of her mouth making him forget he was standing in the middle of a Motel 6 parking lot with his ride rumbling behind him, the driver side door still hanging wide open. The rational part of his brain was stunned into peaceful silence…for all of ten seconds. 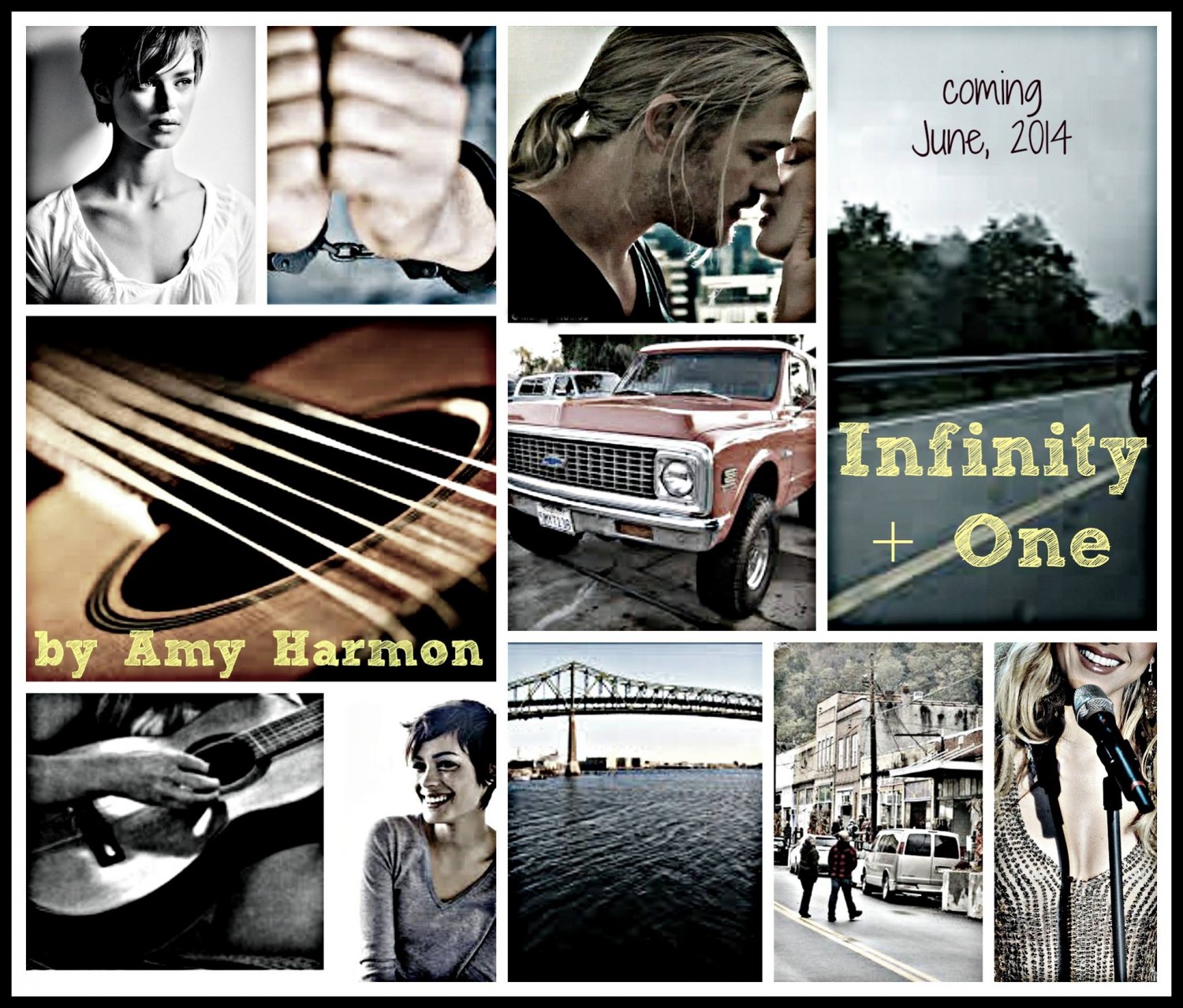