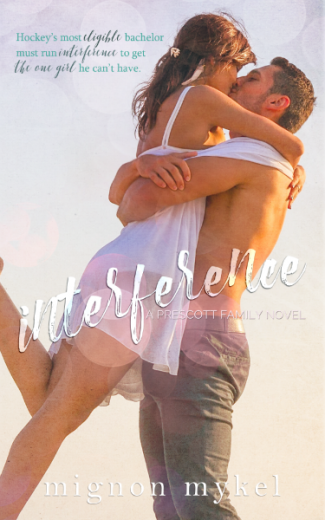 Hockey’s most eligible bachelor must run interference to get the one girl he can’t have.

Sydney:
I’d never even heard of Caleb Prescott, God’s gift to hockey. Who watches hockey anyways? Not me, I’m too busy with college and work. My part-time just for fun job has now asked me to recruit this player for a new dating show. Sounds easy enough. . .until he insists I become part of the show.

Caleb:
I only agreed to compete on the dating show to get closer to Sydney—the redhead pixie I’d do anything to see again. But unlike the women competing for my affection, or the puck bunnies desperate for my attention, Sydney isn’t impressed by my hockey skills. I never miss a shot, I don’t care if she calls interference, I’ll do anything to win her heart. 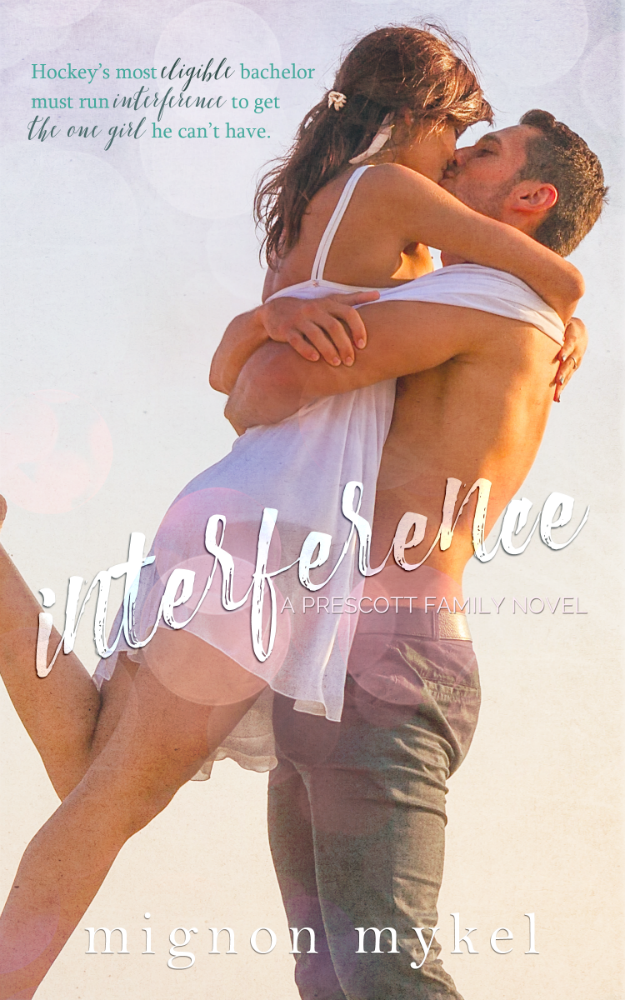 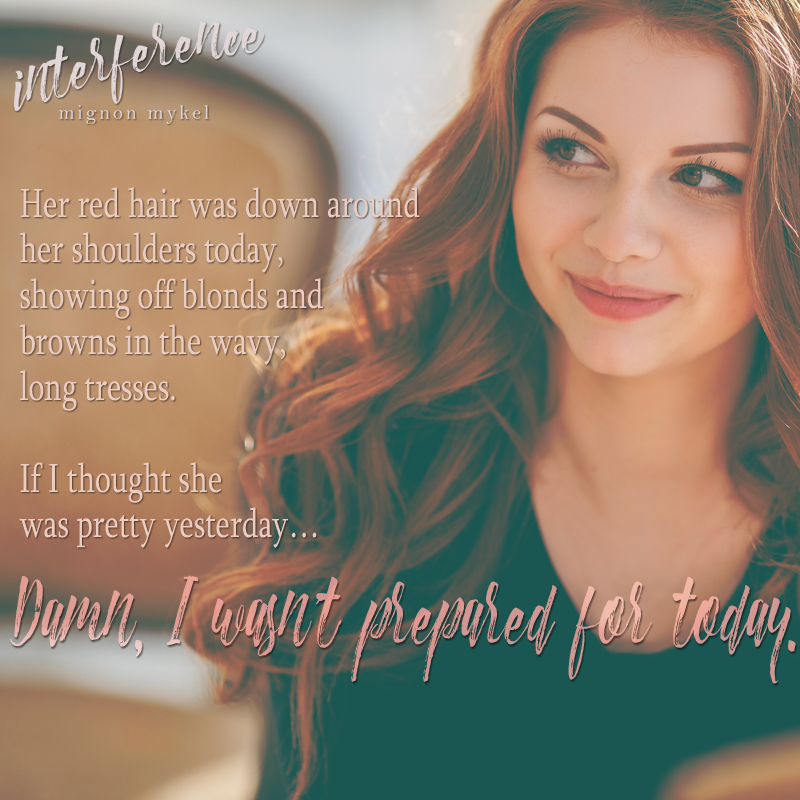 I shouldn’t have gone out last night with Jonny.

I pulled my pillow from under my head and, face planting into the mattress, and pushed the sides as close to my ears as possible. Anything to block out the annoying ring of my cell phone.

Last night the San Diego Enforcers, the team my brother and I played for, won. As was tradition, Jon Jon and I went out on the town. Sometimes the other guys on the team would come along but for the most part, it was just me and the brother. Back in midgets, mom would take us to McDonald’s; in college, the one year he and I were there at the same time, we would party in my dorm. Now, we went out, partied long and hard, and of course, shut it down. Most of the bartenders looked the other way with Jonny’s age; we knew which places to go to and which bartenders worked what nights. We could always find a good time.

Both Jonny and I had been drafted to San Diego.

During my senior year of college, Jonny’s freshman year, we both walked into training camp as college kids with great stats, and walked out with spots on the roster. Sure, the Prescott name means something to the organization, but Jonny was a damn good goaltender, and my stats were better than dad’s in the respect he didn’t touch majors until he was in his mid-twenties, having played in the American league for a few years beforehand.

Last night’s win meant the Enforcers were that much closer to Sir Stanley and his Cup. Finals were well within our reach. All we had to do was win Tuesday night’s game and we’d make it into the next round. It was a close series, but the odds were in our favor. With Jonny in net, Vegas had to pull all the punches to get the puck past him.

I sighed blissfully when my phone finally stopped ringing, but just as I was about to drop off that sharp edge of sleep, Jonny slammed my bedroom door open. I lifted the pillow enough to look back over my shoulder at the intrusion, watching as my boxer-clad brother tossed the land line phone onto my bed, bouncing off my hamstring – a little too close for comfort. “Fucking asshole.”

Jonny merely raised a dark blond brow. Oh, the perks of sharing a condo with your younger brother.

I guess it could be worse. My sisters weren’t exactly the easiest to live with.

“Next time wake up and answer your damn phone,” Jonny grumbled. “There’s a lady on the other end, and I don’t think she much appreciated my sarcasm.”

I reached back for the phone with one hand as I tossed the pillow aside with the other, before shooting Jonny the bird. As I put the phone to my ear, I watched my twenty year old brother shuffle back toward his own room. “Caleb,” I said on the exhale of a tired sigh.

“Um, hi,” came the voice on the other end. Female, like Jonny said. Not high pitch, but not as sexy, throaty as some female voices were. Nervous, maybe. I didn’t think I knew her voice, and the landline number was pretty locked down, so she couldn’t be some weird stalker chick. I squeezed my eyes shut briefly. Way too much thinking for this hour.

“I’m so sorry that this seems to be an inopportune time. I figured you’d be up and moving as it’s ten.” Was it ten already? “I thought that was the time you started practice on game days. I’m on a tight deadline and was really hoping to just leave a message.” Ah, she didn’t expect to actually talk to me.

“I’m sorry,” she apologized again. “My name is Sydney Meadows and I’m calling on behalf of Sorenson Media Group. I tried to reach you through your agent, but he directed me straight to you.”

I made a mental note to talk to Mark the first chance I got. He really needed to stop directing people to me. Wasn’t that his job? To figure out what appearances and gigs were best for his athletes when they weren’t doing what they were being paid to do?

“We are putting together a reality television series, and you are one of the names we were interested in having involved with the show,” she stated in a rehearsed manner.

As I didn’t think sleep was going be coming back to me anytime soon, I rolled over to my back before throwing my legs over the side of the bed. As I stood, I shook my head. “Yeah, sorry. No reality TV.”

“That’s all you’re going to be doing, Miss Meadows. Do you really want to waste your breath? I’m not doing television.”

“That’s fine,” she rushed to say. As she began talking about multiple women and just as many dates, I strode naked to my dresser to pull out a pair of old, worn sweatpants. I pulled them on while listening with one ear. She continued to talk so I continued to move, walking out of my room and down the hall that was home to both mine and Jonny’s rooms, a spare room, and a bathroom, before walking barefooted down the stairs. Whenever she’d pause for an answer, I was sure to give a barely verbal ‘mmhm’ just so she would continue her rant and be closer to done.

I had sisters. I knew how to work a phone call with the long-winded female species.

“So great,” she said finally with a smile evident in her voice, so unlike the unsure tone at the beginning of our conversation, one-sided as it mostly was. “I will meet you tonight after your game. Thank you so much, Caleb. I promise you, you won’t be disappointed.”

Standing in front of the fridge now, I frowned when I heard the telltale sign of her ending the call. I pulled the phone from my ear only to stare down at the ‘call ended’ screen, the frown not going anywhere.

What did I just agree to? 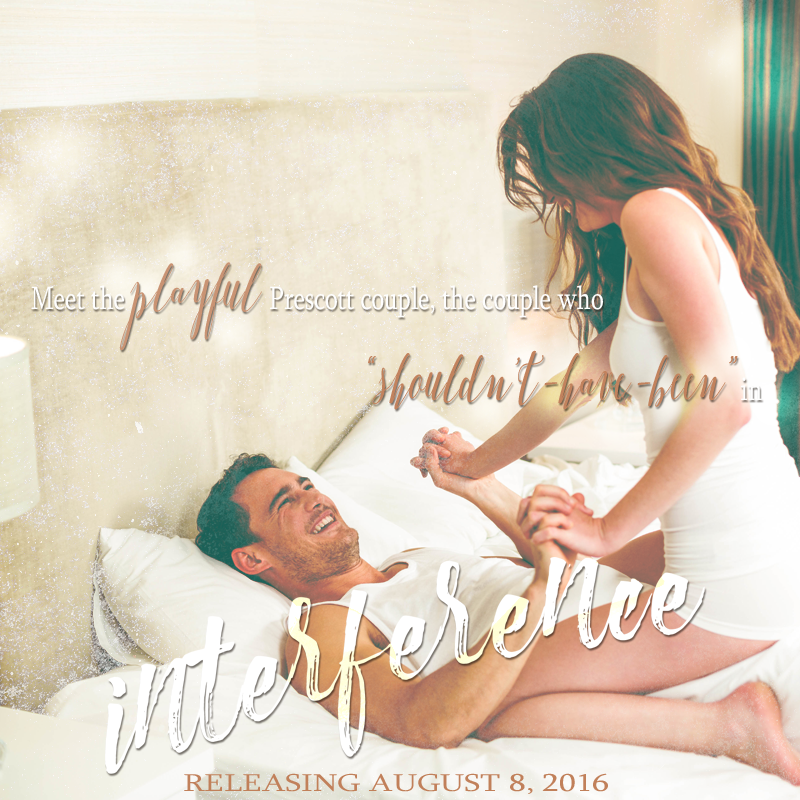 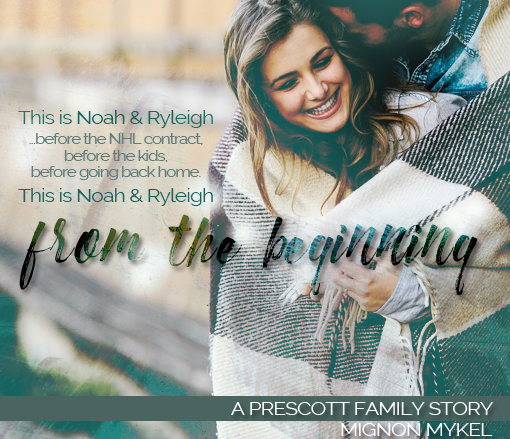 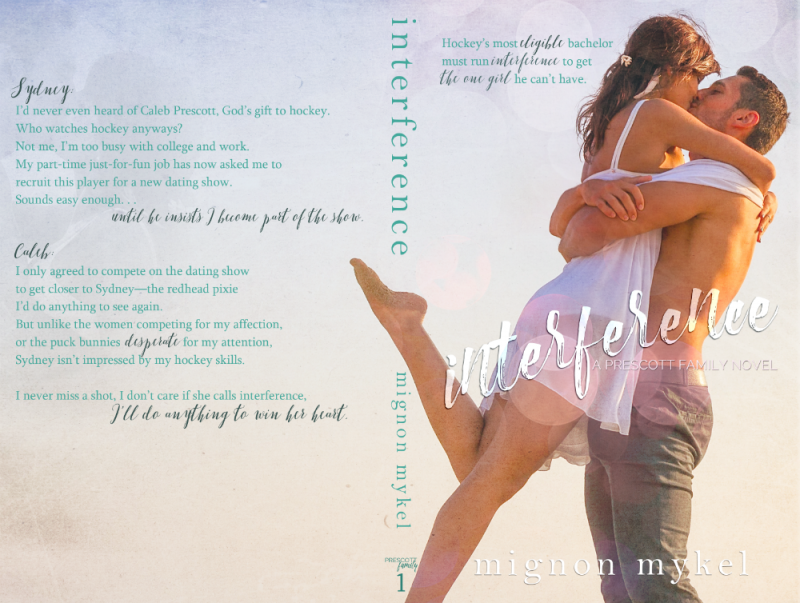 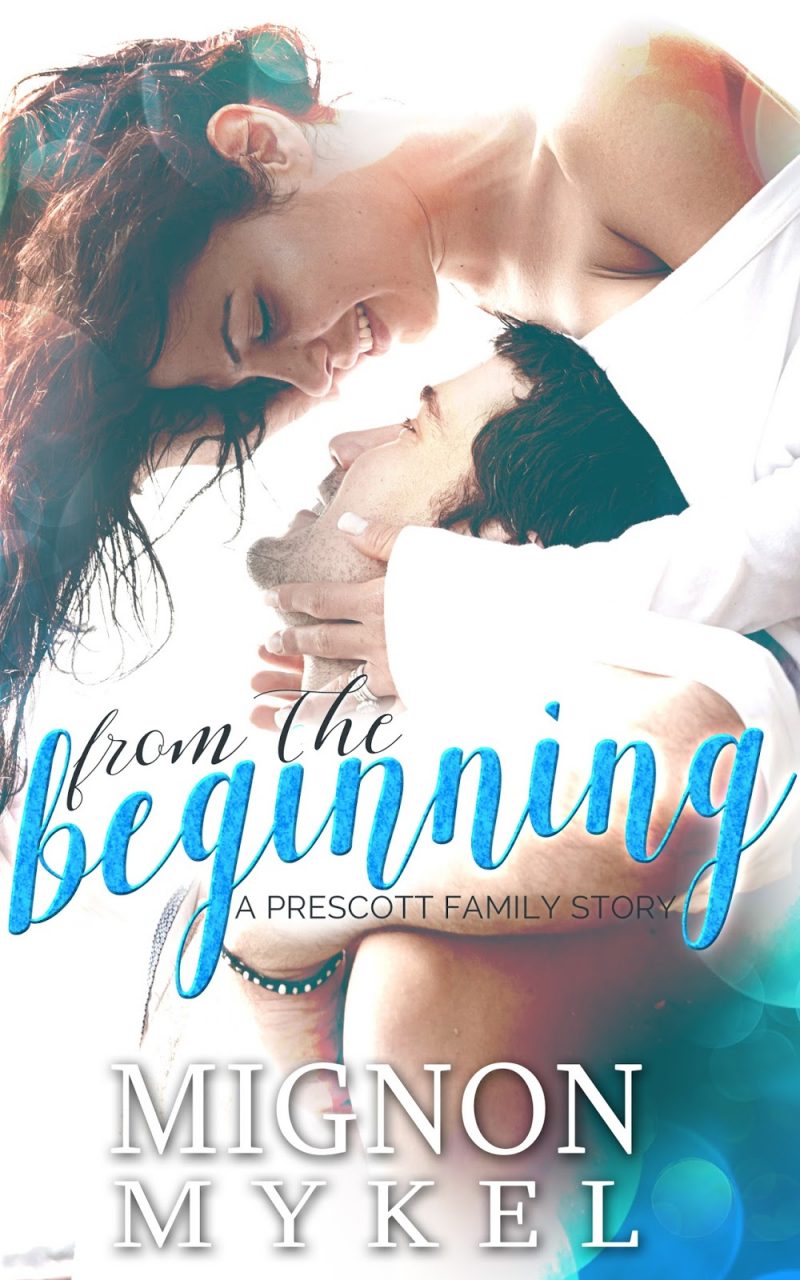 Before the Prescott name became big in the hockey world, there was just Noah Prescott, fighting for a spot on an NHL roster. Never did he imagine a simple note from a shy fan would speed up his world.

Ryleigh Scott had an issue talking to men, but she knew she couldn’t pass up the opportunity to talk to Noah — potentially negative labels, be damned. Never did she imagine a simple note would start what could only be described as the beginning of the rest of her life.

This is Noah and Ryleigh — before the NHL contract, before the kids, before going back home.

This is Noah and Ryleigh from the beginning.