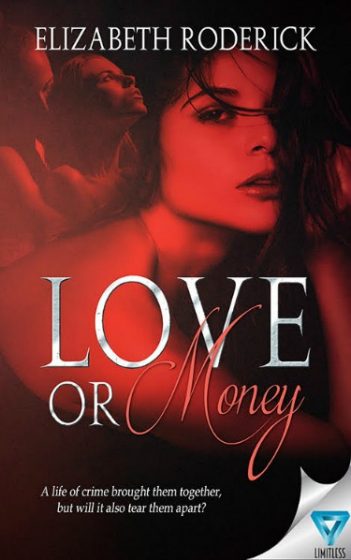 There’s a price to pay for living the fast life…

Gabriella Hernandez—known to her friends as Riel—almost wishes she could stay in prison. At least there she has steady meals, and a girlfriend who loves her. Even a cold cell is better than what’s waiting for her on the outside. The only people she looks forward to seeing in her normal life are her sister, Lizette, and her green-eyed best friend and former drug-running partner, Evan.

Drugs, danger, and a hot spark of romance…

Upon release, Riel has no choice but to go back to work for her brother-in-law, Isaias. This time, instead of running drugs, he forces her to work in his strip club where she gets a lousy ten percent of her tips. The daily dose of threats and coercion chains her to this place. And, if she makes a run for it, she’d be abandoning everyone she loves. With Isaias’ spies and henchmen everywhere, there’s nowhere to run.

A crooked cop, a setup, and hope for a real life…

Evan is able to smuggle her out of the city, but it isn’t long before Riel’s fears come true. After a bloody shootout with Isais’ men lands Evan at death’s door, it’s up to her to get them out of this deadly game, and into the quiet life they’ve always wanted. With the help of a crooked cop and the FBI, she concocts a plan. If it succeeds, Isaias goes to prison for life, and she and Evan get immunity from prosecution. If she fails, she may die—along with Evan, her sister, and countless others.

With eyes all over and the FBI involved, will Riel pull off the sting operation?

Or will they all go down in a blaze of drugs and gunfire? 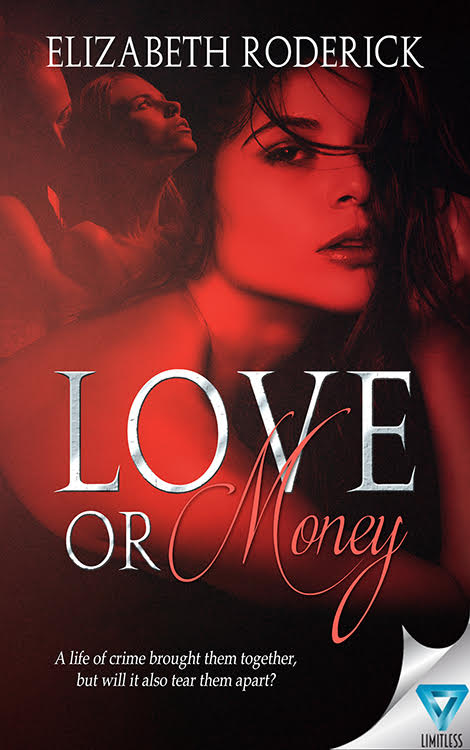 His gave her a searching look, then brushed his lips against hers. “I know it’s not easy for you, being back.”

She raised her eyebrows. “You do?”

“I know how hard it was for you, working for Isaias. You never wanted to, he made you. You never said anything, but I could see it.” His jaw tightened. “I’d beat the fuck out of that guy if he and Maria wouldn’t have me killed for it.”

“Definitely not worth it,” Riel said, getting a jolt of fear. But it also felt good for him to say that. Did he really want to stand up for her?

A slow grin spread across his face, and he ran his fingers lightly along the curve of her waist. “I do have a way for you to get away from him, though.”

They gazed at each other. Her heart sped up. “What do you mean?”

“I recently got an offer from a guy I know named Mishmash.”

Her speeding heart stumbled, and she chewed the inside of her cheek. She had been hoping his plan wouldn’t involve more drug running, but she should have known. “I know him. The guy down in San Diego.”

“The very same. He says we can go work for him. A little more risk, maybe, because we’d have to cross the border, but it pays a lot better, and Isaias would never find us if we were down there. We could get new identities and everything so you don’t have that rap following you, and to hell with that probation crap.”

She took a deep breath and let it out. It would be nice to be with Evan. It would be really nice. But the thought of running drugs again made her feel dead inside. “I don’t know, Evan.” She looked up at him. “Do you really want to do this stuff for the rest of your life?”

He stroked her hair, gently working the tangles out with his fingers. “No. Not really. But…we could save up our money and retire somewhere where they’d never find us.” He kissed her, his hands sliding up to play with her breasts. She kissed him back, twining her legs with his, feeling a spark of hope.

Did he really want to run off with her, get a house together? Or did he just need a partner in crime? 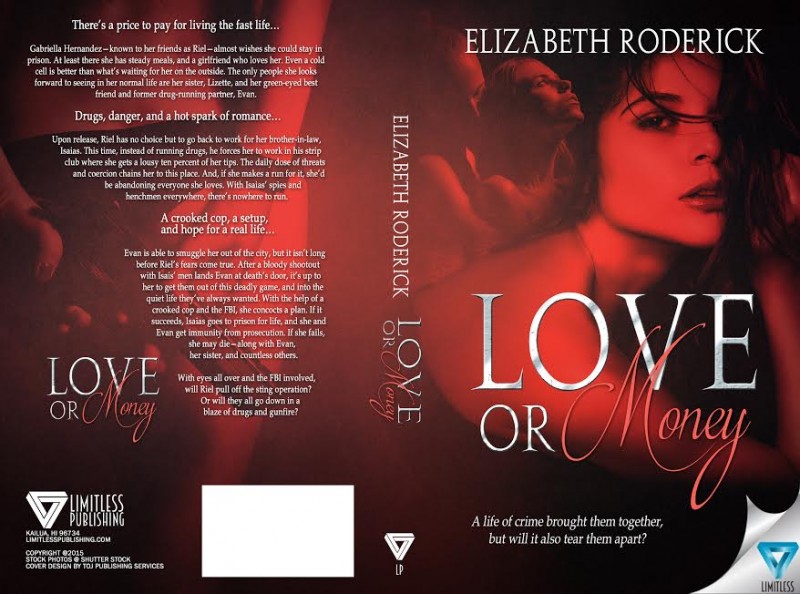 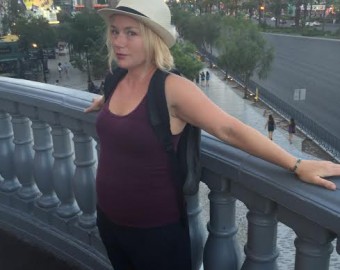 Elizabeth Roderick grew up as a barefoot ruffian on a fruit orchard near Yakima, in the eastern part of Washington State. After weathering the grunge revolution and devolution in Olympia, Washington, Portland, Oregon and Seattle, she recently moved to the (very, very) small town of Shandon, California: a small cluster of houses amidst the vineyards of the Central Coast.

She earned a bachelor’s degree in Spanish from The Evergreen State College in Olympia, Washington, and worked for many years as a paralegal and translator. She is a musician and songwriter, and has played in many bands. She’s rocked pretty much every instrument, including some she doesn’t even know the real names for, but mostly guitar, bass and keyboards. She has two albums of her own, which you can listen to at pimentointhehole.com. She writes fiction novels for young adults and adults, as well as short stories, and keeps an active blog at pimentointhehole.com/blog.