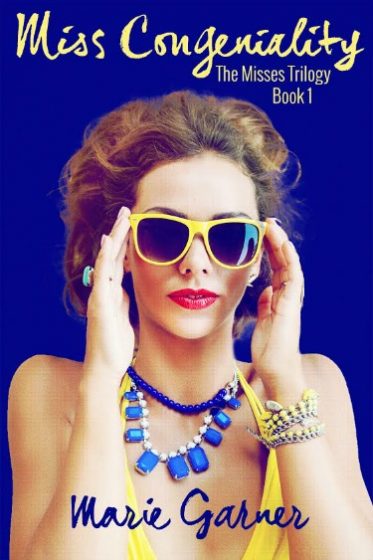 When America’s sweetheart…
Brea Richards is America’s sweetheart. Dubbed Miss Congeniality by the media, Brea has spent years honing her current reputation. And being one of the leading stars of a prime time television show…priceless. It’s a long way from her humble beginnings, but that’s her secret to keep. Or at least that’s what she believes until she gets the phone call.

Meets America’s bad boy…
Lance Holder is America’s bad boy, the guy they love to hate. He lives life the way he wants, and makes no apologies, regardless of what anyone thinks. All everyone sees is the tattooed, motorcycle riding, reckless movie star, preventing anyone from looking beneath the surface. And that’s just fine with Lance. Until his new gig puts him right in the path of Brea.

Will either one escape unscathed?
Lance is the newbie on Brea’s show, and everyone is watching to see if America’s bad boy will influence Miss Congeniality. They don’t know Brea’s worst influences happened long before Lance entered the picture. And Lance seems to be one of the only ones to see beyond her current façade. Maybe America’s bad boy is just what America’s sweetheart needs… 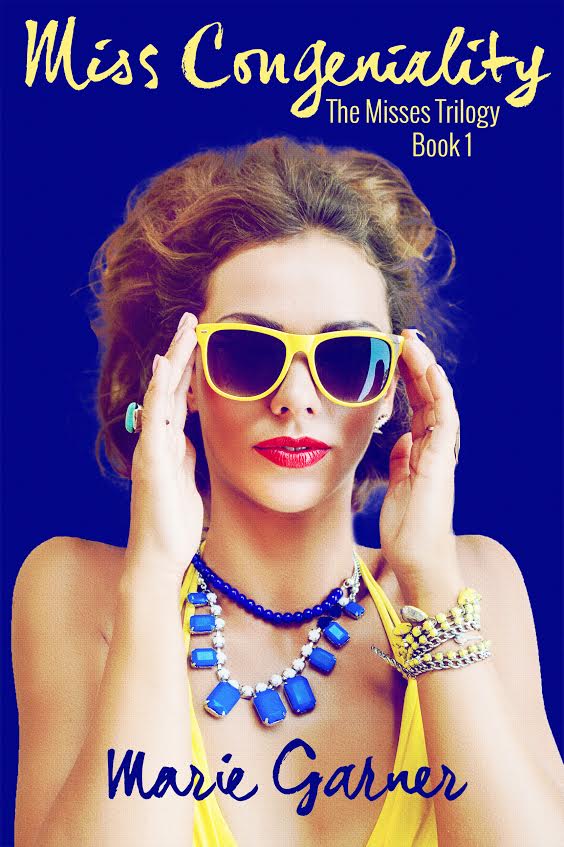 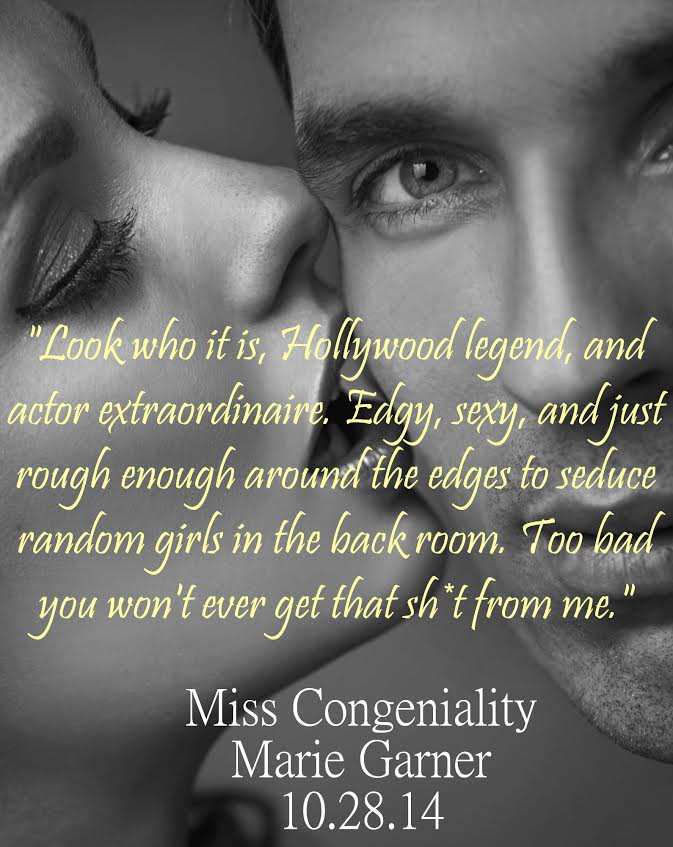 “That wasn’t so bad,” Lance said as they walked in the green room following the conference. The others had scattered soon after, but Brea had followed him to express her displeasure. She simply stared at him; he had clearly been hit in the head if he thought that press conference went well.

Brea tried for calm but failed miserably. Her temper didn’t flair up often, but when it did she tended to lay waste to everything in her path. “Easy for you to say grabby hands,” she hissed. “And what the hell were you doing insinuating that we had a relationship?!”

“First of all, I wouldn’t have had to say shit if you didn’t try to eye fuck me on the way in.”

Brea narrowed her eyes, gritting her teeth so she didn’t rise to his bait. “I didn’t try to eye fuck you. And who says shit like that?”

He leaned in so close she could feel his breath, causing a tingle in the base of her spine. “The guy who you were about ten seconds away from pulling into a back room.” She pulled away, needing the distance, before glaring at him.

“And don’t touch me again without permission.”

He chewed on his bottom lip, looking her up and down like he knew exactly where he wanted to touch her. “What pisses you off more? The fact that I had to squeeze your leg to prevent you from spouting off at the mouth…or that you wanted me to squeeze much more than your leg?”

Her nostrils flared, from desire or anger she didn’t know. They say there’s a thin line between love and hate, and she never felt it more acutely than she did today, as though ever nerve ending was on fire. She didn’t know why this man did it for her, but he did.

“You are obnoxious as hell.” It was pretty weak as far as comebacks went, but she couldn’t think straight. All she wanted to do was feel, but she wasn’t about to give in to shit when it came to Lance.

“That all you got? You really are…nice.” When he said it like that it made it seem like she had the plague.

“One of us has to have manners,” she replied in a way that would have made Emily Post proud.

“Yeah, and one of us had to preserve your reputation in the media. Will they speculate about us? Yes. Did I play it off so they think there’s nothing serious about us? Yes. Just wait and see what they write about you, I guarantee you will be the victim of my evil clutches.” She shifted from side to side, knowing he was probably right. They would be much more forgiving of her, but if she said anything they would have circled like vultures around new prey. She should probably thank him for his foresight, but he had been such an ass about everything.

“And as far as the other stuff- the shit between you and me? You look at me like that again, and I guarantee we’ll be doing a lot more than playing grabby hands under the table.” And just like that, he walked away, slamming the door on the way out. She plopped down on the couch, trying to pretend like she didn’t want to call him back for more. 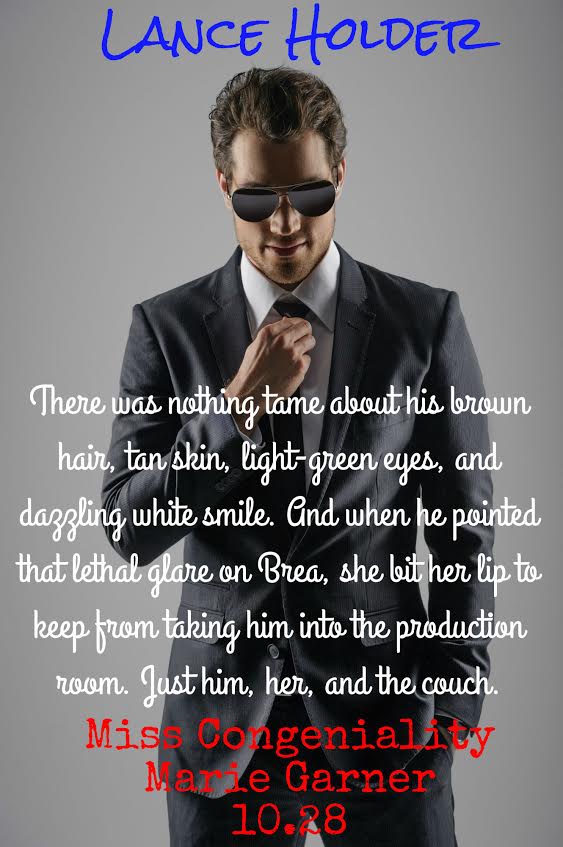 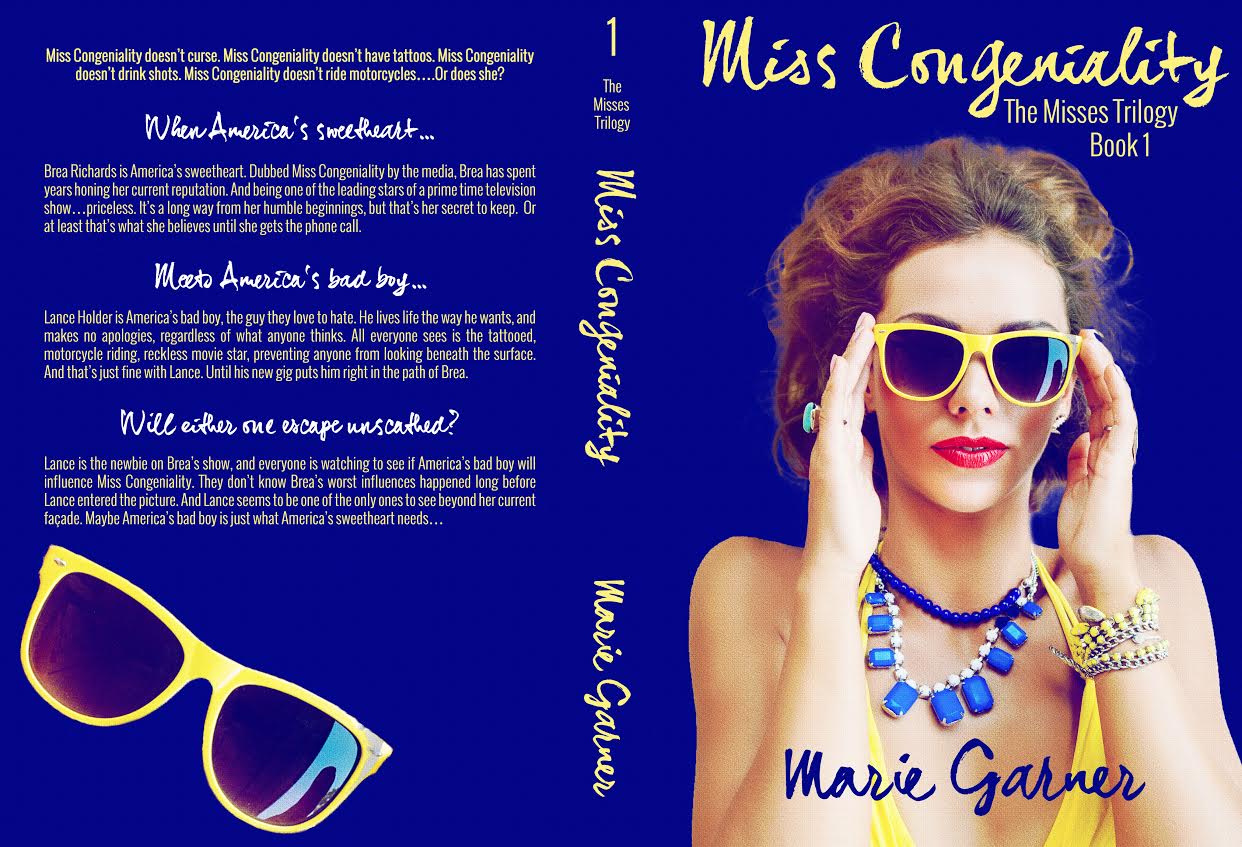 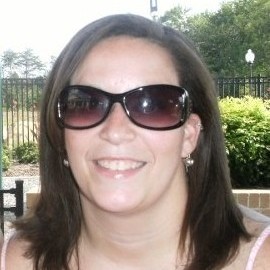 Marie Garner hails from North Carolina, and has had her nose in a book for as long as she can remember. Story ideas have been floating around in her head for as long as she can remember when she finally decided to write them down. She is an avid football fan, often found rooting on her Washington Redskins or her alma mater NC State. She has taught for the past 7 years, with a short break to earn her Masters degree. She loves London, having lived there for a year, and loves taking all those crazy ideas to make stories you enjoy!