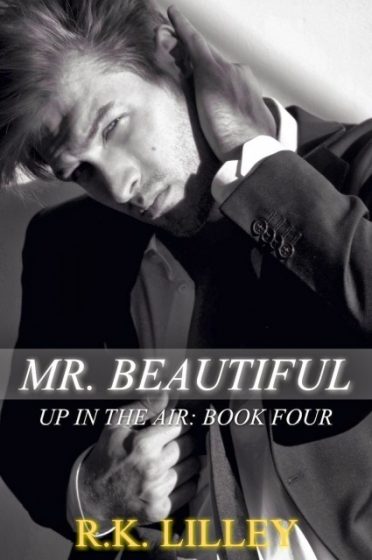 Mr. Beautiful will be a male point-of-view novel for the Up in the Air series that tells the story of James, and Stephan, and their unwavering love of a woman that would make the two men family. 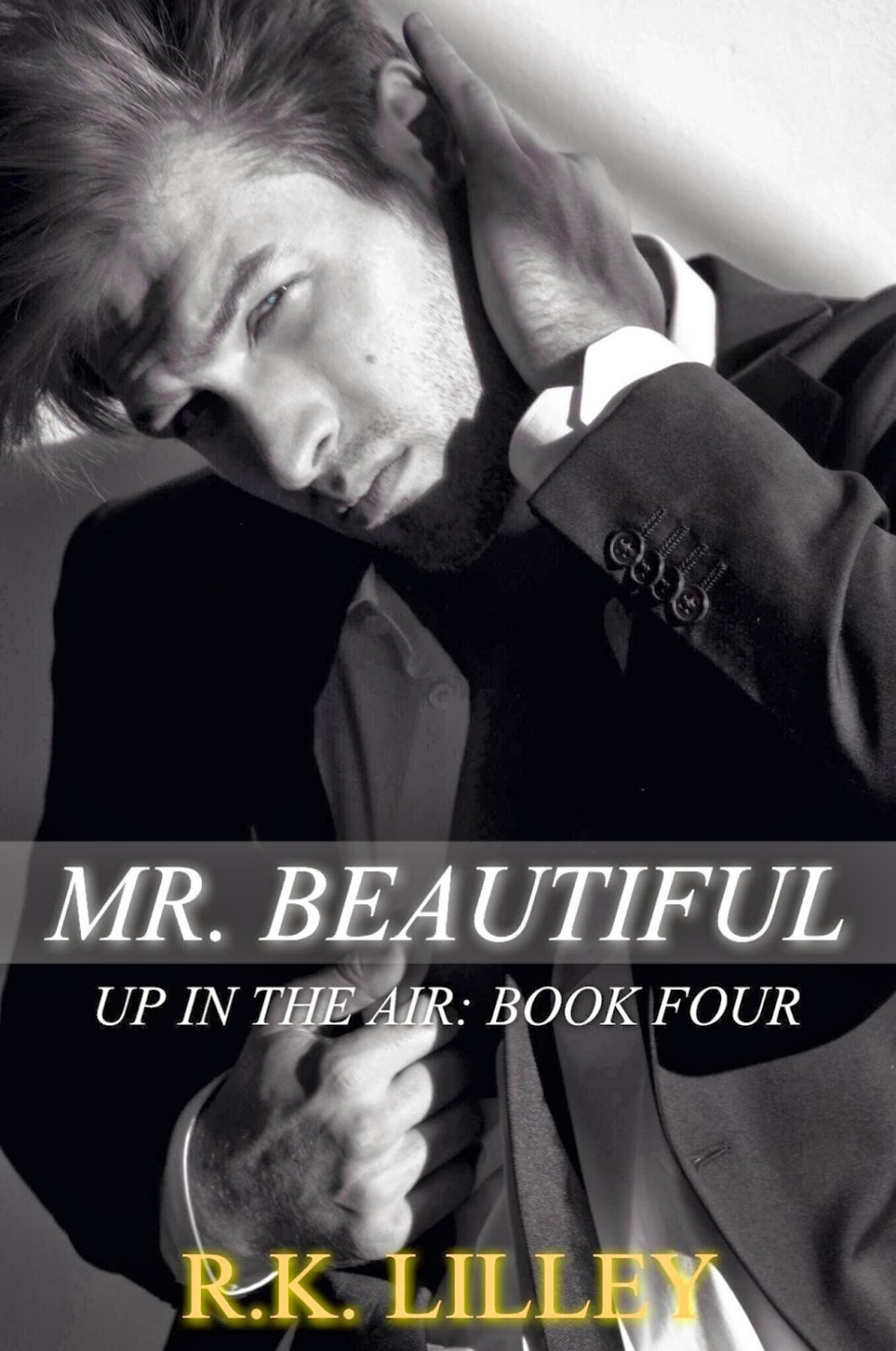 WARNING: THIS TEASER CONTAINS SPOILERS FOR THE UP IN THE AIRSERIES
JAMES
I couldn’t sleep after the shooting.
Bianca slept like a baby, like she never had before, like every worry she’d ever had had disappeared with the death of her father.
But not me. I was more restless than ever. A miracle had saved her, not me, and I felt helpless because of it. That was not a feeling that fit me well. In fact, it made my skin crawl in discomfort. In anger.
It had been months since the attack. She and Stephan were healed physically, and it seemed, emotionally, but I felt the wounds as though they were fresh. What had almost happened haunted me. I was a man that needed control, and I’d been shown, in the starkest way possible, that I hadnone.
I sat scant feet away from our bed, watching Bianca sleep. She was nude, with not so much as a sheet covering her. I’d seen to that. I watched her lithe form shift on the bed, one long leg hitching up to give me a glimpse of the pink between her legs.
I felt like a fucking stalker. Truth be told, I was one, watching her for hours on end, night after night.
I tensed when I realized she’d roused. It upset her that I couldn’t sleep, when she deserved peace more than anyone.
She sat up, and I watched her heavy breasts swaying with the movement. “James.” Her voice was the softest utterance.
“Love,” I answered, feeling the dark mood that had overtaken me lift in an instant. Just having her eyes on me could do that.
She crawled across the bed toward me. She’d always had an uncanny ability to do exactly the thing that would drive me the most wild, and she’d only gotten better at that over time. She didn’t hide her body from me as she moved. In fact, she posed for me, even the exposure of her body an act of submission. As though reading my thoughts, as though even those were a command, she paused on the edge of the bed, parting her legs to let me look my fill before she rose, approaching my chair.
I stood to meet her, my body drawn tight, my cock throbbing as though I hadn’t come, buried inside of her, just hours before.
I was a statue as she leaned up to my ear, my brows drawing together in a question. Her lips touched my ear as she spoke.
“Hurt me,” she whispered raggedly.
My eyes shut tight, my jaw went slack, and a shudder wracked my entire body. This woman destroyed my self-control.
I’d avoided all of the rough stuff since she’d been injured, but God had I missed it.
“We don’t have to, Bianca. It’s not necess-“
She gripped my hair, pulling my face down to her injured cheek. She dug her jaw into me so hard that I knew it must be hurting her badly.
“I need it,” she rasped into my ear. “I’ll never stop needing it. Please.”
I pulled back, and my hands trembled as I cupped her face in my hands, my eyes searching hers desperately for what I wanted to see. Need. Yes. She needed this as much as I did. Perhaps more so.
“Get on the bed,” I told her thickly. 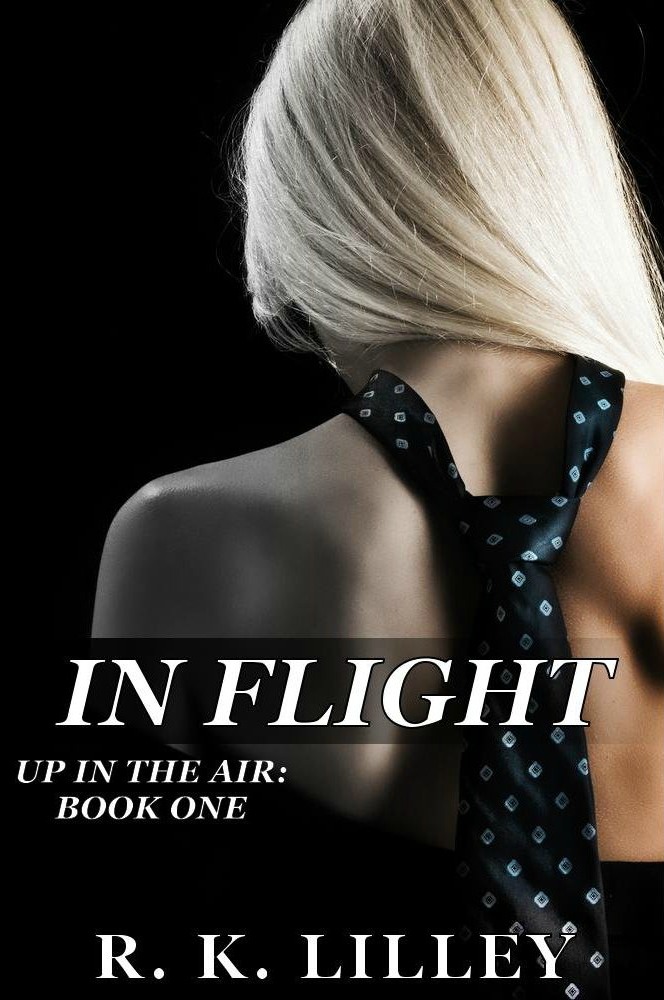 When reserved flight attendant Bianca gets one look at billionaire hotel owner James Cavendish, she loses all of her hard-won composure. For a girl who can easily juggle a tray of champagne flutes at 35,000 feet in three inch heels, she finds herself shockingly weak-kneed from their first encounter. The normally unruffled Bianca can’t seem to look away from his electrifying turquoise gaze. They hold a challenge, and a promise, that she finds impossible to resist, and she is a girl who is used to saying no and meaning it.Bianca is accustomed to dealing with supermodels and movie stars in her job as a first class flight attendant, but James Cavendish puts them all to shame in the looks department. If only it were just his looks that she found so irresistible about the intimidating man, Bianca could have ignored his attentions. But what tempts her like never before is the dominant pull he seems to have over her from the moment they meet, and the promise of pleasure, and pain, that she reads in his eyes. 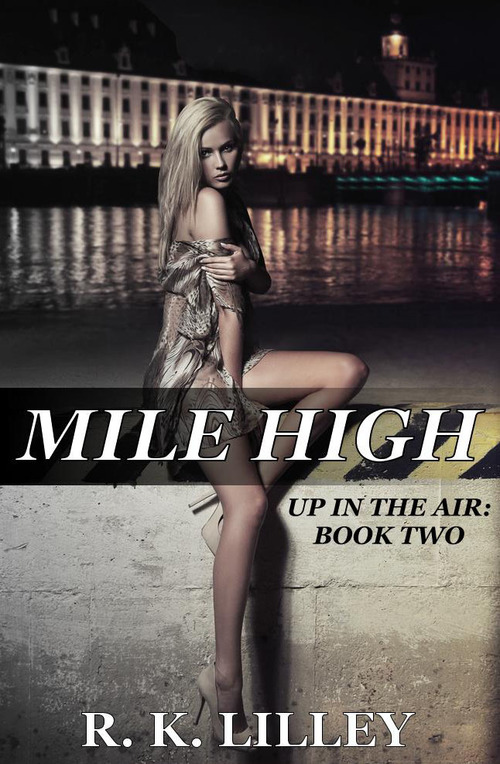 James and Bianca’s tumultuous story continues in the sequel to In Flight.James has initiated Bianca into a dark and drugging world of passion and pain. He taught her about her own submissive, masochistic nature, and she fell swiftly and deeply in love with the undeniably charming and impossibly beautiful Mr. Cavendish, but a painful misunderstanding and the return of the brutally violent demon of her past have combined to overwhelm Bianca, and, confused and hurt, she pushes him away.

It’s been over a month since the shocking attack that hospitalized her, and since she told a distraught James that she needed space, but her feelings haven’t gone away. Even she knew that it was only a matter of time before he would cast his spell on her again… 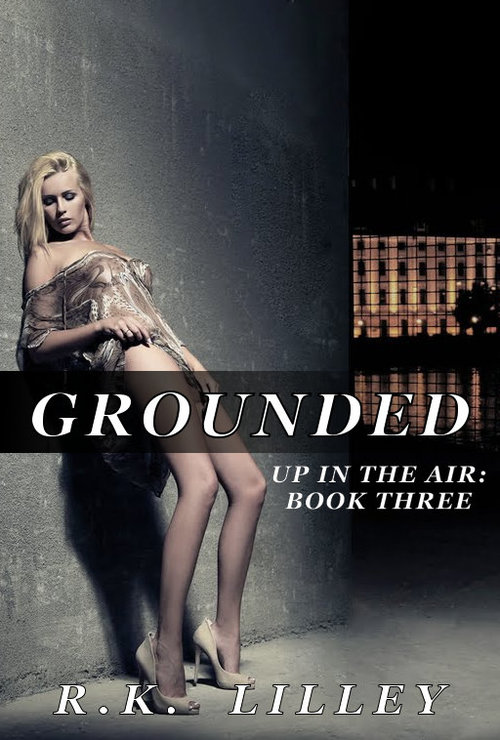 James and Bianca’s story draws to a close in the explosive conclusion to the Up In The Air Trilogy.After a short but earnest courtship, Bianca can no longer deny her feelings for James, and though she’s tried her hardest, she can’t help but see that he cares deeply for her, as well. In a completely uncharacteristic move, she has put aside her misgivings and agreed to live with the enigmatic billionaire. Is her leap of faith the beginning of something wonderful, or is it too much, too fast?

As James and Bianca feel a growing need for each other that neither can deny, circumstances beyond their control intervene, trying to tear them apart. Amidst the ever mounting threat of a monster who wants Bianca dead, and the constant pitfalls of an indiscreet past that James can’t seem to escape, can these two passionate lovers manage to find their happily ever after?

Buy from Amazon –Buy from B&N 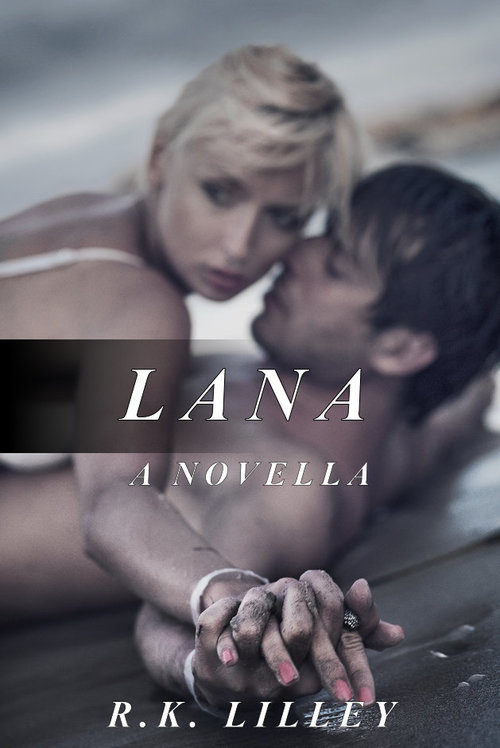 Lana can’t remember a time when she wasn’t hopelessly in love with Akira. Even knowing that he viewed her as a kid sister had never helped to dampen her feelings. One night together only made it worse. After seducing Akira, it became apparent that their love affair was hopelessly one-sided, and heartbroken, Lana fled her beloved island paradise.
Eight years later, Lana finally returns home, planning to stay briefly, and only for business, but her plans go quickly awry when she runs into the man she could never get over. 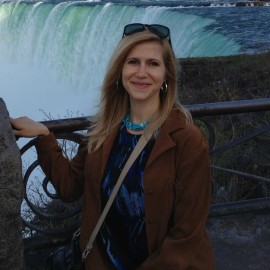