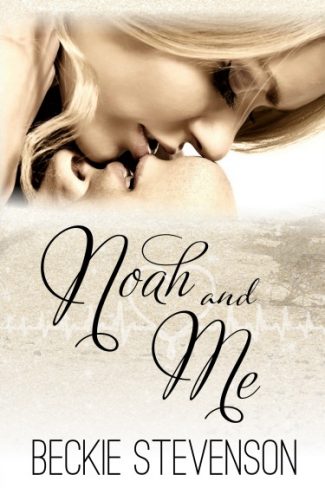 “So you fix broken hearts, do you?” I ask. “Seems a little ironic.”

Noah Carter is one of the best cardiothoracic doctors in the country. He’s incredibly intelligent, funny, kind and he’s a beast in the bedroom. He has scars that drizzle down his chest and painful memories of an unforgettable night that plague his every waking hour.

Seven years ago, Noah stumbled upon me at the side of a grave and saved me in one of the most compassionate ways another human being can save another. I will always love him for that. Always.

He loved me in a way that no man has ever loved me since, and I gave him everything. I gave it all to him until my secrets and lies tore us apart, forcing me to shatter his heart into a thousand little pieces.

Seven years ago, he loved me…but now he hates me. And I hate that he hates me. Leaving Noah is my biggest regret in life - and I have a lot of things that I regret. A lot.

I’m Ariel Miller, and this is the story of Noah and Me. 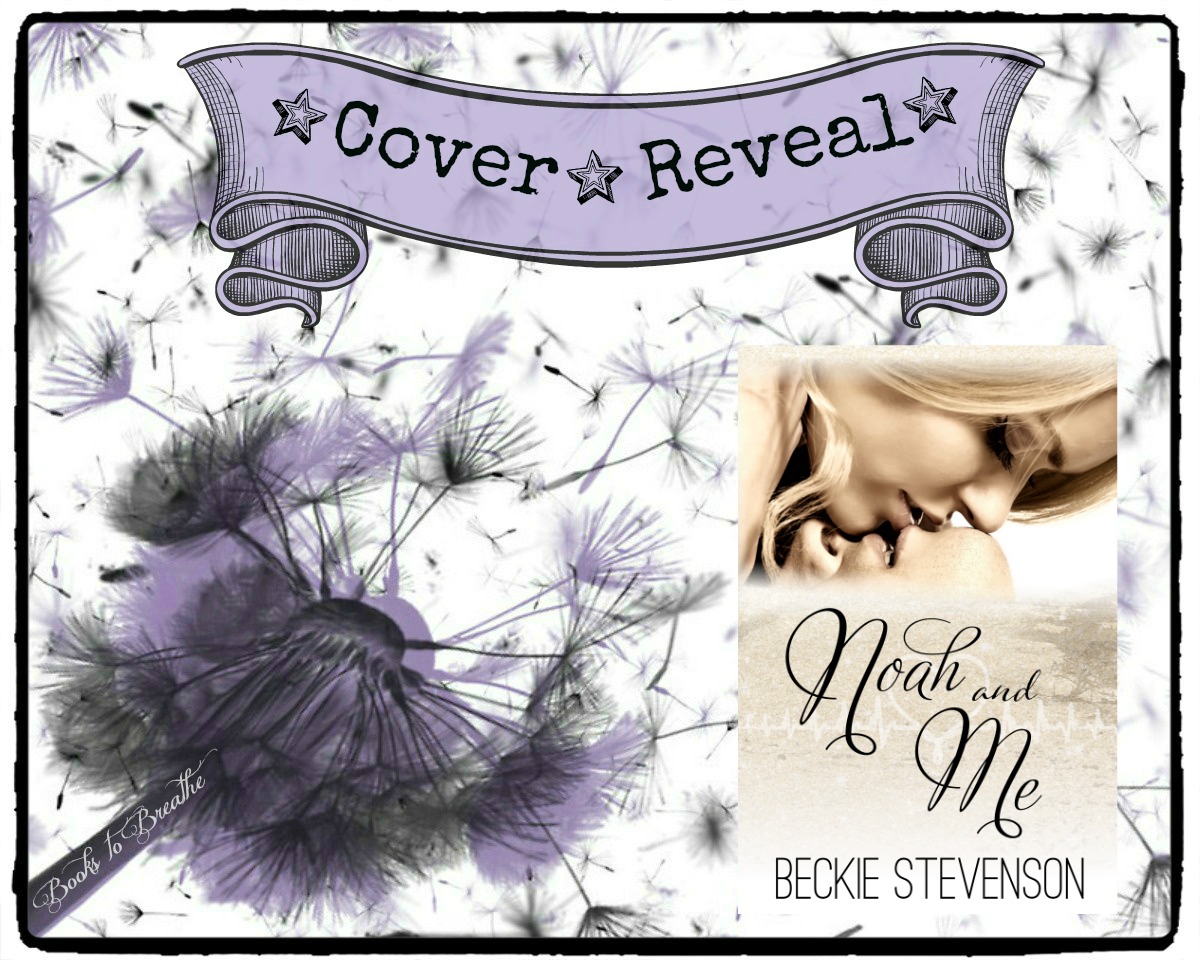 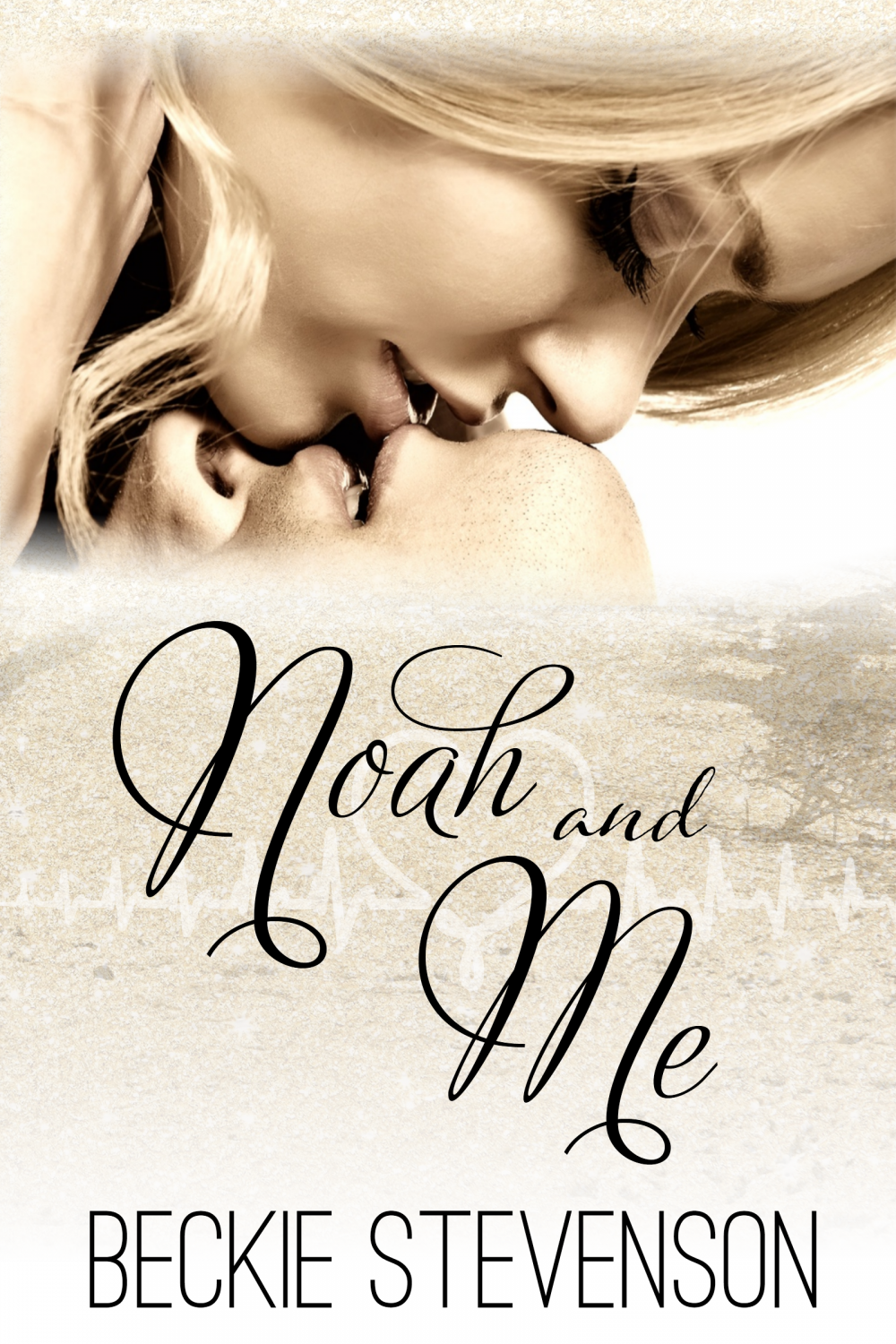 I glance around the corner of the small building and spot a woman who isn’t dressed like a smart teacher. She’s wearing white stilettoes and a tiny little black dress that just about covers her backside. Her breasts, which are definitely fake, protrude out from the scoop neckline of the dress. Her chocolate-coloured hair is poker straight and falls to her shoulder blades. I hear her giggling. I see her hand shoot out to touch a glistening, tanned and extremely toned forearm.
“That’s Candy,” whispers Ben.
“What does she do?” I ask. She arches her back and pushes her breasts out even further than they were before.
“She’s a Lawyer,” he tells me. “They call her the black widow.”
I glance at Ben and realise he’s not joking. I look back at Candy and hear her giggle again, watching as she flicks her hair over her shoulder. “Does she eat men after she’s slept with them?”
“No,” he says, shaking his head. “She eats them after she’s done with them in court instead.”
More like she hypnotises them with her breasts and hair flicking, I think. “I see,” I say.
“Her tongue is evil,” he says before adding, “and not in a good way.”
I grin at him.
“Anyway,” he says, pulling on my elbow, “we should go and say hello to the birthday boy.”
I take a step forward and then the earth stops moving as all of the blood in my body rushes to my ears. I can hear the beat of my own heart as it bangs against my chest. The birthday boy’s blue eyes collide with mine and they’re slowly turning to hard stone in front of me. He steps away from the wall, roughly pushing Candy off him, and marches towards me.
I can’t take my eyes off him. How can someone who is beyond beautiful look so ugly at the same time? His light brown hair is styled perfectly on his head as if he’s just got out of bed. Or maybe he has, if Candy’s performance was anything to go by. His pale, crystal-blue eyes display nothing of the thoughts that I have no doubt are obviously running through his mind. He’s wearing a dark grey shirt and black trousers. Even with his clothes on, I can tell that there’s a wall of pure muscle hiding underneath them. I see a faint smattering of chest hair poking out from the top of his shirt where his top button is undone. His face is tanned and freshly shaven.
“You!” he says, his deep voice wrapping around me like a warm blanket. His gaze shifts to my neck like lightning. His eyes linger for a fraction of a second on my necklace and I see a hint of astonishment flash across his face. Then it’s gone, replaced by the cold, screwed-up face that he had before.
I open my mouth but nothing comes out. Every single hair on my skin stands on end as his angry breath washes over my face. Air leaves my lungs and doesn’t come back in. How the fuck is he here? Of all the places in the entire world, how is he here?
I finally realise he’s still towering over me, looking as if he wants to strangle me. I take a deep breath. I can’t do this.
“Erm, do you two know each other?” asks Ben.
Ignoring Ben, I continue to stare at him. He stares at me. What could we possibly say to each other that would make any of it okay? I can’t be here. I can’t be near him. I need to leave.
“No,” he hisses, as his eyes trail all over me.
Liar.
“I don’t know who this girl is,” he says.
I know it’s wrong to feel hurt that he called me a girl, but I do. I don’t want him looking at me like that either. Not when I feel so shitty about what I’m wearing. I wish I could cover myself up, but I don’t have enough clothes on to even start.
Ben blinks, looking confused. “Noah, this is Ariel. Ariel, this is the birthday boy, Noah.”
This isn’t Noah. This is a stranger that doesn’t know me anymore.
“I’m going,” I announce, tearing my gaze away from Noah. I look at Ben and feel myself beginning to panic. “Erm, I have to go.”
“You have to?” Ben questions.
I nod quickly and start to back away from them. “I have to go. Right now. I have a horrible headache. Here,” I say, pushing my glass into Ben’s hand, “take this. And I’m sorry.”
“Ariel,” Ben calls as I turn to leave.
“Let her go,” Noah says. “She wasn’t invited and she’s not welcome.” 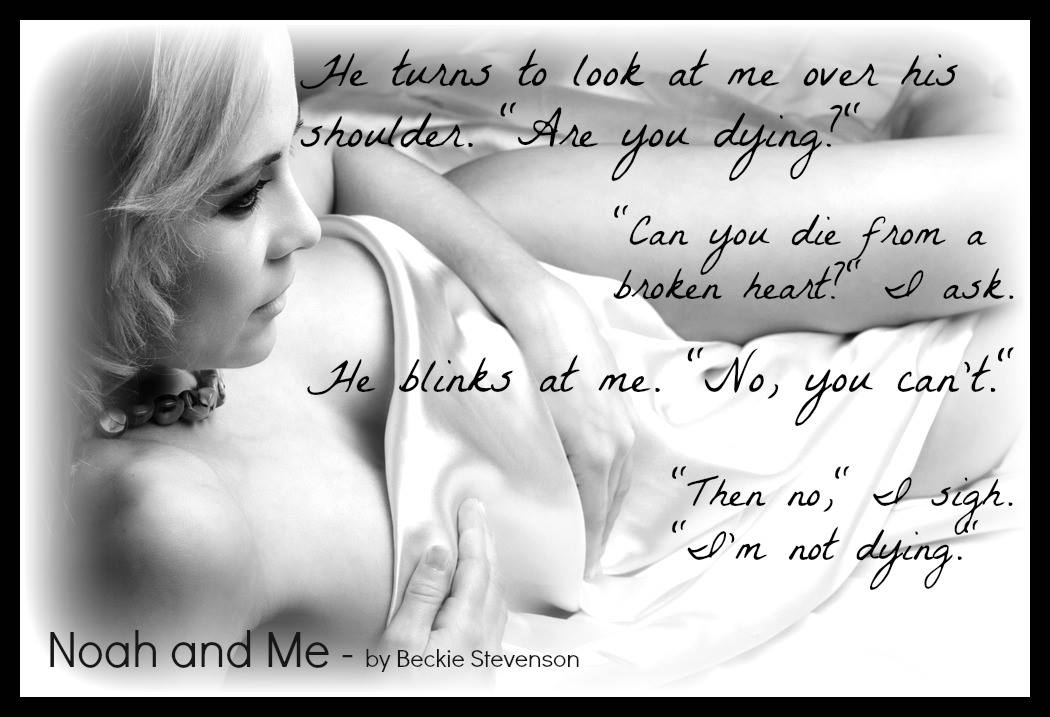 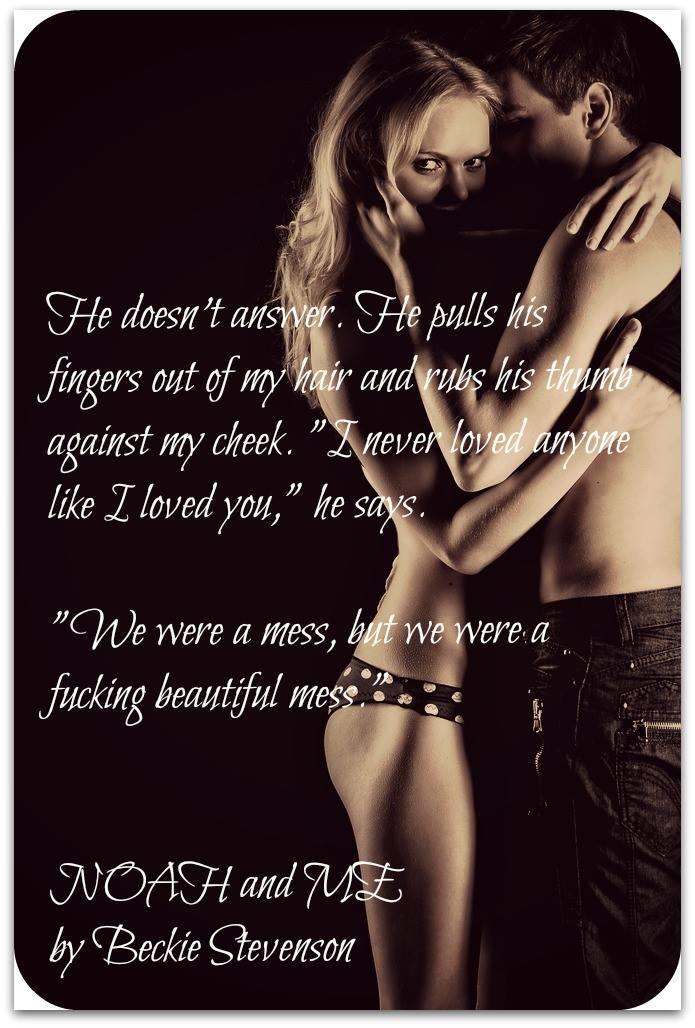 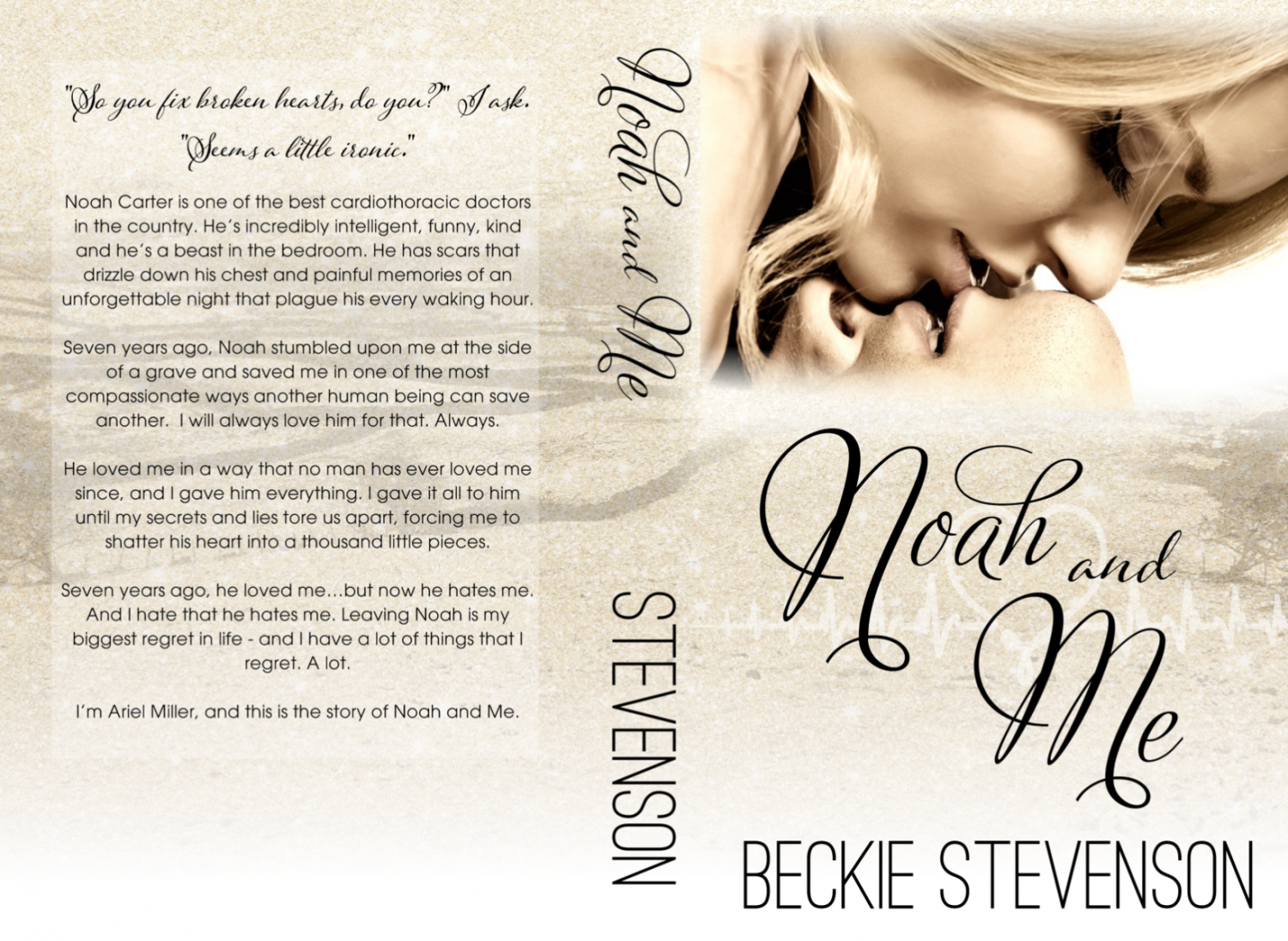