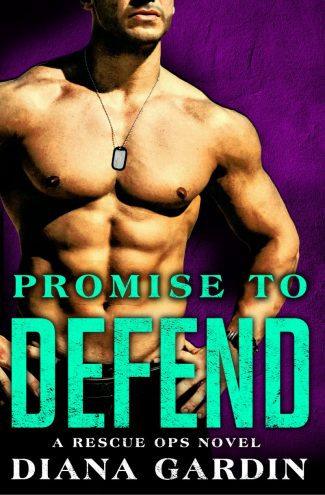 I'm broken. I have been for seven years. Ever since my wife was murdered while I was deployed overseas. I was protecting our country, but I should have been protecting her. I haven't looked at another woman since--but then Olive Alexander crossed my path. She stirs up feelings I thought were long dead. So when her house is ransacked after she receives a threatening message, I know I have to step in and keep her safe. I failed my wife, but I won't fail Olive. Unfortunately, Olive isn't exactly ready to accept my help...

With her sexy-as-sin pencil skirts and sleek ponytails, Olive clearly doesn't let anything--or anyone--mess up her perfectly ordered life. But years spent working as a special ops soldier has taught me how to read people... and I know Olive is hiding something. When my covert mission for Night Eagle Security collides with Olive's past, I'll have to get her to open up--or risk losing her. And losing Olive is not an option. If she's in danger, I'll defend her...even if it costs me my life. 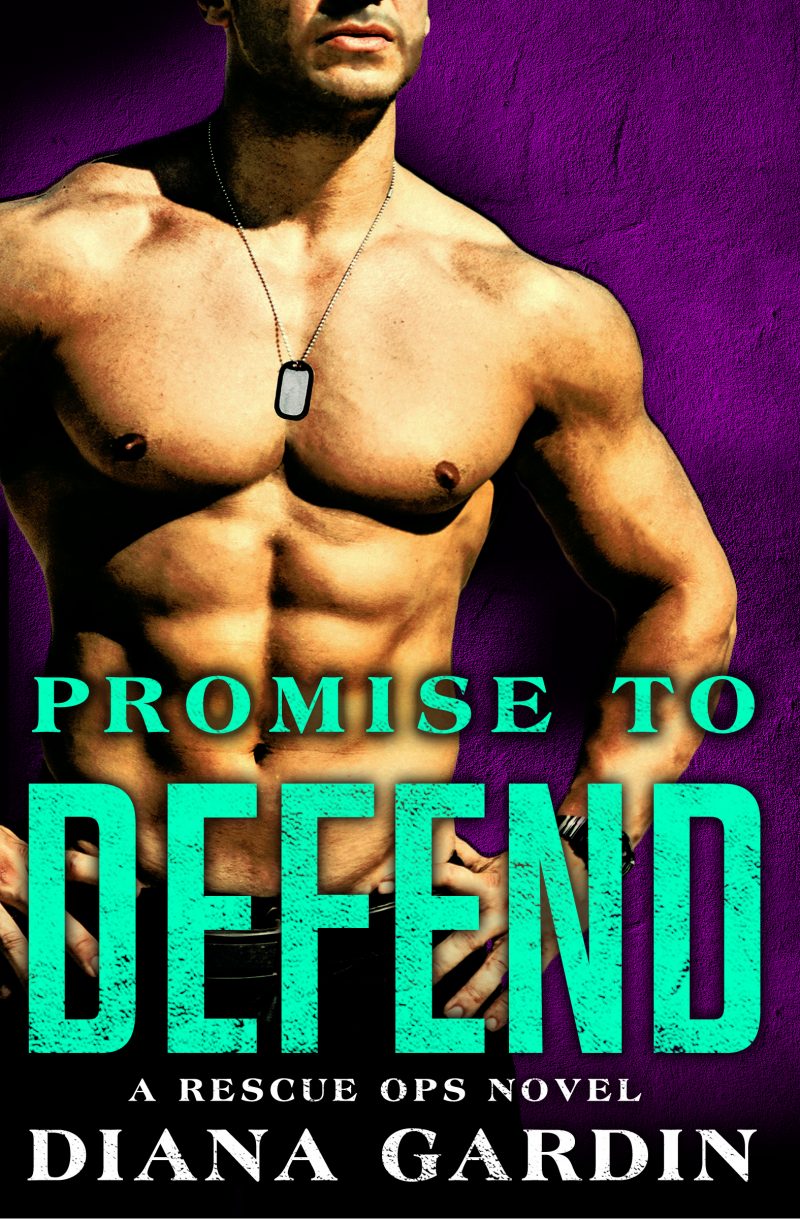 Turning, he gets up and walks down the hall. I hear a door open and close and when he returns, his arms are laden with a cozy-looking gray chenille blanket. Pausing in front of me as I look up at him in confusion, he uses his leg to nudge my knee.

Moving sideways, Ronin sits down and stretches out behind me on the couch. Then he spreads the blanket out over his legs and wraps an arm around my waist. He tugs, and I find myself settling down in front of him while he spoons me from behind. He places the blanket over both of us, and then wraps his other arm around me.

It’s like I’m trapped in the hardest, warmest, most protective, best-smelling cocoon there ever was.

At first, I’m stiff, because what?

Ronin’s scent wafts over me, and I breathe it in like a woman deprived of air. It’s partly cologne, but it’s a fresh, masculine clean scent with just the tiniest hint of spice. It’s amazing. His body, pressed up against mine in the most intimate way, is so hard that heat pools deep in my gut and my thighs clench together to try to fight the bubbling desire he’s stirring up inside me. A kind of true desire I haven’t felt in years.

His arms tighten around me, pulling me closer. “Relax, Red.” His words raise the hairs on the back of my neck, and a delicate shiver rolls through my whole body.

Taking a deep breath, I allow myself to soften against him.

“Not comfortable being touched, are you?” Ronin’s voice in my ear is husky and deep, and it feels like he’s reaching inside me rather than just speaking to me.

“Do you want to talk about why that is, Red?”

My eyes trail over his hands as his capable fingers begin to stroke unassumingly along my forearms. It’s the slightest touch. Barely a caress, really, but the way I can feel it reverberating everywhere from my neck to my toes is unsettling. I’ve never been touched on a level as deep as this, and I don’t know what to do with the way it feels.

Shrugging again, I think about how to answer that question.

There. That should satisfy his curiosity.

But Ronin doesn’t quite let it go. “There’s more to you than cautiousness. And that’s okay…I get it. I have layers, too. Ones that go so deep I don’t know if I’ll ever get to the bottom of them. And I’d never expect anyone else to, either.”

The sheer understanding in his tone floors me. He doesn’t elaborate on his own issues, and he doesn’t ask me to delve further into mine. I’ve never been around a man who doesn’t ask for something from me, usually too much, in return for spending time with him.

Tentatively, I caress the bicep that holds me so tightly. The corded muscles jump beneath my touch, and I can feel the breath that Ronin sucks in.

“Tell me about these?” I ask, caressing the giant bird tattoo in the center.

His voice low, velvety, he answers me. “Well, this is an eagle in flight. I got it when I first joined the army.”

I trace the intricate details of the tattoo, the fine lines given to each of the bird’s feathers.

“And this one,” he continues, indicating the three thick, black bands stretching around his arm nearer his shoulder. “Represent each time I had to pass a test to achieve something great. Army entrance, officer exam, Ranger training.”

Marveling, I imagine the sheer amount of strength it took for him to achieve each of these goals.

He’s silent for a moment, and I trace the bright, bold heart tattoo entwined with rope. “And this one?”

Ronin stiffens slightly. He pauses, but then when he answers, there’s a cooler quality to his voice, one that I don’t understand. “That represents my heart.”

And that’s it. That’s all he says, and it surprises me how much that hurts.

We sit in silence for a few long moments, the tension swirling between us, when I finally feel his body relax against mine once again.

I haven’t stiffened since we started talking. I haven’t felt the need to flee from his hold, to shy away from his closeness. It’s huge, at least for me. This doesn’t happen. Not unless it’s on my terms, and with men I can keep at a safe distance.

But something tells me there’s no keeping Ronin at a distance. It should terrify me…but it doesn’t. Instead, a spark of hope flickers to life inside me. Hope that this man can succeed in breaking down the walls I’ve built so carefully around my heart.

When a chuckle rumbles through his chest, I almost jump out of my skin and his grip on me tightens for just a moment to reassure me.

Focusing my attention on the television, a smile ghosts across my lips. “It’s ‘Behind the Scenes: Big Top.’” Reality television is an addiction for me, and the show that follows the leading players in a traveling circus behind the scenes is one of my favorites.

His laughter grows louder and I can’t help myself; I chuckle right along with him.

“Red…please tell me why we’re watching ‘Behind the Scenes: Big Top.’” The teasing lilt in his voice makes my pulse race.

“I like it.” Feeling the need to defend myself, my tone is indignant. “If I weren’t an interior designer, and I was just a little bit braver, I think I’d probably be a circus performer.”

Ronin’s laughter fades away as he considers my words. “What act would you do?”

I can answer that question without a second thought. “I’d be a trapeze artist. Flying high, all those dangerous catches? The freedom of it? It’d be amazing.”

Ronin’s quiet for a moment. I think he’s forgotten all about my answer when he speaks again, his words dusting across my skin once more. 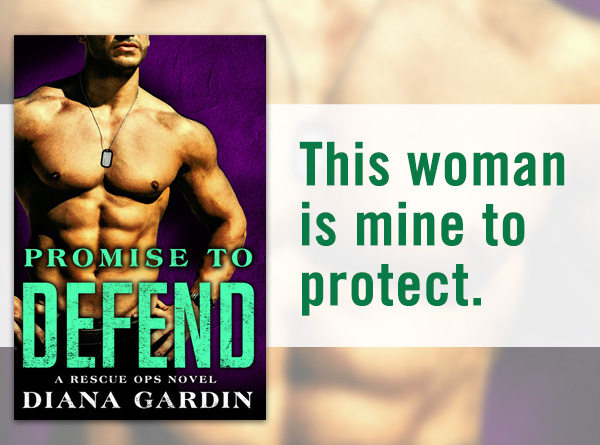 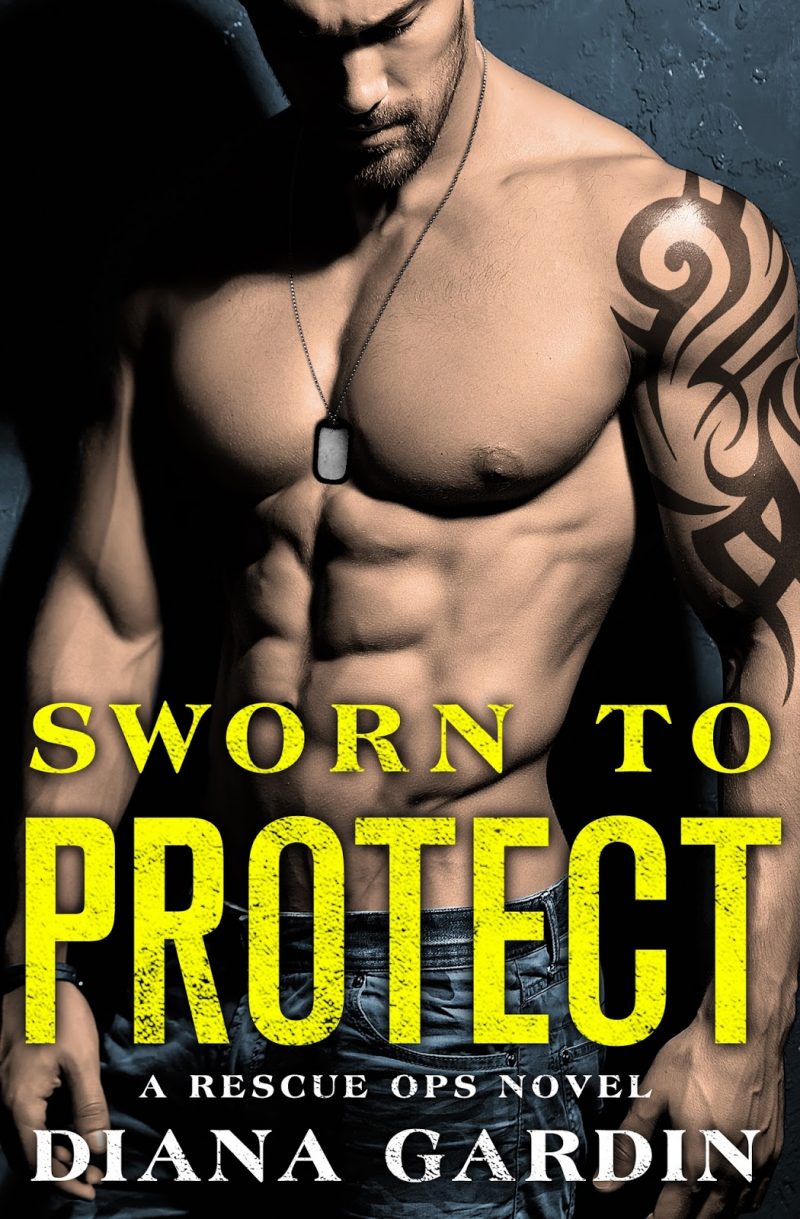 To keep her safe, he’ll have to uncover all her secrets…
Rayne Alexander. A face I never thought I’d see again, and one I never could forget. Nine years ago, she left town–and me–without a backward glance. But now she’s back, with a haunted look in her eyes and a feisty attitude that didn’t exist when we were teenagers. Seeing this grown-up–and sexy–Rayne is something I wasn’t prepared for… and it’s bringing up feelings I’d thought I’d buried years ago.
Although I want to demand answers from Rayne, working on black ops at Night Eagle Security has taught me that it’s sometimes better to keep my mouth shut. So when I catch her hiding a photo of a little boy, I’m curious. When I see her jump as her phone rings, I’m concerned. But the second I notice a car following her home, I know she’s hiding something. Something dangerous. And while I may not know why she left or why she’s back, if there’s someone out there Rayne is afraid of, I’ll make damn sure that threat is eliminated.