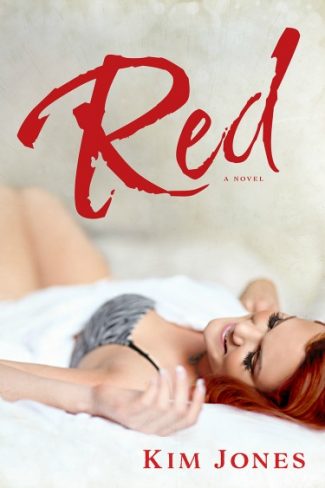 Red is living life in the spotlight, a place she always dreamed of. Stripping was a way of escaping from her past, and it was something she was well-known for. But, Red’s fight to remain queen isn’t the only battle she’s facing. And when the war against her addiction is won, it’s not in her favor.

Facing three to five years in a federal penitentiary, Red feels like her life is over. But just like he always does, Luke Carmical, her childhood best friend, comes to the rescue. Only this time he’s brought the Devil’s Renegades member Regg with him. Having no other option, Red is forced to spend the next ninety days in a place she’s never been and in the care of a man she hardly knows.

Spending three months of her life on a secluded farm turns out to be a lot more than Red bargained for. Because, it’s there that Regg stands by her side through endless hours of withdrawal, constant mood swings and restless pacing. It’s there that the MC family reminds her of their motto: love, loyalty and respect. And it’s there she learns that hitting rock bottom, doesn’t keep you from falling...in love. 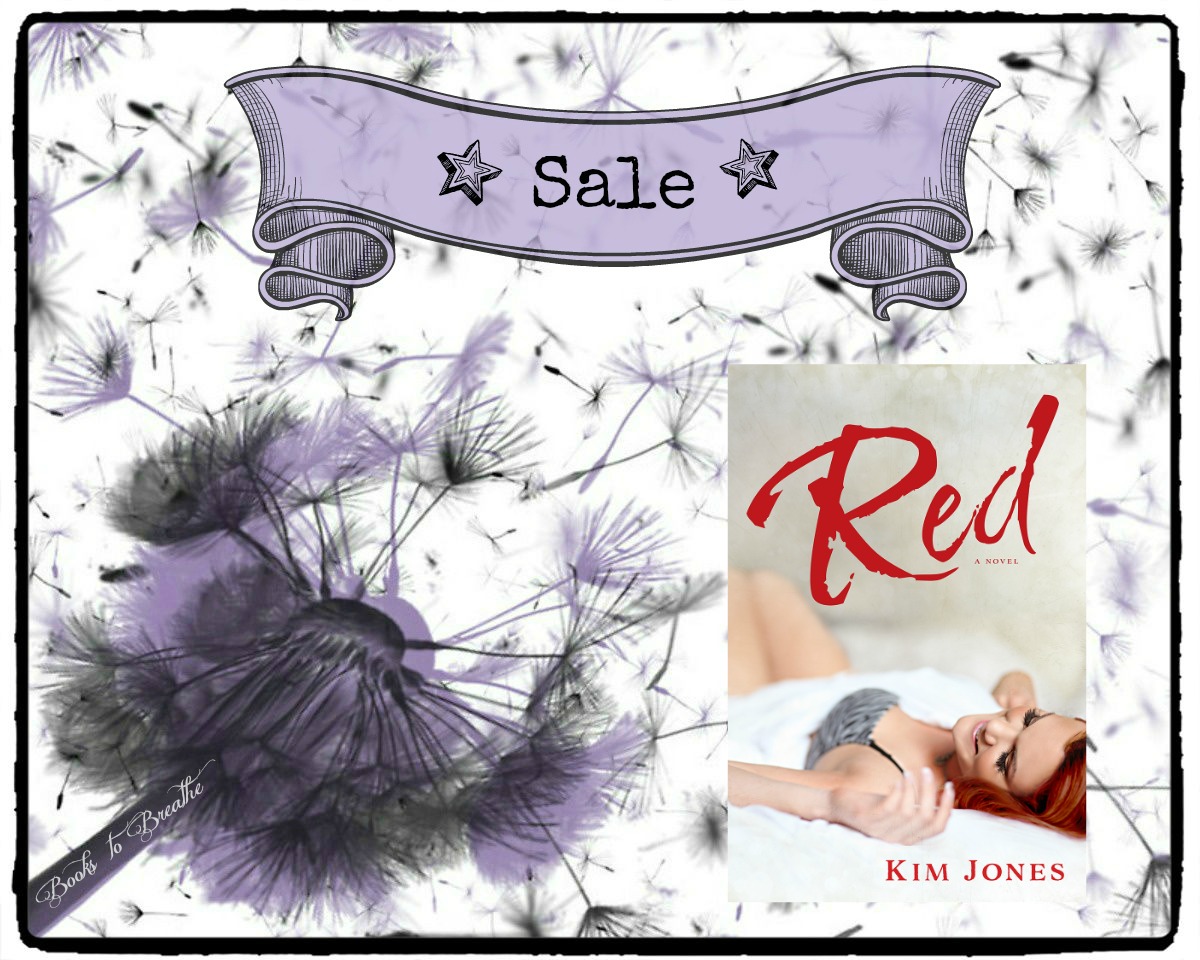 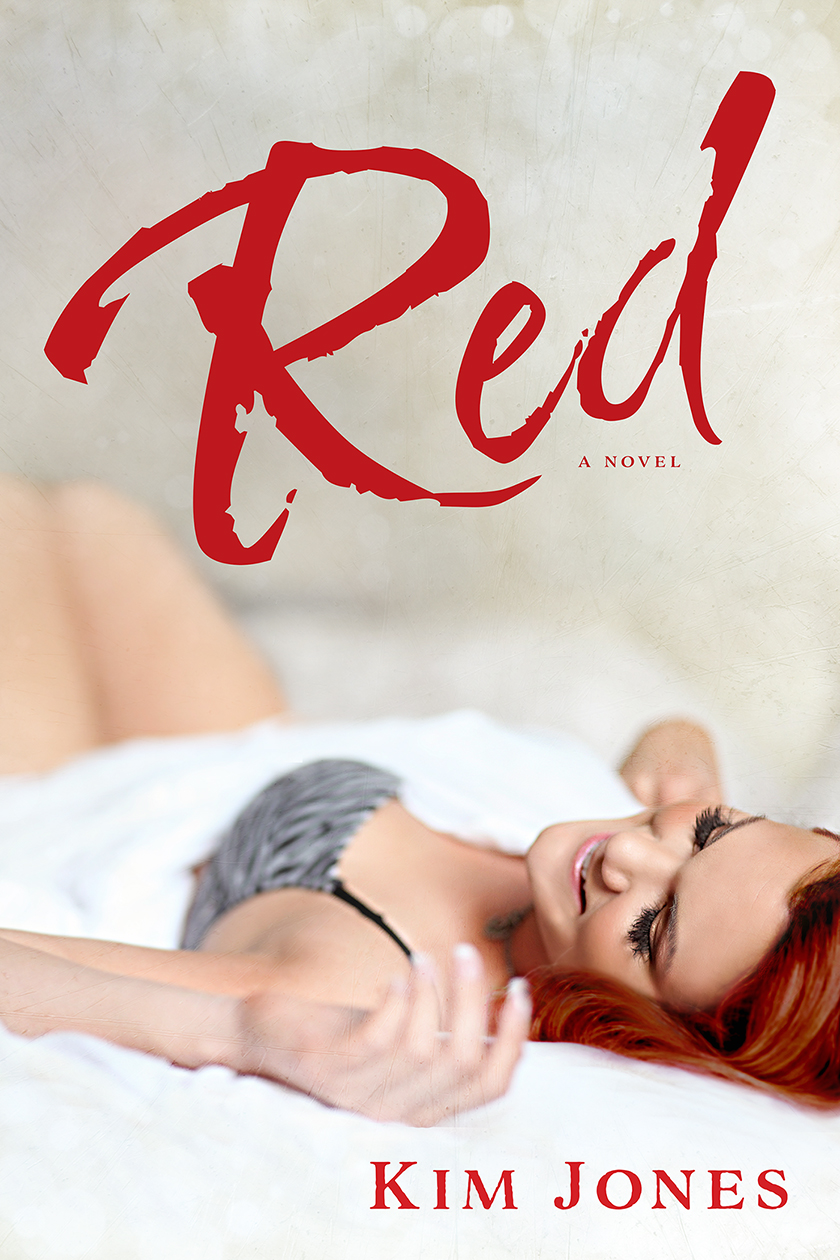 It’s been three months since I’ve seen Red. The phone call Luke got Saturday morning had me thinking the worst. To say I was relieved when I found out she’d been locked up is an understatement. I was afraid she was dead. I knew she’d been hitting the dope pretty heavy. Luke never said anything demeaning about Red, but he did confide in me about her addiction. Still, I never thought any less of her. Sometimes life makes you do stupid shit. I know because I’ve done my fair share of it.

A little over a year ago, I thought my life was complete. I had everything; a good job, money, a full patch with my club. There was literally nothing else I wanted. And then I saw her. She was so fucking beautiful. Waves of red hair, bright hazel eyes, an infectious smile and a personality that was sexier than those long, tan legs of hers. She walked with confidence, spoke with pride and made everyone in the room feel better by just breathing.

I’ve never been so affected. I’ve never desired anyone or anything so much. I wanted more of her. This was the first woman I’d seen who exuded raw sexiness, but wasn’t flashing naked in my mind. I just wanted to talk to her. I wanted her to smile at me. Even if she didn’t, I just wanted her in the same room so I could admire her beauty and let her presence possess me. She’s what was missing from my life. When she looked at me, it was like we’d know each other our whole lives. Ten minutes was all it took for us to build a connection. And in that time, I knew I would do anything to have her. Now, I’d get my chance.

Luke sat next to me at the back of the courtroom. He was trying to look calm, but I knew better. I shot a wink at the girl in front of us and waited for her to turn around before nudging his arm.

“I don’t know if I can do this, man. I’ve seen her like this before. It’s bad.” His voice was low and I knew was taking all he has to keep it together. He ran his hands through his hair, drawing the attention of the girl in front of us again. I motioned with my finger for her and her giggling-ass friend to turn around. They looked confused, so I gave them my best ‘mind your own fucking business’ face. It worked.

“Luke,” I said, grabbing his shoulder until he met my eyes. Those baby blues that make all the bitches go crazy were now dull and lifeless. “This ain’t your fault. She’s a big girl. You can’t make her do anything she don’t wanna do. You did the right thing by stepping back. Getting locked up was the best thing that could happen to her.” My words did nothing to ease his mood. I had to dig deeper and fuck, I didn’t want to.

“With my life.” No hesitation.

“With Red’s?” This time, Luke hesitated but eventually answered.

“Yes.” I hated seeing my brother go through this. I convinced him that I was doing this for him. It wasn’t a lie. I would cut my own heart out and give it to my brother if it made his whole again. Red had done some damage to Luke. She was the sister he never had, and her fuck-ups always fell on his shoulders. He always thought he was responsible for her. If I could take that burden from him, I would. And it would be a lie if I said I didn’t want it. Red needed a man in her life. She had Luke, but he was a brother. She needed a man to take care of her. Protect her. Be with her. I was that fucking man.

“Then trust me, brother. I got this. I promise.” The conviction in my words broke through to him. He lets out a breath and nods at me.

“I know you do.” Finally. I focused my attention on the front of the room while Luke finally noticed the girls sitting in front of us. Good. He needed the distraction.

When the side door opens, I hear her before I see her. Red is laughing, and I can’t help but smile at the sound. But I can physically feel my face fall and my heart nosedive when she comes into view. This is not my Red. This is only the shell of the woman I met a year ago. When I last saw her, I could only see a slight difference in her appearance. She’d lost some weight and looked exhausted, but she still had her spirit. Now, she just looked broken. Even though she is smiling, you can tell that she is in another world. I’m not even sure she knows what’s going on.

She’s thin. Too thin. Nothing but a sack of bones in an orange jumpsuit. The chains on her arms and feet are heavy in comparison to her frail body. They pull at her wrists, causing her to slouch over from their weight. Her feet shuffle across the floor slowly. When she lifts her head, thin, red hair frames her face that seems sunken. Even though I can’t make them out perfectly, I can tell that her eyes have lost their sparkle. But, even at her worse, that magnetic pull is still there and I want nothing more than to go to her. I want to rip those fucking chains off, carry her to my truck and drive her away from everything that has ruined her. I want to heal her. I want to help her find herself. And when she does, I want to find the motherfuckers that did this to her.

I stare at the back of her head, wishing I could be the one standing beside her instead of the fucker in the cheap suit. The judge speaks to her and I listen for her voice, but I can’t hear it from where I sit. I grind my teeth, waiting for the moment I can take her with me. I feel Luke’s hand on my shoulder, but I refuse to look at him. This is why he is so upset. This is what he’d witnessed only a few weeks ago. No wonder he felt guilty for not doing something then. As much as I wanted to blame Luke, I wouldn’t. Red wouldn’t have gone if he’d asked her and she wouldn’t have stayed if he’d made her. This was for the best. It had to happen like this.

I don’t wait for the judge to call me up. I can’t just sit here any longer. I’m ready to get this over with. I’m ready to have her with me. I can feel her eyes on me as I make my way down the aisle, but I don’t look at her. I keep my face impassive. I’m composed, ready to deliver my shitty little speech to please the DA. What I say doesn’t matter, though. Nothing can keep me from getting what I want. I’ll rip through this place like a mad man. I’ll bring hell to Forrest County. I’ll tear the roof off this motherfucker with my bare hands for what’s mine. I’m here for one reason- Red.

And I’m not fucking leaving without her. 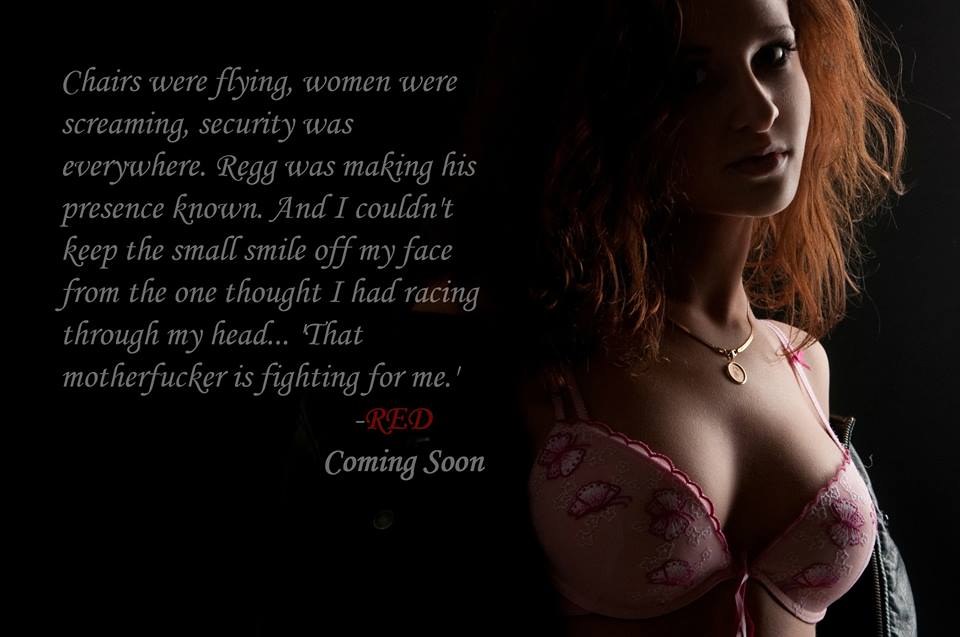 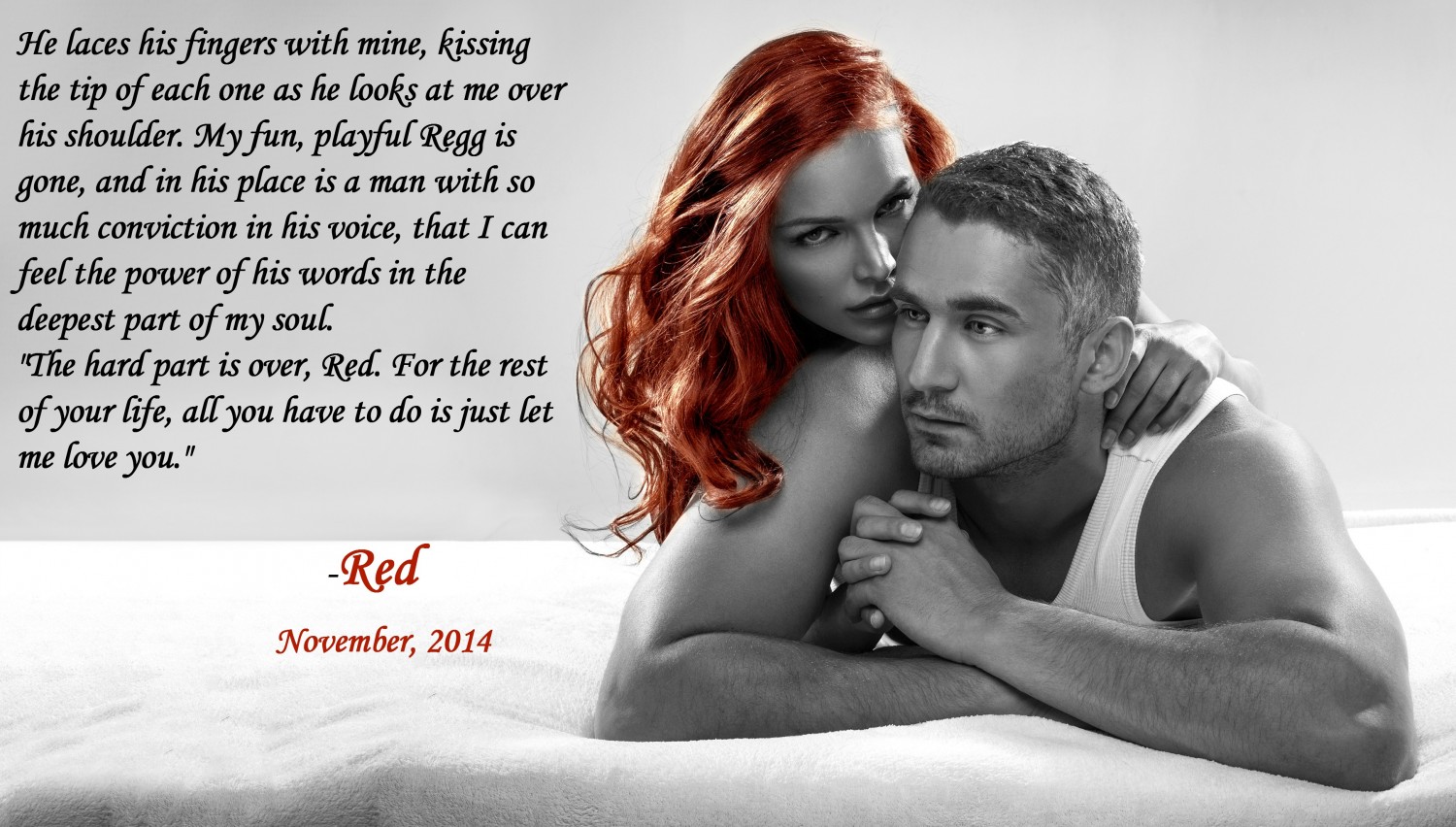 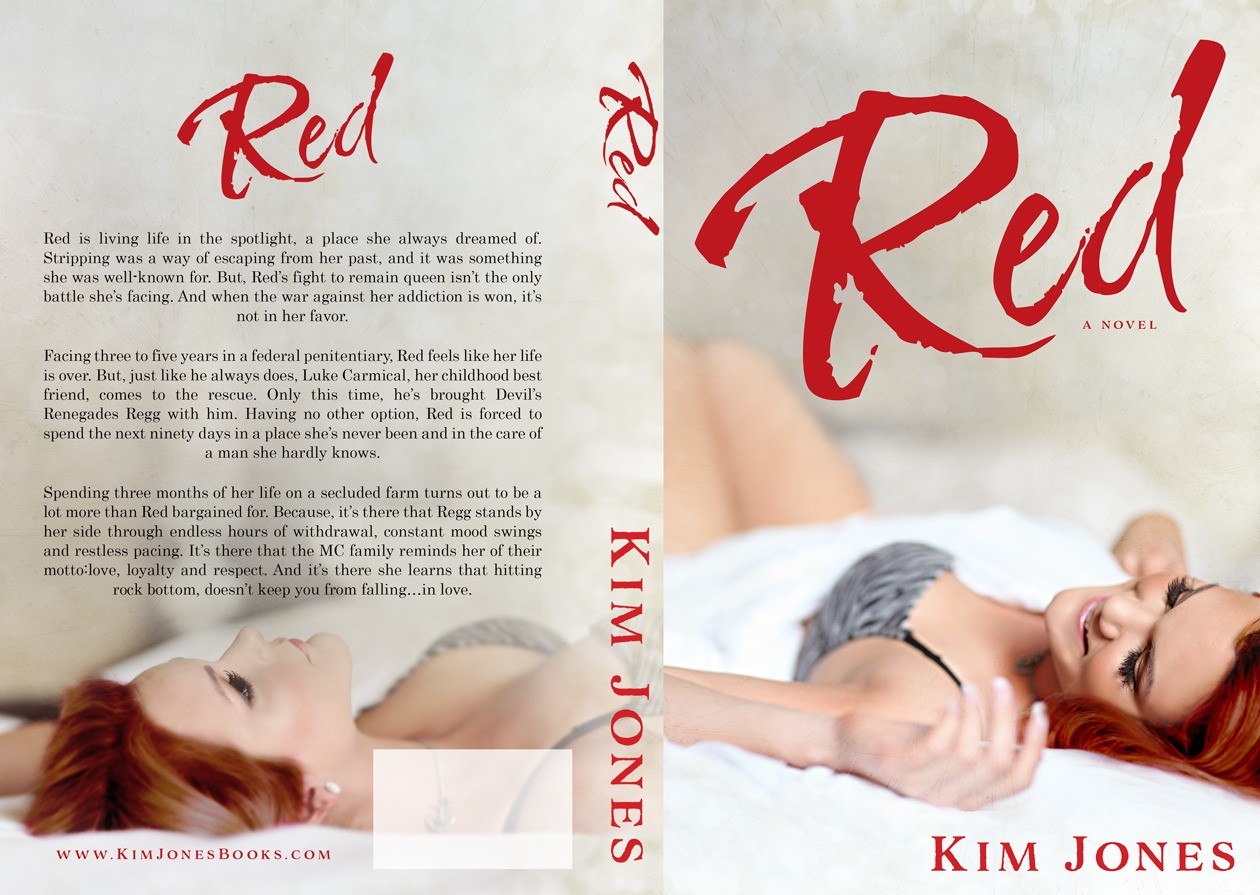 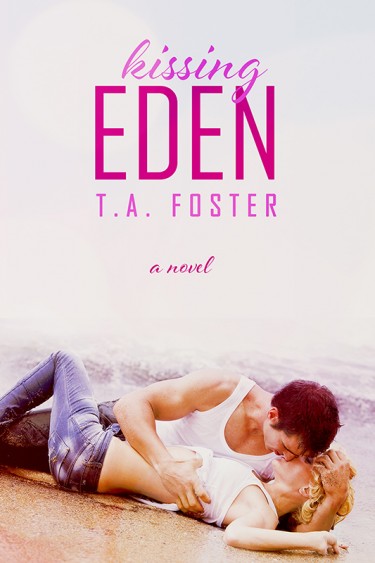