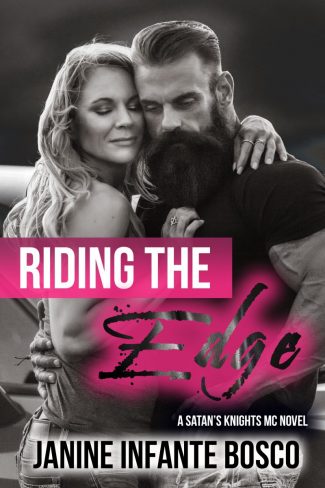 Once in a while, right in the middle of an ordinary life, something extraordinary comes along that knocks you on your ass...

WolfI’m a simple man with simple values. You either love me or you hate me, but the ones who need me, always got me. I’m the self-proclaimed Wolf of the Satan’s Knights MC, the beast who will fight his way out of any dark alley to defend your honor. The brother you call upon when you’ve lost your faith in humanity. However, secrets and lies are the cancer of a man’s soul. Exposed, they will eat away all that is good and leave nothing but destruction in their wake. They’ll prove the best intentions sometimes fail and leave you questioning your life’s choices.Now, searching for a purpose, I find myself facing the ride of my existence with a woman just as jaded as me. As she fights the biggest battle of her life, I want to be the man who stands by her side. The man who ain’t afraid to ride the edge of misery because he knows there is something beautiful on the other side…

MariaI’ve prevailed against the mob, a deadbeat ex-husband and the woes of being a single mother. While someone else may have wished for a different life, I believe I’m stronger for everything I’ve endured. I’m someone who speaks her mind and fights for what is right. A woman who will smack you upside the head with a frying pan and ask questions later. Terrified of love, I’m an otherwise fearless woman.Until a doctor solemnly diagnoses me and my strength falters.Now as fear engulfs me, an unexpected man dressed in leather, holds out his hand.As a woman who never needed anyone, I suddenly need him.His assurance.His strength.His love. 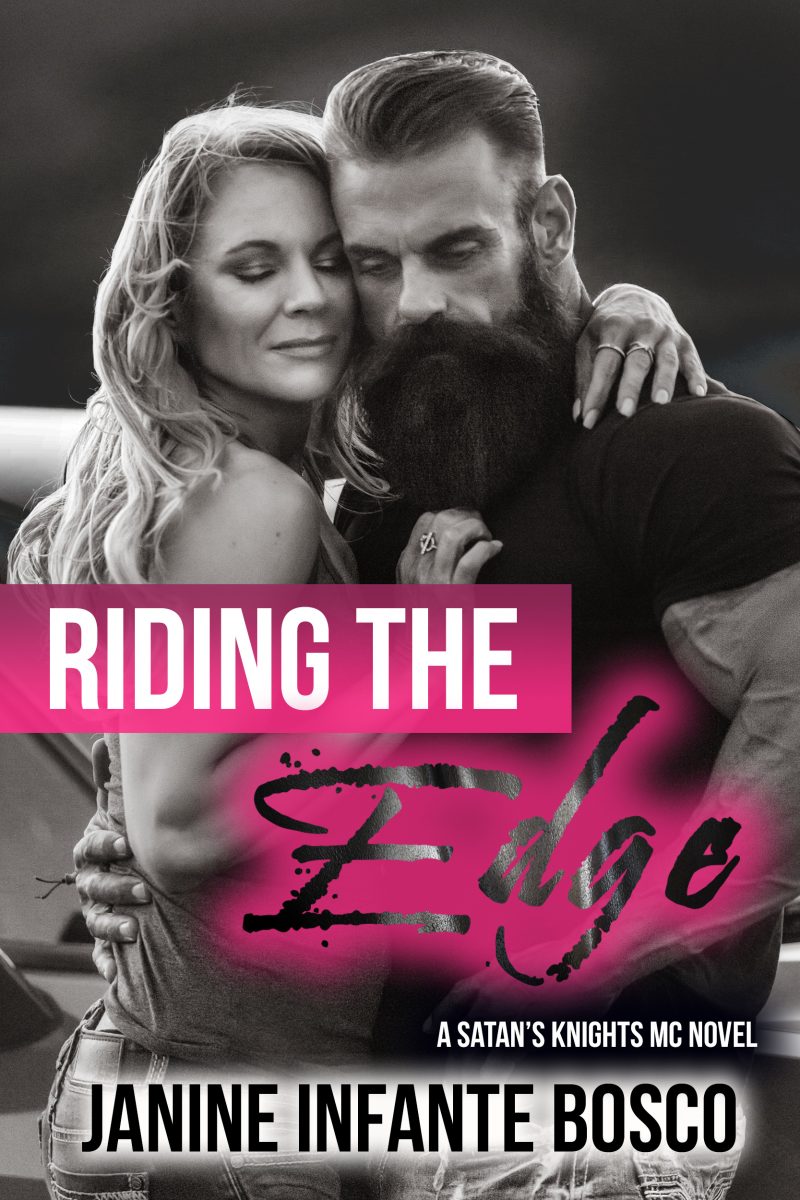 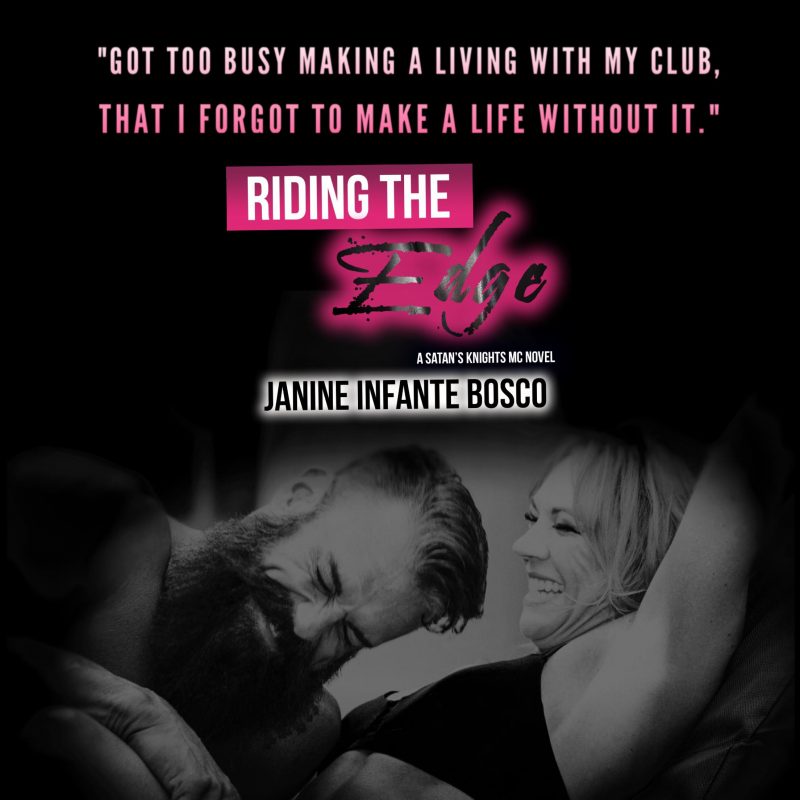 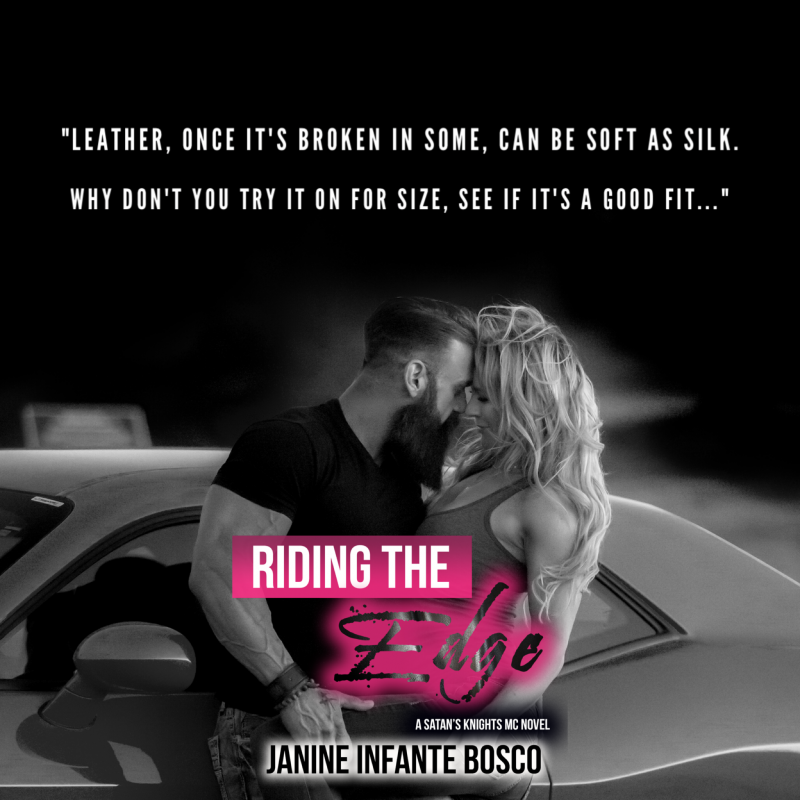 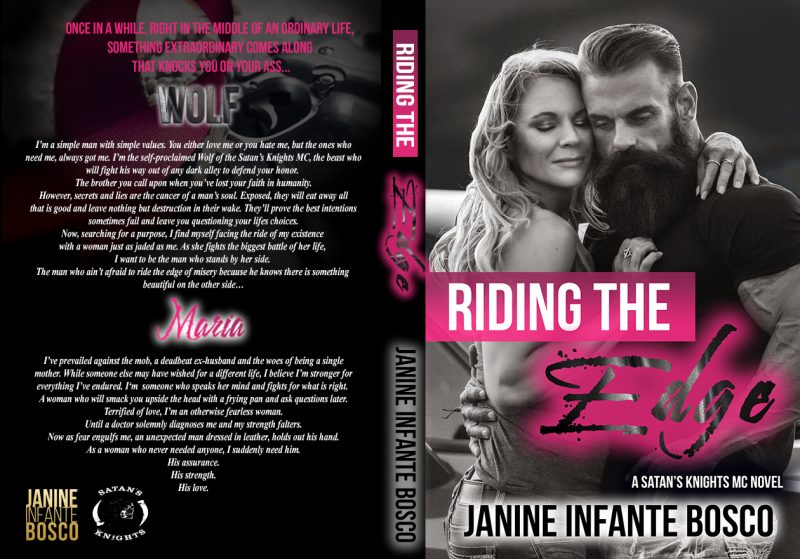 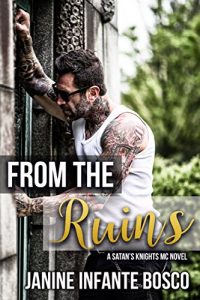 Pipe
In every man’s life there comes a day of reckoning. It’s the day darkness is exposed and sinners are punished for their trespasses.
A day when loyalty is destroyed and a man is left in ruins.
When he walks away from his club and loses his religion.
Whoever said from the ruins they will rise again never walked a mile in my shoes or the pair of red ones I was left holding.

Layla
He’s bitter, cold and angry.
He’s seen his share of heartache.
Lived through tragedy and despair.
He’s my neighbor.
The man I know should stay away from.
The man who will destroy what’s left of me if I get too close.
He’s Lee Jameson, and I’m Layla Milano.
This is our story.
The story of two people left in ruins forced to rise again. 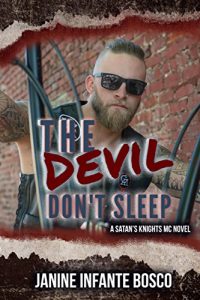 Sometimes we must let go of what was, appreciate what remains and fearlessly embrace what comes next.

Bas
Born to a family of outlaws, I was destined to ride with the Satan’s Knights MC. With mayhem and havoc in my blood and chaos living deep in my soul, I learned the Devil don’t sleep. You never hear him creeping and he often comes disguised as everything you ever wanted.

I was just teenager when he first showed, masquerading as the girl of my dreams. A whiskey shootin’ spitfire who knocked me on my ass and helped me turn the town upside down. The girl who stole my heart with her smile and never gave it back. The same bitch who ruined me and turned my blood to ice.

It’s been six years since I turned my back on Mac, my family and my club. I’ve pushed her to the back of my head, wrote everyone off and damned the Kentucky charter to hell. But, where God built a church, the Devil built a chapel.
Now, her life is on the line and its clear I’m still a sucker for her gorgeous chaos because I’m the one riding to her rescue.

Mac
I often dreamed what it would be like to stare into Bas’s blue eyes again. To hear his raspy voice whisper his love for me and feel his strong arms around me. After all, it’s always been in his embrace that I felt the safest.
In my dreams, he abolishes my sins and forgives me for breaking both our hearts.
But this is no dream.
I’m running from a nightmare and the one running with me, looks at me with enough anger to burn the world to ash.
Once upon a time, we were in love.
Once upon a time, it was us against the world.
Once upon a time, he didn’t look at me and see the Devil.
If only he knew the truth.
If only he knew the Devil was a broken angel with tattered wings.
An angel who sacrificed her heart and soul for him.

Cover Reveal: The Other Brother by Meghan Quinn