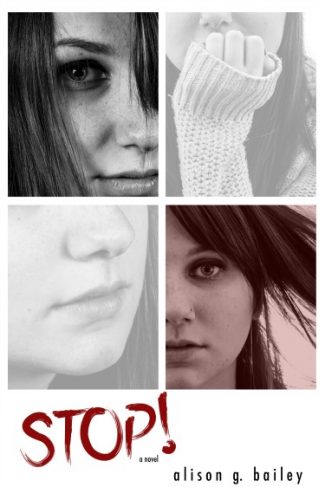 Every life has a different path full of sharp turns, smooth curves, and steep drop offs.

Hollis Murphy has a plan—college, career, boyfriend, love, marriage, family. A predictable, normal life. She’s on track until an outside force causes her to crash and burn. They call it an accident, because that’s the only word they know to explain what happens to her. It helps everyone move on with their lives, except for Hollis. She holds on to the belief that she’s been targeted for a reason.

Risher Stevenson is intelligent, caring, sweet, and the hottest boy Hollis has ever laid eyes on. He fits perfectly into her original plan for a normal life. Everyone loves him.

Benton Daniels is intelligent, caring, sweet, and the bravest boy Hollis has ever met. He doesn’t fit into her life but gives it purpose and makes it extraordinary. Everyone hates him.

One is bullied. One is tormented. All are judged. How will it STOP? 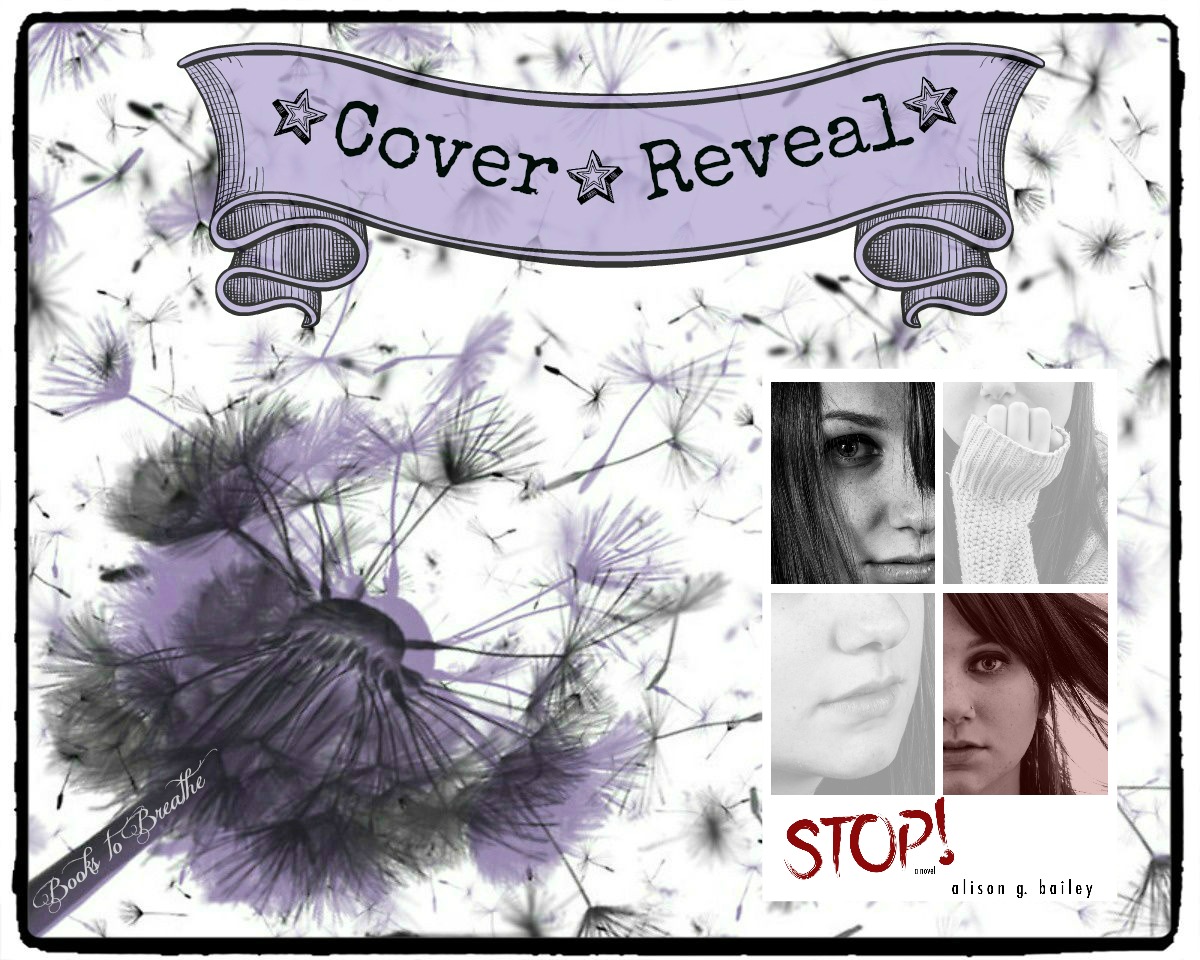 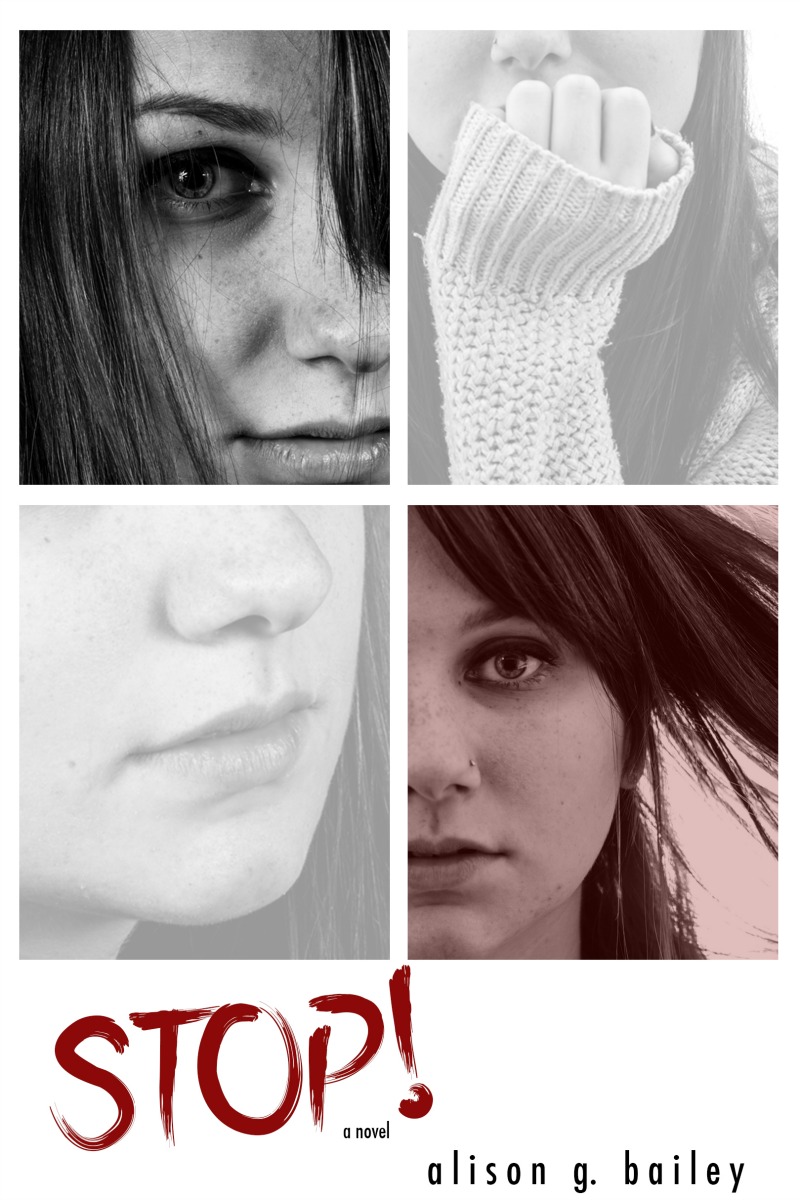 The air was filled with the energy of the new school year. Hellos, goodbyes, laughter, and questions swirled around me. New friendships were already being formed and old ones reunited.  The pair of flip flops in front of me moved forward, so I followed. After fifteen minutes of the shuffle ‘n stop, I reached the check in desk. An older lady with short salt and pepper hair sat slightly hunched over, partially blocked by a large stack of thick manila envelopes. Never looking up, she recited a generic Welcome to Chambers spiel. All the noisy activity made it hard to hear every little thing the woman said. Her gaze and eyebrows lifted as she stared up at me.

Not sure what to do, I gave her a weak smile and waited for instructions.

I was so flustered that for a second I’d forgotten who I was. “Hollis Murphy.”

She scribbled something on a spreadsheet and handed me a packet with my name and the number two hundred ten typed out on sticker, which I assumed was my room.

In a flat bored voice, she said, “Everything you need to know is in the packet. Should you have any additional questions or needs after reading the information, please ask your RA. Have a productive semester. Next!”

Clutching the envelope to my chest, my gaze shifted back down, and I walked quickly out into the hall.

As I turned the corner, a loud deep “woot!” jerked my attention down the hall. I took one step before crashing full force into something solid and warm. I stumbled back, dropping the envelope. When my balance returned, my gaze shot up to see a gray T-shirt with cut off sleeves, stretched across broad shoulders. Glancing down in search of my envelope, I couldn’t help but spot the narrow hips and round ass covered in black basketball shorts. As I squatted to pick up the envelope, a tanned forearm came into view. My gaze roamed up to find the arm was covered in bulging muscles.

As I reached for the envelope, my gaze inadvertently shot up to the warmest green eyes ever created. His dark brown hair was cut short on the sides, longer on top, and tousled. The perfect amount of scuff peppered his strong jawline with deep dimples framing a sexy lopsided smile. The air was immediately sucked from my lungs. He wasn’t just hot, he was boy band hot.

A deep chuckle drifted down before I realized he had stood up and was extending his hand to me.

Oh boy! I get to touch him!

I slipped my hand into his and felt an immediate jolt of electricity. The muscles in his arm twitched.

He felt it too.

He was actually introducing himself to me.

It had become automatic for me not to look directly at anyone, especially a stranger. Usually, I’d angle my head down and to the right in order to hide the messed up side of my face. But, those green eyes locked me in place.

“Nice to meet you Hollis Murphy.”

“Sorry again about running into you. I need to do a better job at watching where I’m going.”

The tip of his tongue slipped between his lips before they formed into a slight smirk. Just as he was about to speak his name came barreling down the hallway.

“Rish! Get your ass down here. We’ve got a ton of boxes to haul in.” A blonde haired guy stood at the end of the hall.

“I gotta go finish helping my friends move in.”

Risher took three steps before turning back toward me. “Don’t do too good of a job.”

My eyebrows squished together in confusion.

“At watching where you’re going. I hate to think I won’t get rump bumped again.”

He tossed me a wink before jogging away.

I Sasquatched those shoulders, those hips, and that ass all the way down the hall. 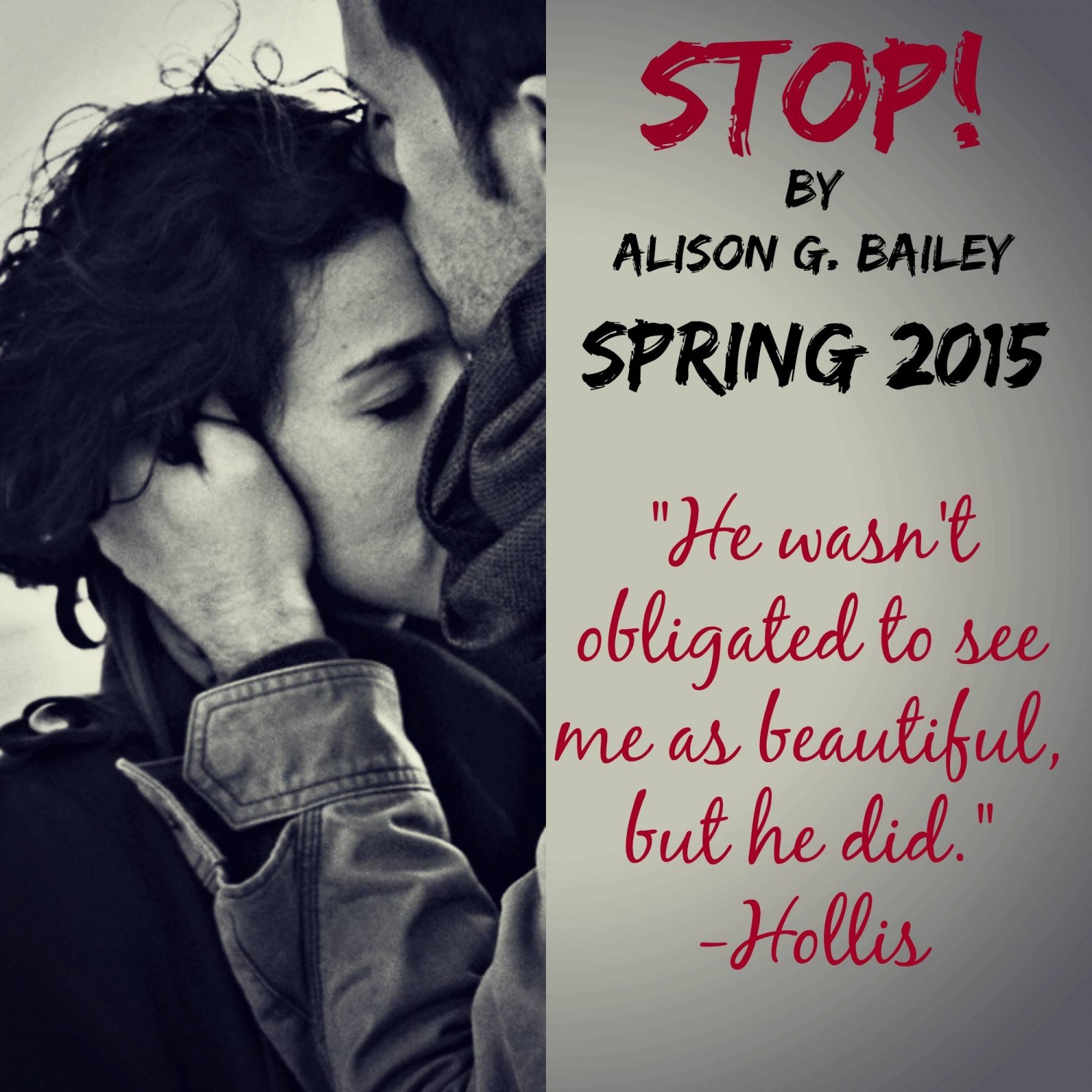 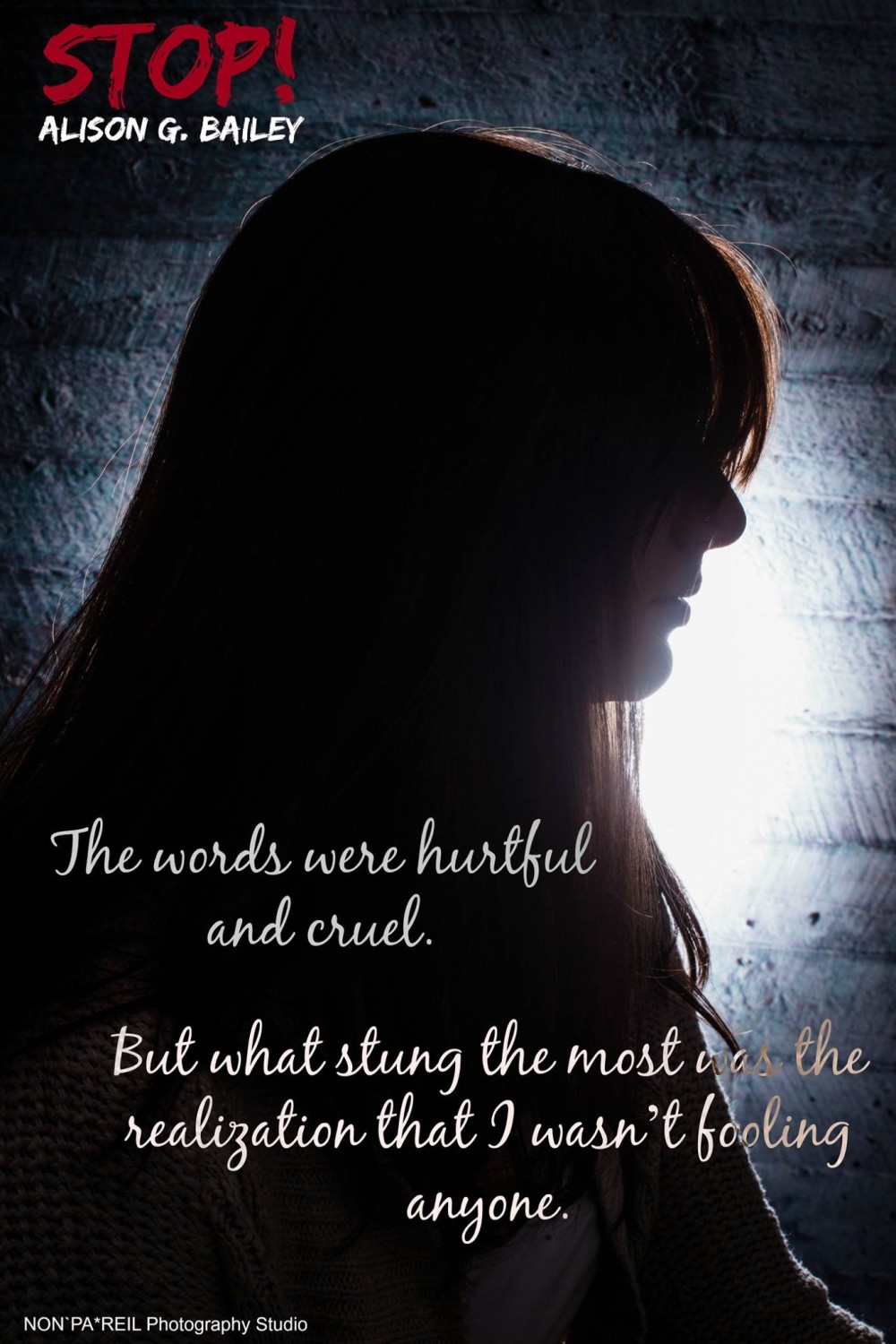 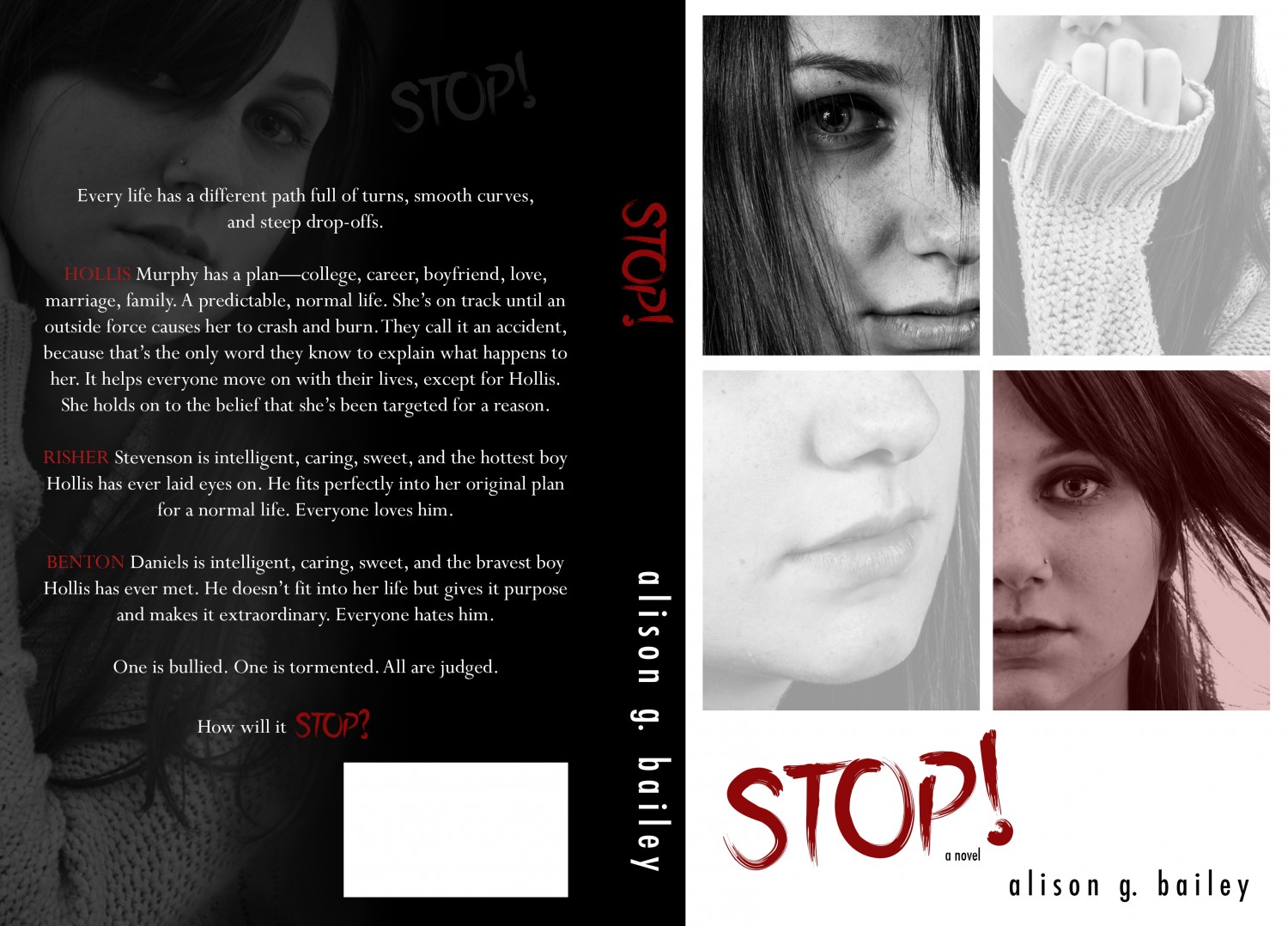 Alison G Bailey is an award winning, Amazon, and International bestselling author living in Charleston, South Carolina. At the age of ten she discovered her inner author, rewriting scenes from her favorite TV shows and movies. Alison wrote and produced several stage plays before turning her sights on the book world. Under the influence of large amounts of Diet Pepsi and her Spotify playlists, Alison writes thought provoking, emotional stories, full of love, and romance.