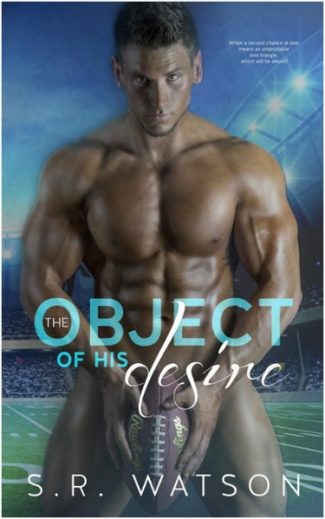 Sometimes life presents us with inexorable pain and formidable choices. Nevaeh Hewett knows this struggle of duplicity well. Her mother was diagnosed with stage-three lung cancer during her sophomore year of high school. Without family to lean on during this difficult time, the world comes crashing down around her. Sometimes comfort comes from where you least expect it. In this instance, it comes in the form of Landon Blake—the school’s star quarterback. He becomes her rock as she deals with her mother’s sickness. Their love blossoms, until circumstances force Nevaeh to make a difficult decision. She chooses a path that is at odds with her morality, but is a path that is necessitous. She is forced to walk away from her one true love, thus getting reacquainted with the pain.

Two years later marks the chance for a new beginning— or so she thinks. After Nevaeh’s mother loses the battle to cancer, her best friend insists that she joins her at FSU. This is a chance to start a new chapter in life so she accepts. She isn’t ready for the introduction to her new roommate Thor. He is cocky, gorgeous, and taken by their other roommate Giselle. Unbeknownst to the others, Nevaeh and Thor share a secret. Sparks fly as these three embark into a love triangle like no other. When all of the secrets and lies are out in the open, which will be the object of his desire? 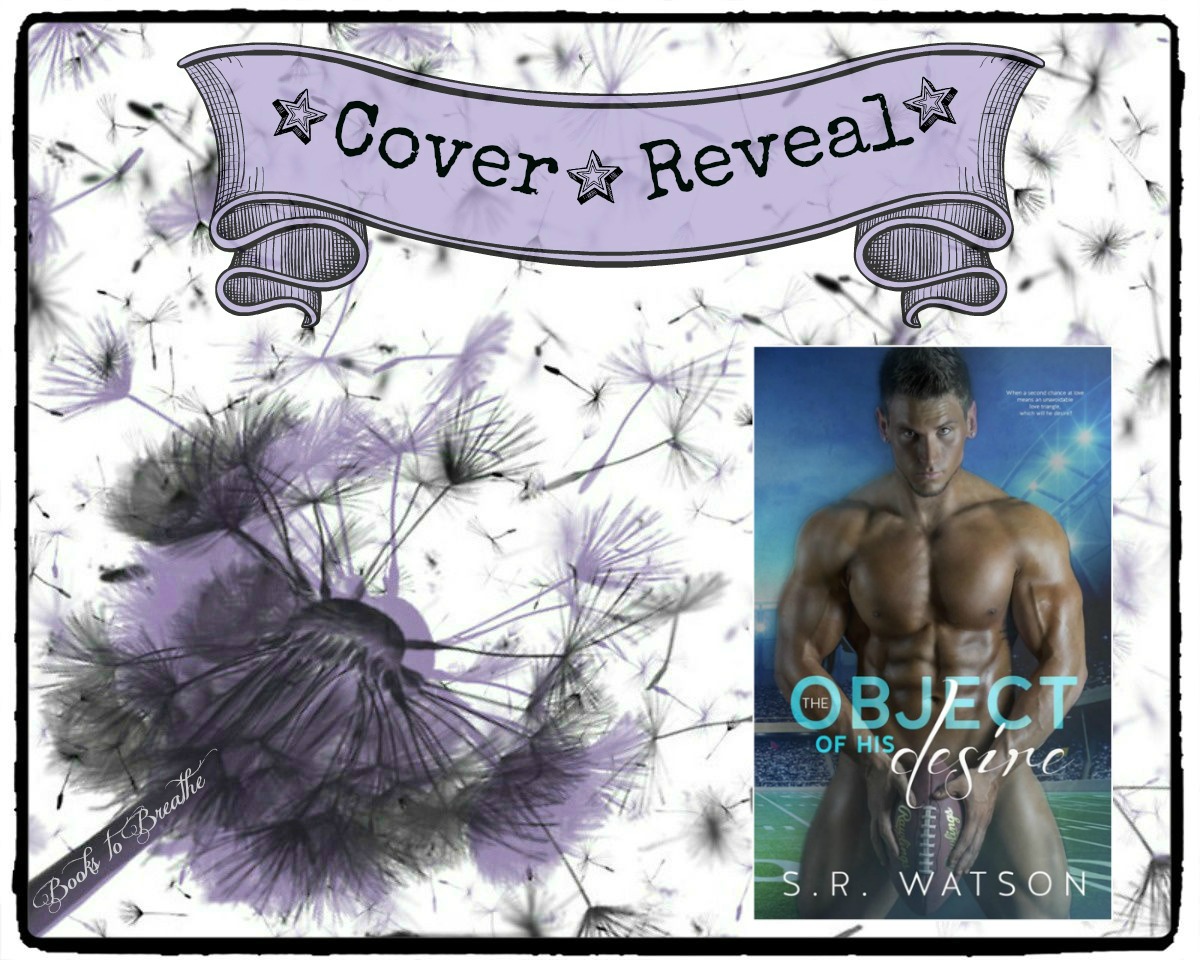 The Object of His Desire by S R Watson 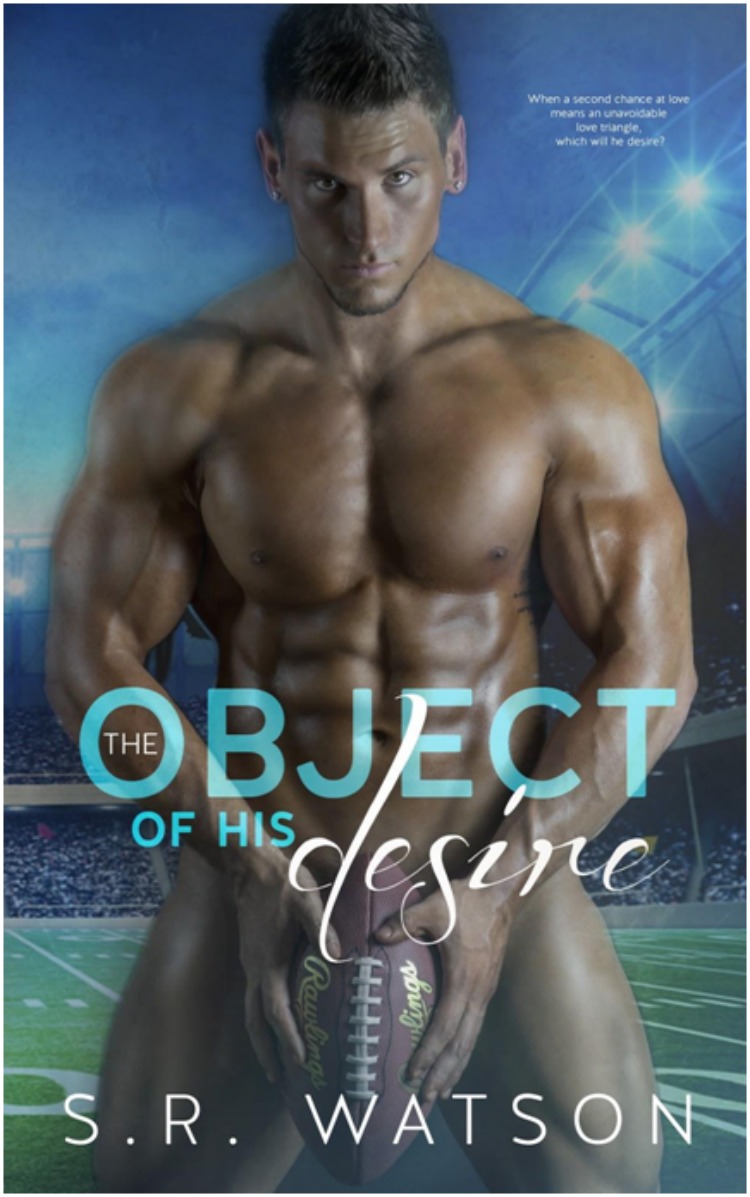 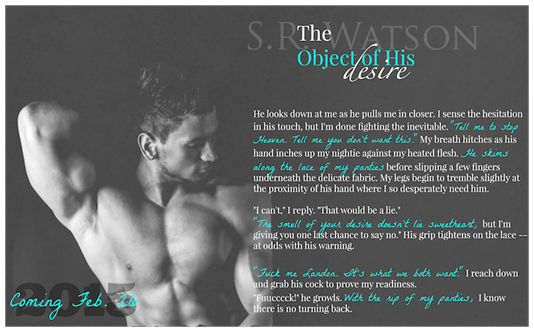 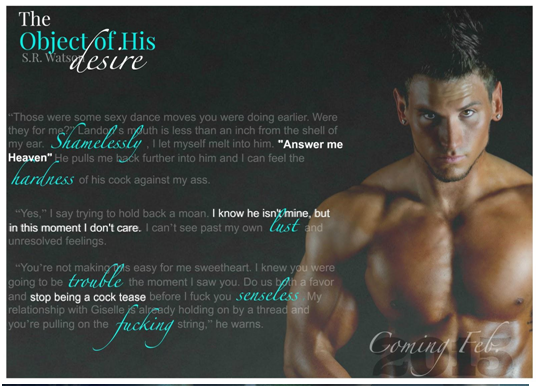 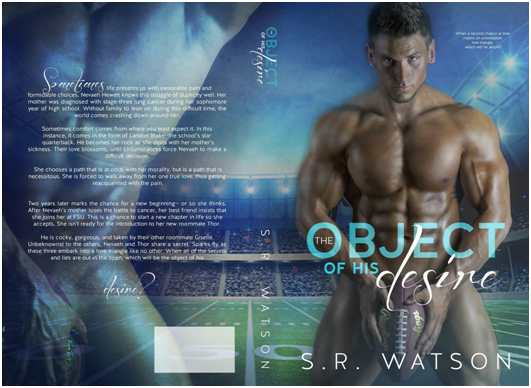 S.R. Watson is a Texas native who resides in Houston with her husband and four children. She is an operating room nurse who has evolved into an author of Erotica and New Adult. She grew up reading the Sweet Valley Series (Twins, High, & University) among others. Back then she would use notebook paper to create stories and cut pictures out of her mother’s JC Penney catalogs for the characters she wanted to portray. She ventured away from reading and writing stories when she left home for college to pursue her BSN and then MBA, but picked up reading again in 2012. Her love for the stories written by her favorite indie authors made her decide to pursue own dreams of writing. Her novel Forbidden Attraction (Forbidden Trilogy) is the start of this journey and she looks forward to sharing it with everyone.

When S.R. Watson is not writing, she likes to read, listen to various genres of music, make handmade natural soap, and travel. She is down to earth, loves a nice glass of wine, and is addicted to watching the television series Scandal.