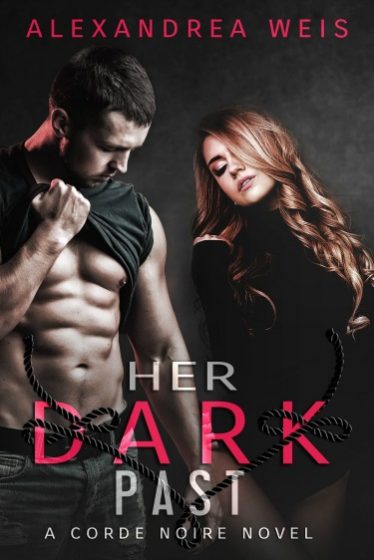 Brynn Adler is a writer with a unique ability
—everywhere she goes, images of the past haunt her.

After taking over the estate of her murdered
ex-husband, Nathan Cole, Brynn is at the center of a mystery. A mystery the ruthless members of the Corde Noire Society want solved.

Sent to discover Brynn’s secret, Declan Corinth
plans to arouse her former submissive ways. There’s just one problem … he knows nothing about being a Dom. If Declan doesn’t get what the Corde Noire requires, Brynn Adler could become its next victim. Can he win her trust in time? The clock is ticking.

To uncover the past, embrace the darkness. 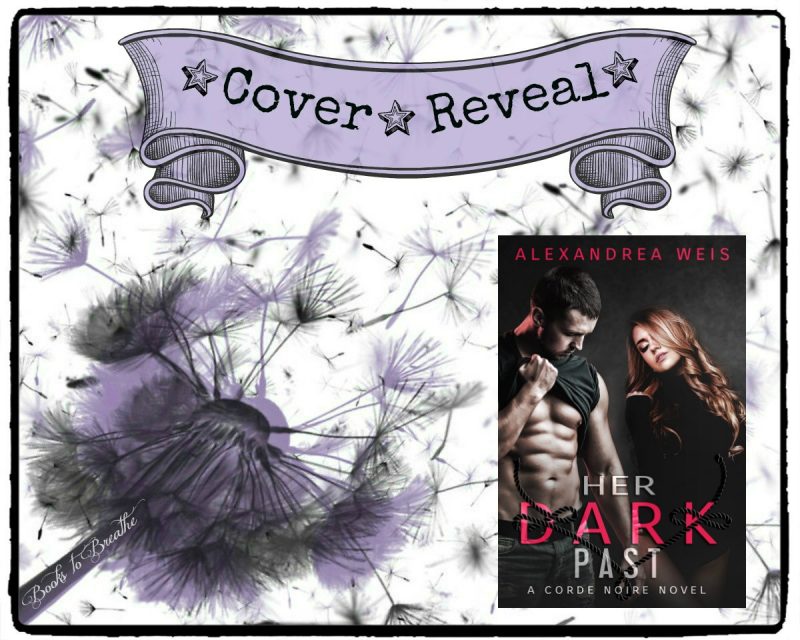 Title: Her Dark Past 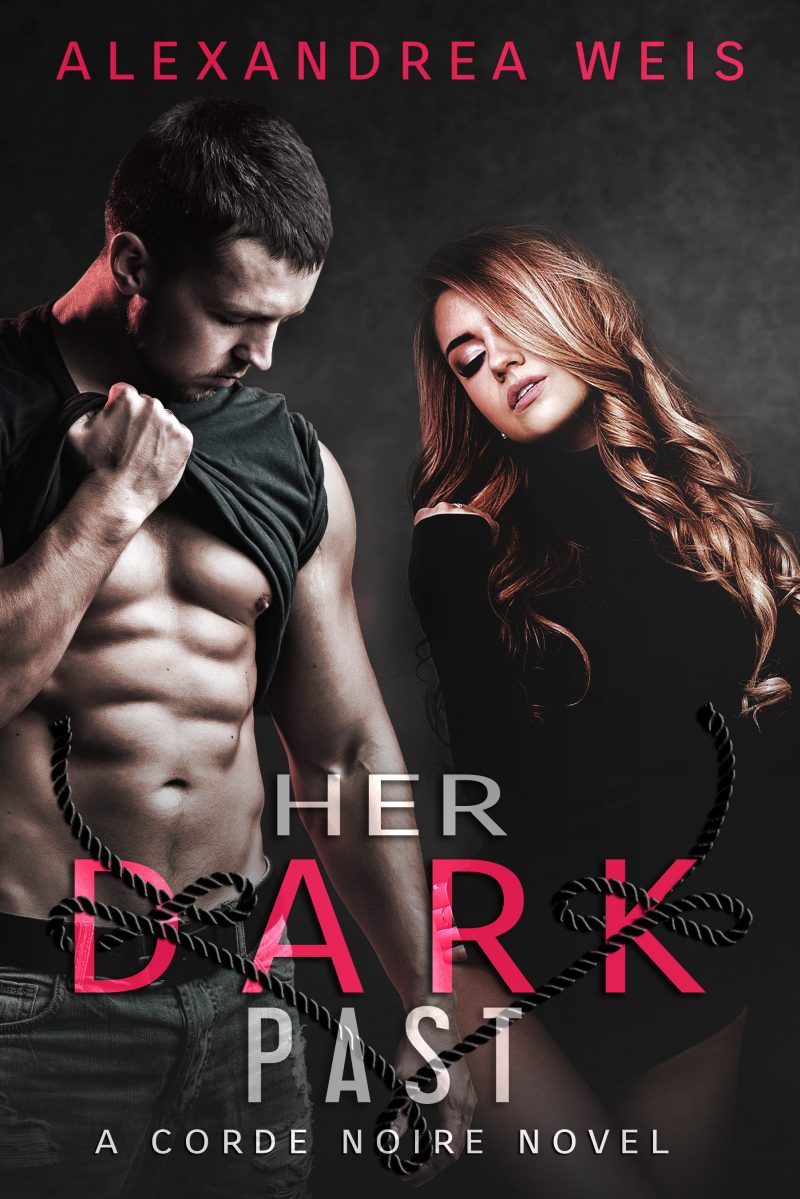 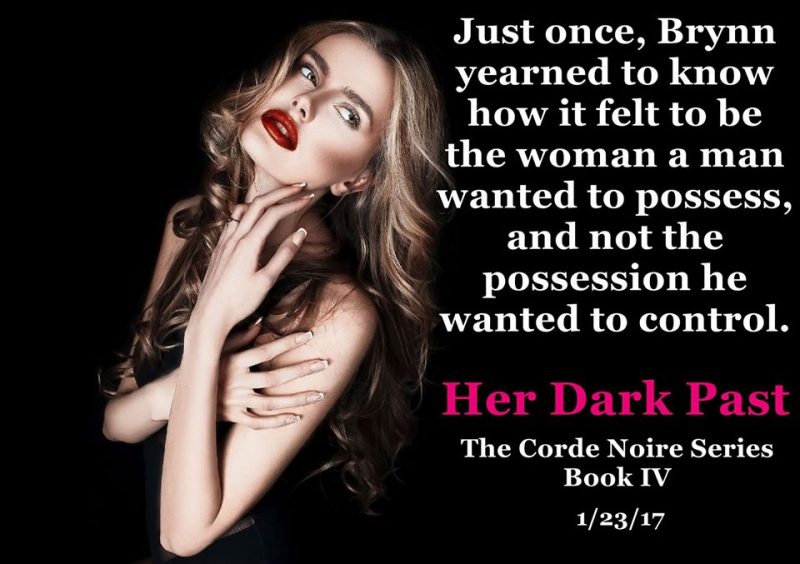 In the back of the Mercedes, Brynn was wiping the raindrops from her face and neck when the rear passenger door flew open and another person scooted inside.

She almost screamed for her driver when she saw the man in the sharply cut black suit slide into the seat next to her. His riveting blue eyes fixated on her, and Brynn’s mouth dropped open.

“Well, well, Brynn Alder,” he said in a voice akin to honey. “I thought that was you. Forgive the intrusion, but I have wanted to meet you. I’m Declan Corinth.” He held out his hand.

Brynn stared at his hand as if it was a nuclear missile. What in the hell is he doing here?

When her eyes rose to his face, his good looks made her mouth go dry. With black wavy hair and sharp blue eyes, he was even sexier than his portrait. Declan’s features were sharp, but his nose was a little flat and his chin somewhat small compared to his square jaw. He had thin lips that complimented his looks. Just the idea of kissing those lips made Brynn want to—

While holding her hand, his eyes examined her face, sending a tingling sensation up from Brynn’s toes.

He kept a firm grip on her hand. “I have several associates who are ardent admirers of the lifestyle.”

She yanked her hand away. “By associates, I take it you mean Ren and his little society.”

“Ren is a business associate, Ms. Adler. As for his society, I’m familiar with it.”

She sat back in her seat, studying Declan’s compelling features. “How did you end up in one of his portraits?”

He hiked up a dark eyebrow, his eyes brimming with amusement. “You’ve seen the painting? And what did you think?”

“Ren told me a local businesswoman commissioned it. She was apparently quite taken with you.”

“Mabel Bergeron was more than taken with me. She was obsessed.”

Declan’s soulful chuckle resonated in Brynn’s groin, and then she was struck by the name.

“Mabel Bergeron? But she ….” Her voice trailed off, afraid to say what she was thinking.

“She owns a bondage club in the Garden District.” Declan sat back in his seat. “Your ex-husband was a frequent customer of hers. We met at Mabel’s club.”

A cold realization settled over Brynn. Declan Corinth was a player—a Dom. How else would he know about the bondage club Nathan had belonged to, or be friends with Ren Plancharde?

“I should go. I’m keeping you from your meeting with Ren.”

“Nonsense.” Declan motioned for Bob to start the car. “I’ll see you back to The Shallows. You shouldn’t be alone today.”

“You know where I live?”

“I heard you took over Nathan’s old penthouse.”

Brynn’s reservations mounted as the engine roared to life. “No, Bob, wait,” she called. “Mr. Corinth was just leaving.”

The shock in Declan’s blue eyes was entertaining. She suspected that, being a Dom, he wasn’t used to having a woman tell him what to do.

With a curt nod, he reached for the car door and then glanced back at her. “Can I ask you a question?”

His voice reminded her of a dark whiskey. Smooth, soulful, and reaching down to her—

He shimmied closer to her. “It’s Declan, not Mr. Corinth.”

Her toes were tingling again. “What would you like to know?”

“How do you get ideas for your stories? They seem so real.”

Brynn shook her head, convinced that he was baiting her. If he was an associate of Ren’s and knew Nathan, then he must have known of her past.

“A writer never divulges where she gets her inspiration.” Brynn smugly sat back in her seat.

The surly grin he gave her damn near knocked her to the car floor. He was even more devastating when he was angry.

Declan shoved the card door open. As the sound of the rain hitting the sidewalk drifted into the car, he said, “We’ll see each other again, Ms. Adler.”

Brynn just smiled and waited for him to leave.

He bounded into the pouring rain and slammed the door closed. Brynn sank into her cold leather seat as he jogged through the open gate and into Ren’s pristine courtyard.

“No, we will not see each other again, Mr. Corinth.” She rocked her head back and closed her eyes. “That would be very dangerous for me.” 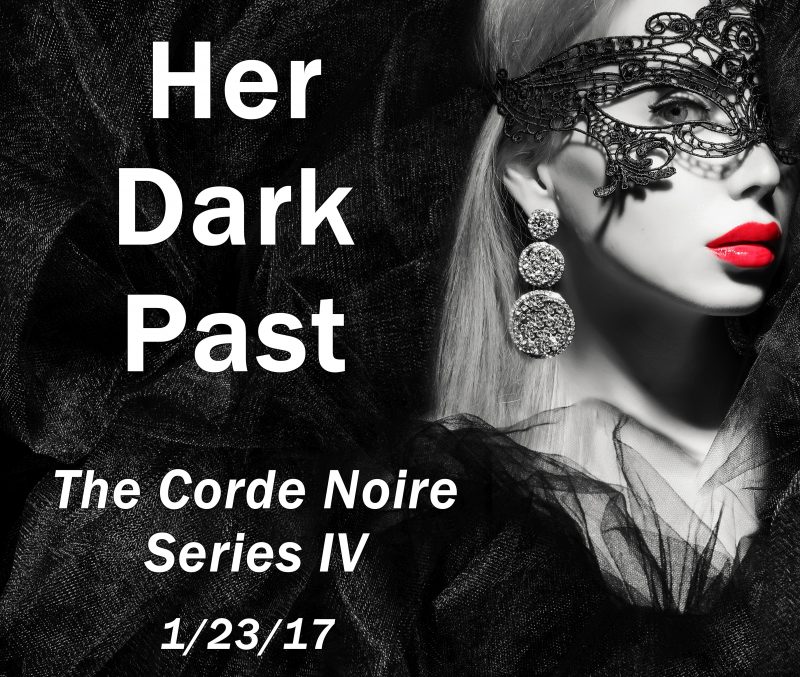 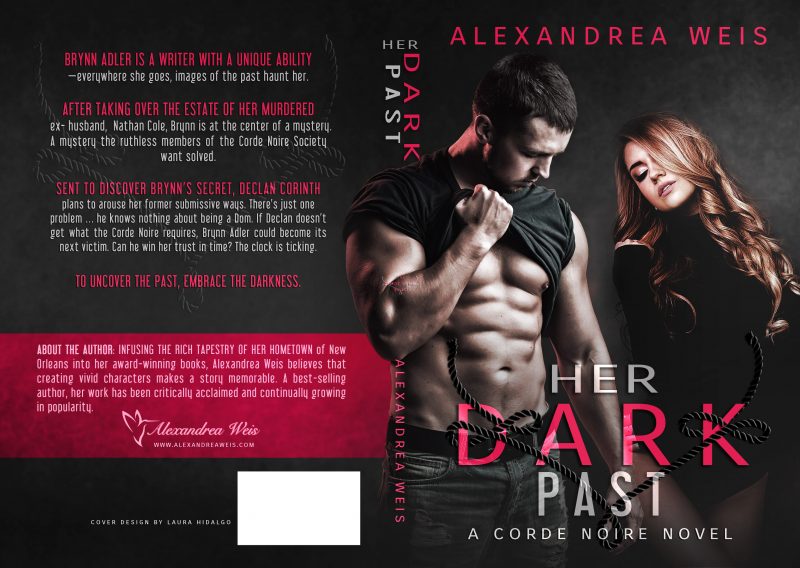 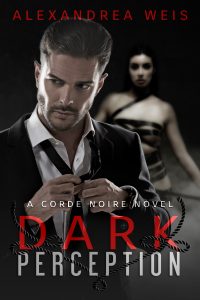 Born with a gift,

Melinda Harris can see visions of the future.

Nathan Cole is the man who wants

to possess her and her power.

A member of the elite Corde Noire Society,

Nathan introduces Melinda to his dark world of pleasure and pain. At first, Melinda likes what Nathan teaches her, but then she discovers the terrible secret her handsome Dom is hiding.

Nathan has plans for her beyond his

bedtime adventure. He wants her to make her his… completely. 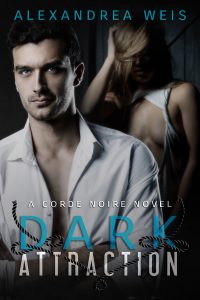 Sam Woods has a secret.

She keeps it hidden from the world… the world of the living, that is.

When Doug Morgan moves into her

apartment building, Sam is intrigued by her sexy new neighbor. She struggles to keep her ghostly ability from him, but Doug isn’t interested in her spiritual sense. He’s after something much more… sensual.

A Dominant with dark tastes,

Doug offers Sam a glimpse into his world. He invites her to take part in an experiment to explore the extremes of pleasure. Seduced by his lifestyle, Sam agrees.

Doug also has a secret. Someone Sam never saw coming. Sometimes, the dark side of pleasure can turn deadly. 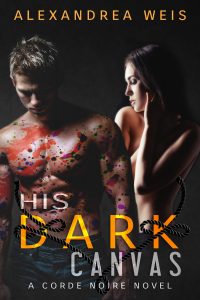 Ella Winston is a talented chef with a problem

Hired to cook for the artist, Ren Plancharde,

she struggles to keep her ability under wraps.

activities, the eccentric painter offers Ella a glimpse into his world of pleasure… and pain. Intrigued, he decides to make Ella a part of his sinister Corde Noire Society, but his chef isn’t quite ready to commit.

Absolute submission isn’t all Ren wants from the

stubborn woman. He has big plans for her gift, too. The only question is… will Ella be willing to give in to his desires when the time comes?

The darkness within can hide a lifetime of secrets.