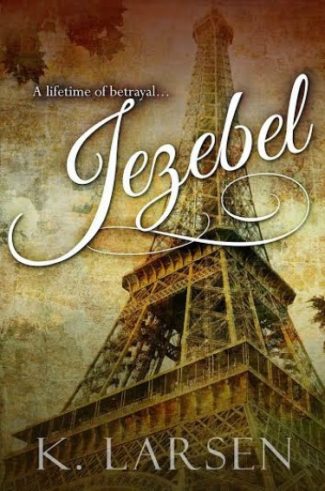 30 years of affection.
10 years of soul shattering love.
8 years of happy employment.
2 months of turmoil.
1 week of truth.
A lifetime of betrayal.

Would you have seen it coming?

Annabelle Fortin is jaded. After landing herself in a bit of trouble, she's mandated to community service at an assisted living facility for early onset dementia. There she meets Jezebel, one of the residents and they strike an unlikely friendship.


This is the story that unfolds over the course of Annabelle's court ordered six month sentence.
Who you trust is everything, yet nothing is what it seems in this domestic noir, psychological thriller. 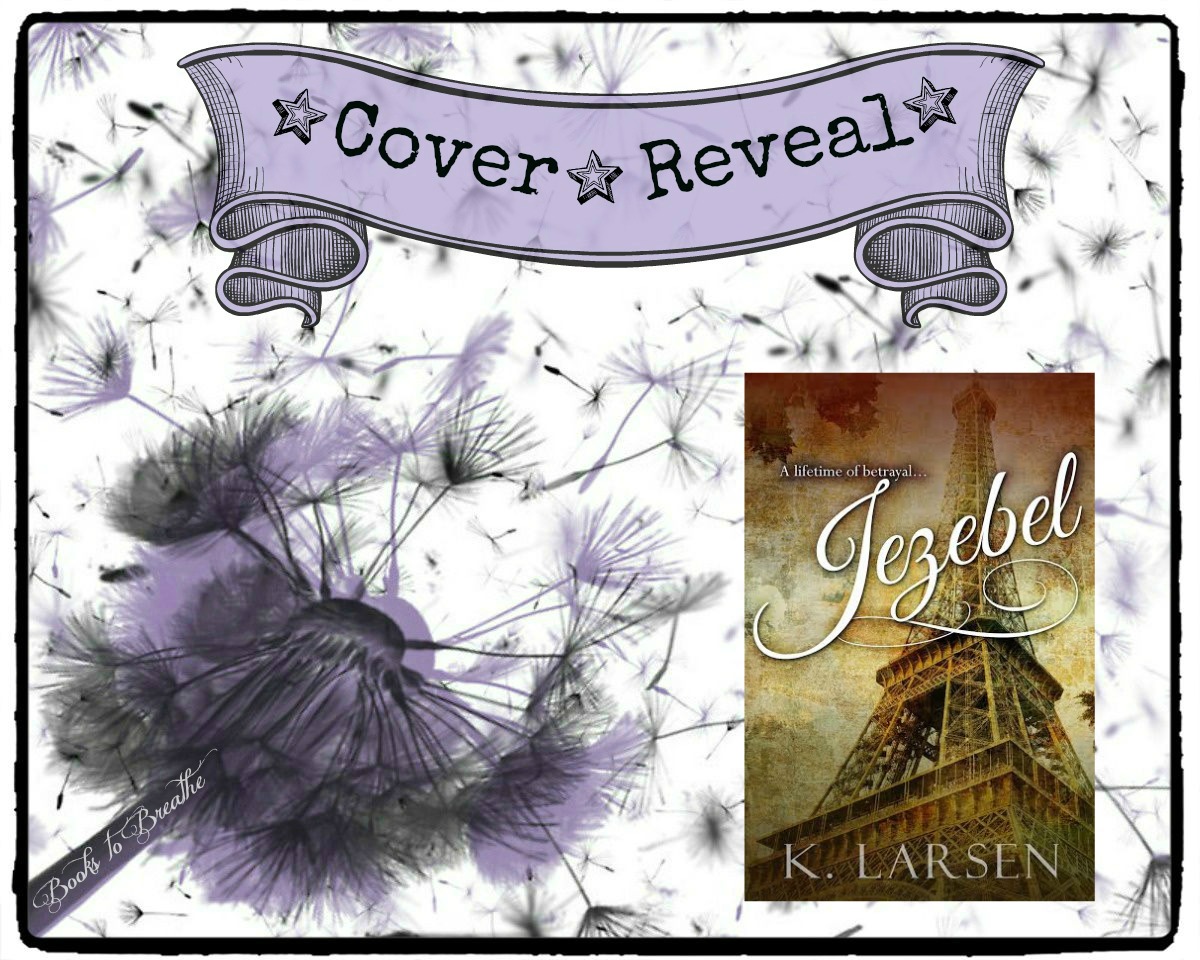 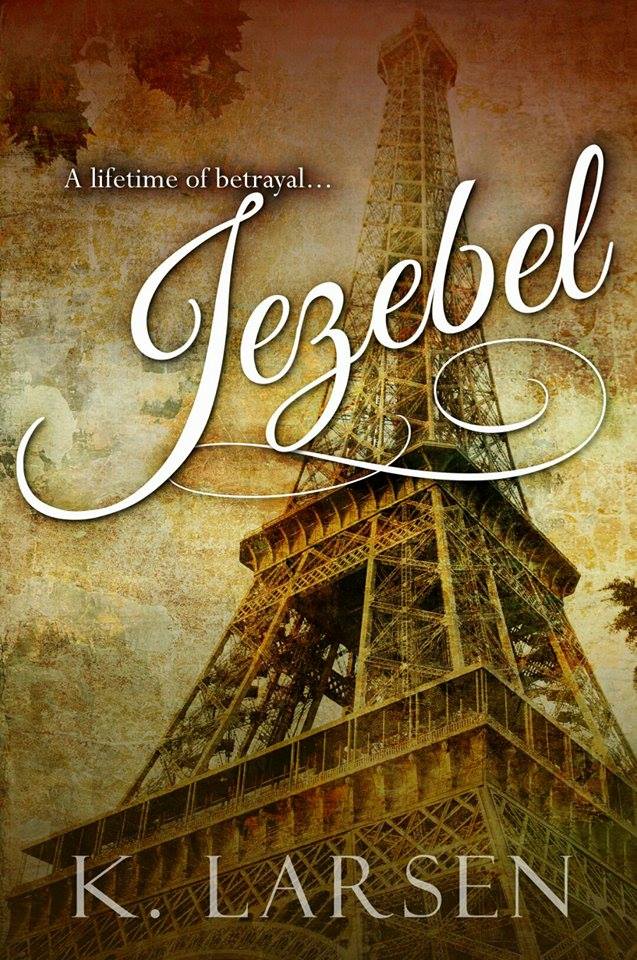 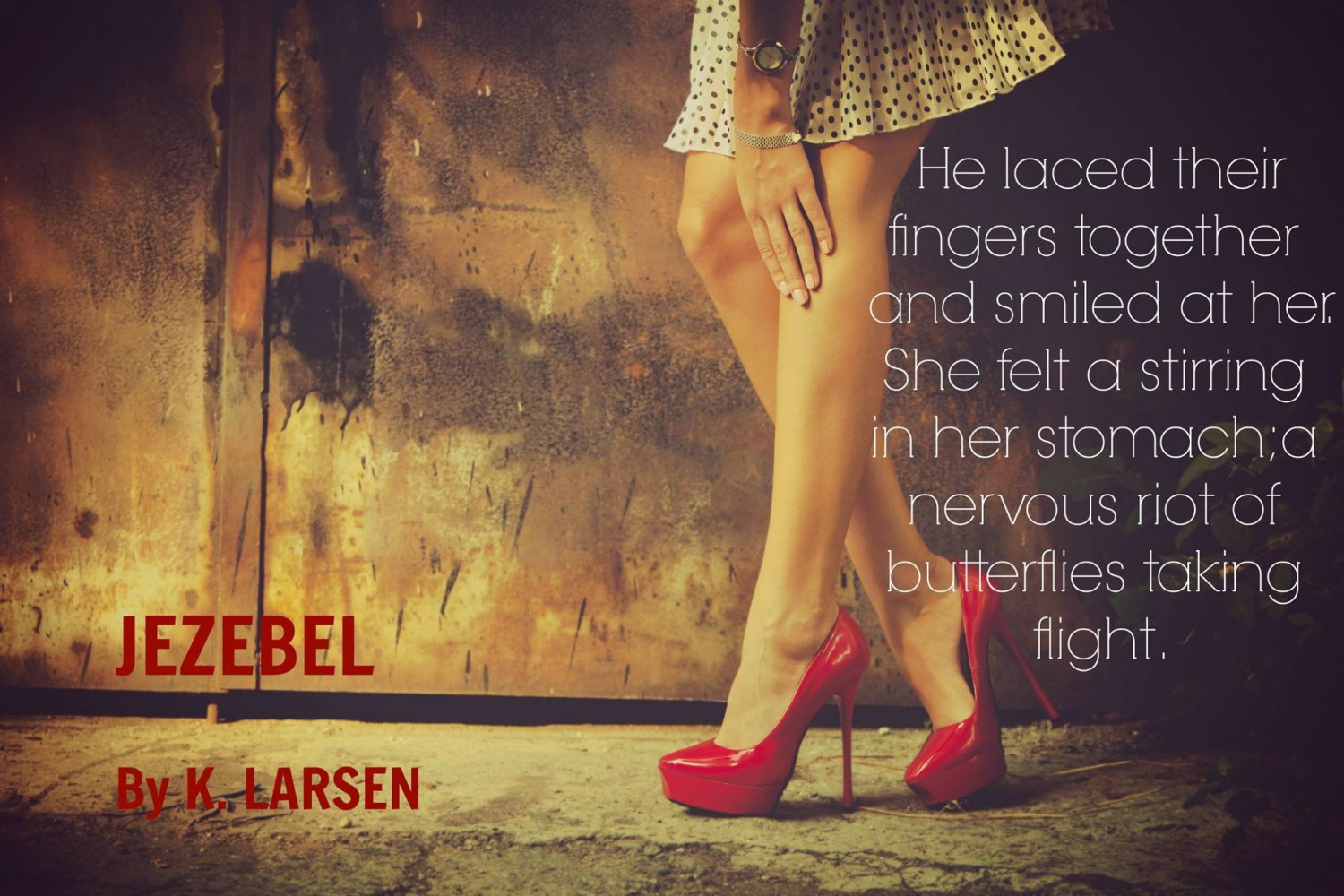 From now until release day (June 5th) you can Pre-order Jezebel!

After you do, fill out this form.

Once Jezebel releases this offer will be over. The prequel Lying in Wait releases July 6th. 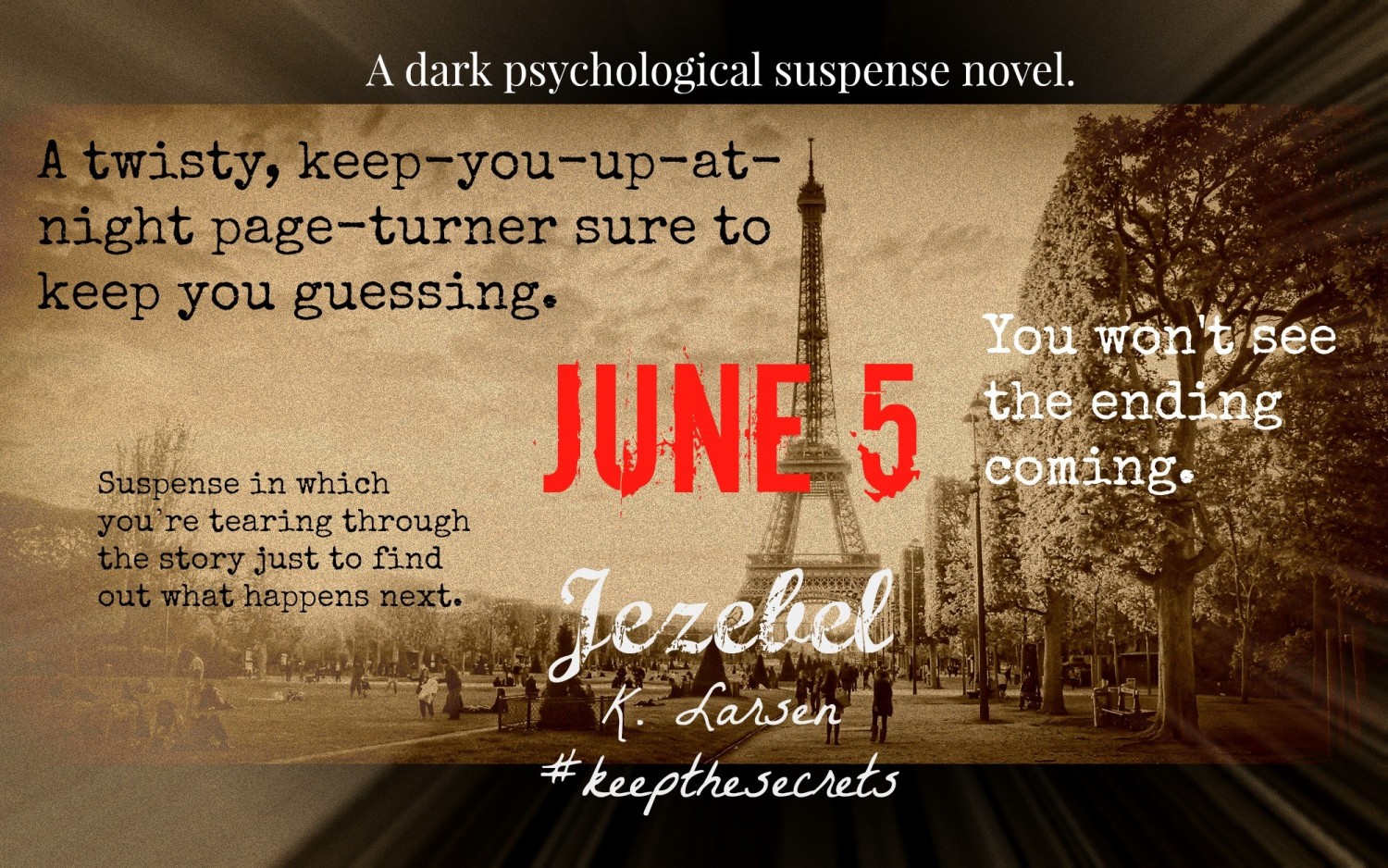 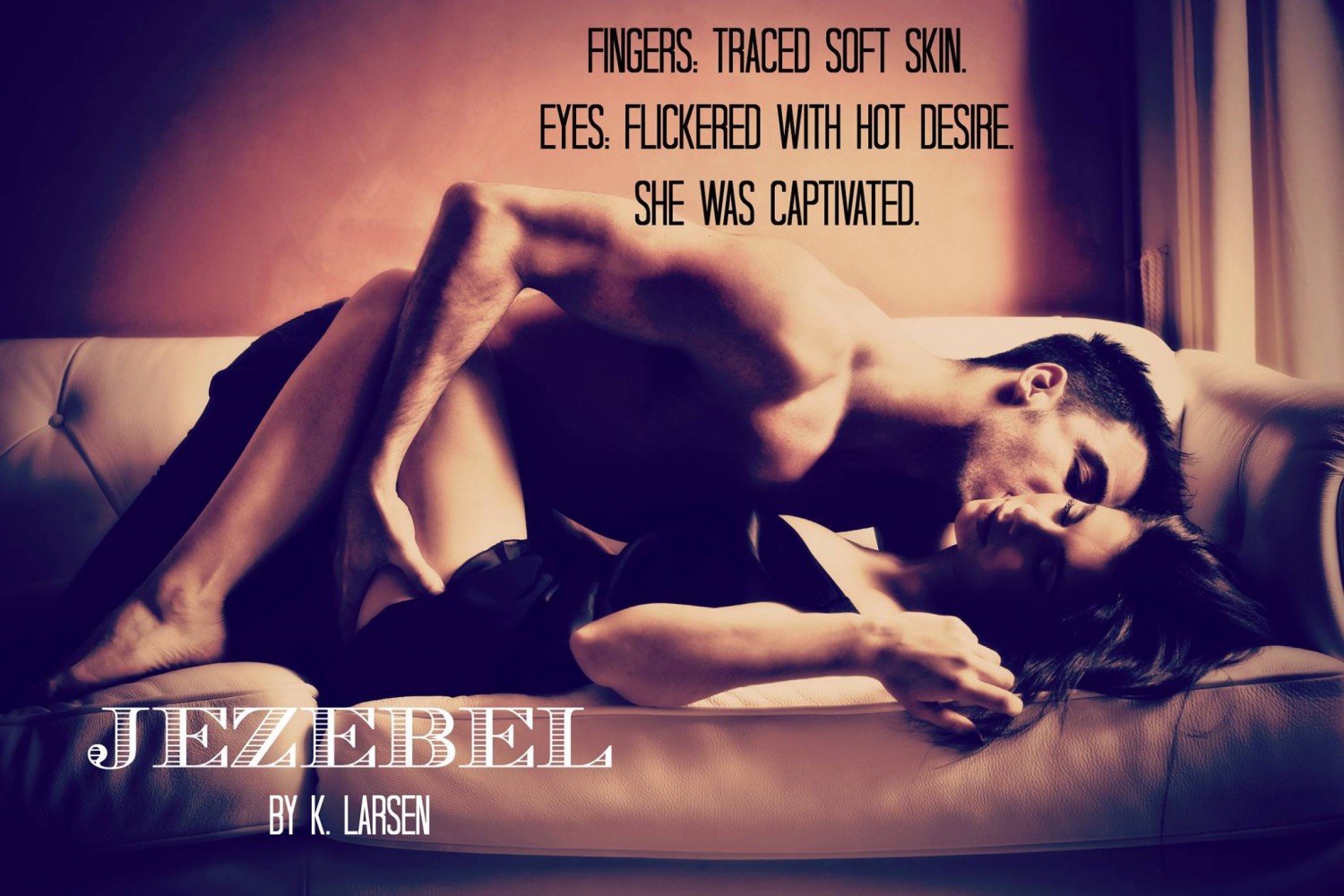 Moving across the sterile room toward the chair opposite the lady, Annabelle cracked her knuckles, then sat. Unlike the other rooms she’d passed in the hallway, this woman’s was cold. Not homey at all. No pictures or decorations hung on the walls, no trinkets sat on shelves.

“So, am I allowed to stay?” she asked scratching her arm that didn’t even itch.

“I suppose.” The woman looked her up and down, wariness pulling heavily at her features.

“What’s your name?” Annabelle finally asked desperate to break the silence between them.

“Wouldn’t you like to know?” the woman answered with a smart-ass grin. The corners of Annabelle’s mouth kicked up into a smile. She chuckled and tucked her legs up under herself in her chair.

“I could probably just ask someone,” she returned.

“Where’s the fun in that?” the woman answered, a sour expression on her face as if she had just bitten into a lemon.  Annabelle shrugged. “How old are you?”

“Eighteen,” she answered. The woman’s eyes lit up like sparklers.

“Eighteen was grand! You must be having the time of your life.” The woman clapped her hands together excitedly.

Annabelle frowned. She was absolutely not having the time of her life. “It’s been less than awesome,” she answered dryly.

Annabelle started at the curse from the woman before noting the huge smile on her face. “Eighteen will be the best year. You’ll see. You’ll look back when you’re sitting in some home somewhere, like me, and think, damn, eighteen was fabulous.”

“I sure hope so,” she answered, frowning.

“You have quite the pout, you know that? It twists up your features and makes you ugly.”

“That’s not very nice.” Annabelle scowled. She eyed the old woman, a sudden wave of insecurity rushing through her.

“It’s not meant to be nice. It’s the truth. Truths are often ugly.” Annabelle blinked, unsure how to respond.

“Child, are you always this…this boring?” the woman asked.

“I’m not boring!” she squawked crossing her arms and pursing her lips in irritation.

“Well you’re not exactly riveting either, are you?” the woman volleyed back, revealing  a half smile.

“What do you want from me?” Annabelle asked irritated. This woman was crazy but not boring. She might actually enjoy some of her time if she got to sit with this mystery woman each week.

“Why are you here?” the woman asked while pulling a blanket from the back of her chair down and placing it over lap. Annabelle looked at the woman’s sock clad feet. For the first time since her DUI she felt ashamed to admit why she was here. “This isn’t rocket science love, just spit it out,” pushed the woman after a pause of silence.

“I don’t have a choice. It was ‘volunteer for six months’ or serve jail time. I chose this.” she answered lifting her chin and meeting the woman’s gaze.

“I got pulled over for driving drunk.” Annabelle explained.

“Only my pride.” Her tone was laced with sarcasm.

“Oh posh, scandals and alcohol go together like peanut butter and jelly. That’s not all that exciting,” the woman tsked. Annabelle felt her face wrinkle in confusion. “There must be more to it…”

“Nope. Grounded until I leave for college. No phone. Limited computer use. No friends over and stuck here once a week for four hours.”

Stifling a snort the woman said, “Dear God, you mean that I’m to be your only source of entertainment for the next six months?” She slapped a hand to her chest dramatically. Annabelle cocked her head and stared at the nut job, hard. “Your life is definitely worse than mine,” the woman concluded with a roll of her hazel eyes.

Bubbles formed in Annabelle’s gut. Her rib cage started to shake and finally, she laughed. A loud, hearty laugh. A laugh that startled her. A laugh the likes of which was so genuine that she couldn’t remember the last time it had happened.  The mystery woman promptly joined in, giggling right alongside her. It put her at ease. Her heart felt lighter.

“So tell me, do you have a boyfriend?” the woman asked as their laughter died down.

“Do you have a name?” she responded with a smart-ass smile.

“Not today,” the woman answered simply.

“You are strange. Very strange. And you don’t seem to be confused at all. Why are you here?”

“Ahh, life’s great mysteries. Confused – is that what you think dementia is?” the woman asked.

“And does that come and go?” the woman pushed.

“Sure, like you’re fine for a while and then not. That’s why you need to live somewhere like this.”

“I think based on your definition I would be delirious. Dementia affects memory, thinking, language, behavior. Delirium is more of a sudden unexpected severe confusion and rapid changes in the brain’s function.”

Annabelle rolled her eyes. “How are those different?” Annabelle asked. She was struggling a bit to keep up with the woman. Her brows were knit together as she tried to work out what the woman was getting at.

“Exactly my dear! How are they different?” Annabelle huffed and shook her head in frustration. Having a real conversation with this woman proved difficult and tiring.

“Okay, I give up. New topic? You said you had quite the life before this. Will you tell me about it?” she asked.

“On what?” she sighed. Maybe the kitchen crew would be better.

Annabelle half-shrugged, “Sure. I usually like a little suspense or mystery with my romance but a love story could be alright.”

“Oh but my dear, every great love story has a twist. If there’s no twist, how does one ever know if their love can endure?”

“Endure what?” she questioned as she pulled at imaginary threads on her sleeve.

“Anything,” the woman answered as if that were the only answer.

Annabelle thought about her words for a moment. Let them sink into her brain. Did her parents love story have a twist? Surely not one that she’d heard about. Or was a twist just a tragic event? If that was the case then her family, her parents, had endured a twist and survived it together, even if just barely. Either way, she wanted to corral the woman into a singular train of thought.

“Okay. Tell me your story,” she answered.

“It might upset you, or perhaps I have no story to tell. We have six months! Let’s start with someone far more interesting. Celeste Fontaine.”

Annabelle’s face scrunched up. “Who the heck is Celeste Fontaine?” she asked.

“Oh she was a girl I knew.  A caretaker for a large Chateau just outside of Paris, France. She had everything she ever imagined in life. Blissfully happy parents who spoiled her rotten. Friends she adored and a man that made every woman on the planet jealous of her. But let’s go back to the very start shall we?”

The woman had a mischievous gleam in her eye.  Annabelle would be lying if she said she wasn’t a little bit curious about any story the woman might tell. She was a character for sure, and that meant she probably hung out with some interesting people before she ended up at Glenview. She probably had lots of good stories to tell. Hell, it beat wearing a hairnet and latex gloves in the kitchen. She shivered at the thought of cafeteria food,trays and dirty silverware. And hairnets.

“Are you cold?” the woman asked, head cocked to the side.

“No,” she answered shrugging away the kitchen visual.

“Are you ready to pay attention?” The woman asked.

Annabelle nodded. “Excellent. If you don’t pay attention, you’ll miss things. Important things.” Annabelle cocked her head to the side and wondered what the woman was yammering on about. “Make sure you listen carefully, and try not to jump to conclusions until I’m finished telling you everything. What happens from here on out isn’t my responsibility. It’s yours so take notice.” Annabelle scrunched up her nose in confusion and shrugged. The woman stared a moment longer at her before she nodded saying, “Alright then. Remember kid, the devil is in the details. Paris. Nineteen eighty four.”​ 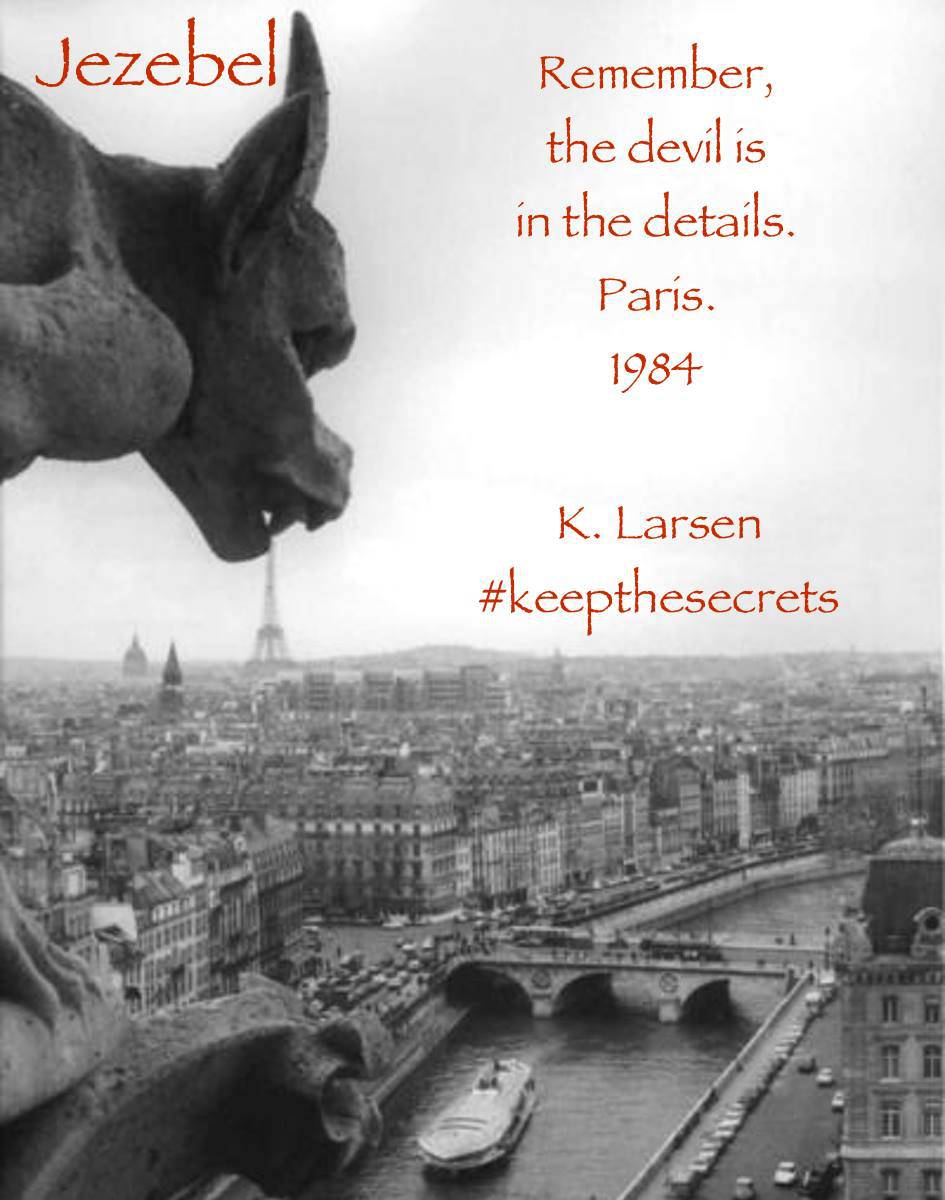