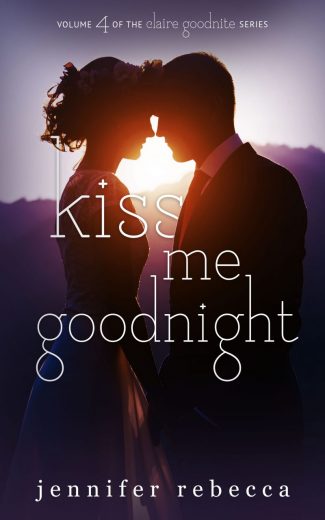 Detective Claire Goodnite is finally marrying her sexy SAIC, Wesley O’Connell in this suspenseful conclusion to the series.

The hall has been booked, the flowers have been ordered, and the invitations have been sent. Everything is finally falling into place for the happy couple, or so it seems.

That is until a hunter the likes of the old DC Sniper has his sights set on New Jersey Law Enforcement and suddenly the thin blue line has a big, old target painted on their backs. It’s open season on police officers and federal agents alike. She might be the best damn detective in the state of New Jersey but even this case has Claire running for her life.

Not to mention the loss of one of her inner circle seems to have shook something loose in her mind. Claire’s memories of that long ago day when she was taken from her home as a child are surfacing one after another. But will she remember before it’s too late?

It’s like they always say, every story has its ending.
Are you ready for this one?
It’s gonna sting. 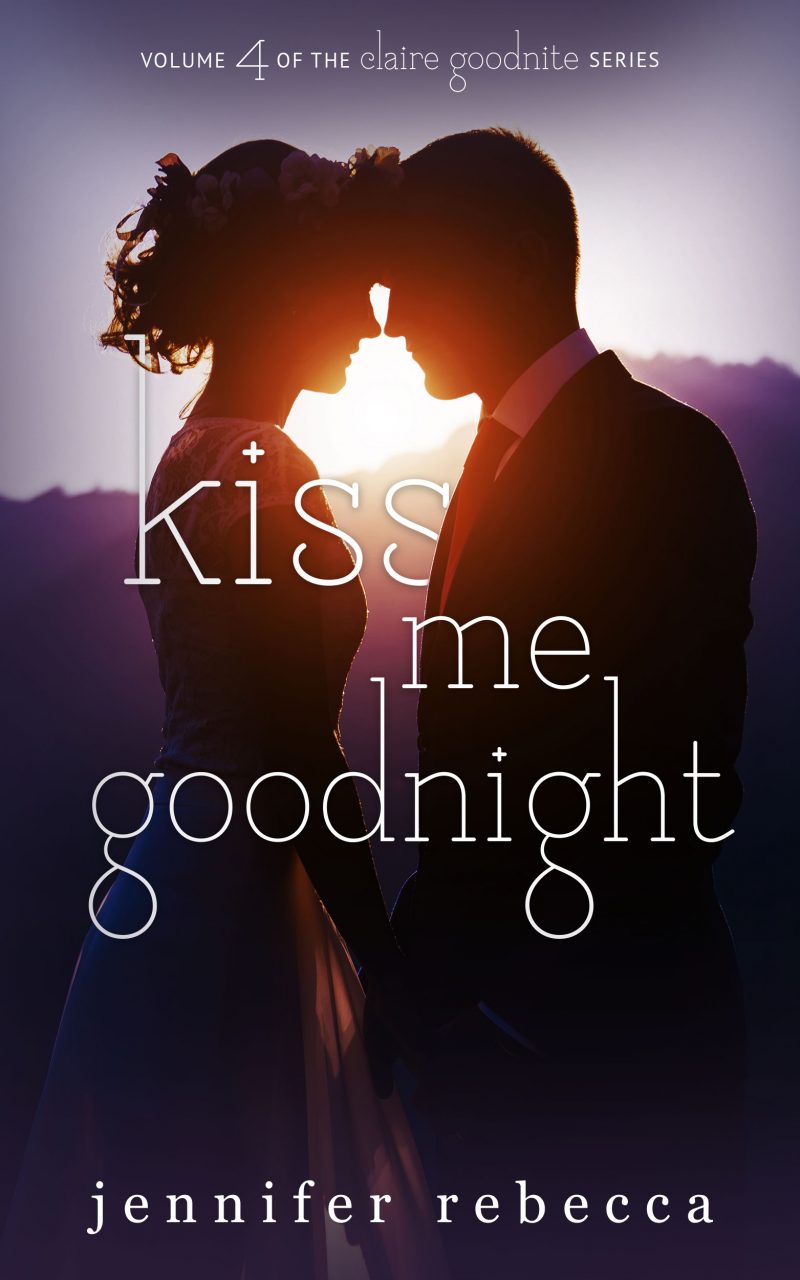 There is a marching band pounding away in my brain.

I must have had too much to drink at the rehearsal dinner last night. I think. I can get my ass ready for today—my wedding day—because if I don’t, my bestie, Emma, will have my ass.

I pry my eyes open, only then do I realize that I am not in our hotel room on the coast. I’m not in the luxury king bed full of fluffy pillows and down comforters near a window looking out at the ocean. I’m not where I should be. It takes my brain a minute, still feeling as fuzzy as it is, that I’m not… safe.

The light shines through the wooden slats of the doors.

I’m here. I am right back where I started. Where I thought I would die when I was so small, just a baby really. I’m where I once escaped and had naively thought I would never be back. I scoot back on the worn, torn carpet floor of the closet that I was locked in once before, until my back hits the wall. I try to make myself as small as possible hoping against all hope that he won’t see me but as I hear the footsteps growing louder and louder, I know that there is no hope to be found at all.

The closet door swings opened and I realize how stupid I have been. All this time that I struggled, that I suffered from those terrible nightmares and prayed that they would either end or I would finally remember just who had tried to harm me when I was just six years old. All those times I thought I was safe, that I was free, were really nothing but lies because looking down at me with a sinister smile on his face in this little house of horrors from my haunted past is the last person I ever would have thought would be capable of this kind of thing.

I was never free, I was living under the watchful eye of a monster, a wolf in sheep’s clothing just waiting for their chance to pounce. His smile broadens and his eyes glimmer with excitement in the knowledge that he’s won. It’s finally over, this game of cat and mouse that we have been silently engaged in for twenty four years.

He pulls his leather belt free from his pants and loops it around my neck. I look up into his warm eyes, ones that I had always trusted as he tightens the leather around my neck.

“It’s you. It was always you,” I say as suddenly every memory finally clicks into place. Anna would be so proud.

You know what they say, every story has its ending, I just wish I was prepared.

I can already tell that this one’s gonna sting… 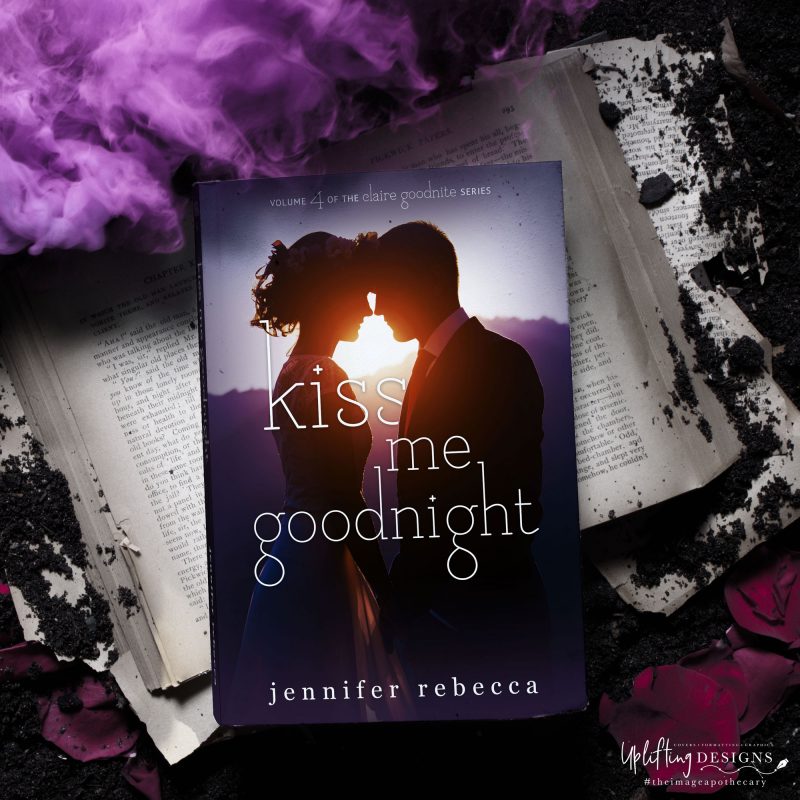 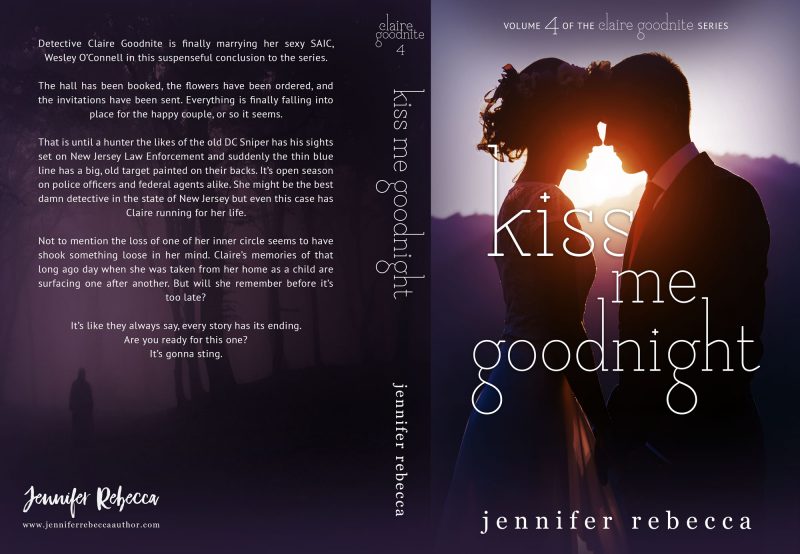 Tell Me a Story (Claire Goodnite #1) 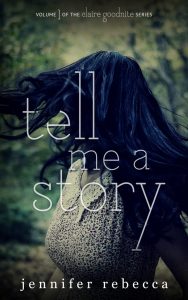 George Washington Township, New Jersey has seen its fair share of crime and tragedy. Most recently, a young boy is missing from his home and the tenacious Detective Claire Goodnite is eager to find him.

But the case is stirring up old memories best left forgotten. When a blast from her own past, FBI Special Agent Wesley O’Connell, turns up, Claire finds it hard to keep old ghosts at rest. And even harder to keep the sexy SAIC out of her case and her bed.

Claire Goodnite is the best damn detective in the state of New Jersey and you better believe she’s coming for you.

Tuck Me in Tight (Claire Goodnite #2) 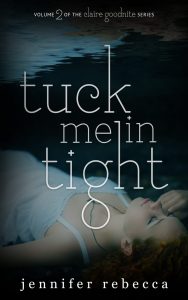 George Washington Township, New Jersey has been relatively quiet ever since it was turned upside down following a high profile kidnapping. During the lull in excitement Detective Claire Goodnite has enjoyed being in the love bubble with the sexy SAIC Wesley O’Connell.

Never fully believing that she was capable of a committed relationship—with Wes or with anyone—leaves Claire feeling undeserving of the elusive happily ever after. She has never let herself enjoy what was within her grasp…

Until a string of murdered women dressed and posed like sleeping dolls shakes the very foundation of everything Claire thought she knew. Particularly when the only connection to be found between the three victims is the man who finally stole her heart for keeps, Wes.

But it’s like she always said, she’s bad at love. 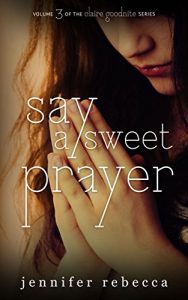 The sleepy little New Jersey township has been turned upside down as plans for the wedding of Claire Goodnite and Wesley O’Connell are in full swing. But when the patrons of the church’s singles group are being picked off one by one and branded with a scarlet letter—in blood—Claire and the team put their festivities on hold to track down a killer.

It’s just another case, another day in the life of a police officer until tragedy strikes their small circle of friends. When one of their own becomes one of the victims, how will the group go on? Or more importantly, can Claire survive it?

Jennifer is a 32 year old lover of words, all words: the written, the spoken, the sung (even poorly), the sweet, the funny, and even the four letter variety. She is a native of San Diego, California where she grew up reading the Brownings and Rebecca with her mother and Clifford and the Dog who Glowed in the Dark with her dad, much to her mother’s dismay.

Jennifer is a graduate of California State University San Marcos where she studied Criminology and Justice Studies. She is also a member of Alpha Xi Delta.

10 years ago, she was swept off her feet by her very own sailor. Today, they are happily married and the parents of a 7 year old and 6 year old twins. She can often be found on the soccer fields, drawing with her children, or reading. Jennifer is convinced that if she puts her fitbit on one of the dogs, she might finally make her step goals. She loves a great romance, an alpha hero, and lots and lots of laughter.