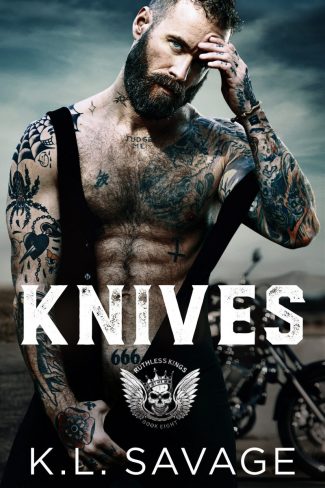 Love is powerful force, but it doesn’t compare to guilt.
And just like most people, my guilt eats me alive.
I went from being an irresponsible kid who didn’t know any better, to an irresponsible man who does.
I make no apologies.
Don’t take my carelessness for strength.
My blood is as thick as the water that killed my brother and once I’m cut, there’s no stopping the river of rage.
My past is dead. I’m not like my MC brothers. Nothing is going to come bite me in the ass.
Or so I thought.
Because life gave me Mary, the little hellraiser who tries to be reckless.
She’s only looking to escape the nightmare of what happened to her in Atlantic City.
She’s a good girl. She doesn’t belong in this life.
Even if I know she belongs with me.
She paints her lips in red lipstick, but I know it’s an effort to hide the pain.
There’s more than the fact we are too different to be together.
Death calls on the Ruthless Kings.
And like idiots, we answered.
Her past isn’t dead.
And mine has come back to life. 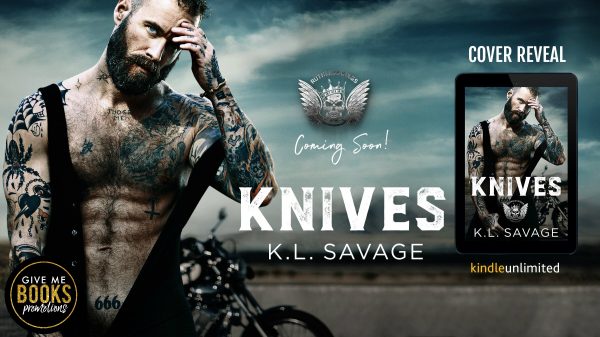 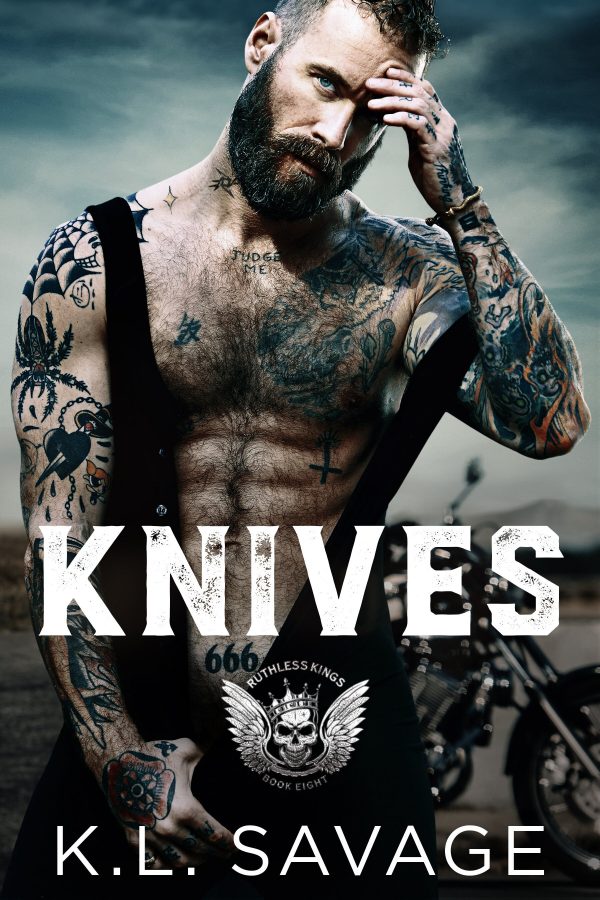 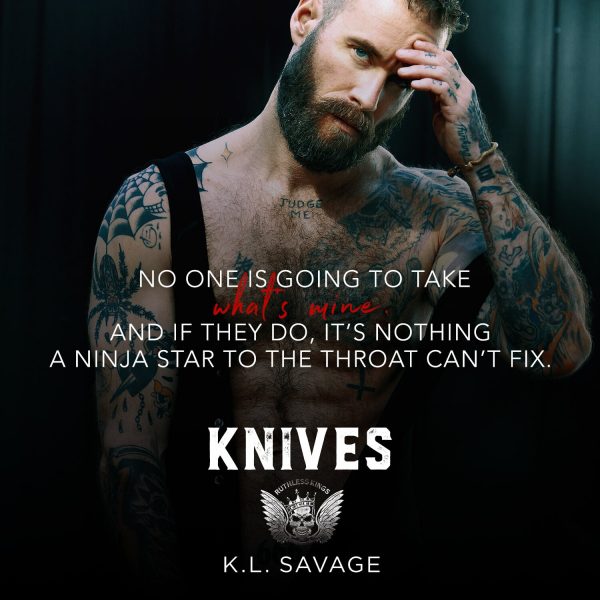 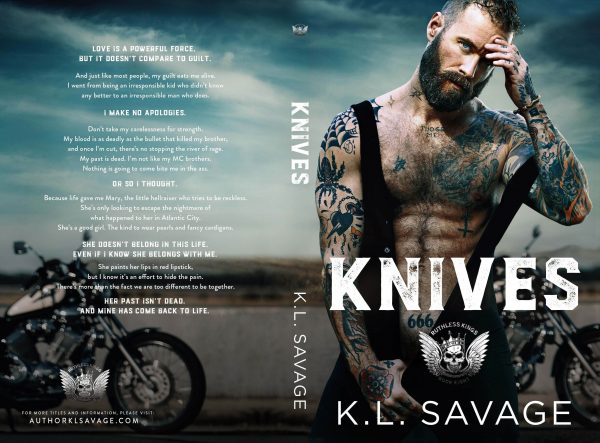 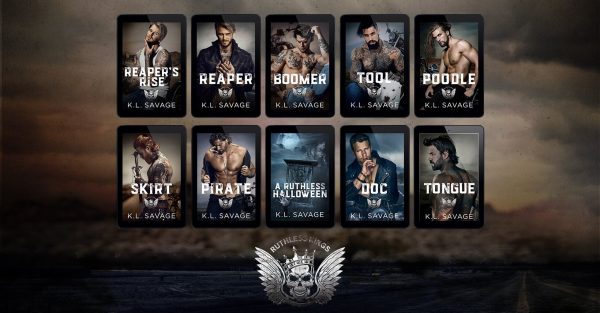 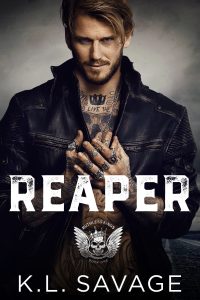 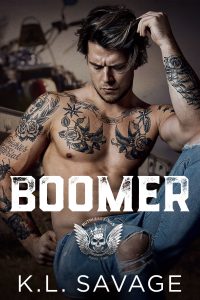 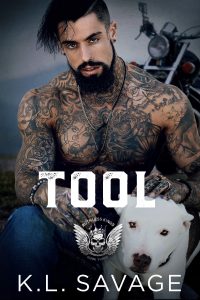 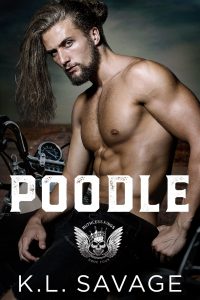 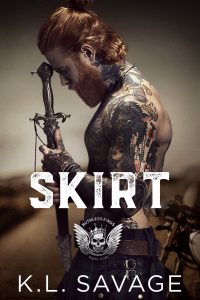 There are few things people know about me.
I’m Scottish.
I really hate pants.
And Poodle is me best friend.

There is one thing people don’t know.
Me love for fightin’.
I come from a long line of fighters.
I live it.
I breathe it.
Flesh.
Blood
And brass knuckles.

It’s me way of life.
So I fight, legally. No one knows.
I wanted to keep it a secret, but MC life exposes everyone’s secrets.

One secret?
There’s a woman I have me eye on. A woman who’s off limits.
She’s an opponent’s girl. A rival. An Irish bloke who comes from a powerful family.
He isn’t abusive in just the ring, but to her too.
Bruises litter her beautiful face.
She doesn’t give me the time of day.
Until she is dumped on the side of the desert road.

She’s mine now.
Fuck her boyfriend’s power.
I’ll kill him. 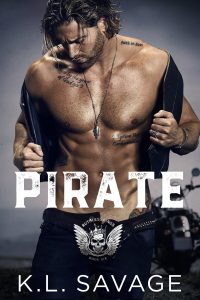 No matter how hard I try, I can never drown the memories.

I miss alcohol.
The craving claws against my stomach every day.
And being in this rehab center doesn’t help.
No one understands how it feels to not be able save someone you love.
I had to watch Macy’s demise.
How she screamed for me to help her.

I hear those screams. They echo in my head.
A song on repeat.

And a patient here, Sunnie, she tries to make me feel better.
With her pretty vice and perfect smile.
Who the hell is that happy? She makes me want to drink.
Then, she shares her pain, and I realize her bright disposition is a mask.
I find myself wanting to make her smile, to make her happiness permanent.

Nothing is ever that easy.

Especially when she’s the daughter of the man who ruined my life.
He doesn’t recognize me.
Which is good because he has no idea of the man I am today.
My MC brothers are going to bring hell upon him.
Sunnie has no idea who her father truly is
Or does she?

Happiness can’t make everything better.
But alcohol can. 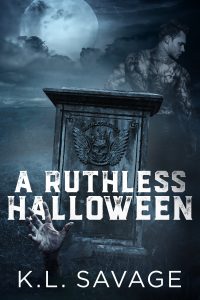 He gets off on your fear.

Trick or treat, Come and meet, someone you love that’s buried six-feet.
If you don’t, I don’t care, I’ll love to see you in despair.
They will die. Save their life!
This isn’t a dare, I bid you beware.
Follow the clues I’ll give to you,
This is merely my debut.
Until the clock strikes midnight,
They will be gasping for air, what a delight.
Love,
The groundskeeper.

My hand shakes when I read the note.
Everyone is here.
I think.
There are so many people. So many painted faces. How am I supposed to know who is missing?
I knew this party was a bad idea.
Now, one of my own is in trouble and as the Prez of the MC, I should know not to play a game.
But we are on a timer and someone is using us as pawns.
It’s up to us to save one of our own. 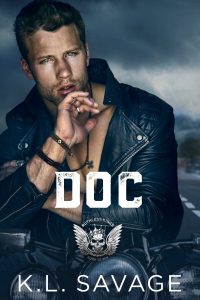 She holds a special place in my heart.
The darkest part of it.
A part I never show anyone.
From the moment we met, I wanted to show her all my scars, the need I hide inside.
Joanna.
The woman who wears long sleeve shirts on a hundred-degree day.
She’s been away at college and when she comes home, I plan on making her mine.
One phone call.
A broken voice.
Time stands still.
And everything changes.
My plans goes up in smoke when I find her.
Drip.
Drip.
Drip.
Rivers run red. My heart stops.
My chance with her hangs in the hands of fate.
I’ve turned a blind eye to the help she needs.
What kind of doctor does that make me?
No more. I’ll be everything for her.
Doctor. Friend. Lover. Husband.
But I’ve learned, everything means nothing if she doesn’t start caring about herself.
Especially when there is more to her now than there ever was.
I’ll carve scars into her enemy and break my oath as a doctor to bring her justice. 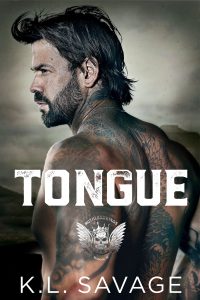 I’m too dark for her light.

I am who I am, and I won’t apologize for it.
I don’t know how to be…
Normal.
I have my reasons.
I’ve been through hell.
I’ve touched the flames themselves and I’ve danced with the devil.
Intimately.
Damnation torched my soul until it was black.
Then I see her.
I’m enthralled, but I can’t speak to her.
She’s too pure.
Too fragile.
Too innocent.
She doesn’t need to see my torched soul.
She doesn’t need to taste my damnation.
I watch what I can’t have.
I swear I’ll protect her.
Even if she doesn’t know I’m there.
I get more…
Enthralled.
She loves books.
I wonder if I could love them too.
She loves wine.
I imagine us sharing a glass.
Imagination. What a tease.
Enthralled. Entranced.
Obsessed.
She feels me there.
Sees me out of the corner of her eye.
I’m the reason the hair on the back of her neck is standing up.
But I stay in the shadows where I belong.
Until I can’t.
Until the day I see her cry.
Those tears feel like open wounds.
I want to heal them.
But all she does is run.
So I follow.
Enthralled.
Entranced.
Obsessed.
RUTHLESS.
I won’t stop until she no longer has a reason to cry.
Even if it means I have to ride through the fires of hell one more time. 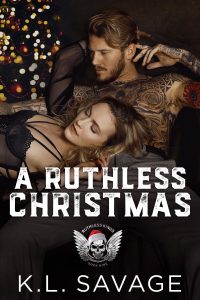 They think they are safe.
Isn’t that sickening?
They are decorating for Christmas.
Twinkling lights. Wreaths. Mistletoe.
Laughter.
All that is missing is snow.
They are the idea of a perfect family, aren’t they?
I wonder how many of them are wishing for a Christmas miracle.
How many of them only want peace?
A night full of magic and wonder…
Well.
Not when I’m here.
It’s a beautiful time to be the Groundskeeper.
Turning miracles into nightmares. 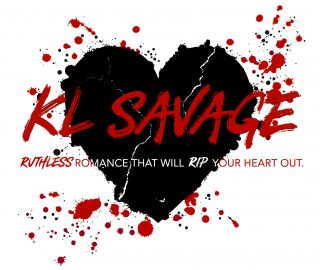