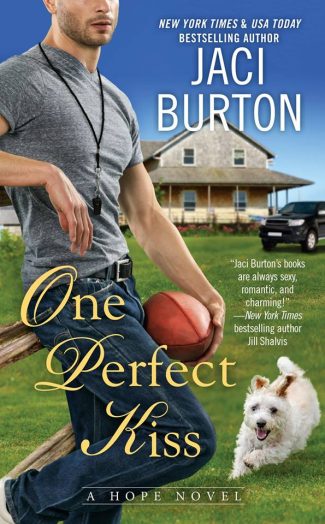 The New York Times bestselling author of Love Me Again returns to the town of Hope, Oklahoma where school is in session and love rules the playbook.

Josie Barnes has always craved a sense of home. She's found that in Hope, Oklahoma--she bought a house, has a new job as an English teacher at Hope High, she's made wonderful friends, and she's taking in stray animals that no one else wants. Now she's flirting with fellow teacher and hot high school football coach Zach Powers. But he's almost too good to be true, and Josie learned long ago not to trust in the too-good-to-be-true, because it has always let her down.

A former pro football player, Zach had to pull back when a career-ending knee injury forced him to rethink his future. Now he's happy calling plays as Coach. If he could just get Josie Barnes to stop benching his players for their poor grades, life would be perfect. Instead, she drives him crazy as the stern teacher at school and the sexy woman of his dreams outside of the classroom. He knows she's been hurt in the past, but he wants to be that guy she can trust.

The one thing Josie has never been able to count on is the people closest to her. But Zach intends to show her that what they have between them is a textbook case of love. 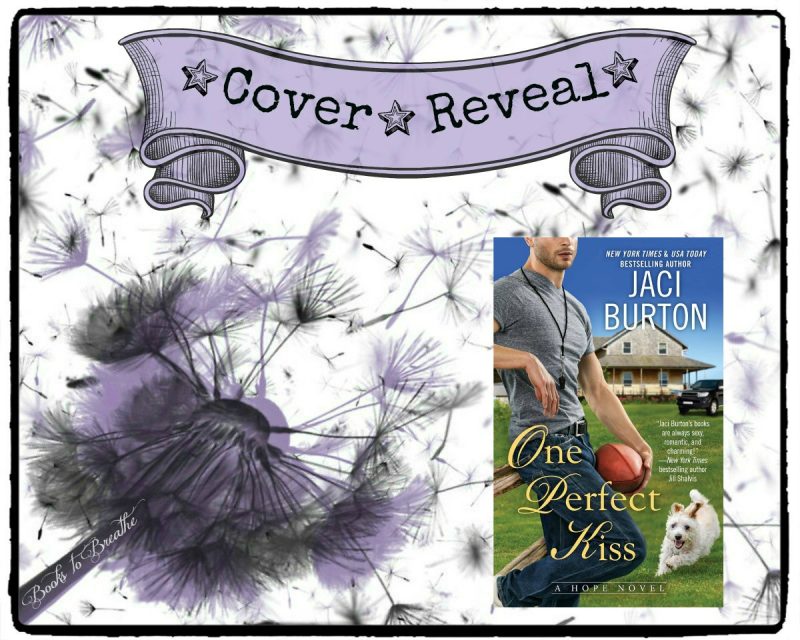 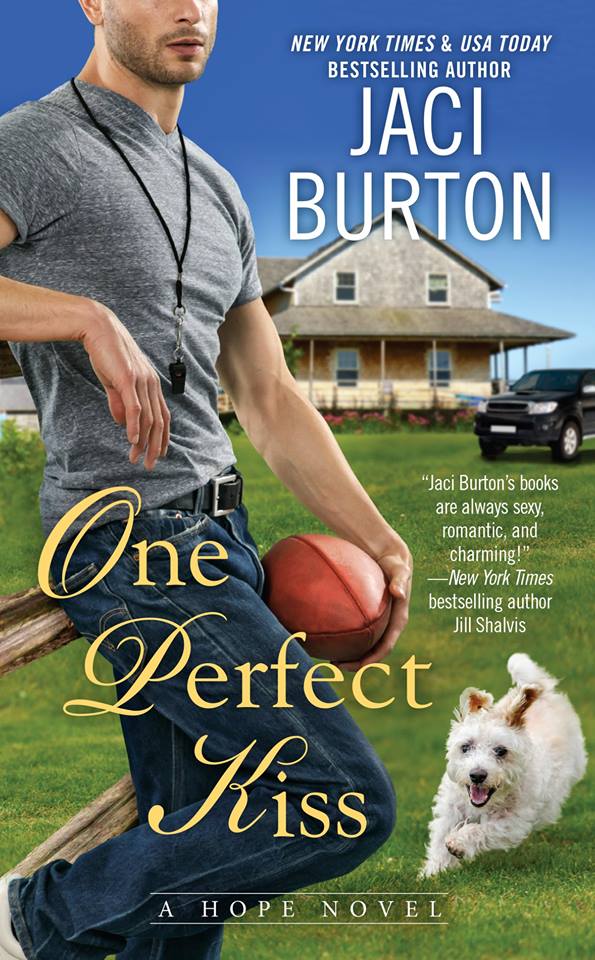 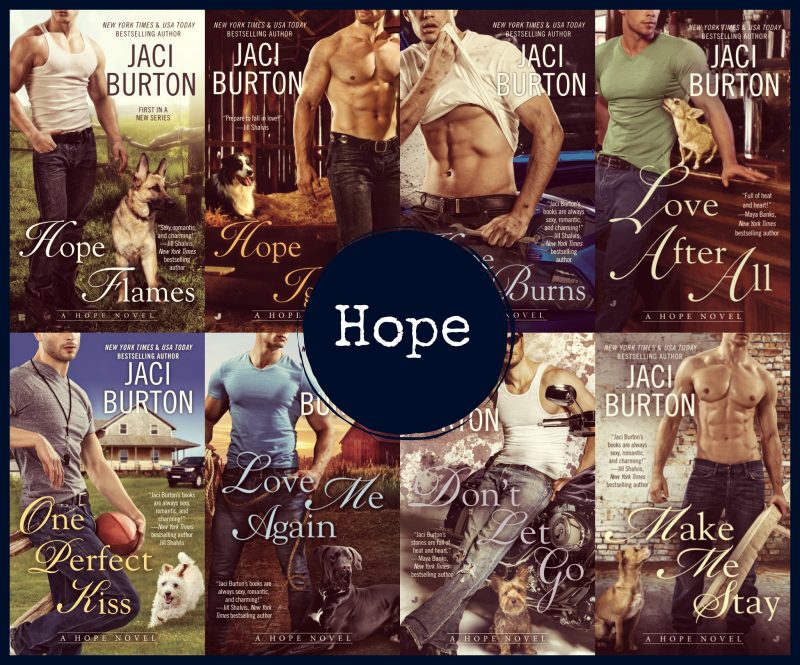 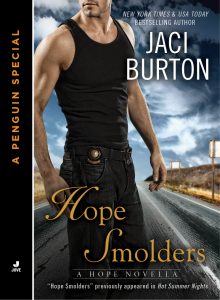 “Jaci Burton does raw, passionate romance like no other” (Joyfully Reviewed), and the New York Times bestselling author of Hope Ignites and the hot new Play-by-Play novel Straddling the Line proves it again in this novella of second chances…

Jane Kline is a struggling divorcee and single mother with a social life on hold. Not only does Jane not have the time to date anyone, she’s not even going to consider making herself vulnerable to another man after being deserted by her husband. That’s why Will Griffin, her ex’s former best friend, takes her totally by surprise.

What would such a hot and sexy wild card see in a harried mother juggling two kids and two jobs? For starters, everything Jane no longer sees in herself. As she dares to take the flirtation to the next step, Jane finds herself back where she never wanted to be—falling for another man. Now it’s up to Will to convince Jane that she has everything he wants in a woman, and that the second time around can be the best time of all. 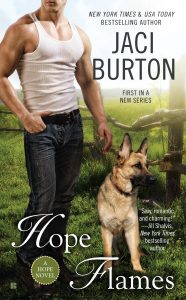 When it comes to love, they already know the rules… by heart.

Thirty-two and finally setting up her veterinary practice in the town she once called home, Emma Burnett is on her own and loving it. Independent and driven, she’s not letting any man get in the way of her dreams. Not again.

That’s fine with Luke McCormack. Divorced and hardly lacking in female company when he needs it, he’s devoted to the only faithful companion in his life—his police dog. Still, there’s something about Emma he can’t shake.

When a series of local break-ins leaves Emma vulnerable, she seeks help from the first man to spark her desire in years. And now they’re giving each other something they thought they’d lost forever… hope. 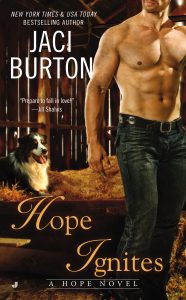 From the New York Times bestselling author of Hope Flames and the hot new Play-by-Play novel, Melting the Ice, comes an all-new novel of small-town romance, second chances, and hope…

When a movie crew asks to film on his cattle ranch, Logan McCormack doesn’t expect Desiree Jenkins, the young, sought-after star, to be so open, so down-to-earth, or so intimately interested in him. But the last thing a loner like Logan needs is a distraction like Des, who wouldn’t understand what it’s like to live peacefully off the land.

But it’s Logan who doesn’t understand. What Des wants is an escape from paparazzi and gossip columns, and she’s found it at Logan’s ranch. Now it’s up to her to prove that she’s like any other girl looking to be accepted for who she is. And she’s hoping that it’s by this real-life cowboy who has everything it takes—and more—to give her the kind of happily ever after that can’t be found in the movies. 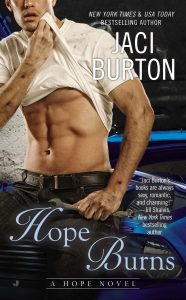 Molly Burnett dreads returning to her hometown of Hope for her sister’s wedding, especially knowing she’ll have to endure a weekend with the one man she never wants to see again. It’s only a couple of days, so Molly will try to forget her painful past with high school sweetheart Carter Richards. Because despite the bitter memories, she still can’t forget what they once meant to each other.

But when Molly is forced to extend her stay, Carter sees this as his second chance to do things right, to start over again with the only woman he’s ever loved. This time, he isn’t going to let Molly run. Together they’re going to confront the past and put it behind them, and hope for a future as bright as the flame that still burns hot between them. 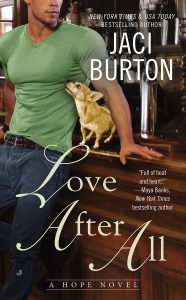 In the latest novel from the New York Times bestselling author of Hope Burns, a woman discovers that the man she least expects is exactly what she needs…

High school math teacher Chelsea Gardner has the perfect plan. She’s tired of dating all the wrong men, and after years of frustration, she’s developed a foolproof list of requirements for finding “The One.”

Bar owner Sebastian “Bash” Palmer finds Chelsea beautiful, smart and fun, but he thinks her list is ridiculous and unnecessary.  Intent on proving Chelsea is looking for love in all the wrong ways, he offers to help her find the “perfect” man.

Chelsea knows Bash isn’t the right guy for her—he barely meets one of her criteria—but there’s something about the charismatic man that has her yearning for things that are most definitely not list approved.

Because sometimes, a relationship that looks totally wrong on paper can turn out incredibly right… 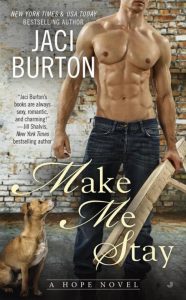 The New York Times bestselling author of Love After All and the Play-by-Play series delivers a new novel about how love sometimes has plans of its own.

Having left his hometown of Hope years ago, only one thing could persuade architect Reid McCormack to come home for a lengthy stay—the challenge of renovating a historic building. But once the job is finished, he’ll be headed back to Boston, no matter how much he’s drawn to beautiful florist Samantha Reasor.

Samantha watches over her elderly grandmother and pours a piece of herself into every floral creation she designs. Her crush on Reid has been blooming for a while now, but she’s reluctant to act on it. A temporary fling isn’t what she’s looking for, even if Reid is smoking hot and super sexy. She wants a real, permanent, forever kind of love.

Two people with different goals couldn’t possibly work, and yet as their attraction grows into something deeper, maybe falling in love is the one thing Samantha and Reid can build a future on. 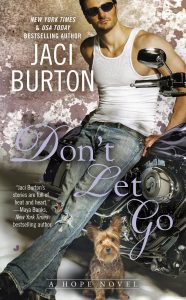 In the latest novel from the New York Times bestselling author of Love After All and the Play-By-Play novels, running from the past isn’t nearly as satisfying as facing the future…

Brady Conners is hardly the settling type, but when tragedy strikes in his family, he has no choice but to return home to Hope, Oklahoma. Setting up shop to work on custom motorcycles and pass the time, Brady has no intention of letting anyone get close—until he meets Megan.

Pastry shop owner Megan Lee is drawn to quiet, brooding Brady. Their connection is undeniable, and it quickly develops from physical attraction into something much stronger. But with Brady putting up barriers, Megan is afraid to truly open her heart—unless she can convince him to let go of the past… 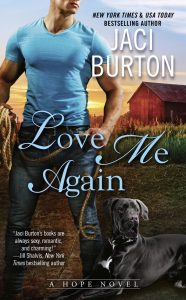 In the latest novel from the New York Times bestselling author of Don’t Let Go, it’s never too late for a second chance at first love…

When Loretta Simmons returns to Hope, Oklahoma, after a disastrous marriage, she’s determined to remain independent for the sake of her daughter. The only thing standing in her way is Deacon Fox—the man she loved and walked away from years ago.

Since Loretta owns the bookstore right next to his current renovation project, Deacon can’t escape the woman who broke his heart. Throw in her adorable little girl and one ridiculously oversized dog, and they’re almost a family. Only he can’t be that guy—what they had was once in a lifetime. 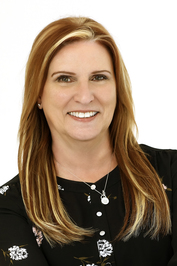 Jaci Burton is a New York Times and USA Today bestselling, award-winning author of over 85 books. She lives in Oklahoma and when she isn’t on deadline (which is often), she can usually be found wrestling with her uncooperative garden, wrangling her dogs, watching an unhealthy amount of television, or completely losing track of time reading a great book. She’s a total romantic and longs for the happily ever after in every story, which you’ll find in all her books.