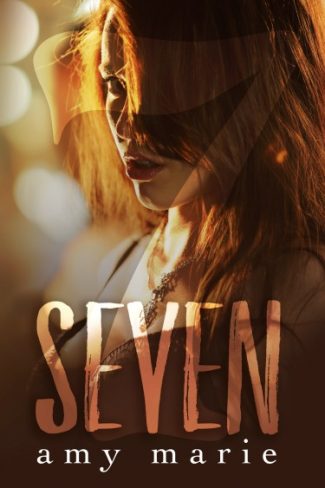 We’re all born with it. Navigating through life as though power, privilege, and money don’t rule the world. I’m guilty of it. I walked around, ignorantly thinking that the PITCREW, the most popular guys in high school, was where you wanted to be or who you wanted to date. They could have any girl they wanted, but they needed a challenge. They needed something to do to make their miserable existence exciting.

That’s where I came in.

How was I to know that the one night I willingly gave away my innocence would set off a chain of events, turning my world upside down?

Now, ten years later, it’s my turn to use sex, money, and lies to take from them all that they took from me . . . and more.

But the road to retribution has its twists and turns and I don’t want to make the innocent mistake of crashing. 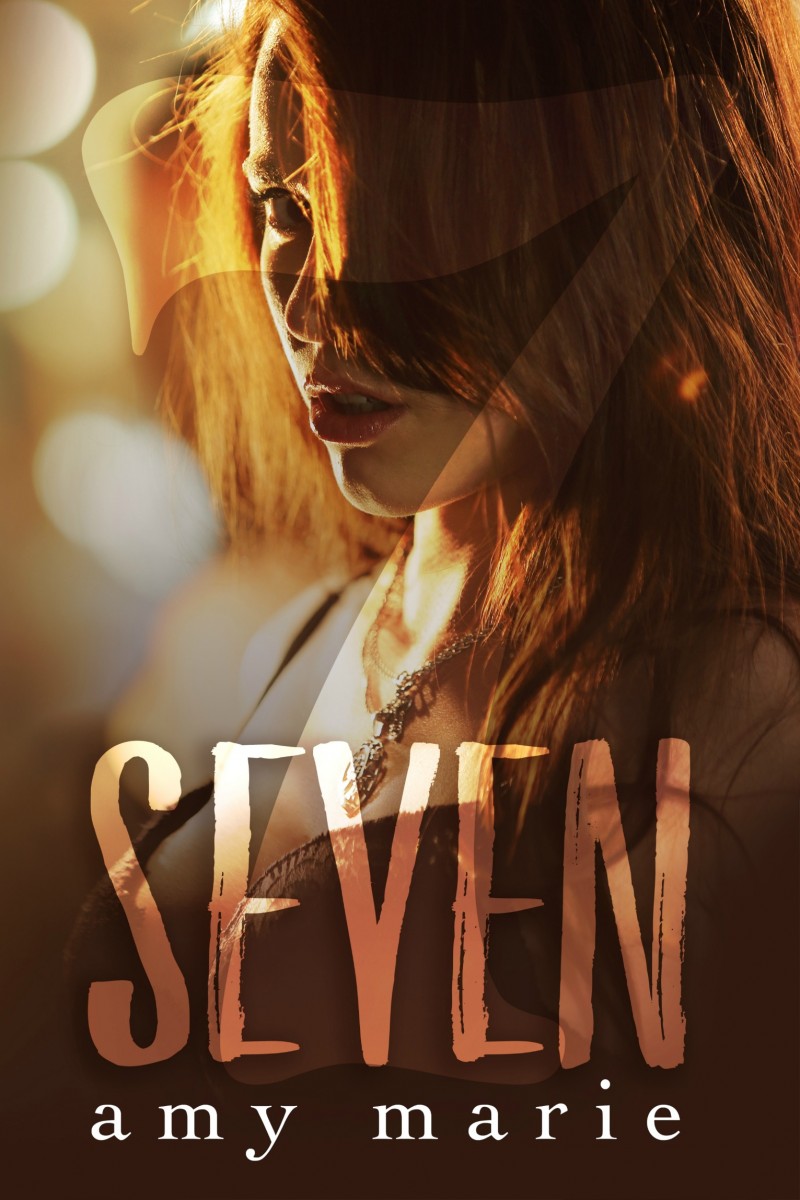 From the outside looking in it may seem like I’m any normal twenty eight year old woman who has got her shit together. I have a job that allows me to own my own condo. I pay my bills on time, work out every day, and drive a nice car. But looks can be misleading and I’m as deceitful as they come. Each and every move I’ve made in my adult life has been meticulously planned out to bring me to where I am today…which is bent over my boss’ desk at three o’clock on a Friday afternoon.

“Goddamn it Embyr,” he grunts behind me, sweating profusely. “You have to stop wearing these fucking skirts to work.”

He relentlessly pounds into me, his front meeting my ass, and I moan his name out, faking my way through each thrust. “Yes, Patrick. Yes. Pull my hair.” I command. I much prefer the pain of him grasping my tresses. It takes away from being present for another lousy fuck.

My body will never succumb to him. I won’t allow him the privilege of making me come. I never do. I just moan and scream allowing him to believe that his amateur screwing can make me fall apart.

His head falls to my bare shoulder and I can feel the disgusting slime that is radiating out of his pores. When he grips my hair hard between his fingers I rear back on him egging him on so he can hurry up and get the fuck out of me.

I push my ass against him harder and the sounds coming out of his mouth can be closely described as what an elephant sounds like when he finally shoots his load.

I call out his name, huffing and puffing, making it seem as though this is the best lay I have ever had.

When he finally pulls his micro penis out of me and walks to his personal adjoining bathroom, slamming the door behind him, I slip my dress back over my ass and rush to his computer. My fingers type rapidly as I bring up his bank website and type in his password to move just a little bit more of his client’s money into the secret Swiss bank account I so nicely set up in his name. Not that he knows about it but I can guarantee he soon will.

The toilet flushes and my fingers ache as I furiously finish up the transaction and jump away. He walks back into the office eyeing me sweetly sitting on the couch along the large glass windows looking out towards the Chicago skyline.

His balding and already graying brown hair makes me sick just to look at him which is why I always make him fuck me from behind.

“You can go back to work now,” Patrick says, fidgeting with his belt, dismissing me.

I don’t get upset like some lovesick girl who wants her married boss to leave his wife.

I pick myself up and stride confidently out of the room smirking to myself at how easily he is played.

Bypassing my desk I take the long bland hallway of Strickland Consulting to the ladies bathroom. After using the toilet, attempting to wipe the stickiness off my thighs, and wash my hands, I take a long look in the mirror.

Not a hair out of place. That man couldn’t rough up a paper bag.

I shake my head and pull my lip gloss out of my bra. As I glide the light pink over my lips and rub it in. I can’t help but laugh and how easy this all has been so far.

He hasn’t recognized me. Not from the moment he interviewed me. It’s amazing how dropping thirty pounds and dying your hair from a mousey blonde to auburn can fool one of your high school tormentors into allowing you to pull his strings like a tiny little puppet. Their threats to the structure of my life if I so much as uttered a word of his high school hazing were a constant battle. I’ll have them all by the balls soon and they don’t even know it yet.

But my lousy fuck of a boss will by the end of the day.

Patrick Strickland was the ring leader in high school. He controlled the PITCREW, as they so lovingly called themselves. The letters stood for each of their names.

Their sole purpose in high school was to work on the cars that their mommies and daddies paid for every chance they got. All of them rich. All of them good looking. All of them popular. All of them complete and total assholes.

Each of the seven could have any girl they wanted in school and they did, but in their free time they chose to torture me every day for what they had done, what I had one. Using blackmail to keep my mouth shut.

They knew my mother was mentally unstable and could slit her wrists at any moment. They also knew I would never want my daddy’s career ruined because of his daughter the “slut.”

I spent the rest of my high school career catering to them and their “needs.”

I have no longer have any family. My mom lived up to the rumors and took her life just a month before I graduated high school and my father was killed in the line of duty just two months later. I have no friends. I left them all to put myself through a metamorphosis that any butterfly would be jealous of.

I went on a diet, worked out like a mad woman, dyed my hair and got green colored contacts to hide the old brown irises. All in the name of retribution.

There is no one left that I love that can get hurt if my plot of revenge on all seven of them goes wrong.

They ruined me. Ruined my body. Ruined my mind. Ruined my life. Now it’s my turn to take from them all that they took from me…and more.

Straightening my shoulders I walk back towards my desk only to hear the phone alerting me to a new call. I rush over in my three inch red heels sitting down to answer.

“Strickland Consulting. Embyr speaking. How can I assist you?”

Yes, I changed my name too. No more Annie from Arlington Heights. That doormat is long gone.

“Embyr, this is Roxie from check in. I thought I should warn you that the police are on their way up.” Her frantic voice comes through the receiver.

“Thank you, Rox.” I say calmly placing the phone in its cradle.

I cross one leg over the other, fixing my skirt that has ridden up my thigh; I glance at the elevators patiently waiting for the end of Patrick’s career.

I take pleasure in thinking about him bent over in the shower taking it in the ass from another inmate. For all the times he screwed me over in high school I don’t feel a shred of remorse over what I’ve done to him.

The ding of the elevators arriving at the twenty third floor causes me to sit up straight. Four police officers come barreling out, one by one, bypassing me completely and barging into his office.

I hear a small scuffle and then Patrick yells. “What the fuck is this?”

“Patrick Strickland?” One of the men in uniform asks.

A moment later I hear another officer’s voice. “You’re under arrest for theft and misappropriation of funds.”

“What the hell are you talking about?” He roars, angrier than I’ve ever heard him before.

I stifle a chuckle but quickly stand to my feet, my eyebrows scrunching in fake concern and confusion when they pull a handcuffed Patrick out of his office. “What’s going on?” I ask, my hand going over my heart like the good little worried secretary I must play.

Patrick’s face is red with anger and laced with terror.

So was I fucker. I was scared every fucking day in high school wondering what would happen with me next.

“Call my lawyer, Em. Call him NOW!” He yells as they drag him into the elevator.

His tone would scare anyone but not me. I’m made of fucking steel thanks to him and his cronies.

I reach for the phone, hitting speed dial number three, and give his lawyer all the information that I have…or supposedly have, and hang up.

I glance at the clock on the bottom of my computer screen noting it’s just after four o’clock and start to gather the few belongings of mine into my bag. I figure he won’t mind if I leave a little early. I’m never coming back here again anyways.

I set up the answering service for the weekend and walk with confidence to the elevator, hitting the down button.

The doors open and I step in, turning around to take one final look.

I reach the ground floor, ignoring Roxie’s rapid fire questions, and quickly push my way through the revolving doors letting the cool fall breeze wash over me. I fill my lungs with fresh air and allow it to soothe me.

A sense of accomplishment washes over me. The tension I’ve carried in my body for the past ten years releasing just a little bit.

Fucking him over was like a drug. I needed more and I knew where to get it.

One PITCREW member down. Six to go. 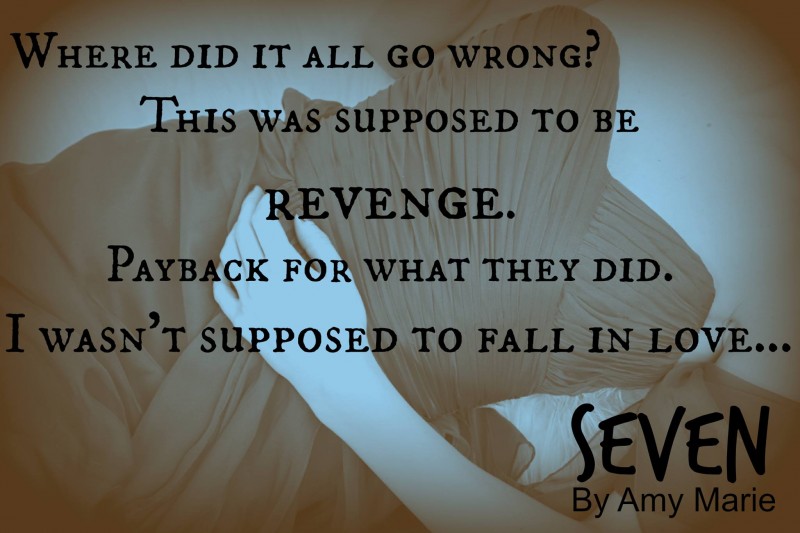 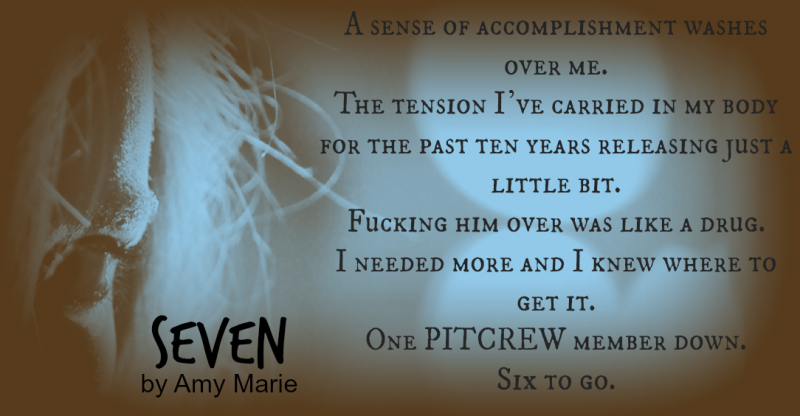 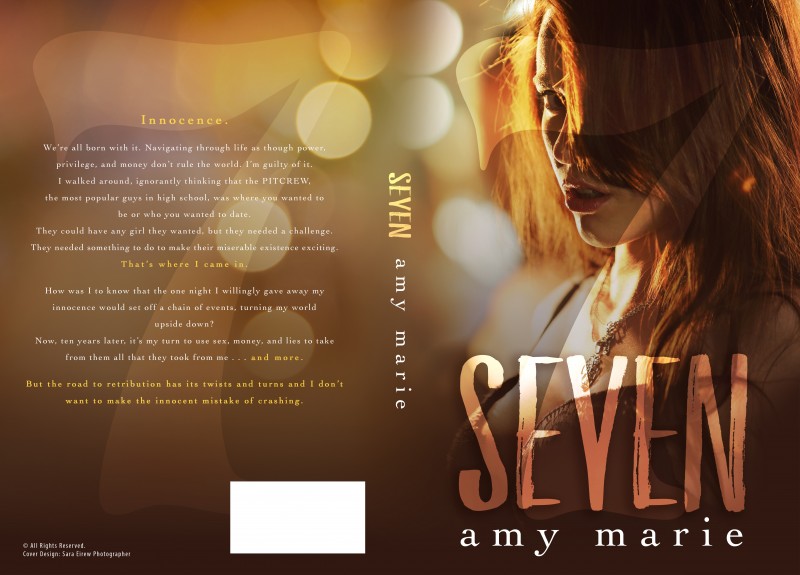 Amy-Marie was born and raised in the suburbs of Chicago and now resides in Virginia Beach with her fantastically crazy husband and two kids.

As an avid reader, she never dreamed of writing her own novel until the characters started haunting her at night and in the shower. Wanting to get it down on paper she set off on the journey that is more than she could have ever dreamed.

When not writing she can be found carting her kids around, breaking up their fights, cleaning up messes, teaching Zumba, or reading.