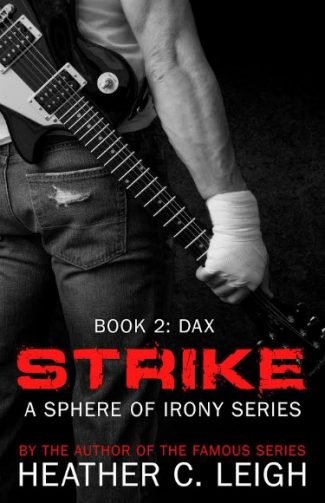 From a young age, Dax and his brothers are groomed to become money earners in their father's club. Broken bones and bruises are commonplace. Their father pits the brothers against each other to 'toughen them up' for the ring, using his rules to bend his sons to his will. His future is in the cage, not on stage where he dreams of making music.

Kate Campbell loves one thing in life. Well, two. Soccer and Dax Davies. Growing up in the poorest part of London, soccer is her personal escape from reality and from the fact that Dax doesn't seem to know she exists. She figures if she can be good enough at soccer, maybe she can get away from Hackney, and leave the poverty behind.

Kate doesn't plan on ever getting to know Dax as more than a passing acquaintance. In fact, she isn't meant to go with her friend to Dax's father's business, but that one night changes everything. 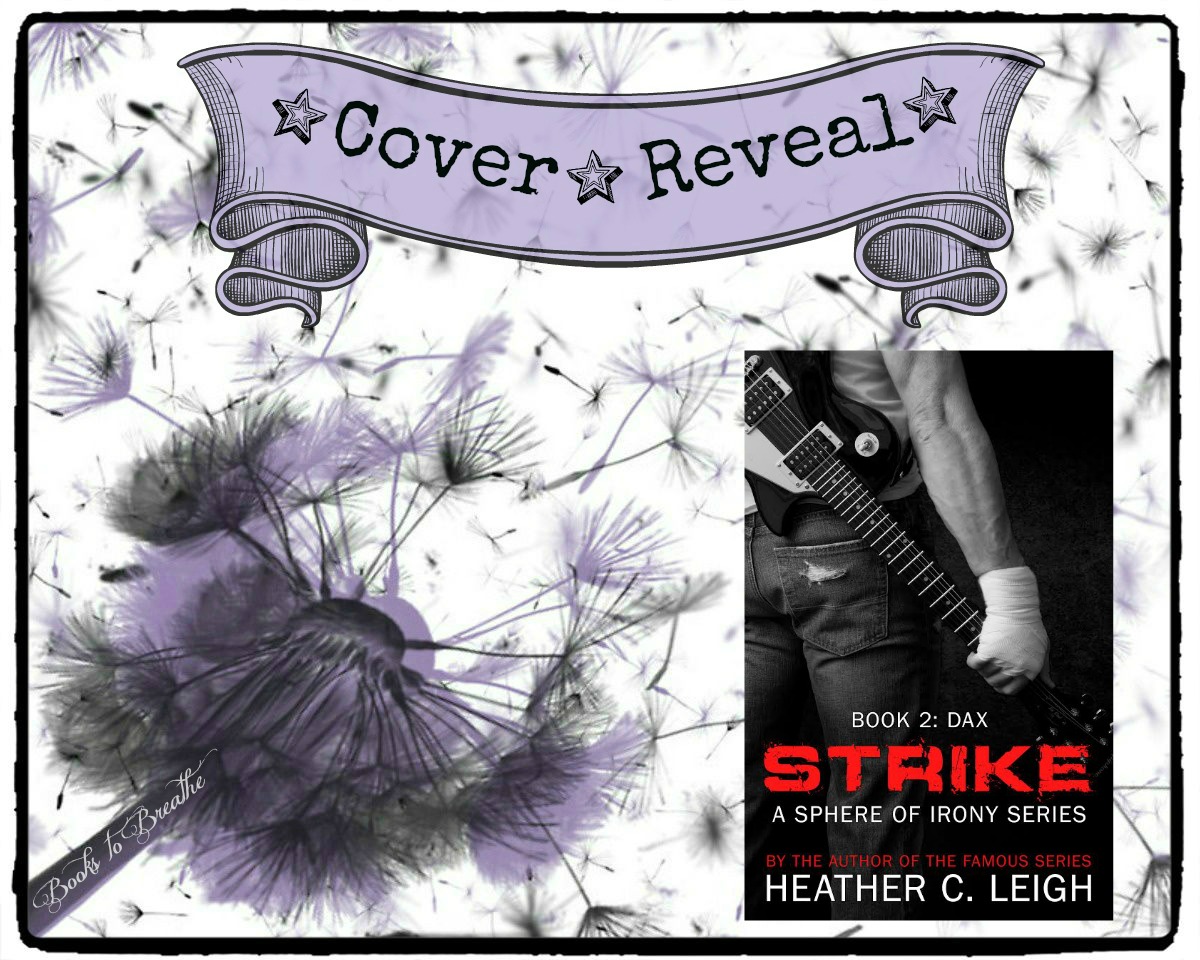 Meet Dax & Kate in the newest standalone in the Sphere of Irony Series. 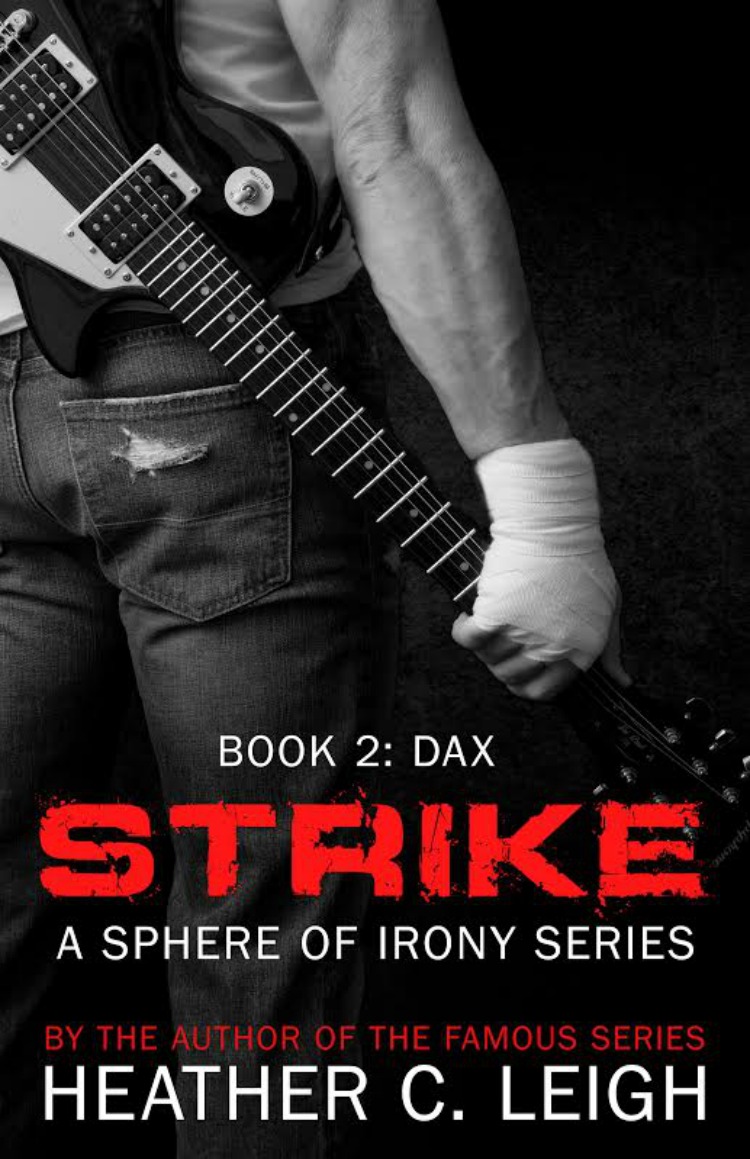 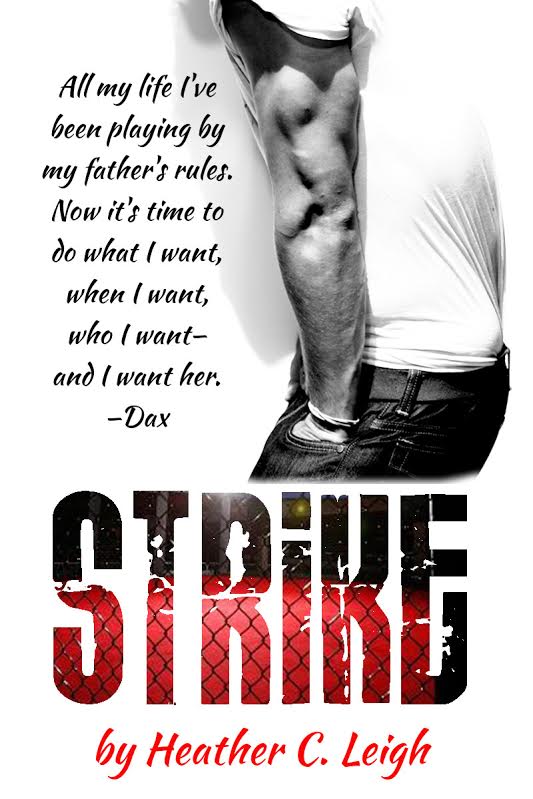 Dax has gathered his guitar and is holding open the door for me. “Yes, I suppose,” I say, flashing him what I hope is a sexy smile and not an awkward grimace. A second later, I feel utterly ridiculous in my pathetic attempt to seem flirty. I’m not flirty, not even close.

My attempt must not be as pathetic as I thought, because Dax’s usually glacial expression lights up and he grins back. “After you.”

Wow. Being able to pull that single smile from him gives me a heady sense of power. Dax doesn’t smile for just anyone. In fact, I’ve only ever seen him smile for Adam and… me.

Forgetting about my inadequacies for a change, we chat comfortably all the way to the tube station, have a laugh at the confused tourists on the train, and jostle each other playfully as we make our way to my flat. In fact, we’re having so much fun we don’t realize how handsy we’re being with each other our joking has me pulled against Dax’s wide chest, my head tilted back to stare into his molten brown eyes.

Our laughter cuts off abruptly. Something flickers behind those dark irises of his. Something that sends tiny sparks zinging down my spine, flooding my body with warmth. He looks as if… as if he’s going to kiss me. But he wouldn’t do that, right? I’m the sporty girl. The boring one. Not the gorgeous type a bloke like Dax would go for. Yet there’s no mistaking the heat in normally ice-cold his eyes.

Dax lowers his head, his nose brushing against my cheek. An uncontrollable shudder wracks my body and goose bumps cover my skin. His breath is hot on my ear. The contrast between hot and cold overwhelming my body is as thrilling to feel as it is confusing to see in Dax’s ever-changing moods. “Kate…” He inhales a ragged breath, as if merely speaking is painful.

Before I can blink, Dax’s huge, calloused hands are framing my face and his mouth brushes across mine. At first it’s just a whisper, a tease, the contact barely there. Then, I hear him inhale sharply and his lips press down forcefully, melding with mine, urging me to open up with quick flicks of his tongue. I melt against his solid body as he dominates the kiss, completely under his spell to do with as he wishes. It seems to go on and on—a small slice of paradise in this blighted spot of East London.

When he finally pulls back, greedily stealing a few more nips at my mouth, he closes his eyes and moans. “I knew you’d taste like heaven. You’re an angel, I just knew it.” His voice is so quiet I wonder if he meant to say it out loud.

Naturally, I stand there like an idiot, saying nothing… doing nothing. I’ve been kissed into complete stupidity.

Dax swipes the pad of his thumb over my damp lips. “See you at school tomorrow.” Without giving me a single hint of what he’s thinking, he turns and leaves. I touch my mouth, running a finger over the same spot Dax touched. My heart leaps into my throat, fluttering so fast I fear it may explode.

Great. I’m ruined. My first kiss and it was nothing less than brilliant. Dax Davies just ruined me for every other man from now until the day I die. 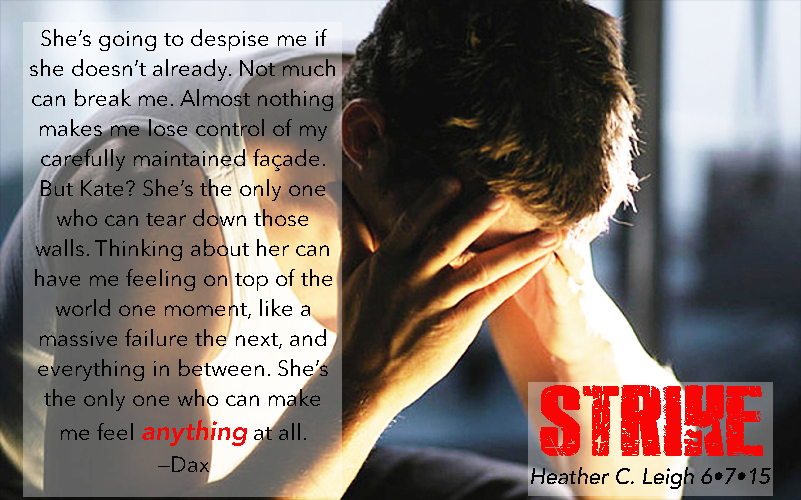 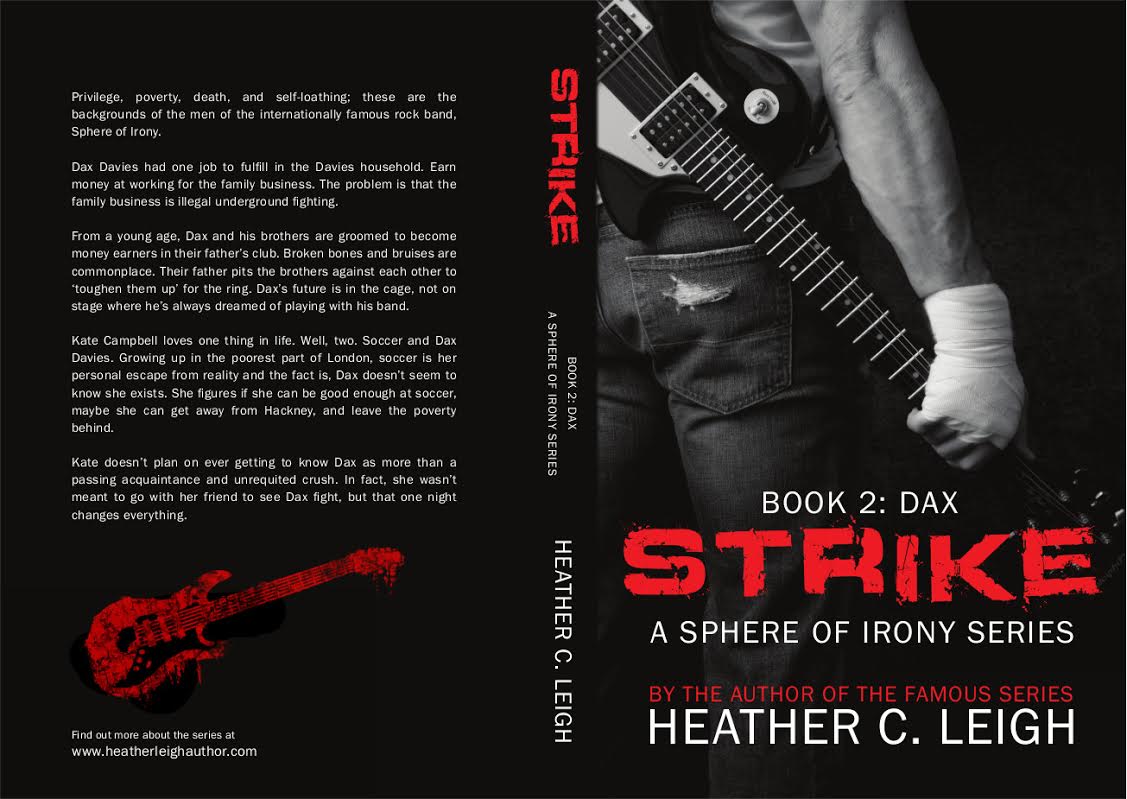 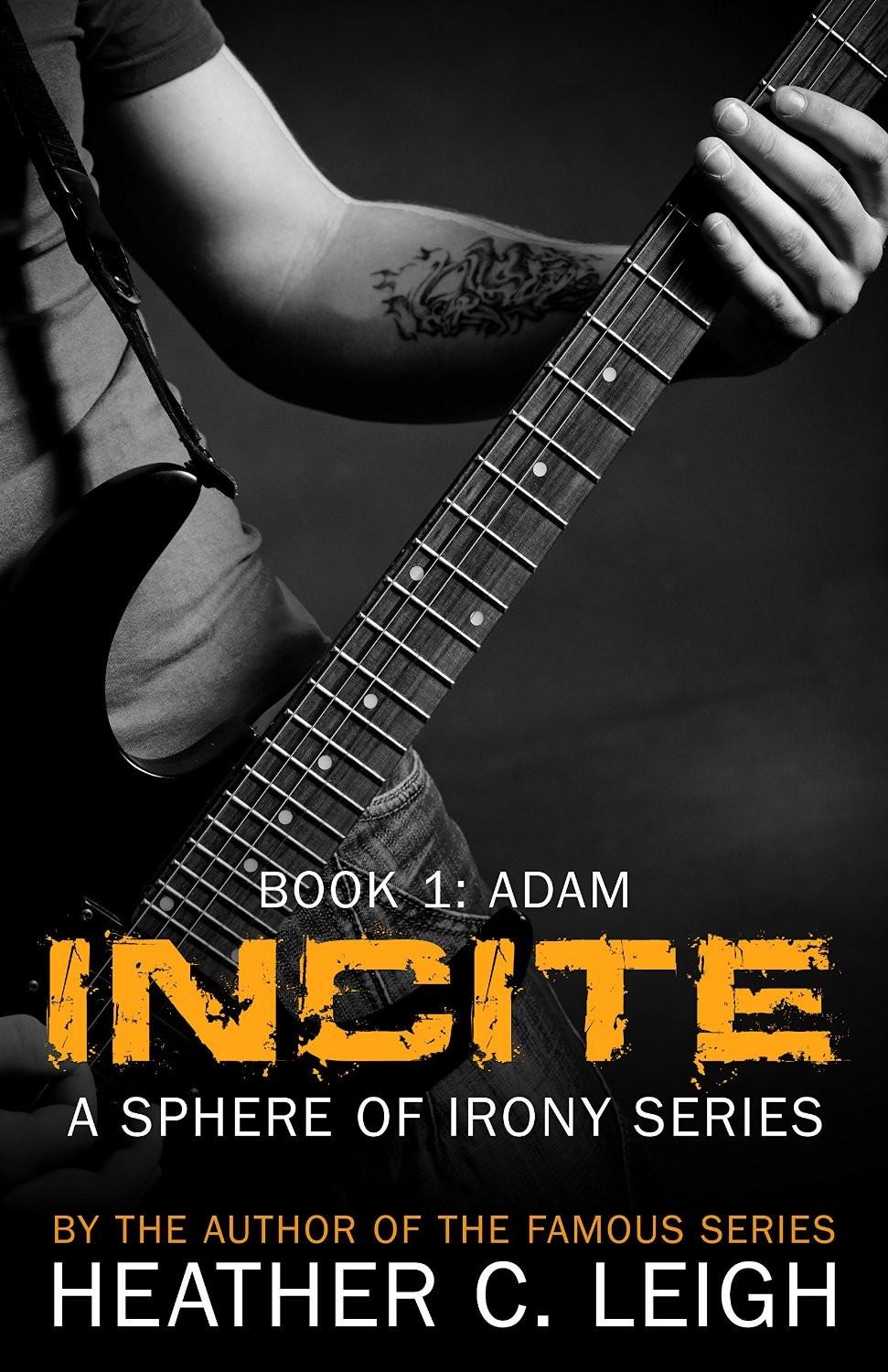 Cover Reveal: Bullseye (The Monsters Within Duet #1) by Monica James
Cover Reveal & Giveaway: Fight For My Heart by T.S. Dooley