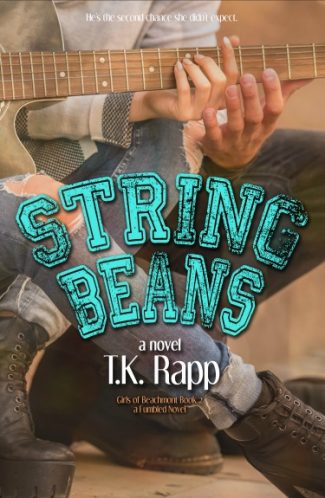 Viola Banks had music in her blood. As an aspiring song writer, she grew up wanting nothing more than to have her words sung for all the world to hear. But that changed when she fell in love and married a man whose ambitions became more important than her own.

And when it all fell disastrously apart, she realized she was left with nothing but shattered dreams and empty promises.

A fairy tale without the happy ending.

Trying to pick up the pieces, Viola decides to move to Los Angeles for a new beginning.

Her chance to find the voice she thought she had lost.

Wyatt Jenson’s life was settled. He had a job. A girlfriend. A future.

Moving back to L.A. to take over the family business was the last thing he wanted. But obligation called and he found himself putting down roots in the last place he ever thought he would be. He finds himself the new owner of String Beans, the local music hotspot and coffee shop.

It only takes one night, one song, one random encounter, and lives can change forever.

Viola has to learn to open a heart that’s been broken.

Because the only way to move on is to remember how to love.

Series: The Girls of Beachmont #2 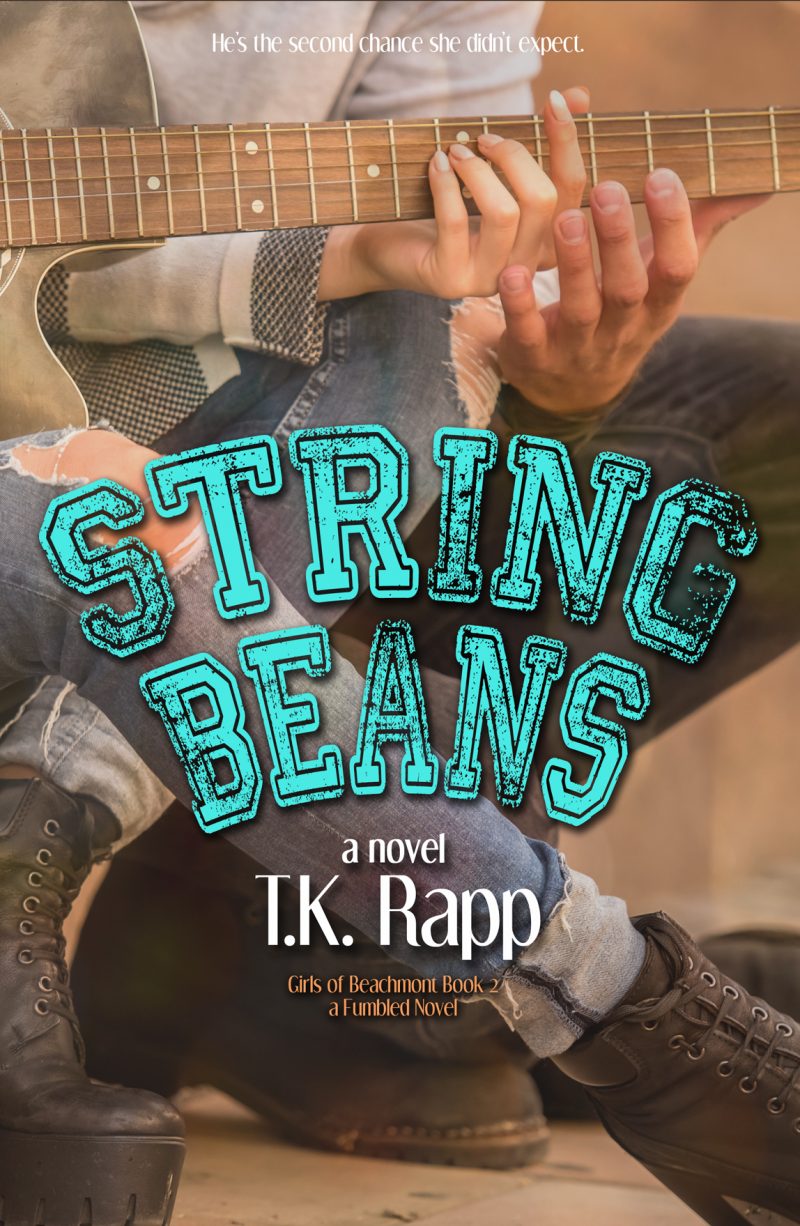 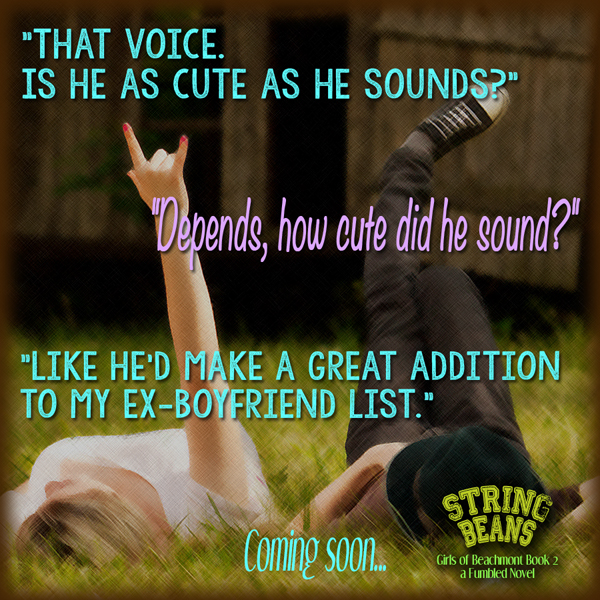 “Have you met Dallas yet?”

“Really?” I asked, intrigued with her limited description.

She pulled me toward a door, three down from my own, and knocked some strange beat before stepping back. A brown-haired man that was a little too pretty for my eyes opened the door and moved aside to let us in.

“Hey, Dallas,” she said flirtatiously. “I wanted to introduce you to our new neighbor.”

He looked me up and down, taking in my long flowing skirt and tank, before smiling.

“Yeah.” I smiled. Knowing that Dallas was gorgeous and gay took the pressure off and that made it easy to answer him. “Viola.”

“What brings you to L.A.?” he asked, closing the door behind us and walking to his couch. I started to follow, but stopped in my tracks when Callie spoke.

“Her husband cheated on her,” she said, and then looked at me. “Crap. That’s one of those times I should watch my mouth, huh?”

“Yep,” I muttered and then looked at Dallas and shrugged. “What she said.”

“Sorry about that,” he said sweetly. “How long?”

Dallas’ jaw dropped open slightly and then he laughed. “I like you.”

I smiled and glanced at Callie who looked like she was still trying to figure out what I meant.

“I think he meant…how long were you married?” she asked giving me a concerned look. 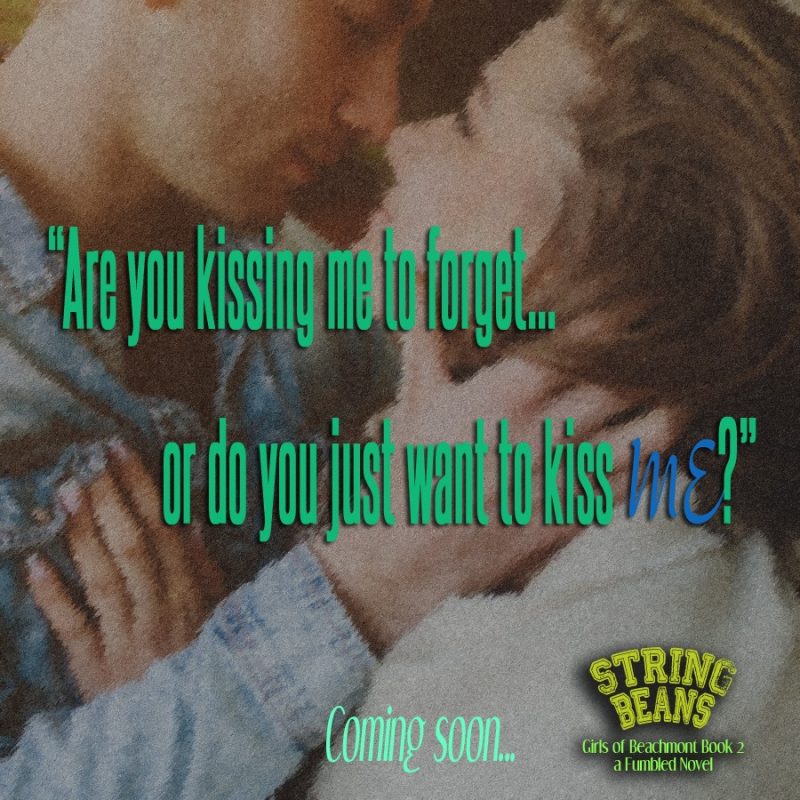 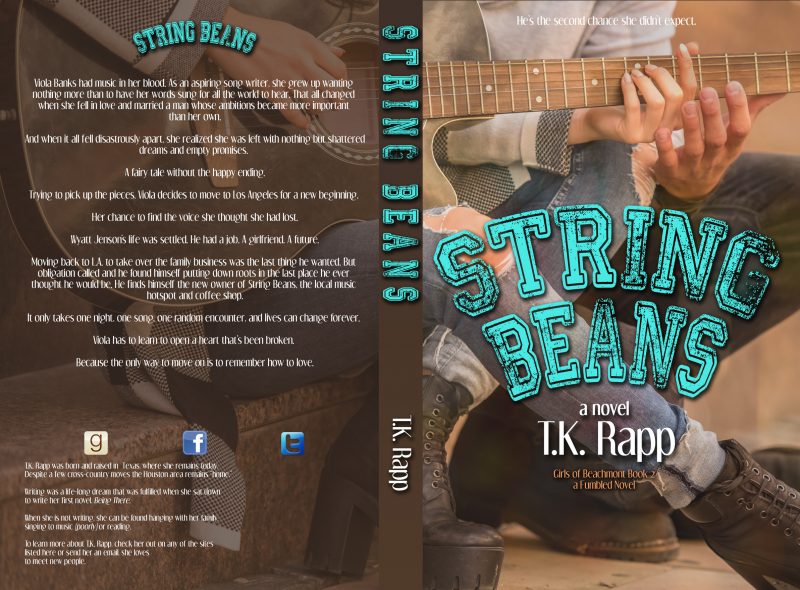 Fumbled (The Girls of Beachmont #1) 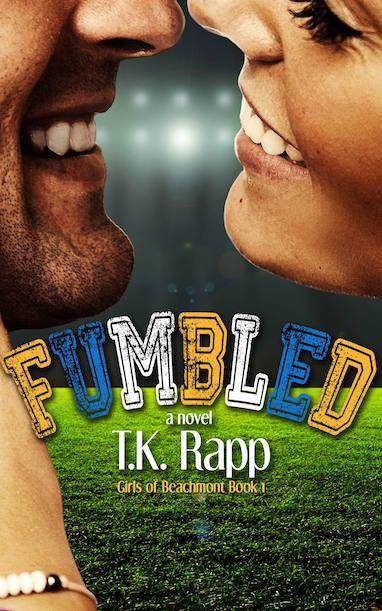 Dani Miner could have been voted least likely to be a damsel in distress.

Tabor Hunter should have been voted most likely to do the rescuing.

So when Dani gets a flat tire on her way home one evening, she is, at first, less than thrilled to be helped out by a man that is clearly too charming for his own good. Even if he is handsome. And buff. And the king of the thousand watt smile.

However, prickly Dani is eventually charmed by her hottie knight in shining sunglasses. And a brief moment spent on the side of the road on a hot summer evening quickly leads to a first date.

But what Dani doesn’t realize is that she has just agreed to go out with the very famous defensive end for the San Diego Quakes. And Tabor is thrilled to finally meet a woman who doesn’t fall at his overly athletic feet. This year’s most valuable player is excited to have a chance to be an ordinary guy with a less than ordinary woman.

But being a celebrity can put a real kink in your love life and Dani, a woman used to a much quieter life, is soon caught up in the high paced world of fame and football.

Can Dani figure out how to play the game before she fumbles her chance at happiness?

T.K. Rapp was born and raised in Texas. She would have stuck around there forever, but her husband was in the U.S. Navy, so they moved every 18 months. However, she didn’t mind, because she had the opportunity to live on both coasts and met amazing people along the way.

Now, finally settled back in Texas…for good, she is able to pursue her writing. When she’s not at her desk, she enjoys being with her family, shooting and editing photographs, visiting with friends or just watching movies.