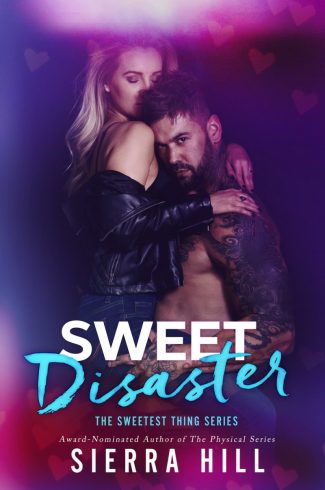 My life is a complete and utter disaster.

One major screw up after another.

In other words – I’m trouble.

I attempted college, but made a mess of that scene, too. Chalk it up to yet another disappointment in my parents’ ever-growing list of Kady failures.

Deciding I needed an escape from reality, my best friend and I flew off to Europe, where we were going to have the time of our lives.

The only problem with that plan is that I ran out of money after two weeks, and now I’m stuck in Florence, Italy with no means of getting home.

See? Trouble finds me wherever I go.

Gavin
All I ever wanted to do was play basketball. It’s all I’m good at.

I bypassed college and went straight to the pros. I’ve been playing overseas in Italy for six months, gaining fame, fans and having fun.

There’s only one problem. I miss home. I’m not too big to admit I’m homesick for my family and friends.

But that all changed when I heard from Cade Griffin, a former college hoops star. He called and asked me to rescue his sister, Kadence, who’s stranded and alone here in Florence. 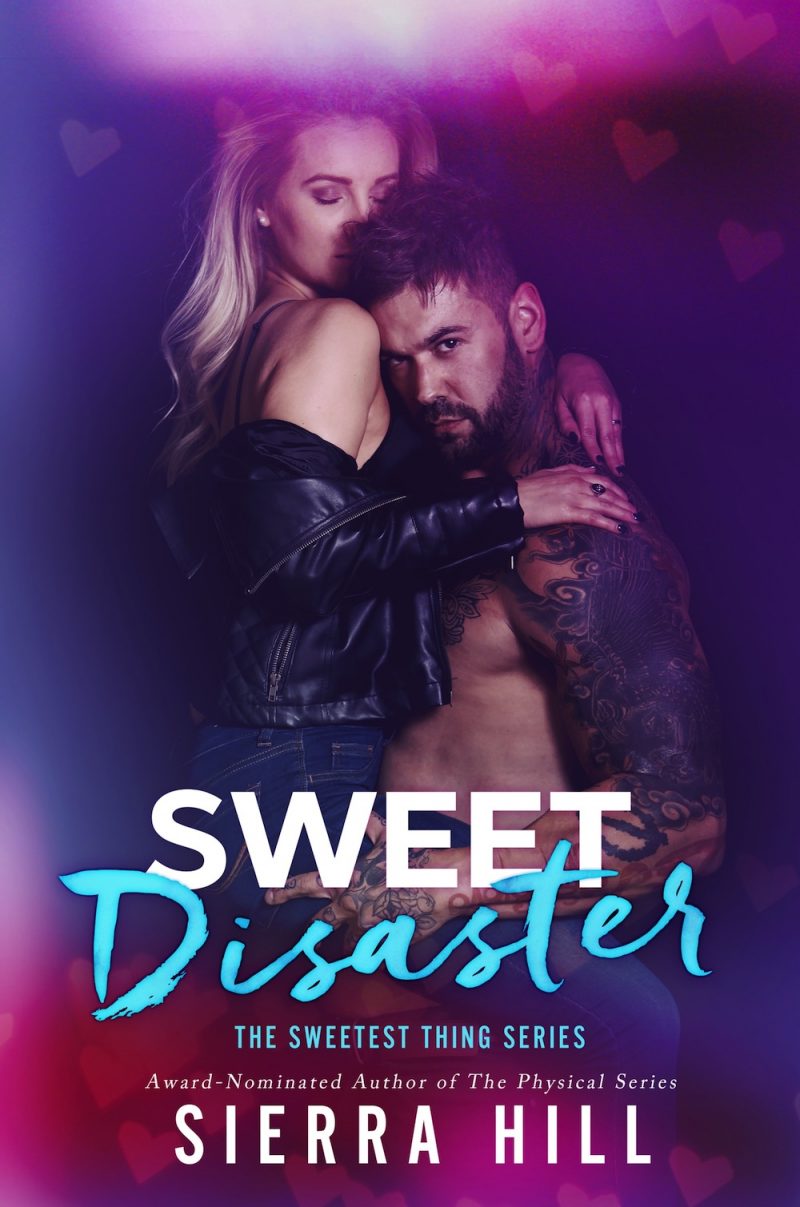 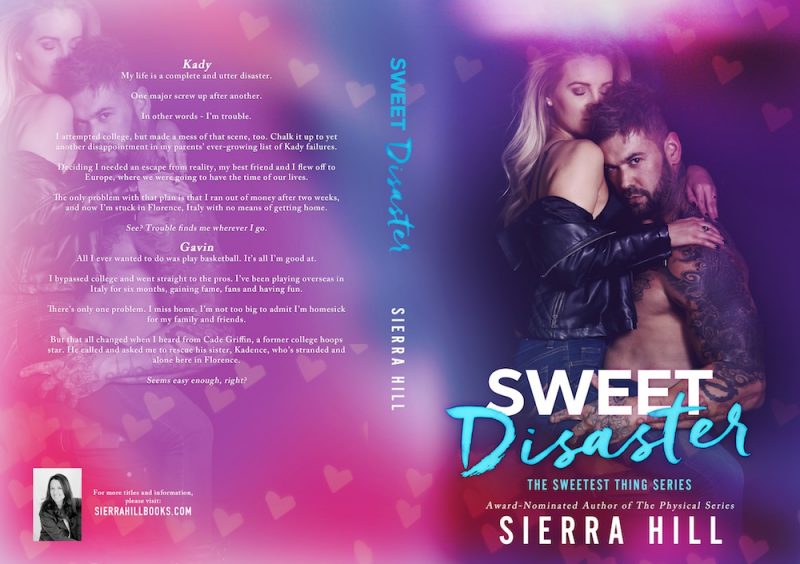 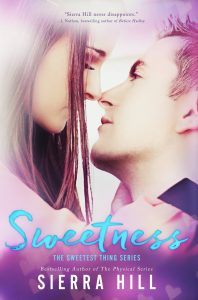 I’m the girl from the school of hard knocks.

Nothing has ever come easy for me. So forgive me if I’m a bit reluctant about Kincaid Griffin – born-with-a-silver-spoon in his mouth, conceited college hoops player. A guy who could get any girl he wants, and yet, is suddenly everywhere I am trying to woo me. The more I protest, the more persistent he becomes.

Let’s face it. As a college athlete, I don’t chase girls – they come to me. I’m as arrogant and cocky as they come, getting nearly everything I want, whenever I want. But there is nothing sweeter than a girl who plays hard to get. And Ainsley Locker is so full of confidence that she knocks me off my feet from the moment I meet her. She’s a challenge. And I like challenges. So I go full-court press to win her over.

But when a stupid mistake turns viral, slam dunking all over my life in a media frenzy, my spot on the team may be in jeopardy, along with my shot at winning the girl. 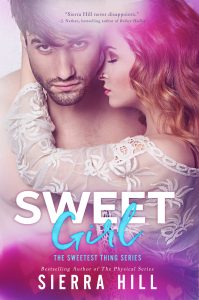 I’ve always lived in the shadows of my athletic older brother and my charismatic twin sister. And that’s okay by me. I don’t mind being known as the shy wallflower. The gawky geek. The sweet, virginal girl. Well, that’s one label I’ve been trying to shed since starting my freshman year in college this year. The thing is, no one’s ever looked twice at me.

Until I met Van Gerard.

He notices me. He looks at me and seems to like what he sees. He understands and listens to me. He’s become a great friend. The problem is, I don’t want him as a friend.

But my brother – along with a state line between us, and oh yeah, Van’s long-time girlfriend – are just a few complications getting in the way of what I want.

I thought my senior year in college would be the best time of my life. I’m a starter on a Pac-12 basketball team, set to graduate with a degree in Finance. I have a girlfriend whom I’d planned to start a future with. I thought my life was already mapped out.

But then the bottom dropped out with a confession I never expected to hear, from the girl I thought I knew.

Luckily for me, Kylah Griffin was there to break my fall. She’s the best thing this year has given me. She’s helped me through a devastating blow that could have sent me reeling.

I know she wants more, but I’m not sure I can give it. Now that I’ve been burned, I don’t think I can go there again. Kylah’s not a hook-up, and she’s definitely not a rebound. She’s a sweet girl who deserves more than to be friend-zoned.

If only things weren’t so complicated. 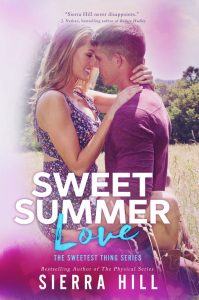 Everyone’s had a summer crush. One that’s etched into your memories so hard that it leaves an indelible mark, like a scar on your heart. For me, that crush is my first love, Carver Edwards. I met him at fifteen at summer camp, and for three perfect summers, he was mine. Until the blazing heat of the summer sun faded and reality crashed in. Carver went off to college, leaving me trapped in my small farming town, with no way of reaching him and a problem I needed solving.

As the senior captain of my college basketball team, all I’ve been focused on the past four years has been playing, school, getting drafted in the NBA, and steering clear of relationships. I didn’t want them. I had nothing to give another girl. I’d given it already. So, I built my rep as a player, and honed my natural ability to charm the pants off girls. It’s what I did. Who I was. Who I am.

Until March, when a lay-up during a tournament landed me in an emergency room, under the care of Logan Shaw – my first love. Of all the people I could run into, why did it have to be her? Not only did my face get split wide open, but so did the locks that held the pain I’d attempted to bury for so many years.

Now that she’s back in my life, we must face the truth and the consequences of our actions – even if it could destroy us. We must uncover the truths that have kept us shackled from moving forward.

That could possibly set us free.

Sierra lives with her husband and dog in the Seattle area and is a sucker for cheap accessories, loves anything dark chocolate, and enjoys attending traveling and attending live concerts. 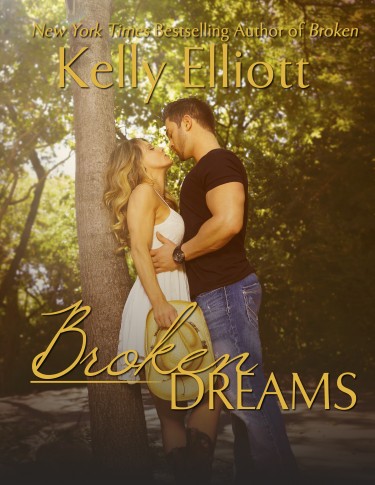