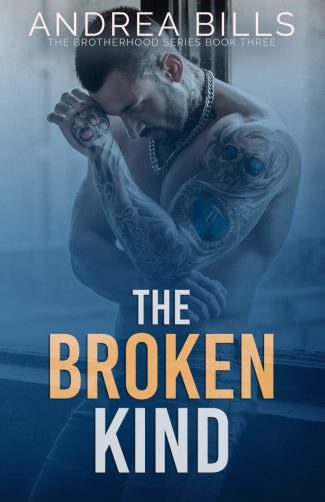 A simple rescue mission for Beryl’s niece, Blair, turns Kip's carefully balanced world upside down. She’s been held against her will for months leaving her physically and mentally battered. Kip is determined to finish what Blair started when she went undercover, but she’s just as determined to help.

Kip finds peace from his own demons when she’s around— which is both terrifying and freeing. He knows it’s selfish to crave her closeness because Blair has her own healing to do. Even still, her chaos calls to his own in a way that only someone as broken as him would find beautiful.

She’s the kind of woman whose strength, beauty, and intelligence would make a man go to war.

He’s the kind of man that stays in the dark because the light of the world doesn’t want him around.

Can love unite two tired, desperate souls or will it only exist as a catalyst to their own self-destruction? The odds are against them in this romantic suspense, but shouldn’t love be able to conquer all? 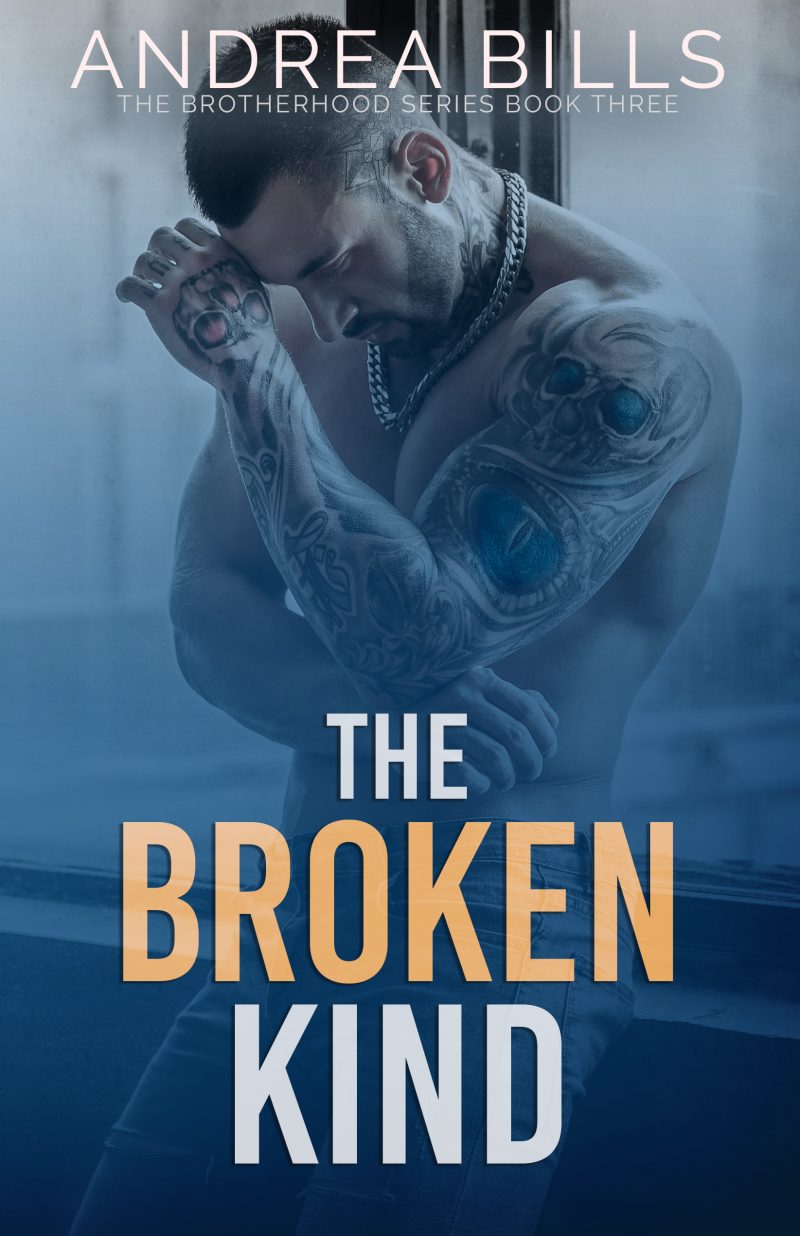 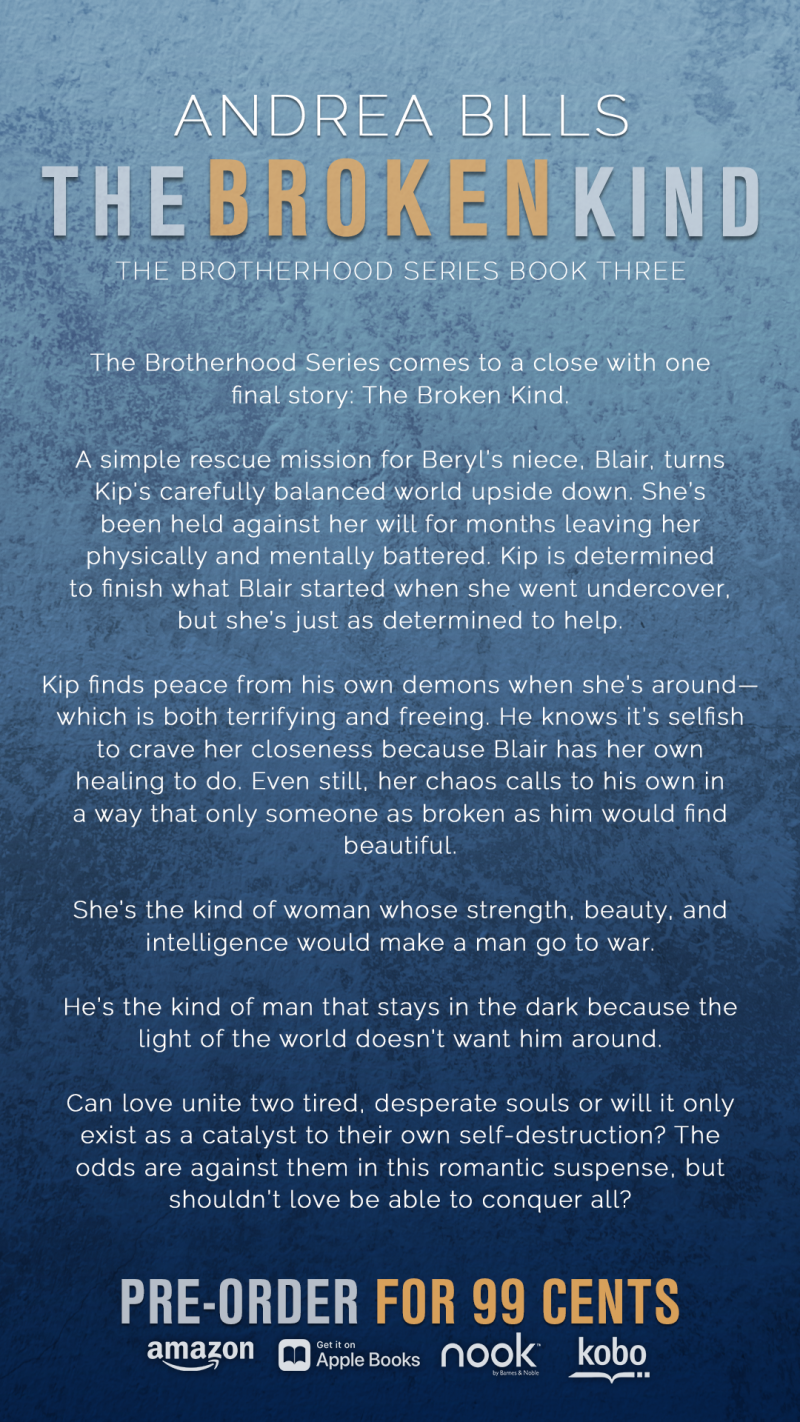 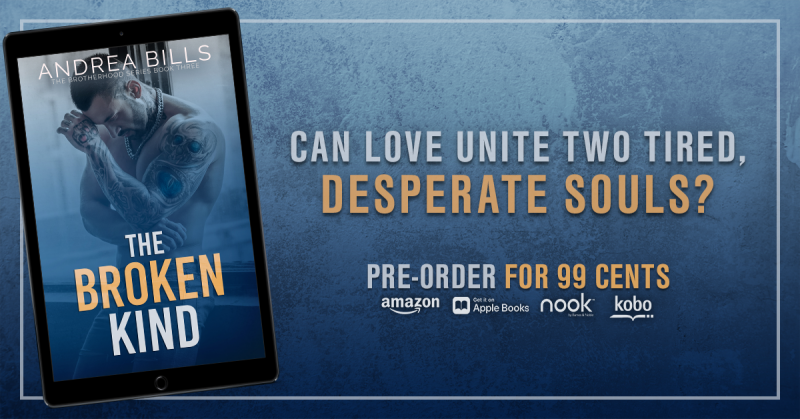 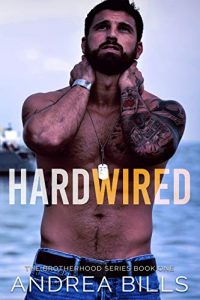 When Navy Seal Operative Luke Kiersey, who suffers from amnesia, is finally granted leave after five years, he finds himself driving to a house he doesn’t recognize in a town he’s never been to. The house is home to a beautiful woman and a little girl with big blue eyes. Day after day, he drives back only to hide in the shadows and wonder why he can’t seem to walk away from them.

His therapist says is PTSD.

His handler tells him he’s just not cut out to be part of the civilian world.

The dog tags that once hung proudly around his neck, now feel like a collar; leashing him to a life that he fears he didn’t choose. After the terrible things he’s done in the name of freedom, could he possibly be worthy of something as precious as the woman and child he continues to watch?

The Forgotten Ones (The Brotherhood #2) 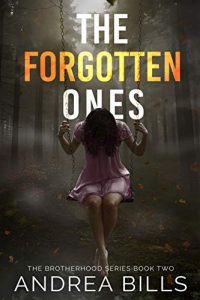 One small town.
One lost love.
One killer.

Agent Caitlin Cade is called back to her hometown by a serial killer. She’s avoided the town for six years, trying to create a new life away from the painful memories of the sudden passing of her father and a love lost.

Dean Campbell was given a mission that forced him to walk away from the only woman he had ever loved. Just as his mission is over and he can return to her news reaches him that a serial killer has Caitlin caught in a deadly game.

Can Dean handle not being the one in control in order to show Caitlin he’s back for good? Can Caitlin not only face her past but also a killer who always seems two steps ahead of her? As a game of chess plays out using human bodies, secrets and lies come to see the light of day for the first time.

Andrea is a wife, mother and writer from small town West Virginia. She spends her time while she’s not dreaming up lovers and villains alike chasing after her two kids and husband.

Her overactive imagination and her husband’s wacky dreams attribute to her love of the written word. Guilty pleasures include reading all night and Reese Cups.