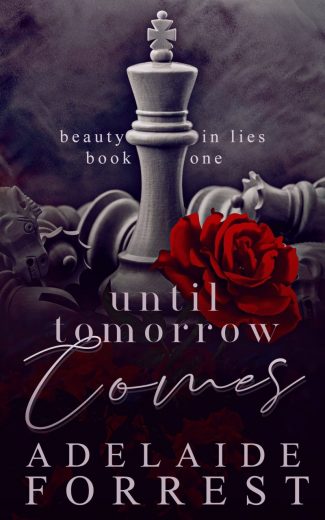 I came for war. I left with an obsession.

With one look, Isa captivated me. She consumed me, drawing me into her world without ever knowing the dangers of mine.

I intend to make her mine, no matter what lies I need to tell to manipulate her into falling in love with El Diablo. It should be simple enough, but secrets lurk in the depths of her multicolored eyes, and I’ll do anything to understand what broke her before I had the chance.

Because she’s mine to break.

Rafael Ibarra tore through my life like a raging inferno.

Consuming every part of me he touches, he promises to show me passion and the real Ibiza. Though our tryst can never be anything but temporary, I never want to leave the man who makes me wish things were different. But there’s a nightmare hiding within his multicolored gaze, a phantom rattling at the cages who wants to devour me, to take me and claim me as his.

I will never tell him my own. 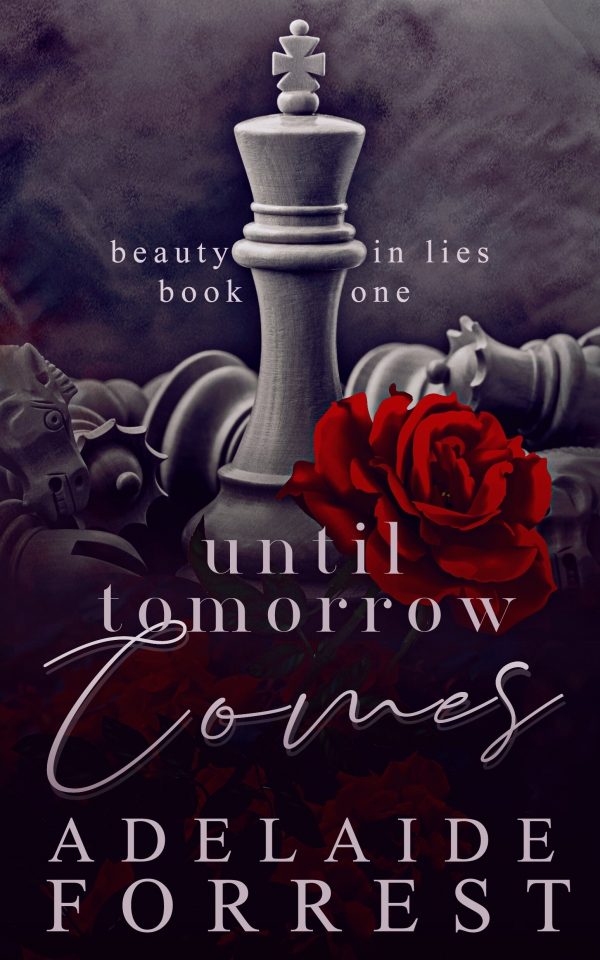 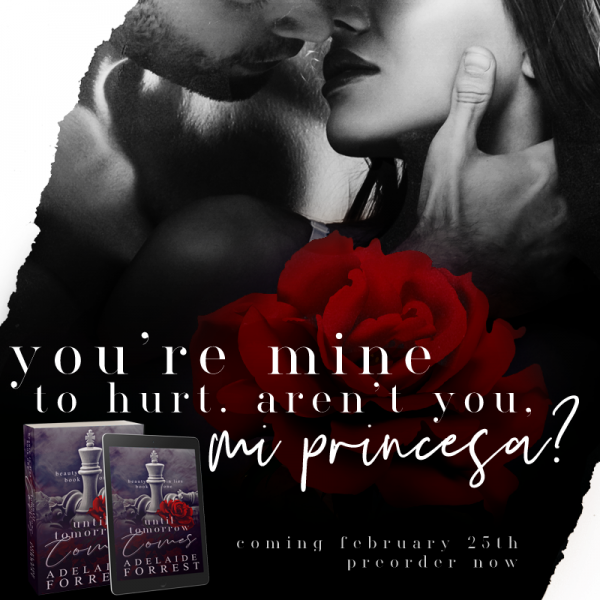 He quirked a brow, that intense gaze of his turning unsettling as he stared down at me.

“No,” he said, his lip twisting with the words. My pulse quickened, sensing that small hint of something that lurked beneath the surface. With a glance at the man standing next to the walkway up to and around the falls, I looked back to Rafael with a flare of my nostrils and purse of my lips.

I huffed in disbelief as I shook my head and fought back the surge of emotions within me. I’d been so fucking stupid to think he understood that my fear came from a place of trauma. From something not so easily overcome. Leaning into his space, I laid down the challenge I knew probably wasn’t my smartest move.

But something in the cruel set of his eyes made me want to defy him.

Something in the excited parting of his lips told me he wanted that too.

“Fuck this,” I snarled, turning on my heel and yanking my wrist out of his grip. Hiking my purse up on my shoulder, I strode down the road we’d entered in on and made for the main street. Once I had enough distance and found a safe place to settle, I’d call Hugo to come and get me.

But I’d be damned if I would get in that water with him.

“You don’t want to walk away from me, Princesa,” Rafael murmured at my back. The words crawled up my spine, insidious and menacing enough to halt me in my tracks, and I turned back to glare at him.

I swallowed my nerves, pushing down the budding fear that he brought with his carefully crafted words. Rafe could be terrifying when he wanted to be.

I just wasn’t sure if the frightening face was the mask, or if it was what really waited beneath the charming demeanor he gave me in all the other moments.

“And why is that?” I asked, pressing my lips together and turning back around to hide the slight tremble in them. He was the kind of man my grandmother warned me about with her stories. The temptation and lure of evil spirits, as they resided in people who looked just like us.

But evil couldn’t look like beauty carved in stone, could it? Even if it did explain why I burned when he touched me.

He stepped closer, until I felt the heat of his body at my back. He reached around me to grab my face and tilt it, so that I stared him in the eye with one of mine. “Because I’ll chase you,” he murmured, leaning down to touch his lips to my cheek in a slow brush of heat against my skin. His mouth slid up until his nose touched my hair, breathing me in deeply. He hummed just above my ear. “I think the real question is, what will I do when I catch you?”

I swallowed down the saliva in my mouth, clenching my eyes shut as I tried to think of an appropriate response to words like that.

What did one say, when the man she was falling head over heels in love with showed signs of being a monster?

“That isn’t funny, Rafe,” I whispered, stumbling over my own feet as he turned my body to face him. His hand gripped my hair harshly, tipping my head back until I met his unyielding gaze.

“Am I laughing, Princesa?” I shook my head slightly, wincing when his grip didn’t relent. “I promise you, I am far scarier than whatever you think lurks in that fucking water.”

He released me as suddenly as he’d grabbed me, taking a few steps away before he paused and looked back at where I stood, rooted to my spot and staring at him in horror. I looked to the road, watching as the man who stood guard puffed up his chest and stood a little taller.

It felt like I’d walked into a trap, and still didn’t understand even the basics of what it would mean for me.

A cage without walls. A pressing force on my chest.

“Don’t do it,” Rafael warned me, drawing my attention back to him. He held out a hand, waiting for me to take it. It was a test, I realized, as he forced me to decide my next move then and there. “I like it when you tell me no,” he murmured, making my breath freeze in my lungs as he tilted his head to the side and studied me. “I think I’ll like it when you fight me, too.” 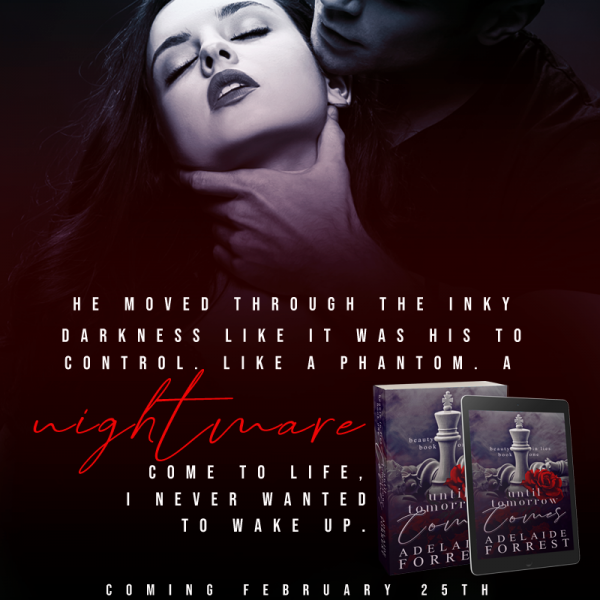 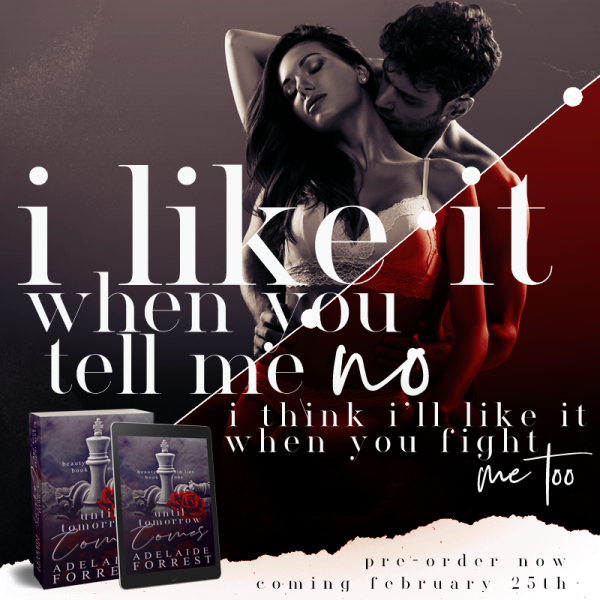 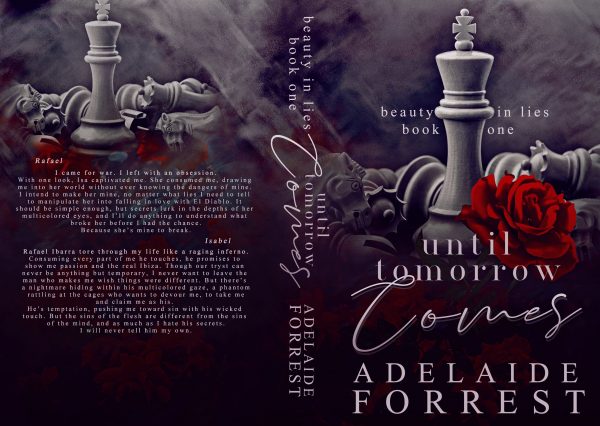 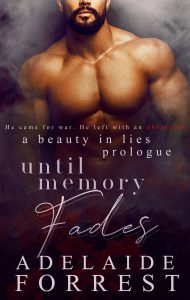 I came for war. I left with an obsession.

With one look, Isa captivated me. She consumed me, drawing me into her world without ever knowing the dangers of mine.
But secrets lurk in the depths of her multicolored eyes, and I’ll do anything to understand what broke her before I had the chance.
Because one day, she’ll be mine to break.

Until Forever Ends (Beauty in Lies #2) 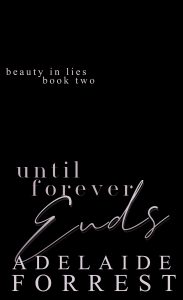 Some obsessions are forever.

Isabel Adamik made me need her. She made me crave her in a way I’d never seen coming. With tempting innocence tinged by that hint of darkness under her skin, she showed me everything I’d never dared to dream mi princesa could possess.
A Queen for the devil himself.
Nothing exists but the overwhelming need to make her mine in every way. To sear myself into her skin until she admits she loves me.

Some loves are worth killing for.

I fell in love with the devil, and he stripped away everything I thought I knew about myself. With beautiful lies and clever manipulation, he showed me a version of the world that seemed too good to be true.
Because it was.
He’s determined to possess me in every way. To strip down my defenses until there’s no part of me he doesn’t know. But sometimes…
Secrets are better left in the dark. 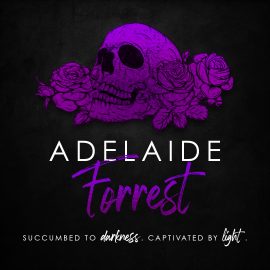 Adelaide fell in love with books at a young age and quickly discovered her love for writing soon after. Since then, she’s become a self-professed plot hoarder of over 300 book concepts.
After receiving her degree in Psychology, Adelaide went on to work in a therapeutic riding facility. When her daughter was born, Adelaide traded out her boots to be a stay-at-home mom. In 2019, she added author to those job duties after a lifetime of dreaming about it.

She lives in New York with her husband, two children, and their dog and cat who all make up the center of her world.