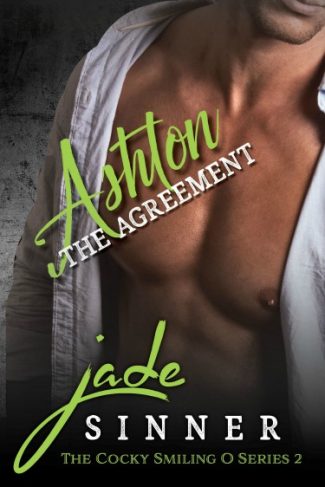 Ashton
Friendship—forever and always.
Sex—never.
That is our agreement. Besides, I'm not looking for sex. I get lots of sex! I'm also not looking for forever. I'm a now kind of man.
Jess has been my best friend since we were dirty faced kids finding trouble around every corner. We are the kind of friends who are always there for one another, through thick and thin, the one who knows each other's secrets and dreams. That can't change just because we've both grown up, or because she's beautiful, funny, smart and quick witted.
Until it does.
One call, one night. That won't change are agreement...then again, agreements can be amended, right?

Jess
Ashton is a manwhore. I've heard all his stories and despite them all, I love him.
Not the passionate love. I've never looked at him like that—like the cocky, confident, sexy, man he's become. Because to me, he's just Ashton, my best friend—until one night.
One night when I learn that the rumors are true, that in reality, they don't do him justice. His mad skills are off the charts. Yet, that can't change our agreement. One night has to be enough.
It has to be.
I'm not giving up my best friend for crazy hot lovemaking. But then again, do I have to?

Read this fun, predictable, short, hot, and steamy book and learn how friendship can become more! Ashton: The Agreement, is a standalone with a guaranteed HEA. Don't miss your next bookgasm. 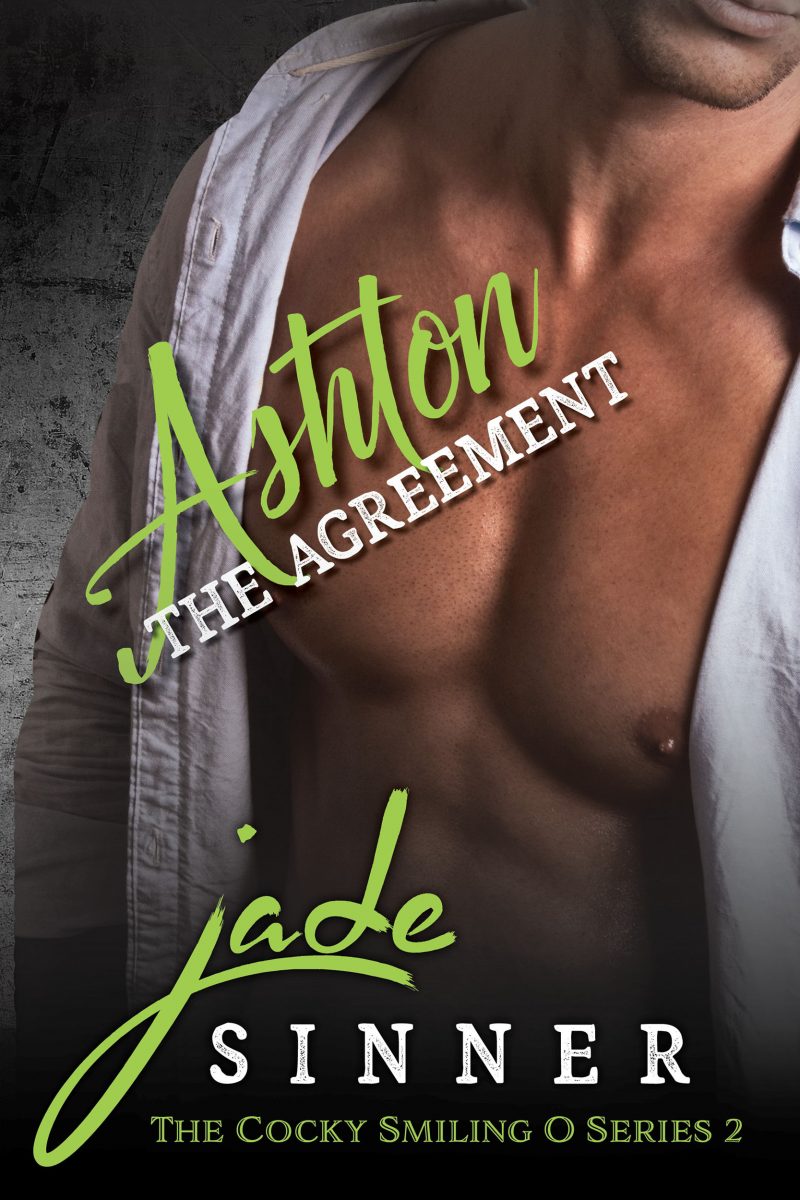 Maybe for the first time I’m recognizing what’s been in front of me forever and always. I lift my lips to Ashton’s as I reach out and stroke his jeans. Once. Twice.
With each stroke, his cock grows harder under the fabric.
He said something again about food.
“I think I have a better idea than food, something that will make me feel better.”
“Jess…”
My single syllable name becomes a full four as his eyes roll back and he lowers his head until his forehead rests on mine.
“Ashton Michael, don’t make me beg. I deserve this. You deserve this. I’m a damn good lay. I promise.”
“Fuck. Don’t say that. We…we have our agreement.”
I continue stroking his cock, the bulge in his jeans getting bigger and bigger. Harder and harder. He doesn’t try to stop me as his chest rises and falls.
“I propose a new agreement,” I say with confidence. But then, as I reach for the buckle of his belt, Ashton stops me.
“Honey, you know I love you.”
“And I love you. I have since we were five.”
Ashton’s cheeks rise. “You threatened to kick my ass when we were five.”
I shrug at the memory. With pink filling my cheeks, I concede, “OK. Since we were six. Now we’re both adults. We can do this and still be friends. I’m not wanting more—fuck forever. Right now I just want to feel loved. Do you really want me to get that at some bar? Because I’m getting it tonight.”
His arms tense and I know I’ve hit a nerve. He’s my best friend and protector. If I would have let him, instead of being here with me, he’d have gone to our apartment and Jack would be beaten to a bloody pulp.
Our apartment.
My stomach drops. It’s my apartment and he can get his ass out.
“No, but, Jess…”
I take a step back and reach for the hem of my shirt. Pulling it over my head, I watch as Ashton’s blue eyes grow in proportion to his cock as his gaze is glued to my boobs. They’re big and round and pushed upward in my pink Victoria’s Secret bra. “Either I’m going to crawl into your bed and have a sleepover with my best friend”—I reach for the button on my jeans—”or he’s going to need to tell me to go, and I guess I’ll look for somewhere else to stay, because I sure as hell am not going back to my apartment.”
Ash runs his hand through his sandy hair as he watches my next move.
“What will it be?” I shimmy out of my jeans. “Are you going to kick me out?”
“I don’t want to be a get-even fuck, Jess.”
My head tilts to the side. Ashton Michaels has never turned down pussy, no matter the reason.
I reach up and stroke his chiseled jaw. “It. Isn’t. And. This. Won’t. Change. A. Thing.”
“Our agreement?” he asks again with more uncertainty to his voice.
“Let’s have a new agreement?”
Wearing only my bra and matching boy shorts—the kind that show off my butt cheeks—I reach for Ashton’s hand. I’ve never noticed before how big it is. How long his fingers are. How strong his grasp is.
I take a step toward his bedroom.
It’s only one step, but suddenly, I’m pulled back into his arms. My waist is pulled tight against his erection, grinding against me, probing the flesh of my toned stomach.
For only a moment, I remember all the effort, all the working out, to be ready for my wedding and honeymoon, and decide I want to show off my toned body to my best friend.
I wince as Ashton tugs my hair, forcing my head backward until I’m staring up into his eyes.
The blue is different, deeper, stronger, and there’s something new.
“Tell me you’re sure.”
The crotch of my panties dampens.
“Ash…”
“No, Jess. Tell me.”
I try to swallow. In the last seconds, breathing has become more difficult. Fuck.
“I-I’m sure,” I say, my answer squeaking out.
What just happened?
I wanted to feel my friend close to me. I wanted the togetherness that Jack’s stupid escapade took away. I wanted a friend. But now? Fuck, now I’m turned on. My pussy clenches and I’m on a fucking high!
I’ve never seen this side of Ashton, the sexy side that others have seen. Now that I do, I want more.
Before I can say anything else, Ash pushes me backwards until my shoulders collide with the wall and he’s against me, all of him.
I moan as his stiff cock pushes harder against my stomach.
“Fuck, Jess, I’m not sure what’s happening, but I don’t do sleepovers, not anymore. I don’t do sweet. You know me.”
My nipples harden as he crushes my breasts against his chest. “I know you, Ash, better than anyone. Take me. I want to be consumed. I want to think about only you, the one man who’s never lied to me.”
His eyes narrow. “And tomorrow?”
“You’ll still be my best friend.” 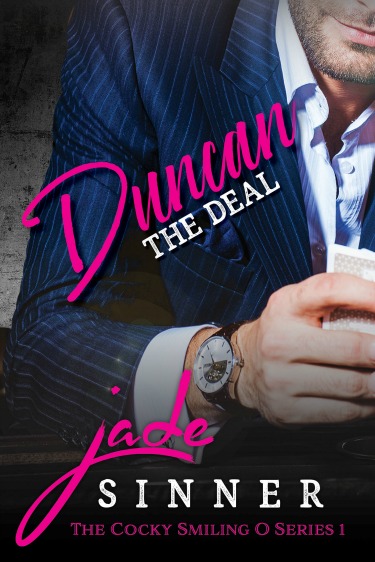 He’s dirty-talking and sex on a stick.
Duncan Willis should be on GQ, not the co-owner of the company where I work. He’s my boss, and he’s also arrogant and cocky, knowing how to melt panties with just a smirk. That’s why I’ve avoided him.
I might fantasize about him, but I don’t need that in my life.
Until…
Until I catch him—OK, hear him—in a compromising position.

Yes, it was hot, but that’s not the point.

I need a date for one weekend. He needs me to keep quiet about what I witnessed.
It’s the perfect blackmail…the perfect deal.
Until…
Until one weekend of fantasy leaves me wanting more.

Read this cheesy, predictable, short, hot, and steamy book and learn how fantasy can become reality! Duncan: The Deal, is a standalone with a guaranteed HEA. Don’t miss your next bookgasm.

Jade Sinner is two friends, two New York Times bestselling authors, and two chicks with a secret. We like to write sexy, dirty books—the kind of books that would make both of our mothers blush. Since we don’t want to see that across the Thanksgiving dinner table, we came together and created Jade.

If you have a secret too—if you like to read books that make you not only blush but flush—if you like quick reads, hot guys, naughty love stories, super-steamy sex scenes, and the promise of always having an HEA (Happily Ever After) then we have the books for you.
We won’t tell your secret if you don’t tell ours…

Then again, if you like our books and you don’t mind telling the world about our dirty little secret, by all means, please, share!

We promise to keep writing until we have enough to keep you and your friends busy with bookgasms late into the night!
You’re welcome!