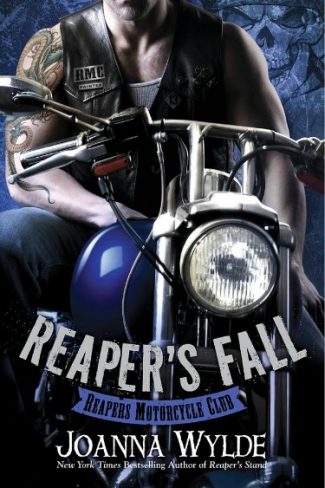 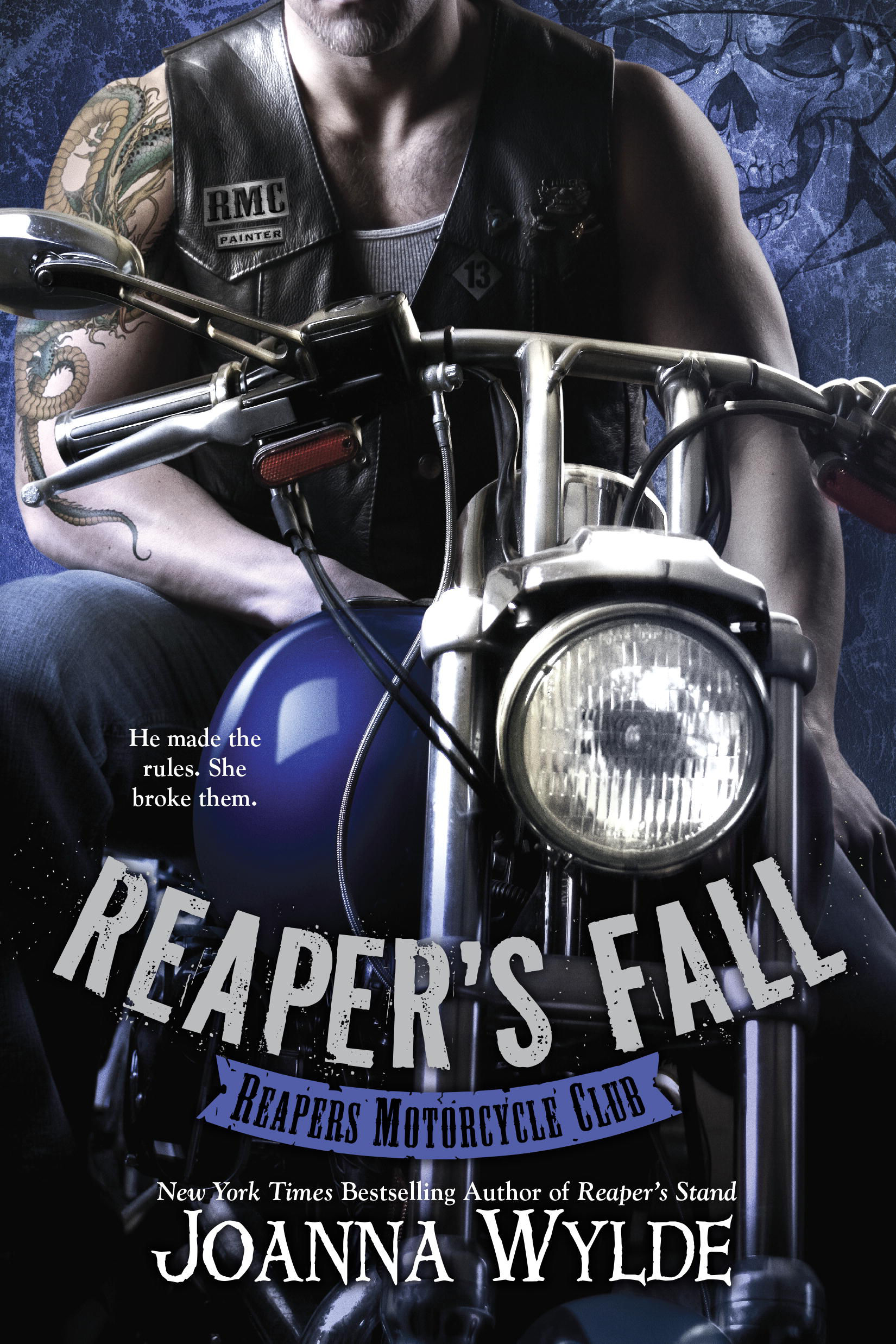 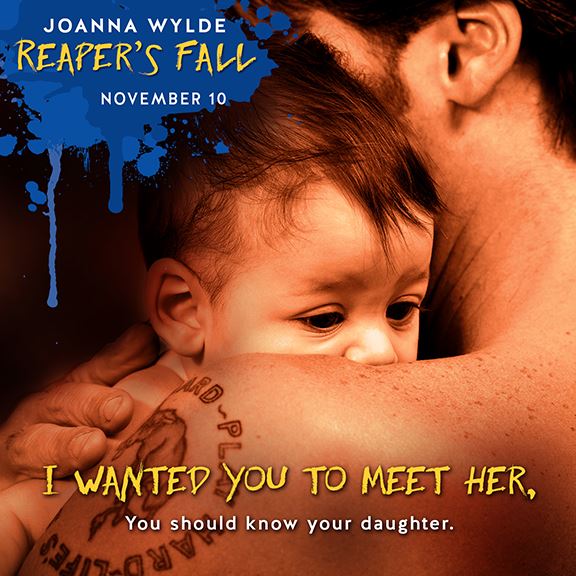 Reaper’s Fall is the newest standalone in the Reaper’s MC Series.  Painter & Melanie’s story will be available on November 10th and is currently up for Pre-order! 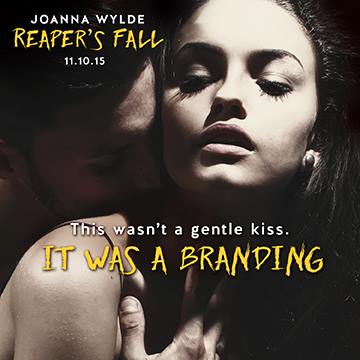 You know, I write these fuckin’ letters to you, but they’re fake. I ask about your friends and your school and whether you’re meeting people. It’s bullshit, Mel.

Yesterday I stabbed someone before he could stab me. Puck and I sold some shit to a bunch of white supremacists and we turned around and sold the same damned thing to some Mexicans. We had pudding with our dinner for dessert.

Then I jacked off three times thinking about you. Those are the highlights. Like a fairy tale, right? Remembering you keeps me going, which makes no fucking sense at all. I hardly touched you. I still think about what you smelled like when you sat next to me on the couch, though. You were just this little thing and you shivered under my arm. I know you were scared of the movie and I could’ve picked something else, but I wanted the excuse to hold you.

That’s when I started thinking seriously about us fucking.

I had this vision of shoving you into the cushions face- first, then ripping down your jeans and pushing so deep you’d feel it in the back of your throat. That’s the kind of guy I am, Mel, and that’s why you should stay the fuck away from me.

You give me the chance, I’ll pin you down and keep pumping no matter how hard you try to get away. I dream about it every night, I jerk off to it, and today I gave serious thought to killing a man because he has the same fantasies about you as me. That first night, I promised London I wouldn’t touch you, but my cock had already been hard for hours. Good thing she showed up when she did—saved your ass. How’s that for luck?

When I took you to dinner, I was going to be good. Tried to be good. I know you didn’t understand why I asked you out or what it meant. They needed you out of the way, Mel. That was my job—to keep you busy. And I promised London I wouldn’t pull shit on you but she’d been lying to us all along and I kept wondering if that meant my promise didn’t count anymore.

Pretty damned sure it hasn’t counted for a while now.

You were talking and smiling and blushing. My dick was so stiff it nearly snapped in half when I tried to stand up. Took everything I had not to throw you on my bike and ride off with you . . . I want to tie you up and come in your ass and shove my cock down your throat until you choke. I want your hair in little-girl pigtails so I can hold on tight while I fuck your face. I want you to cry and scream and give me everything. I want to fucking OWN you. How’s that for reality, Mel? You still want my advice about boys?

I’m coming home soon. You should run away while you still can, Mel. I’ll make you dirty, so dirty you’ll never be clean again. I’ll make you pay me back the hard way. You think you’re all grown up, but you’re not. There’s so much I could teach you . . . do to you. Jesus, if you only knew, you’d never write to me again.

You should move to Alaska. Change your name. Good luck, though, because I’ll find you and take you and—

I dropped my pencil, wondering why I’d thought this was a good idea. I wasn’t going to send it, of course. I’d send her some friendly little note and tell her she should be dating and having fun. But some part of me thought writing my real thoughts out might fix my obsession. Instead my dick was like a rock. Again. 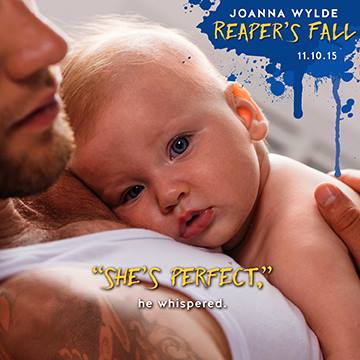 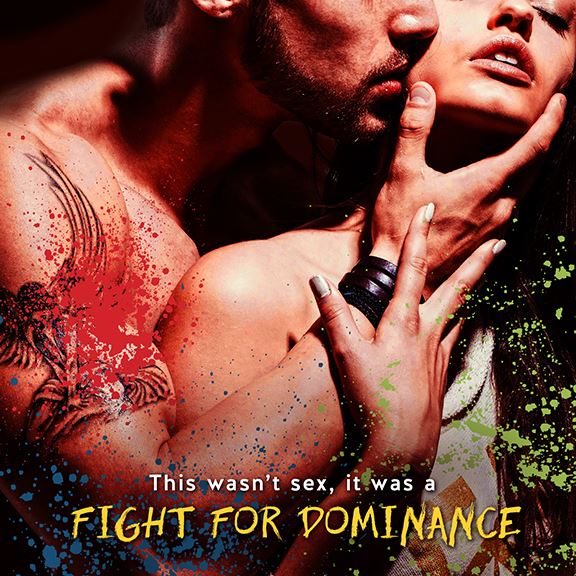 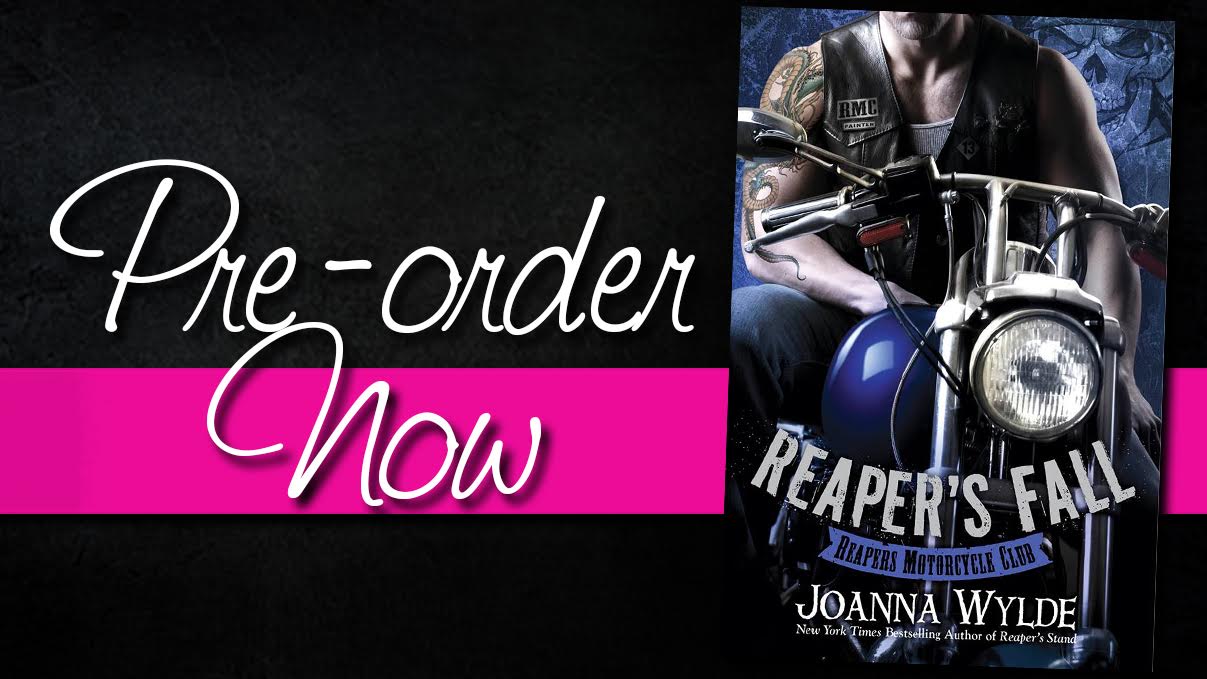 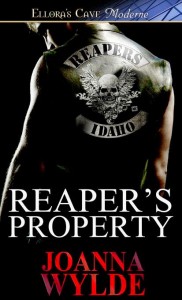 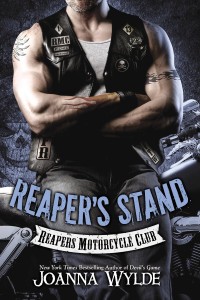 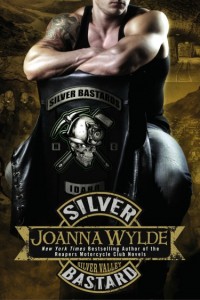 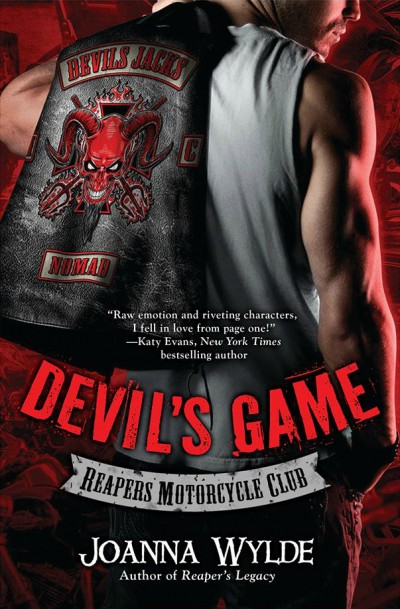