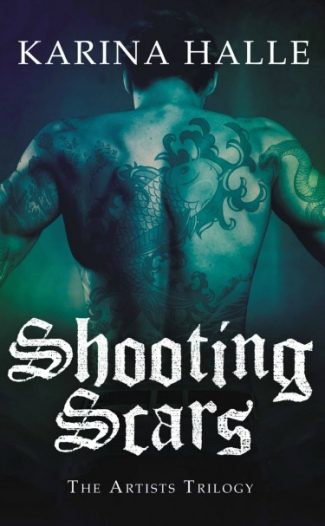 When Ellie Watt offered herself to her thuggish former lover Javier to save Camden's life, she never imagined the twisted game Javier had planned for her. Trapped by him and his entourage of killers, Ellie is forced to commit a dangerous, heinous crime-or Javier will kill Camden. Now ex-con artist Ellie must find a way to stay ahead of the game . . . before it destroys her and the only man she ever loved.

Camden McQueen can't forget Ellie Watt. Seeking revenge and pursued by the authorities for a crime he didn't commit, the talented tattoo artist does things he never thought himself capable of to save Ellie. As Camden straddles the line between love and retribution, he vows to do everything in his power to get her back. But if Camden unleashes his dark side, will Ellie still love him? 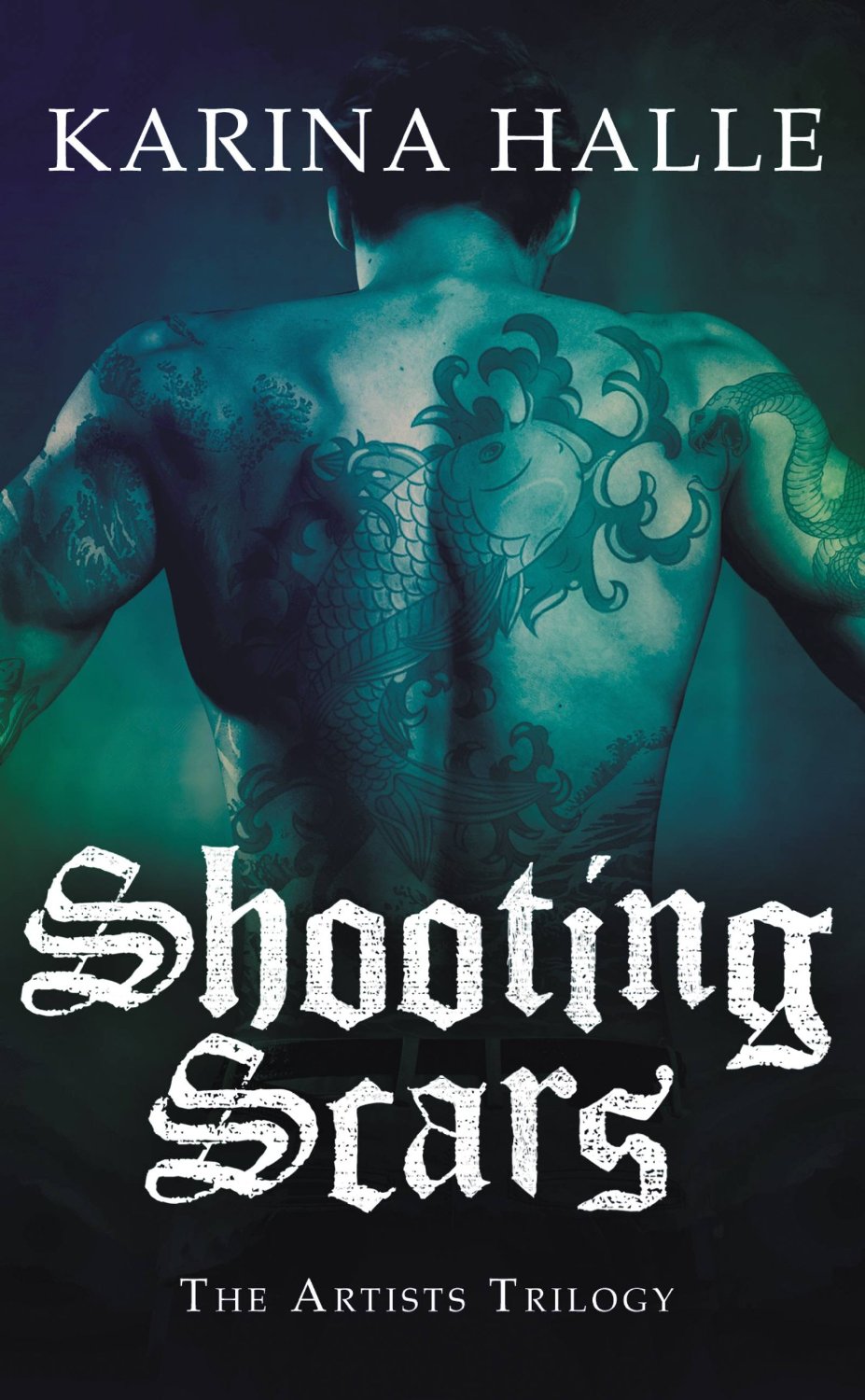 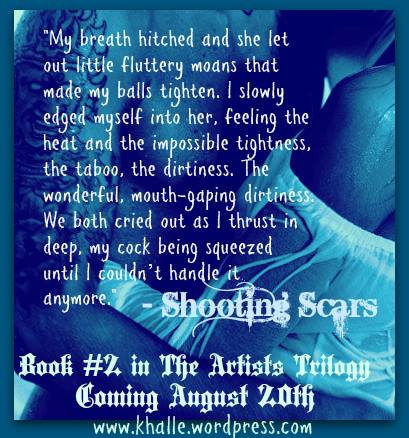 I hadn’t had a panic attack in weeks so it snuck up on me, like a hand reached around from behind me and began squeezing my lungs until there was no breath left. I started gasping for air, my hand at my throat, trying to take nothing in. Tears filled my eyes and spilled down my cheeks in dirty rivulets and my body began to shake.

I gulped and gasped unable to stop from crying, panic seizing me all over from my shoulders to my feet and I thrashed back and forth in order to get free.

Next thing I knew, he’d pulled the car down a private dirt road that ran between two orchards and he was undoing my seatbelt. He came around to my side and took me in his arms and away from the car. We disappeared into the orchards, the smell of orange blossoms in the air.

He put me down, propped up against a tree and smoothed the hair off of my face. His sunglasses and baseball cap were gone, his hair mussed, his worried eyes searching me.

“Hey, Ellie,” he said gently, running his hand down the side of my face and feeling the pulse under my jaw. “It’s okay, it’s all going to be okay.”

He cupped my face in his hands and forced me to look at him. “You can. And you will. You are strong. You are very strong. Right here.” He lay his hand in the middle of my chest. “You will do this and you will succeed.”

I finally found my breath again, the fresh air flowing down the sun-streaked orchard coming into my lungs. “I will fail.”

I sniffed. “I don’t even want this,” I admitted.

He cocked his head and let go of my face. “Then why are you doing this?”

“Because you’re making me!” I cried out. “You’re forcing me to!”

His head jerked back. “I am doing no such thing.”

I didn’t see the outburst coming. Suddenly Javier was in my face, his skin turning red, his eyes narrowing into viper-like slits, all yellow and full of hate.

“He is not your Camden!” he screamed. I closed my eyes.

Then before I knew what was happening, I had wound up my hand and slapped him hard across his face. The sound ricocheted down the groves.

I waited, surprised at myself, breathing hard. I watched as his face contorted in the same type of shock. And then something odd flashed across his brow. Something like betrayal. I knew betrayal all too well. I knew it had been on my own face when I found out what Uncle Jim was planning to do.

I slapped him again, harder this time, my palm stinging like I was being stabbed with a million tiny knives. “That was for my uncle!” I cried. “You killed him.”

Now I wound up for a punch and decked Javier right in the side of the head. “You killed him,” I repeated, tears streaming down my cheeks again. “You keep taking everyone I love away!”

The whole time, Javier just stayed there. Not ducking my hits, not getting out of the way. He just let me, watching me with that same look upon his face.

I got up into a crouch and decked him in the head again, my knuckles exploding in pain. “Come on!” I pushed my hands into his shoulders and tried to throw him to the ground. He fell easily, and I threw myself on top of him, throwing punch after punch after punch until he finally reached up and grabbed my wrists with both his hands.

“I’m not going to hit you,” he said, gazing deeply at me with wild eyes, his lip bleeding. “You can hit me all you want but if you’re doing it so I can hit you back, it won’t work. You’ll just break every part of me.”

“I want to break every part of you!” I exclaimed but gave up and collapsed on him. “I want you to break,” I whispered, my head on his chest, my eyes focused absently on an orange tree.

“You have,” he said softly, his hand stroking the back of my head. “I told you that you broke me when you left. And you did. I’m not lying to you.”

“No. Not now.” His voice dropped a register.

I raised my head to look at him. He brought his hands on both sides of my cheeks and held me there, his eyes searching me for something.

“Angel,” he said through a breath.

He pulled my face to his, my lips meeting his, slowly. Just a taste of blood and tears. Lips and tongue. The sensation pulled me under, the heat that spread from him and through me, the memories mixing with the smell of orange blossoms. All the pain disappeared as our kiss deepened, all the worry, all the danger melted like my lips and his did together.

It was wrong. So wrong. And I didn’t care. Like I had so many times before, I was willingly bad. 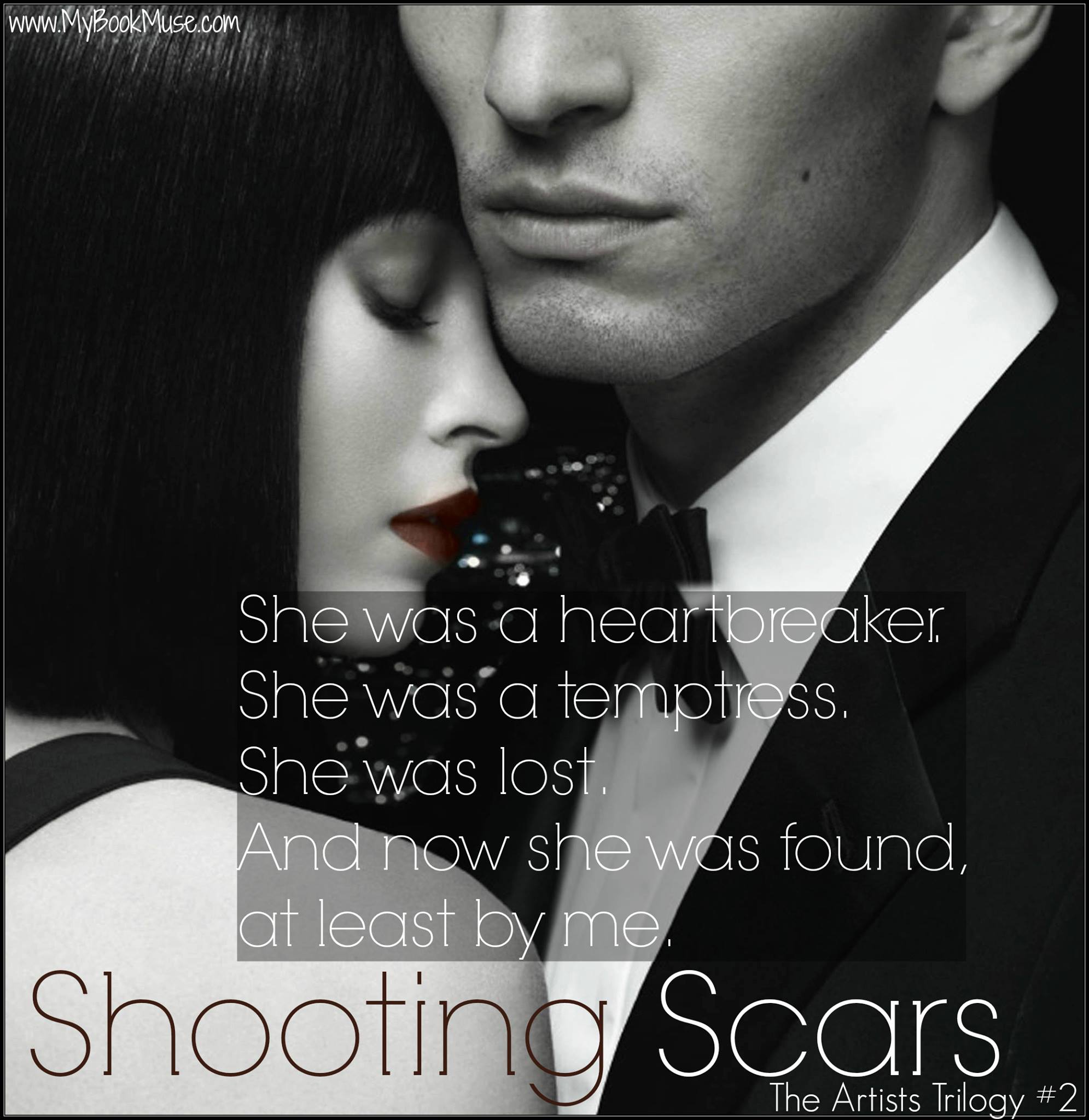 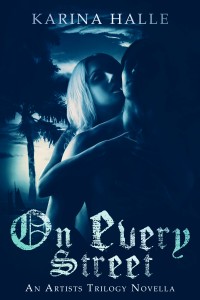 Recommended to be read AFTER Sins & Needles (book #1).

When young con artist Ellie Watt decides to call herself Eden White and go after the drug lord who ruined her as a child, she never expects to fall for one of his henchmen. But Javier Bernal is no ordinary man. Subtly dangerous and overwhelmingly seductive, Eden finds herself passionately in love with Javier, the very person she’s set-up to betray. With her body and heart in a heated battle against her deep need for revenge, no one will walk away from this con a winner. 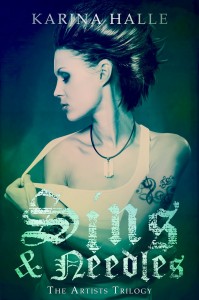 Ellie Watt is used to starting over. The daughter of a grifting team, Ellie spent her childhood being used as a pawn in her parents’ latest scam. Now she’s much older, wiser and ready to give her con artist life a rest. But returning to the dry desert town of Palm Valley, California means one more temptation than she bargained for – Camden McQueen. Once known as the high school weirdo, Camden is bigger and badder than the boy he used to be and a talented tattoo artist with his own thriving business. Ellie’s counting on Camden still being in love with her but what she’s not counting on is how easily unrequited love can turn into obsession over time. When Camden discovers Ellie’s plan to con him, he makes her a deal she doesn’t dare refuse, but her freedom comes with a price and it’s one that takes both Ellie and Camden down a dangerous road. 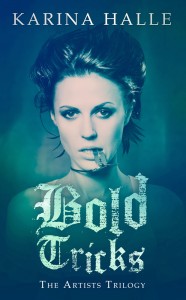 With more lives at stake and games in motion, Ellie, Camden and Javier form an uneasy alliance that will take them from the treacherous streets of inner-city Mexico to the wilds of the Honduran jungles in order to find their freedom. But with liberty just on the horizon, the cost might come at their own redemption.