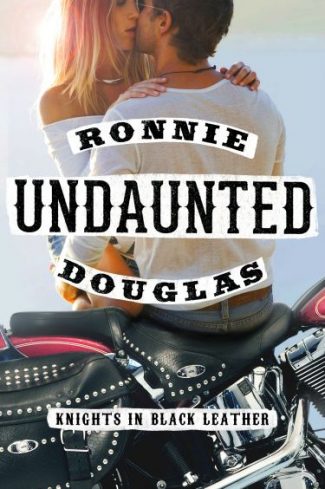 Aubrey Evans needs to get her life back on track after her father is indicted for embezzlement. All she has to do to hightail it out of small-town Tennessee is save up money for college tuition and steer clear of hard-muscled boys on motorcycles. Yet there's no ignoring someone like Zion. A knight in black leather, Zion looks like every bad idea she's been told to avoid, but she can't resist him. Whenever she's in trouble, he's there. Appealing as his rough exterior may be, it's the protective, principled man beneath who tempts her like crazy.

Zion knows Aubrey doesn't intend to stick around. She claims to want only friendship, but he senses there's a naughty girl hiding on the inside—one whose intense desires match his own. For now, he'll be patient and play by her rules. But he knows it's just a matter of time before he weakens her resolve.

As they join forces to figure out who's behind a local crime spree, it's clear that the danger goes deeper than Aubrey guessed. And when she needs someone tall, dark, and undaunted to keep her safe, Zion intends to be there—now and always.

Being fearless has never looked so good… 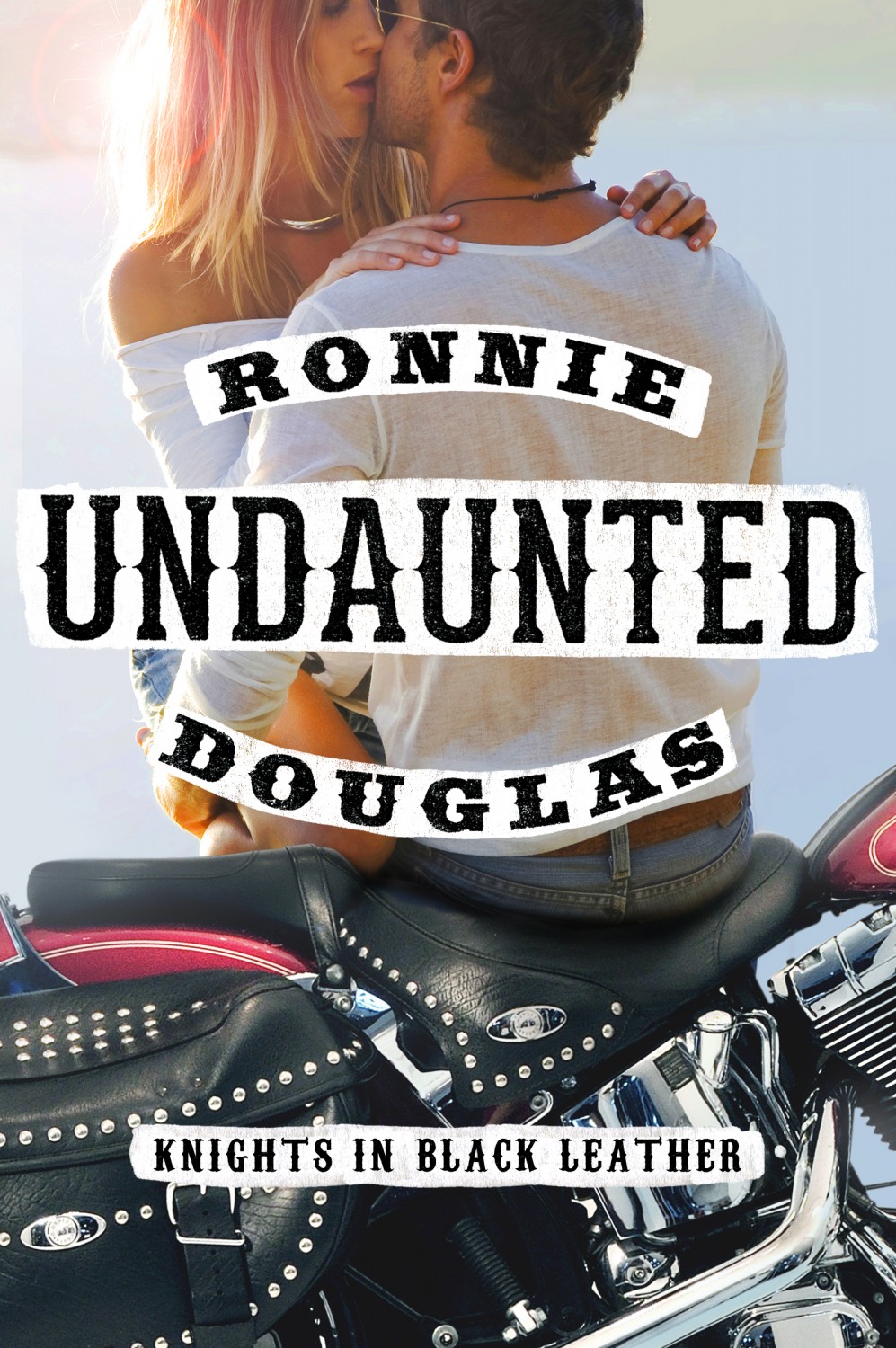 Time ticked by awkwardly as I stared at the man in front of me. Now that he was crouching in front of me, I could see more details. He was tall, built, and no older than twenty-six. His weathered jeans weren’t snug, but they fit well enough to make it very clear that there was no fat hidden on him. It didn’t make sense, but he also looked familiar. I didn’t know where from, but I could swear I’d seen him before.

“I am.” I squinted at him, trying to decide if he was any less attractive if I didn’t stare at him quite as full-on. He didn’t get any less gorgeous, but he did seem increasingly familiar. I just wasn’t sure why. “How do you know my name?”

Great, he fought like violence was beautiful, looked like he’d been modeled on Renaissance paintings, and listened when people spoke. Where was he when I was looking for a distraction earlier?

“Thanks. He was insis . . . insistingt. . . pushy, but not . . .” My skill with words—which was usually pretty good—was apparently still a bit absentee. I cleared my throat nervously and added, “Paint-thinner flavored booze, bad for the vocab’lary.”

“Are you here with someone?” Zion asked. “Someone you could call or we could find.”

“Nope.” I folded my arms over my chest, not thinking about the friends I’d summarily cut out of my life when my father made the news. “Don’t know anyone here. I don’t belong in Tennessee, you know? Was second year Reedie . . . in Portland. That’s where I belong.”

“Uh-huh. Reed.” I sighed and squinted at him. “This isn’t Portland.”

“Tennessee is a long way from Oregon.”

When he stared at me, I tried to figure out what to do next. My brain was too fuzzy to stay focused on much of anything, and truthfully, I wasn’t great at social skills even when I was sober. People always seemed to be doing and saying a lot more than the actual words they used, and sometimes it left me at a complete loss.

After a few quiet moments, Zion scooped up my bright red jacket from where it had fallen when Quincy was pawing me. “Let me take you home.”

“No,” he said, dragging the word out a little. “Wherever you’re staying here in Williamsville.”

I pushed away from the tree and lurched into him. He was warmer than the tree, but just as firm. I tilted my head and looked up at him as he pulled me to my feet. My chest was smashed against his, and he wrapped his arms around my waist to steady me. I could feel what I suspected was a gun strapped to his side under his jacket. I’d never been that close to a gun before, and for a moment, it made me nervous. He had rescued me, but the gun made me considering stepping backward.

“You seem like a bad man. Why are you helping me?” I asked. 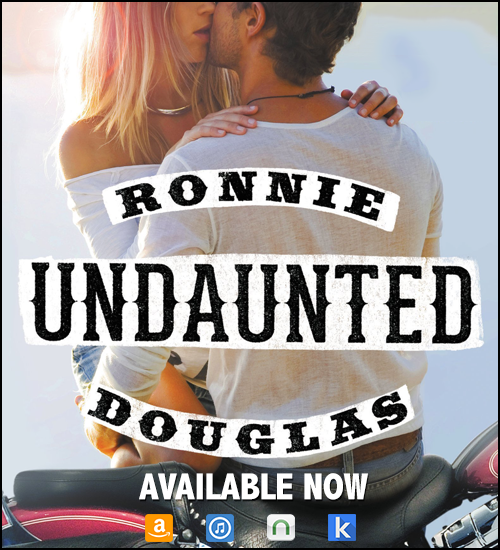 Music is how I get into any mood. Writing romance is part of writing most of my books, so I have a few years of trying out different strategies. Often, though, I just turn on my music and let go.  I don’t need a special room. In fact, for the sequel to Undaunted, I wrote the sexiest scene in the book while I was at a layover in Iceland.  It made me giggle out loud at one point to realize that I was in a lounge with all these businessmen in their suits, and I was curled up in a chair sipping my tea and writing a sex scene.

My default was Lana Del Rey, but I use music to tweak my moods, so depending on what mood I needed, I’d swap out to a specific song and just play that song on repeat for the emotion I needed to call up.  A few of the ones I used were:

Rihanna “Pour it Up”

Missy Elliot “Get Ur Freak on”

Charlie Worsham “How I Learned to Pray”

Ha! I’m always baffled by this one. Riding is amazing. In four decades of life in which I’ve been on bikes, I’ve only ridden Harleys or Triumphs, so my answer is specific to those, not the other sort! The scenes where my characters are on a bike (which are in not only Undaunted and Unruly, but also in Graveminder and in my self-published book Unfiltered & Unlawful) are based on my own feelings.

There’s a freedom, an adrenaline rush, and a sliver of danger at being on a machine with that sort of speed and no real protection if you crash. There’s a connection between riders and machine that is greater than in a car (even a stick shift, which is what I prefer in cars).  There’s a connection between driver and passenger on a bike.  It’s like an intricate dance at times, but you are partnering with a man, a machine, and a road which hides threats.  It’s one of the things I love most.  (And, yes, there is a Harley in my garage.)

Ronnie Douglas is the writing name for a multiple New York Times bestselling author. Drawing on a lifetime love of romance novels and a few years running a biker bar, she decided to write what she knew—dangerous men with Harleys and tattoos. Her debut “Ronnie book” was indie-published as part of a series she created and wrote with friends in 2014.