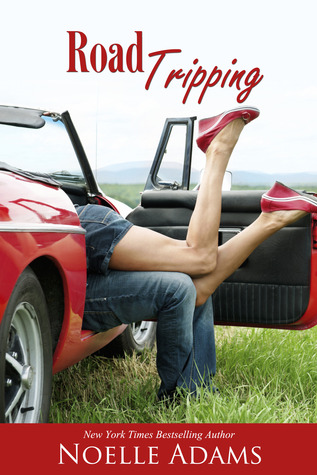 Ethan was Ashley’s secret crush, until he became an asshole.Asshole is too good a word for him. It’s bad enough that he stopped talking to her brother, who was his best friend since preschool. It’s even worse that he went wild and got involved with criminal types. But the worst thing of all is the way he trapped her on this ridiculous road trip.That’s what it is. Ridiculous. It just isn’t normal for a girl to get dragged from Virginia to South Dakota in a stolen car with just $1000 in cash. With Ethan Moore, who is way too hot and way too infuriating to be tolerated. But she’s stuck with him on a trip that is taking way longer than it should, sharing cheap hotel rooms, destroying cars, and eluding bad guys.Yep. There are bad guys chasing them. Even worse guys than Ethan, and that’s saying a lot.Plus, she’s having trouble keeping her hands off Ethan. In fact, she’s falling for him hard—when she isn’t wanting to wring his neck.So, for two crazy weeks, her pride, her heart, and her life are all threatened. Ashley isn’t sure which she’ll lose first. 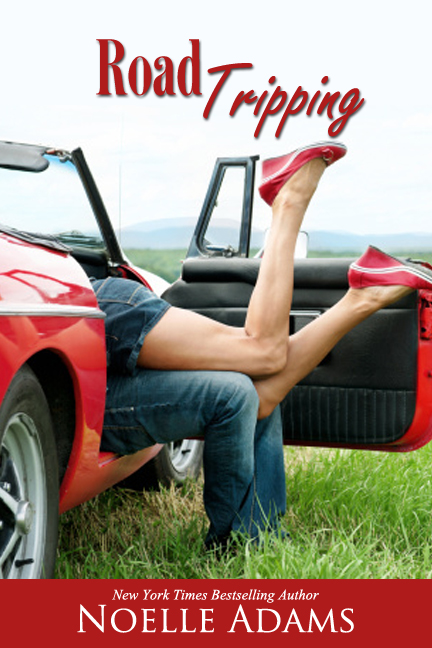 Their stolen car was low on gas, so they had to stop at a travel plaza off the interstate in Beckley to fill up. Ashley went in with Ethan as he paid so she could go to the bathroom, and they were walking out together when they saw a police car parked not far from their car.

Two officers were standing nearby, talking.

Ashley jerked to a stop, her heart jumping into her throat.

“Don’t look so guilty,” Ethan said, stopping beside her. “They’re probably not paying any attention to us.”

“What if the car was reported stolen?” Ashley crossed her arms tightly across her chest, thinking about how all her hard work at being good over the last eighteen months would be thrown out the window if Ethan got her arrested. “What if they’re trying to act casual and are waiting to see who gets in the car?”

“I doubt that. They look like they’re just killing time.” Ethan’s tone was laidback, but he didn’t move forward to the car, so he must not be absolutely sure.

“We can’t just stand here like this in the middle of the lot for no reason.” When she saw one of the police officers glance their way, Ashley pretended to be straightening Ethan’s shirt. “We’ll look suspicious, even if they’re not waiting for us.”

“I know that. Pretend we’re having a conversation, and it got so intense we had to stop.”

Still fidgeting with the buttons of his camp shirt, she couldn’t help but notice that the t-shirt underneath was so thin it was almost threadbare.
“You really need to dump this stupid t-shirt.”

“What are you talking about?” His body stiffened, like he was offended.

Leave it to Ethan to not care when she insulted him or swore at him but get all upset when she threatened his favorite t-shirt. “You’ve had it since you were in high school. It’s falling apart. I’m surprised it even still fits, since you were skinny back then.”

He frowned. “I wasn’t that skinny.” Despite his frown, there was an unexpected warmth in his eyes that she used to see there a lot.

“Yes, you were.” She couldn’t help but feel a sudden wave of fond memory at the thought of Ethan in high school. He’d made her laugh and teased her and had once he’d gotten into a fist-fight with a guy who had stood her up for the Christmas dance.

Even Mark hadn’t done that much for her.

“They’re looking at us,” Ethan murmured, his eyes still soft with that something. “I’m going to do something so we don’t look suspicious, so try not to get all upset about it.”

She had no idea what he was going to do. She was too distracted by the memories.

So she was stunned when he raised a hand to the back of her head and then leaned down to kiss her.

She’d never kissed Ethan before, and she had no desire to kiss him now.

He was smug and obnoxious and infuriating, and he’d brought nothing but trouble into her life.

She didn’t pull away, though. At first, she was so surprised she couldn’t. Then, when his mouth started to move against hers and he eased her closer against him, she didn’t really want to pull away.

It felt good. Amazing. He was a really good kisser. He was Ethan. And she wanted to kiss him back.

When she realized that she was genuinely responding, she sucked in a breath and tried to pull away.

“Don’t,” Ethan murmured against her mouth, holding her head in place with his hand. “They’re walking toward us.”

So she couldn’t pull away like she wanted—since kissing him was a better option than being arrested. But her heart was pounding painfully, and she fisted her hands in his old t-shirt to channel her surging nerves.

“Not in the middle of the parking lot, kids,” one of the policeman said as he passed. “At least make it back to your car.”

They broke apart, and Ashley heard herself giggling as the anxiety eased into relief.

“Sorry, sir,” Ethan said, much more compliantly than he would ever respond under normal circumstances.

So they returned to the car, which the police obviously hadn’t flagged as being stolen.

Ashley, feeling an intense wash of guilt and confusion, rubbed at her mouth with the back of her hand. She shouldn’t have liked kissing him so much. Having feelings like that would throw her whole life into a mess.

“Sorry,” Ethan said, obviously noticing the gesture. “I wouldn’t have done it if it hadn’t been an emergency.”

He didn’t reply, and Ashley was so embarrassed—thinking that he might have noticed she was an enthusiastic participant in the fake kissing—that she pretended to take a nap.

Noelle handwrote her first romance novel in a spiral-bound notebook when she was twelve, and she hasn’t stopped writing since. She has lived in eight different states and currently resides in Virginia, where she teaches English, reads any book she can get her hands on, and offers tribute to a very spoiled cocker spaniel.

She loves travel, art, history, and ice cream. After spending far too many years of her life in graduate school, she has decided to reorient her priorities and focus on writing contemporary romances.