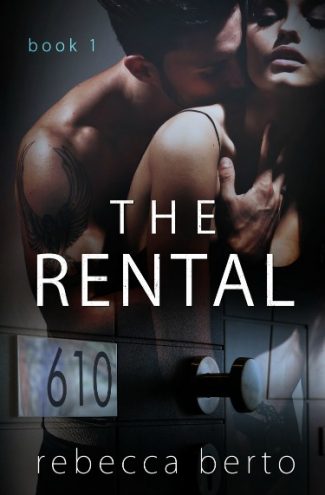 At first, Rick Delaney watched Vee Wyland with the hungry eyes of a fox as if she were a rabbit … his rabbit. But one day, he slunk away without notice.

Months away from graduating high school, Vee’s life is on the verge of crumbling. At home, dire finances and long hours test her family. Her boyfriend hardly pays attention to her. And she can’t shake her feelings for his older brother, Rick.

Then, all in one night, tragedy tears her teetering life into shreds.

When Rick and Vee reunite, the sparks fly. However, she unwittingly signs away a future for both of them. In his world, a place called The Rental, she becomes Victoria and Rick becomes Rhett. One part of her watches with fascination, while the other unfurls and embraces her sexual awakening. It began as a game, but the consequences are real.

Following their heart’s desire is forbidden, but walking away could strip their hope for a future. 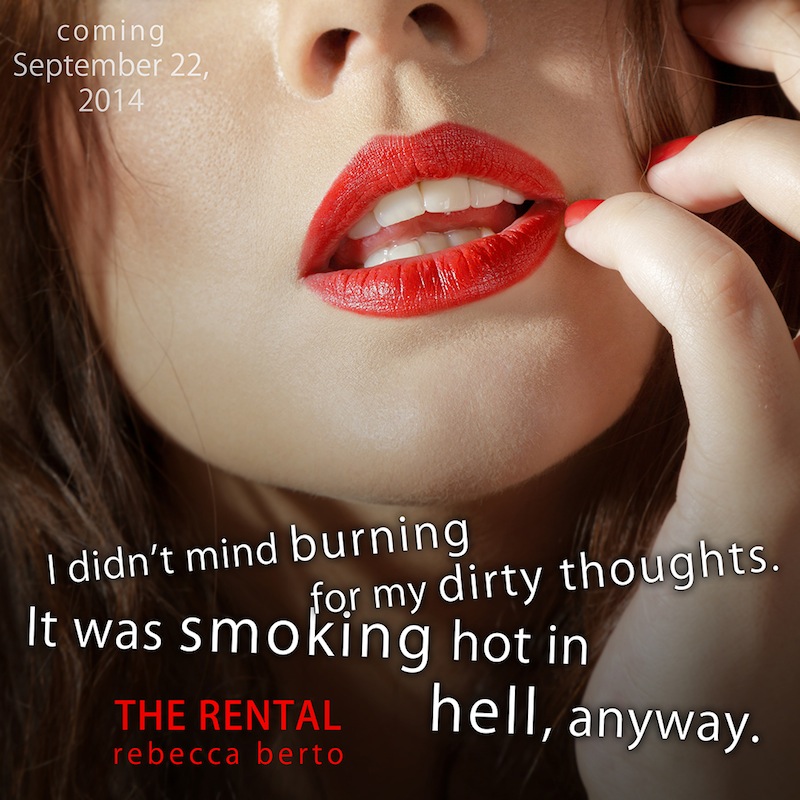 The strippers arrived at midnight, and we could hear their voices from the entry oozing with sex. They went to the garage and everyone crowded around, even those who lurked in small groups outside the front or inside the living room. But the crowd was too large and people spilled into the paved section out the back. Cara, myself, and the other girls linked hands and pushed with the crowd to secure a good spot.

We were in the second row in a circle. In the centre were three chairs, and two guys helped set up poles. To the side lay a long table with some gifts for Rick. I wanted to give Rick my own personal gift, although the girls freeloaded tonight. He and I were barely friends, but I felt compelled to get him something. On one side of the gift table was a box with a slot at the top. I left momentarily to put a ten-dollar note in, and then returned to watch.

It took fifteen minutes for everything to begin but when it did, my heart sped up, and I could hardly think past the excitement. The memory of Rick and me in the laundry had my heart fluttering yet pounding with confusion, and all I knew was I wanted to see more of this guy.

Justin stood in a clump of guys on the opposite side. I hadn’t seen him for over an hour now, and I kept holding my gaze his way in hope he looked, but he was interested in what was about to unfold. He fell into a daze, stared at something or nothing, and then snapped himself back to the scene.

But, Rick—he watched me and held my gaze.

He stood with his arms crossed over his chest. Did he know his biceps bulged like that? Or two veins on either side of his neck were strained? And his tightened lips … did he know how controlled and stern he was? There wasn’t a side to him that didn’t appeal to me.

My mouth was dry and it became impossible to swallow. I ran my tongue over my lips and ran my fingers through my hair. I lifted it up over my shoulders and lolled my head to allow air. When I looked back, Rick had a grin on his face. I feared he knew a whole lot more than he should, probably more than I knew about my own thoughts.

They started chanting Rick’s name, so I joined in. The strippers quickly discovered who he was and strutted up to him. One grabbed his left hand, one his right and the other pulled him forward with the hooks in his jeans.

The middle stripper kicked Rick down with the tip of her stiletto. He crashed into the chair, fingers curling around the arms tightly.

“So,” Justin continued, “Rick needs to be cleaned. He is a naughty boy who hasn’t been home for over a year. Now he’s back and his clothes are filthy, his mouth needs to be washed out, and he probably needs some attention down below.” Raising his voice, he said, “What do we think, guys?”

The DJ restarted the music as all three strippers magnetised to Rick. One unbuttoned his shirt and tore it off. The other was on her knees between his legs and undid his jeans. I took deep breaths to calm down, but it was hard with Rick lounged back on the chair, arms spread over the sides, and his hands clenched around the ends—probably to stop himself from touching one of the girls. He widened his legs and one girl fit in between them.

Oh, and that little, incy wincy,

teeny weeny factor he had nothing on

besides his royal blue briefs.

I wasn’t sure I could wear that colour again.

The strippers tortured him during their dances. He looked up and down at them or called out to the boys, but not once did his briefs tent up. In fact, from his glazed expression, he was miles away with consuming thoughts, such as those ones that overtook him in the laundry earlier. He—I even dared to think—looked possibly bored as those three slim and sexy strippers tried to please him.

The strippers continued, attending to Justin’s requests. One opened a bottle of water and decided both her and Rick need cleaning. She tipped her head back, breasts cradling Rick’s face and poured the bottle down, water gushing all over them. Rick jerked back and forward into her with the shock of the water. Another girl was behind him, and her hands ran up and down his chest. After soothing him, she toed one of her feet down the side of his face, down his chest, along his briefs and back. The other danced by herself, touching her curves, and stripped for Rick to watch.

Something about their confidence reeled in my interest. The way they laughed louder, danced more seductively, flirted heavily with what they could and couldn’t do while bare-chested and near naked looked natural. My body flushed, but it had nothing to do with embarrassment. A sensation had released in me, and it was similar to when I slammed into Rick’s chest at my house.

Two of Rick’s friends soon sat down in the chairs next to Rick, and the strippers departed. They gave both of the other two lap dances. Apparently, Rick would get some more attention later, but he called it quits for now, needing ‘space.’

I left also, heading to the laundry room. Ditching that cool cup of ice water had been a mistake. I needed a bath of ice water. And a fan. 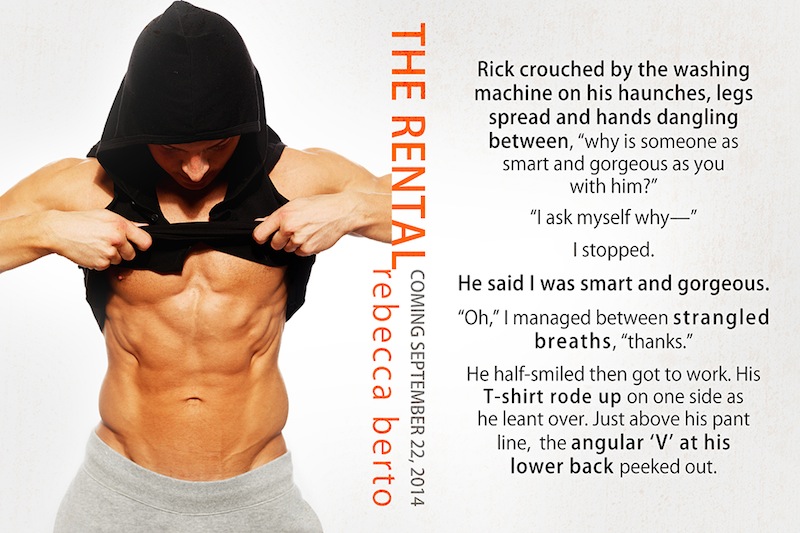 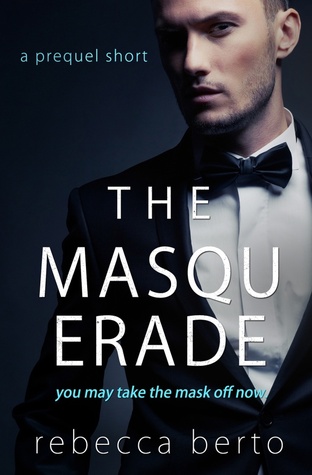 Nineteen-year-old Rick Delaney is at a masquerade party when temptation dangles in front of his eyes in the form of fifteen-year-old Vee Wyland. Not only is she too young for him, but she’s too pure to taint with his wild ways and—worst of all—the crush of his reckless younger brother’s eyes.

Beneath their masks burns a fiery hunger for each other; however, it’s a desire they must quell. Their situations are fraught with risk. But age isn’t the only obstacle. Dark secrets brew between their ongoing game of masquerades. And it might just spell the end before they get a proper beginning.

* This book does not contain underage sex, but it is sexually explicit. It is a short prequel and can be read before or after reading The Rental. *

Rebecca Berto writes stories about love and relationships. She gets a thrill when her readers are emotional reading her books, and gets even more of a kick when they tell her so. She’s strangely imaginative, spends too much time on her computer, and is certifiably crazy when she works on her fiction.

Rebecca Berto lives in Melbourne, Australia with her boyfriend and their doggy. 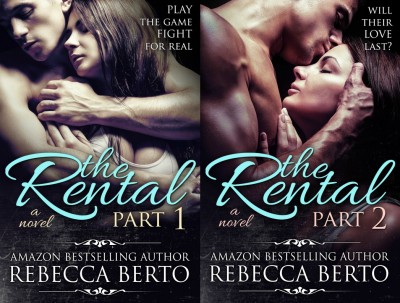 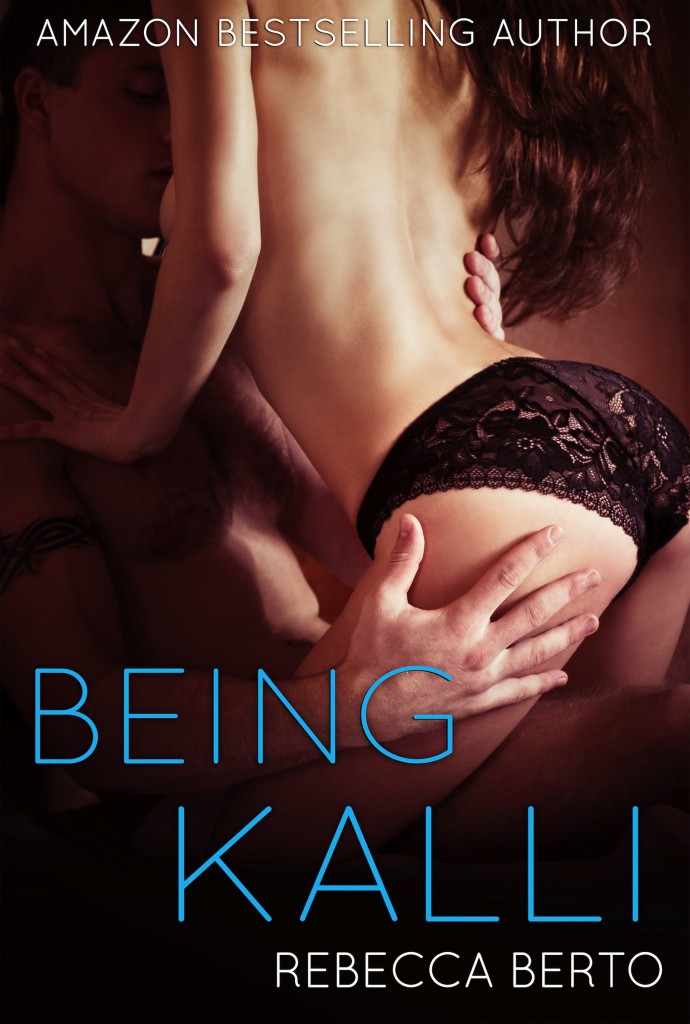 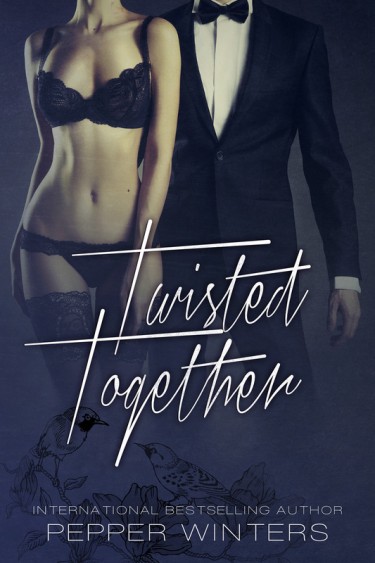