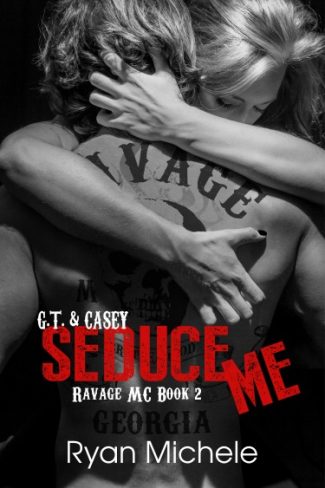 Casey Alexander grew up part of the Ravage Motorcycle family since the day she was abandoned by her mother and thrown into her father’s lap. Always seeing herself as an outsider, she spent her whole life trying to fit in, but never really succeeding. When she loses her beloved father, the utter aloneness engulfs her, leaving her searching for solace in the one man she’s always craved. Confessing her love for him only results in devastation when he pushes her away. Convinced she needs a fresh start, she leaves everything behind in order to mend her broken heart and begin building a future without him.

Gage Thomas (G.T.) Gavelson fell in love with his Angel when he was just a pint sized kid. Both beautiful and smart, he always felt she deserved so much better than him. Growing up beside her in the club only continued to test his will power, until one night, he gave into temptation. Realizing he couldn’t allow himself to hold her back from the life she deserved, he pushed her away, allowing her to believe she would never be enough for him. Letting her go had been the hardest thing he’d ever done. Even though he’d thought it’d been the right thing to do, not a day goes by that misery doesn’t consume him for it.

When a tragic shootout occurs, everything changes as once again their lives are intermingled. When you find your way back to the one person you are meant to be with, forgiveness should be easy. But sometimes, we hurt each other too much to ever be able to forgive.

Is their love strong enough to heal their pain? 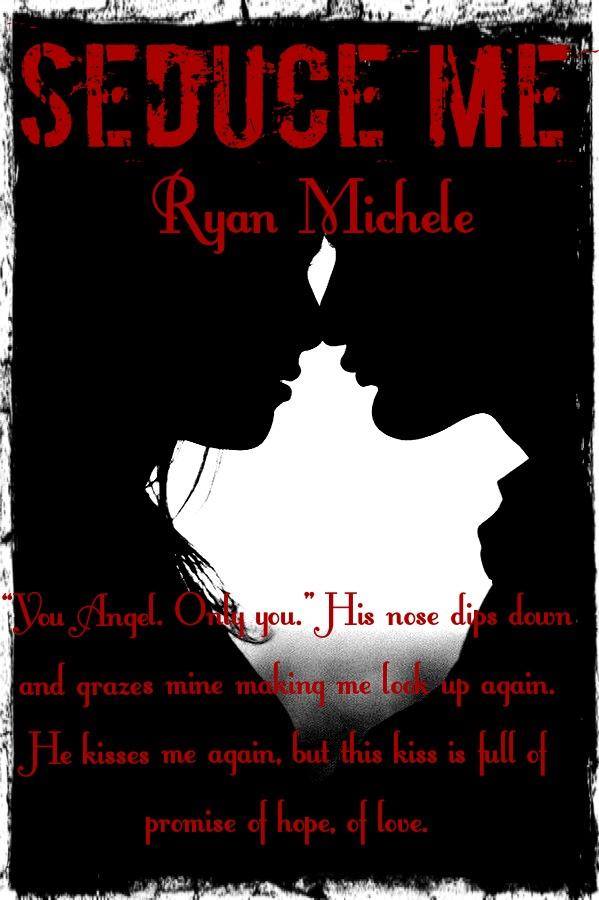 The morning air strikes across my skin as I step out of the clubhouse slowly walking to my car. I’ve had to say good-bye to Harlow twice now, but this one is by far the hardest. The weight on my shoulders is bogging me so far down; my legs find each step difficult. I do not want to leave. This is my home, the only life I’ve ever known.

And my only connection to my father Bam, but it’s what must be done.

I place my hand on my stomach closing my eyes and breathing in deep the air rushing through my lungs. It’s funny how life repeats itself. I think that it’s Dr. Phil that says ‘past behavior predicts future behavior’and to hell if that isn’t the truth.

Walking up to my white and red Chevy, I slide in slowly turning the key into the ignition, the car roaring to life. My eyes focus on the garage and my heart sinks as I slouch in my seat, the weight becoming too much. Hours I’ve spent inside that building learning, but the best were the ones I spent with my Dad side by side under the hood of this car. He spent such meticulous time teaching me everything he could, always patient and answering the thousands of questions one at a time. It was the best time of my life.

Growing up in the club had its difficulties, but with each challenge that has been thrown in my face, I came out a stronger woman because of it.

I never knew my egg donor of a mother, who happened to be a club momma. As soon as I popped out of her stomach, she handed me over to Bam and never looked back. I don’t even know her name and at this point in my life have no intention of ever finding out.

I rub my stomach and disappointment scatters through my body. How could someone just dump their child and never contact them again? Never want to watch them grow up? The thought is just inconceivable to me.

Even though it doesn’t make sense, it’s what mine did. Bam never had a choice on whether to raise me or not, but I never once felt like a burden on him. True, my life growing up was very different from the life of my other schoolmates, but I loved it and wouldn’t change a thing.

For me, being strapped to a Harley before I could walk and attending parties where guys smoked cigarettes, drank booze and kissed barely clothed women was the norm. Watching fights break out over stupid shit almost every single day is the way of the club. Don’t get me wrong, I was always cared for, mostly by Bam, but when he was busy, the throng of club mommas entered in and out of my life to temporarily care for me, none ever staying long enough to form any kind of connection to.

Bam was there though as much as he could be. He’d have tea parties with me and play this wrestling tickle game that always sent me into fits of laughter. I loved him…I still love him. His life lessons were the best education a little girl could have. I never had to ask him, it was like he knew what I needed when I needed it.

When the time came for boys, he always told me that no man is good enough for my baby. At the time, I rolled my eyes, but now I crave to hear those words come back out of his mouth.

I hang my head down to my chest willing the tears to stay at bay. I will not cry. I’m stronger than that.

Bam was able to do it, raise me that is. Even with the struggles, he did it. I can too, but in order to, I need to get away from here and find out who I am. I need to do better for myself and for my baby, my family. I want a life here, but unfortunately that is not possible right now. It’s not my choice, but that of my baby’s father.

Even though he doesn’t know about this precious gift I have growing inside of me, he’s made it perfectly clear that he doesn’t want a life with me anywhere in it. It seems he’s too interested in chasing pussy to ever settle for just one. It guts me and shreds my heart that I’m not good enough. But I’m learning to accept it, even if it kills me. He left little room not to.

But I need to get myself together and stop with the ever impending pity party of poor me. I am not a poor me kind of woman. Thanks to Bam, I’m a grab life by the balls, deal with the consequences and make myself a future kind of a woman. That is what I am doing by leaving. I have every intention of coming back, every intention of introducing my child to his father and every intention of making my relationship with Harlow work. As soon as I have my head on straight.

Lifting my shoulders, I put the car into drive and set off for the new life that I have planned for my baby and I. 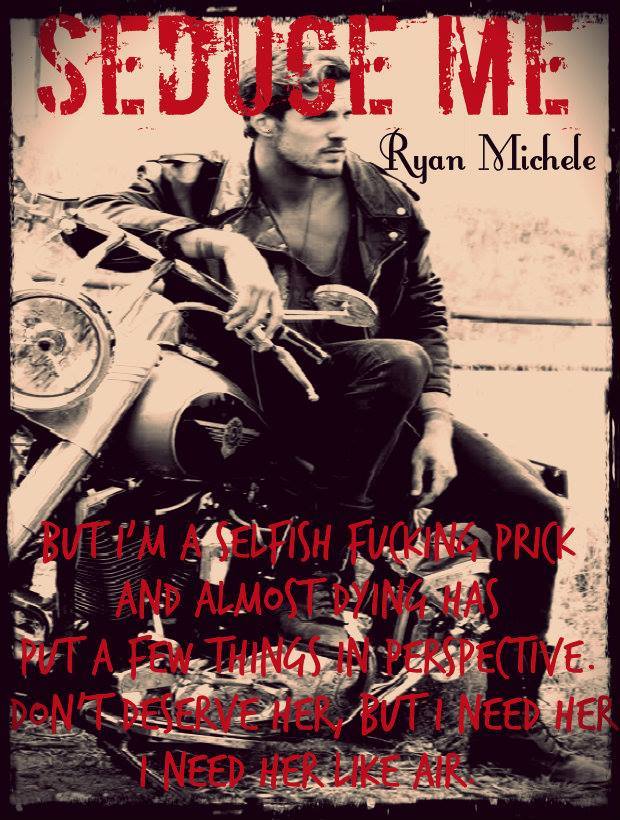 After spending the last two years stuck behind bars for a crime she didn’t commit, Harlow ‘Princess’ Gavelson’s time inside has finally come to an end, and she’s ready for revenge. Unfortunately, being the daughter to the Vice President of the Ravage Motorcycle Club cuts into her plans, as orders must be followed. Trying to settle back into this life is proving difficult when the tables are turned and the woman who framed her is out for blood. Lucky for Princess, growing up in a MC has taught her how to hold her own.After spending years in hell overseas, Donavon ‘Cruz’ came home to lose the very thing he went into hell for, sending him to the darkest moments of his life. Joining Ravage two years ago was his safe haven, and he protects his family at all costs. When a dark-haired bombshell struts into the club’s shop, he’s caught off guard but immediately knows she’s the one he’d do anything for. Tough as nails, and taking no crap from anyone, he’s captivated by a woman who could handle this life. Trying to meet the needs of the MC business and follow his heart proves to be difficult when the two collide, and lives are at stake. Can these two find a way to be together, or will the needs of Ravage cost them everything, including their lives? 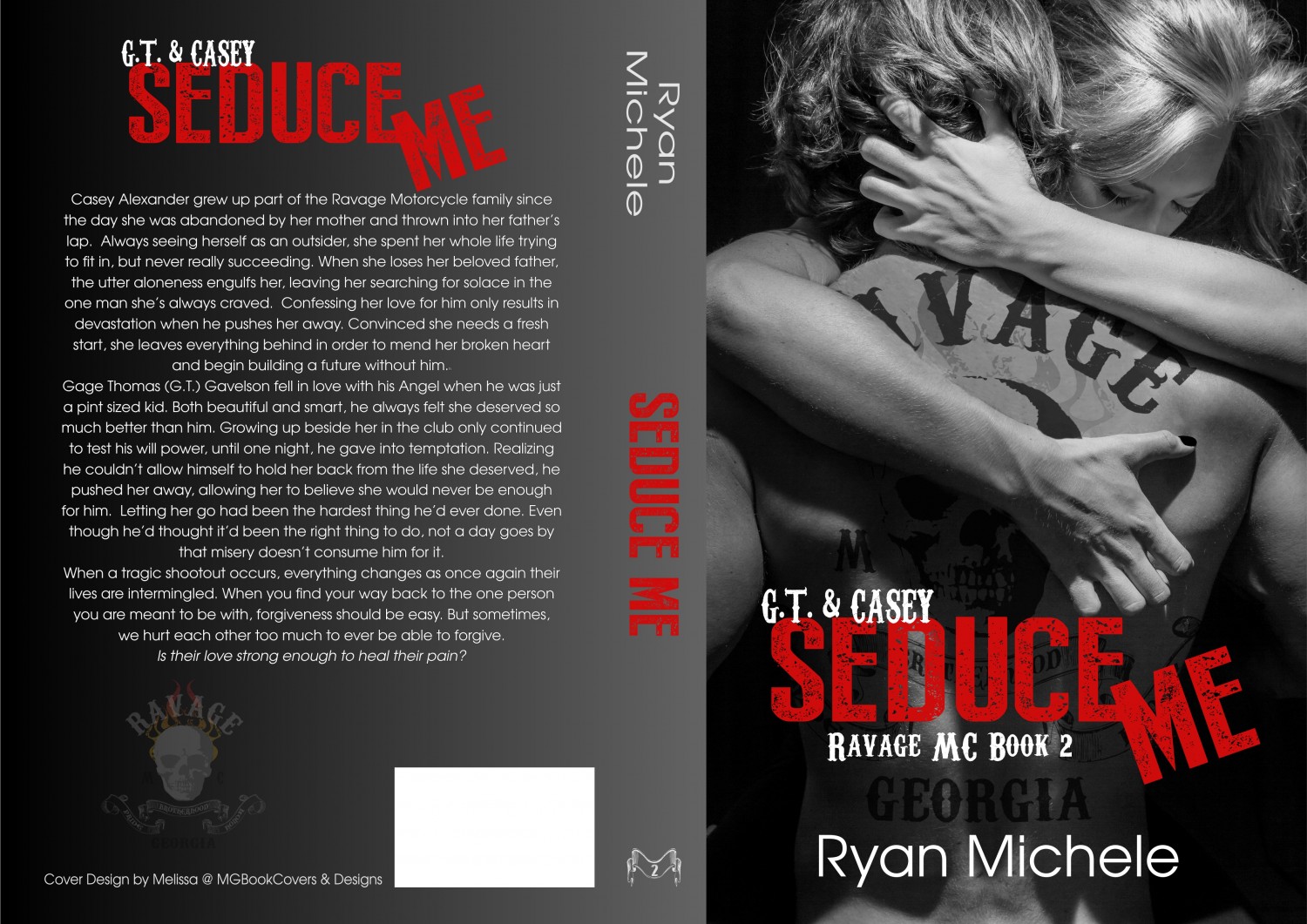