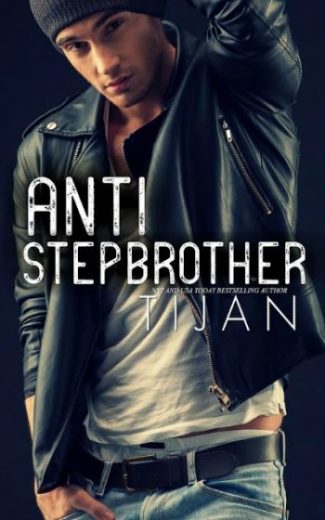 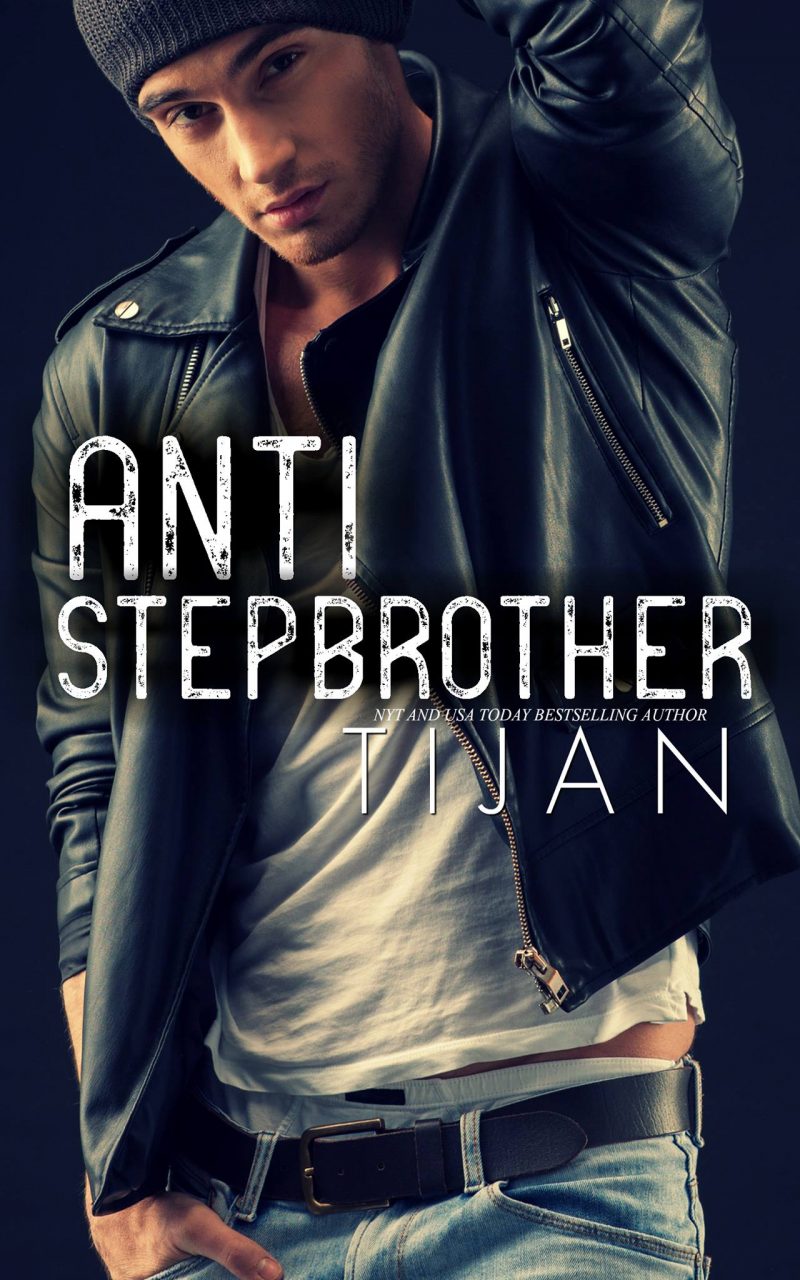 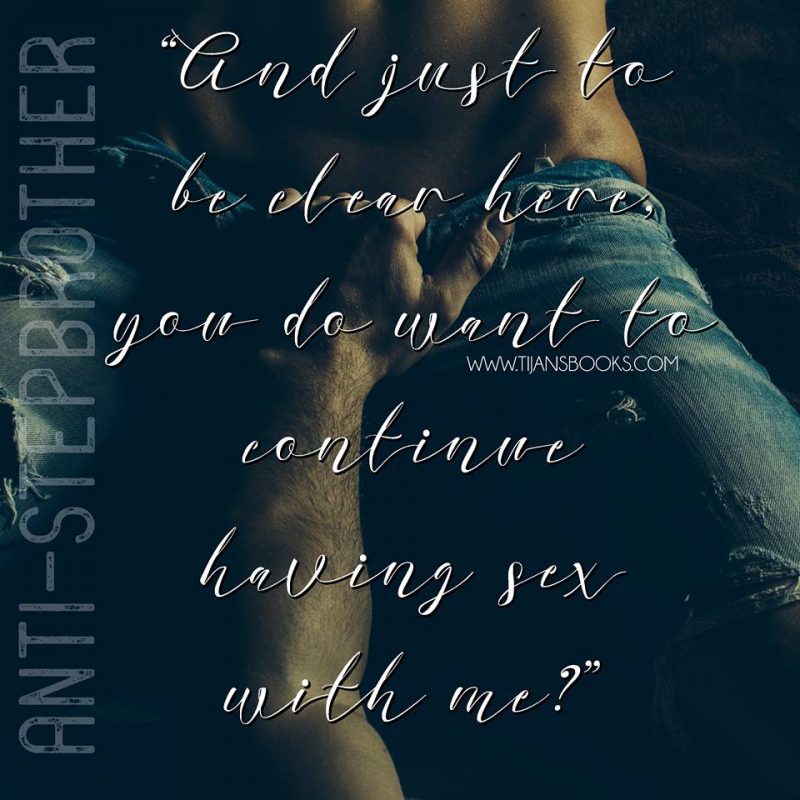 The sun shone into the room, and it took me a few moments to realize where I was. I didn’t recognize the king-size bed, or the black sheets, but then Caden walked past the open door and all the memories flooded into place.

I slept at his place.

I glanced around the bed… I slept in his bed!

“Your alarm’s about to go off in ten minutes,” Caden called from the doorway. He had a cup of coffee in hand and wore only jeans.

I tried to keep my eyes front and center, but I lost. The tattoos were a nice little zig-zag pattern, pulling my gaze down, all the way down. Caden’s slow, smooth chuckle told me he knew what I’d just done. My cheeks only warmed a little.

I shot him a look, falling back to the pillow. “I feel like this should be the first skip day of my school career.”

I shook my head, rolling it side to side on the pillow. “Am I missing out? Should I embrace my inner deviant?”

He smirked. “You can skip a class for any reason in the world. It’s your life.”

I sat up, eyeing that coffee. “You were supposed to be the bad influence.”

His eyebrow lifted. “I’m not selling it enough?” He lifted his cup. “You want some coffee?”

“I’m wondering if today is the day I try coffee too.”

“I’m beginning to think I’m lame.” I thought about it. “Really lame.”

“You slept at some guy’s house last night. Think of it that way.” His smirk was back. “Not so lame now.”

I could do one better. “I slept at a fraternity house.”

“And you drank beer.”

“It was the second night in a row that I drank beer.”

He grinned. “We cuddled last night, and you could think of it as dry humping. You almost got some last night.”

Except I hadn’t, and we were in the friend zone. Why were my hands curling around the covers into tight balls? I glanced down and forced them to loosen, then shrugged, trying to be the nonchalant badass I was.

“You carried me to bed. Almost the same thing.”

Suddenly, the joking was gone, and his eyes burned. I could feel his heat from across the room, and my body reacted, instantly warming even before he said a word.

“Nothing’s the same as sliding inside,” he murmured after a moment. “The feel of being in there, feeling that clench around you, knowing you can push as deep as you want, as hard or gently as you want. Nope. I’ve gotta step off the joke train for a moment here. Nothing is remotely the same as that feeling.”

He tossed me a look. “Maybe I’ll cop a feel the next time.”

I pretended to groan. “One more notch on my badass peg. You better cop a feel next time.”

“Is that all I am to you? A notch on the bedpost? I feel so used, Stoltz.”

Okay. My last name. We were back on familiar ground here. But my grin was still a little shaky.

“Get used to it, Banks. I’m only disguised as this plain Jane. Inside there’s a wild woman just waiting to be let loose.”

He stared at me for a few more seconds, then straightened from the doorway. “There’s nothing plain about you, Summer.” 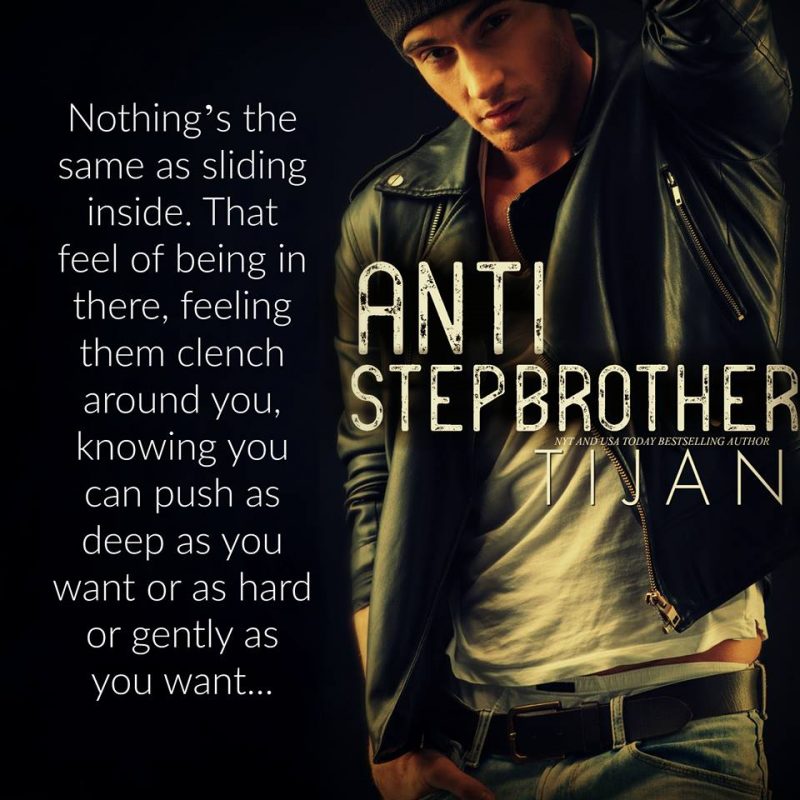 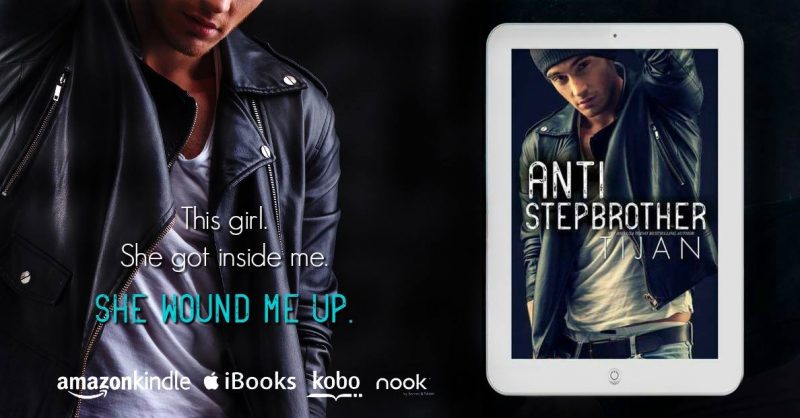 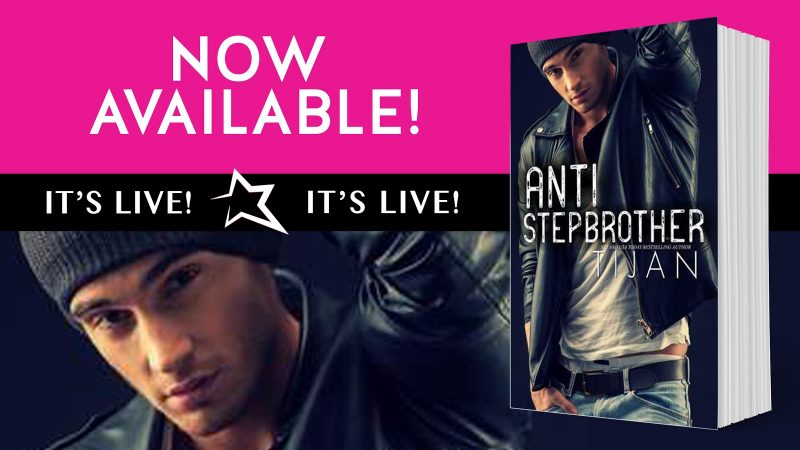