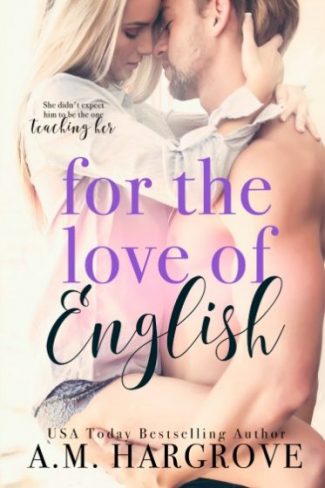 Single dad, Beckley Bridges, is sexy as hell.
No, really, he’s the hottest thing since the sun was created.
Honest to God, crack an egg on him and the thing will sizzle.

So what’s the problem?
He’s also a gigantic jerk.
I hate the bastard.
I try to avoid him at all costs.
But for some reason, everywhere I go he seems to show up.

Only the real issue is his daughter, English.
She’s an adorable quirky first-grader who’s the sweetest thing since iced tea.
And she’s one of my students but also the love of his life.
So I have to deal with him on a professional level.
It’s not easy.
On a scale of easy to hard, dealing with Beckley Bridges is like nails screeching across a blackboard.

But when English’s mother tries to gain custody after abandoning her on Beckley’s doorstep as an infant, he’ll do anything possible to keep English under his roof.

That’s how he ends up propositioning me.

And crazy as it sounds?

I find myself considering it.

Title: For the Love of English 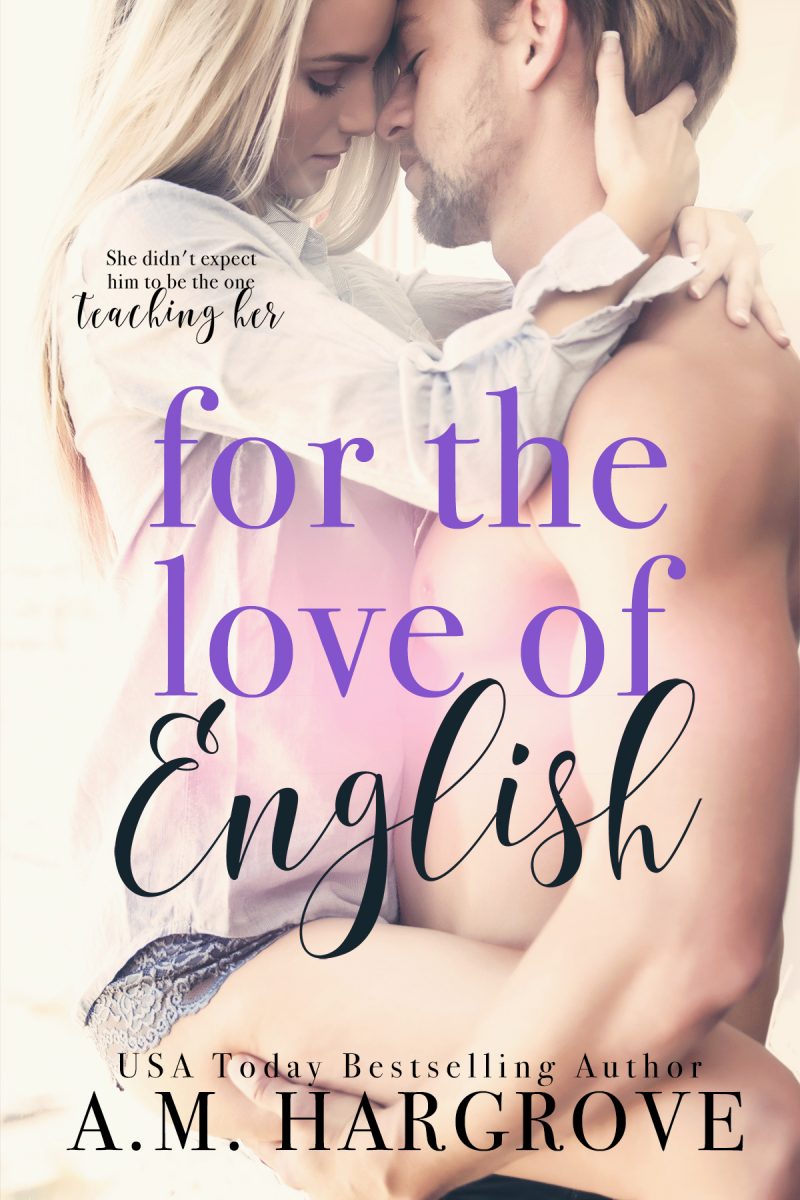 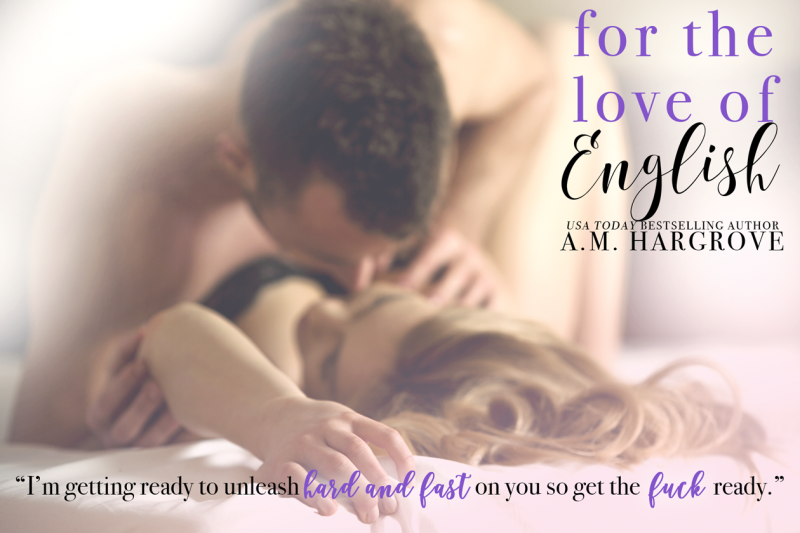 I thrum my fingers on the table. “I have to think about this. I mean, we haven’t even kissed, and we’re discussing marriage. What if I don’t like the way you—” my eyes bulge at the thought of what I was going to say.

A cocky grin appears. Damn him. Why does he have to be so confident? “Like the way I what?” he asks. He knows damn well what I was referring to.

I squiggle around in my seat.

“Does it have anything to do with fucking hard and fast?” he asks, emphasizing the last words and still smiling smugly.

My jaw nearly slams on the table.

“Sheridan, I don’t think you have anything to worry about in that regard.”

My wine glass beckons, so I grab it and chug down the contents.

“Care for some more?” he asks as he waggles his brows.

I can’t answer him, so he pours me a glass anyway. The dog. Then he leans forward and draws a circle on the top of my hand. That circle has a direct path to my girly bits, and it’s not fair at all because I honestly don’t like the man.

“You have to know I like you, and that I’m attracted to you.” What? “I’ve made no secret of it. I wouldn’t be hanging around you or spending time with you otherwise. Even if English liked you, I would’ve steered things in a different direction, made excuses to her, or whatever. But I didn’t. Because I like you. I happen to think you’re gorgeous. And sexy. And funny. And I want to kiss you and do other things, but I walk the straight and narrow because I try to be the best dad I can and set a good example. So there you have it.”

“You think I’m gorgeous and sexy? Why would you think that?” The question popped out before I could stop it.

His expression immediately changes into one of exasperation. “Why wouldn’t I?”

“Guys like me? What’s that supposed to mean?” He not only is surprised, but sounds borderline insulted by my statement.

“First, you act as though I’m blind. Second, I like what I see. And third, I want what’s right here.”

“Sheridan, I’m a photographer. I have a very good eye.”

“You may, but you haven’t seen me naked.” Then I clamp my hand over my mouth. Why the hell do I always say shit like this? I’m forever putting my foot in my mouth.

“Is that an offer?” he asks with an arched brow.

“What would your guy friends say about me?”

He lets out a derisive laugh. “Guy friends? I’m a twenty-five-year-old single dad. I was nineteen when English pretty much fell into my life. All my guy friends were frat rats who were more interested in fucking a different girl every weekend and getting as drunk as possible before they did it. Do you think they were interested in me with an infant? My guy friends dropped me like I had the fucking plague. The closest thing I have to guy friends is my dad. Parents with kids English’s age are usually older than me, married with a family, and don’t want to hang out with a young single dad. So my friends are nonexistent.”

Our fingers are touching, and his explanation suddenly makes him more appealing to me. I want this man. In my bed. I want to find out if we’re sexually compatible. But I’m pretty damn sure he’d be disappointed. On the other hand, what do I have to lose? Okay, rejection is pretty hard to take, but it sounds as though he’s sort of into me. Or at least he’s putting on a good show. At least he’s honest about what he wants from me, and it’s all out in the open.

“I have this damn boot.”

“I have an idea,” he says with a twinkle in his eye.

“You can do the rolling, and I’ll do the jumping.”

With the most serious face I can manage, I ask, “Didn’t your mom ever teach you?”

His eyes narrow, and he says, “Yeah, but it’s my bed, and I can do whatever I want in it.”

I laugh. “Not your bed. I have to sleep on the whole marriage thing. This is a lot to take in. And as much as I’d like to play roll ’em with you, I think I need to wait until this boot is a part of my past.”

With half-hooded eyes, he says, “Chicken.”

He may be right. What if we end up in the sack and I want him way more than he wants me? Or what if he thinks I’m a huge zero? And that my thighs look like they belong on an elephant instead of a human?

“Why don’t we go back to my place and watch a movie or something? I have another bottle of wine there, and we can talk about this some more.”

I shake my head. “I have a better idea. Why don’t you come to my place instead?” He knows very little about me, and if he truly wants to do this, he needs to find out more about who I am. 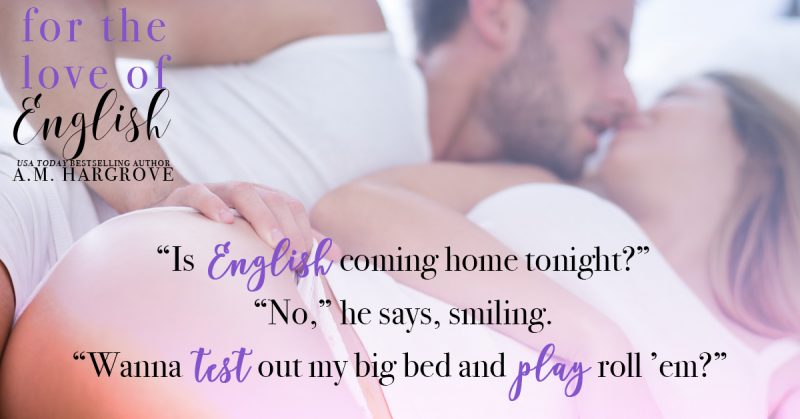 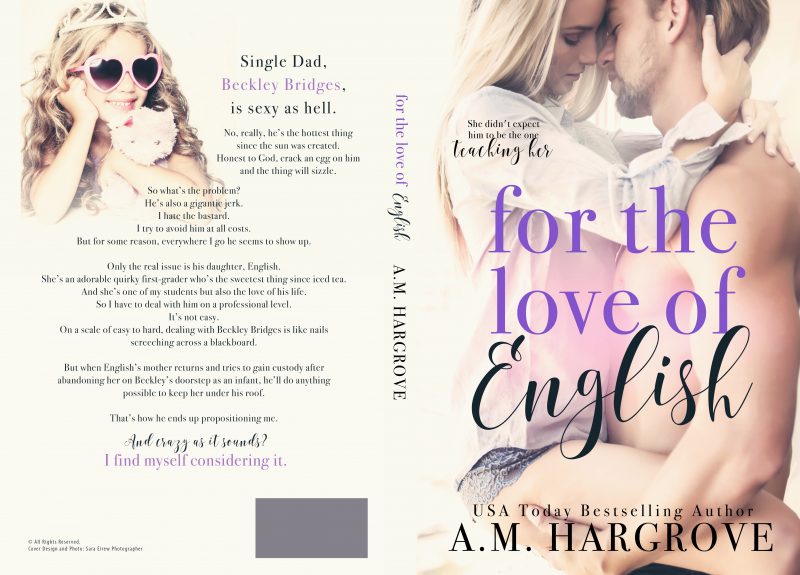