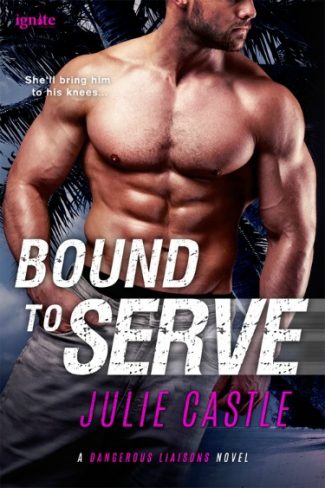 Condor earned his reputation by being Delta Star’s ultimate secret agent. He’s untouchable, unstoppable, and he always nails his targets. But no matter how many times he’s saved the world, he’s a ghost who will never take credit. He works best alone, and to continue to protect his country, he’ll stay alone.

New Delta Star field agent Bridget Jamison is obsessed with capturing Simon Perez, the elusive terrorist responsible for her ex-fiancé's death. When the Delta Star director hands the case over to Condor, a mesmerizing ghost agent who has the power to make her weak in the knees with one intense look, Bridget agrees to be Condor's partner so that she's not dropped from the case and her chance for justice.

Now they’re on a mission to infiltrate a dangerous criminal organization and capture Perez. It’s up to Condor to keep this beautiful, determined agent out of harm’s way, and to keep their explosive passion contained long enough not to risk their cover…and their lives. 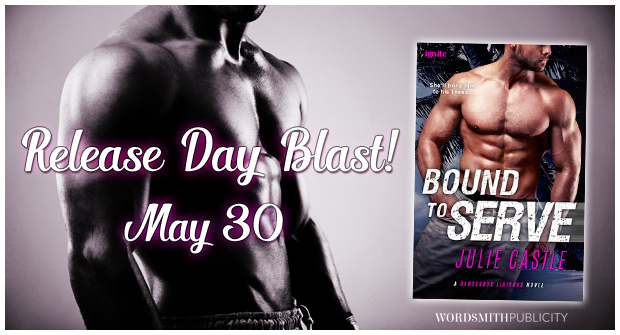 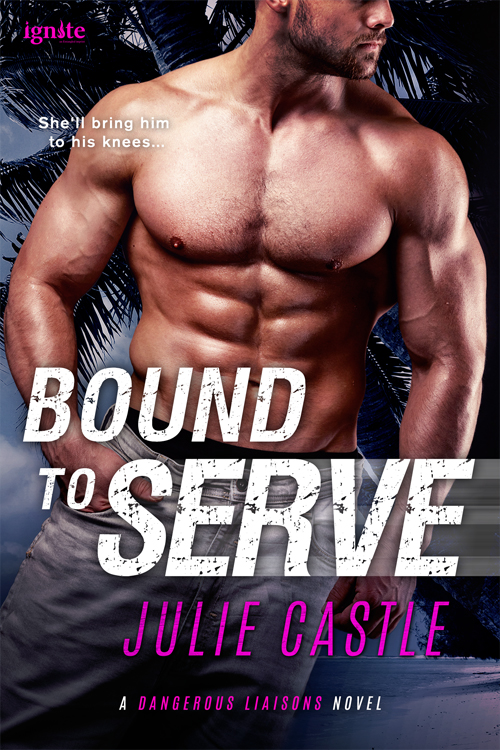 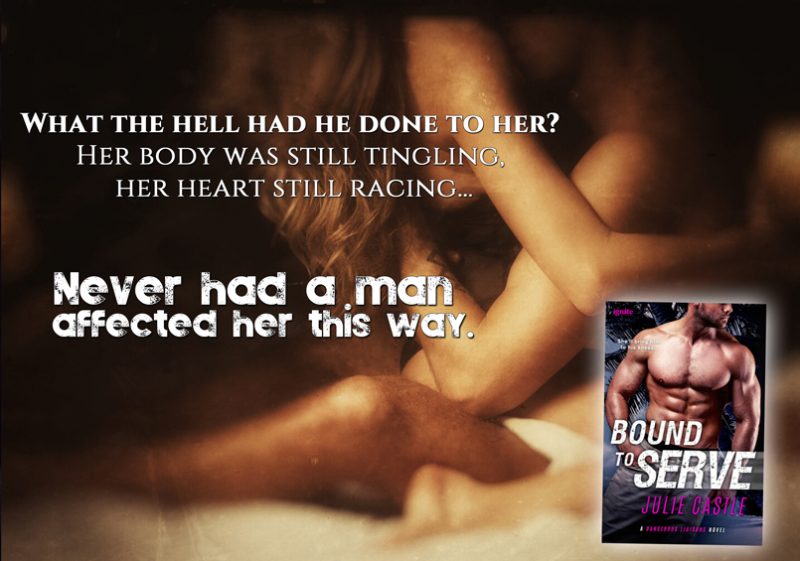 Condor walked back into the body of the Delta Star unmarked jet after conferring with the flight crew in the pilot’s cabin. The agency’s private jet bore no government markings and had filed a false flight plan. The flight to the private island would be a lengthy one and would give him a chance to work with Bridget. Bridget stood by the counter, his backpack open and the Perez file unfolded in her hands. He smiled. She’d fallen right into his trap.

Denying her access to the file had been a small test, one she’d failed miserably. He knew she was going to be trouble, and this confirmed it. Given her training, it wasn’t likely that she’d blow their cover after learning what it contained, but it was imperative that she learn to obey him. The instant she sensed his presence, she looked up at him and blushed like a guilty kid caught with her hand in the cookie jar. An instant later, her chin rose defiantly and her emerald eyes narrowed. The look charmed the hell out of him, but it was her unapologetic smile that made his heart skip a beat, while he hardened, throbbing to life. Damn, who was the master here? It was going to be a long night.

“So the creep gets his rocks off at a private island compound called the Retreat,” she said softly, then added in a scornful tone, “I’m not a bit surprised.”

Her instincts as an agent were sharp, he had to give her that, but he was keeping her in the dark for a reason. Unused to this kind of operation, she might say or do the wrong thing and risk her pretty neck. Given her personal connection to the case, and her need to avenge James Clayton, she wasn’t thinking with her head. She’d want to take over. Hell, she’d already threatened to take over, and it couldn’t be allowed. Not on Condor’s watch.

Bridget clutched the file and tried to gauge Condor’s reaction. She looked at his firm, forbidding expression, and knew without a doubt that she had crossed an invisible line in the sand. He’d ordered her not to peek, and she defied him. Now she had to pay the penalty. Damn the man. She wouldn’t have to resort to subterfuge like this if he’d share the info like a normal agent, but the troubled look in his eye told her to save her breath. He rolled up his sleeves.

“Kick off your shoes, take off your jacket and piece, and come here.”

He pushed down a jump seat, sat down, and patted his hard lap. She gulped, appalled, and at the same time fascinated as he prepared to punish her. He couldn’t mean to actually take her over his knee like she was a disobedient child. The flight crew might overhear. A look at his amused expression told her that he meant to do just that.

He was a total hunk in a rough-around-the- edges kind of way. Still dressed in his biker leathers, he looked totally indecent and totally devastating.

“You did agree to be trained. And I told you it would start immediately.”

He arched a brow and said softly, “Unless you want out. Just say the word, and I’ll turn the plane around.”

Still, she stood frozen with shock, her pulse racing, her core tightening. If he’d grabbed her and forced her to comply, it would have been so much easier, but that wasn’t his game. He wanted her to come to him, to submit, and damn—part of her wanted to obey, to find out what it was like to let someone else be in control and take care of her. 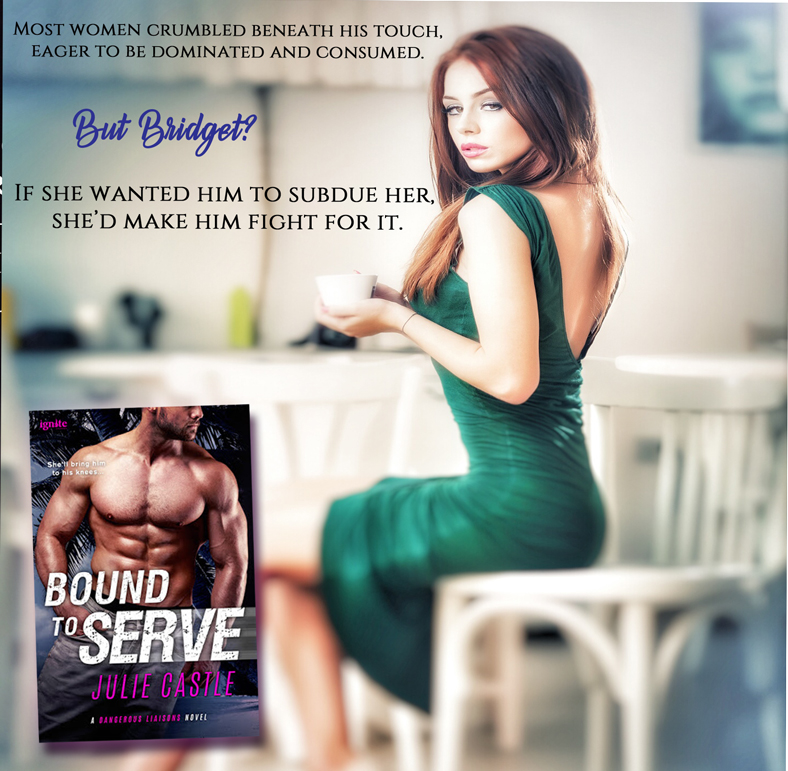 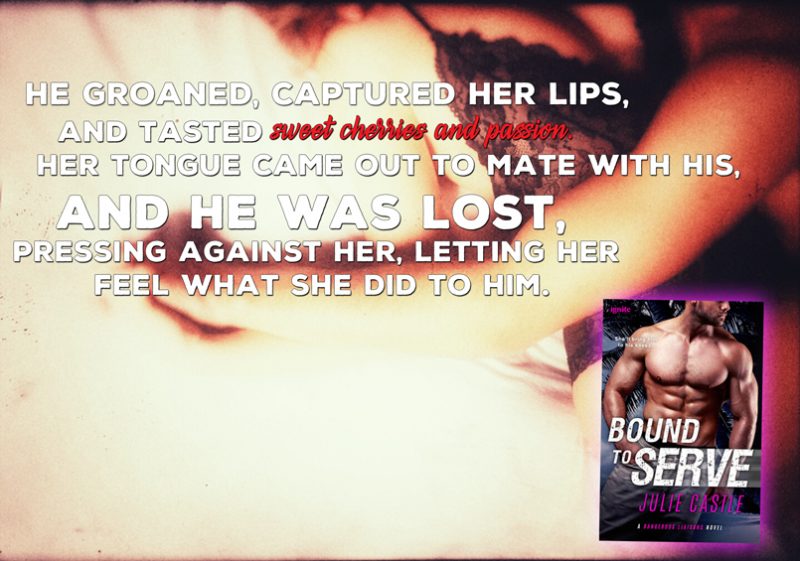 I’m author Julie Castle. I’m a natural born romantic with a modicum of artistic talent that I inherited from my mom and a love for telling tall tales that I got from my dad. I guess that set me up for being a starving artist, the biggest fibber in the world, or a romance author. I’m so glad that I chose the latter.

I’ve always had a love affair with the written word. As a child growing up in a small town I loved visiting the local library, a converted gilded age mansion, and getting lost between the pages of a book. The drafty old mansion could be a spooky place but I still loved it. I enjoyed poking into behind the scenes areas I wasn’t supposed to venture into. I’m still the same way which is why I love writing romance with an edge, paranormal, suspenseful, super sexy, or just laugh your pants off funny I hope you’ll find it in my books.